Oliver and I spent the day in the Crags and we managed to find the Deathcap which was very exciting, it is very common in the south of England but not here in the North. Macro and microscopic features were correct and after reading in Kibby, placing sulphuric acid on the gills produces a pale lavender reaction. Michael brought some acid to the HSS meeting last night and when we put in on the gills indeed it did create the pale lavender reaction that I was hoping for. I think that Oliver enjoyed finding the Beefsteak Fungus the best and he stood and played with the oozing red juice that was dripping from it and it's gelatinous upper layer of flesh and he said that it looked more like a monsters tongue than a piece of meat and I have to say that - I agree. 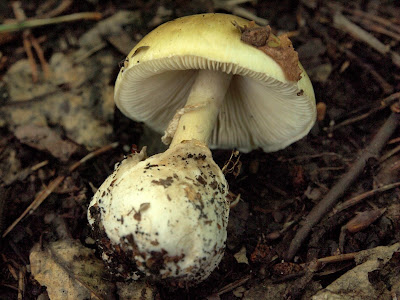 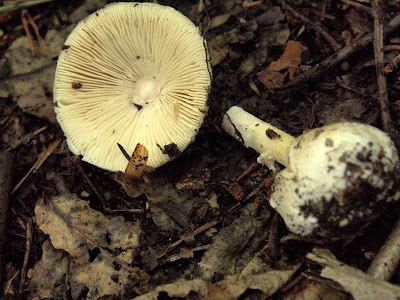 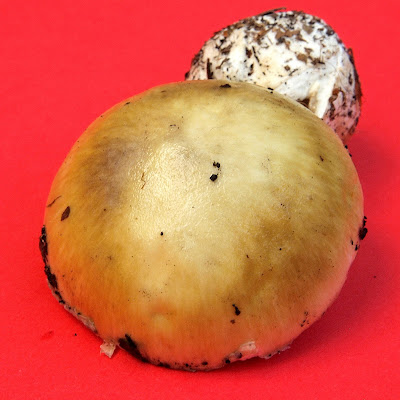 Photo of the cap taken later at home. 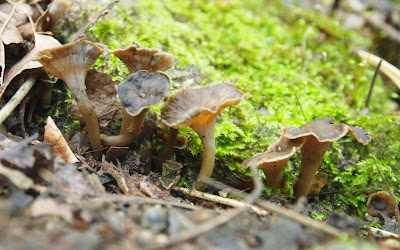 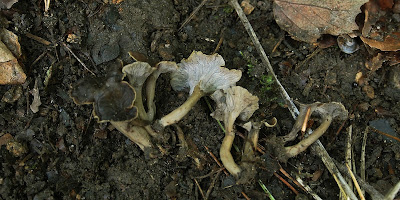 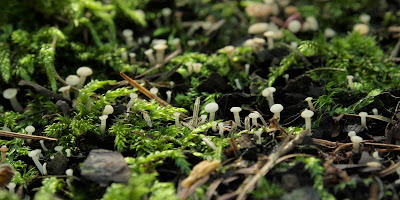 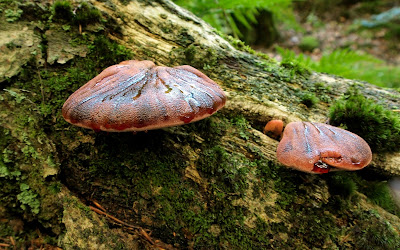 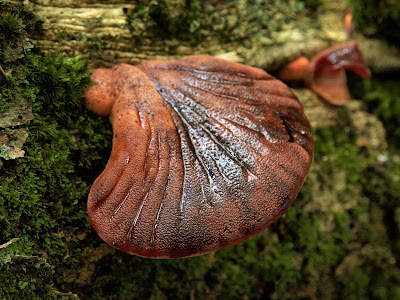 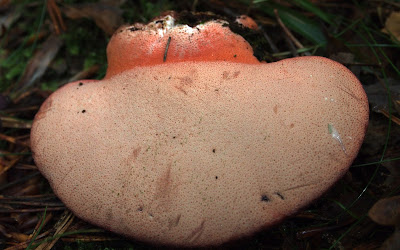 Pores of the Fistulina hepatica. 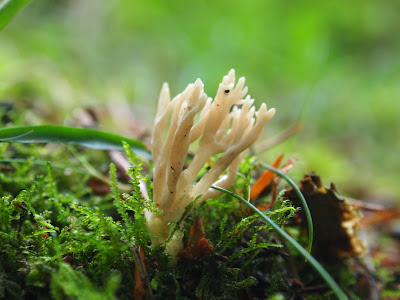 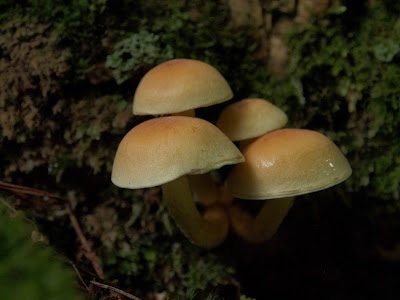