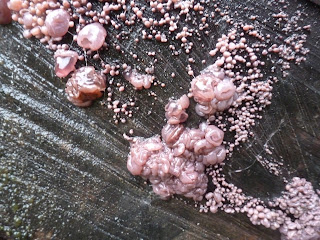 This could well be a slime-mould. It was on a dead tree stump at Ogden Res. on 16th Nov. 2016
Apparently it's a fungus - one of the Ascocoryne species, Purple Jellydisc (from Peachysteve.) 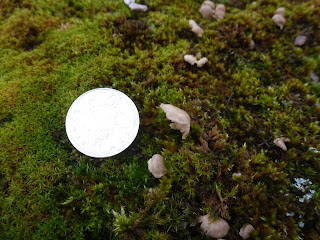 The coin is a 10p. These tiny fungi are growing with a thin layer of moss on the concrete wall-tops along the dam at Baitings Res. 20th Nov. 2016.
Peachysteve comments: Probably Small Oysterling Arrhenia retiruga, reportedly rare but apparently common. 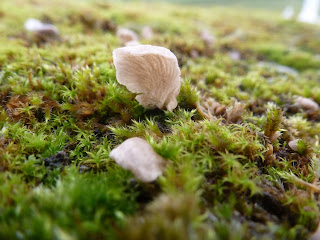 The ones with the coin above. 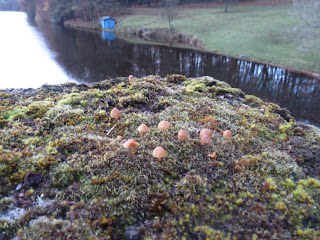 Light going by the time we got to Ryburn Res so this is the best I could get of some tiny (Mycena ?) also growng with moss on the concrete wall balustrade-tops along the dam on the same day 20th Nov. 2016.   Peachysteve comments: Probably a Galerina species, common with moss.


Posted by Steve Blacksmith at 6:32 PM