Oliver was well enough to go back to school today, after 16 days of a rotten virus, so I went for a foray. I was raring to go after being cooped up like a chicken over Christmas and so pleased to be out in the fresh air, back in the Crags. I didn't find anything I hadn't seen before, but that didn't matter! 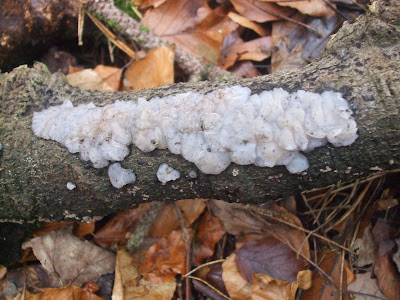 Crystal Brain (Myxarium nucleatum), revisited and it had grown considerably. 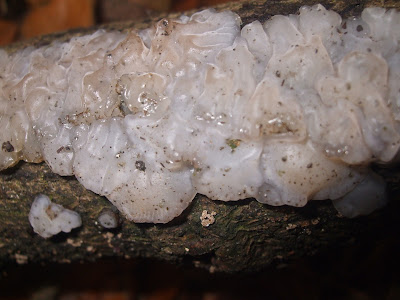 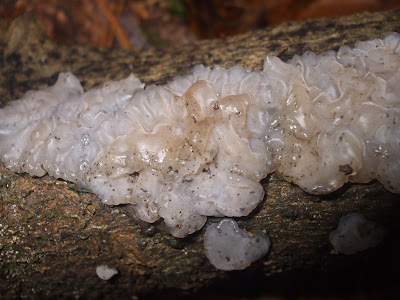 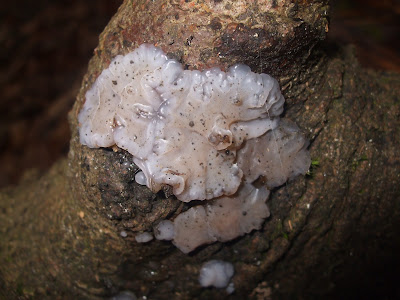 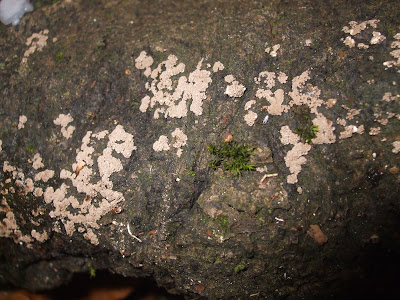 The black spheres looked like Caviar to me, however I would't fancy trying them!
I think they may be the decomposed remnants of the yellow slime mould, they were quite fascinating. 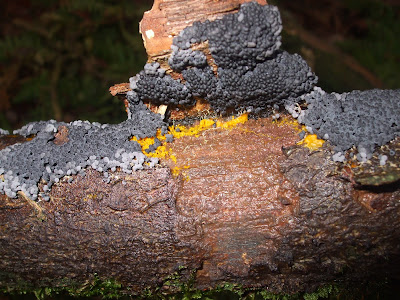 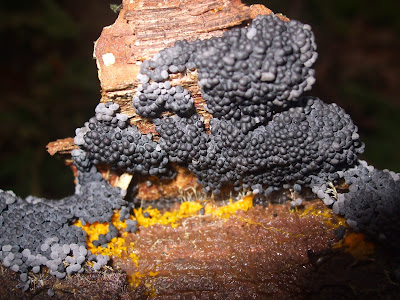 Further down the branch, it was just beginning to grow. There are three tiny projections at 12 o'clock. 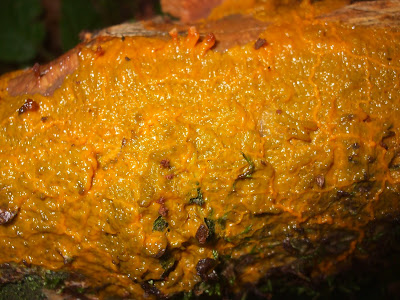 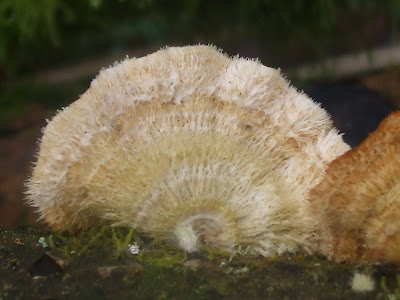 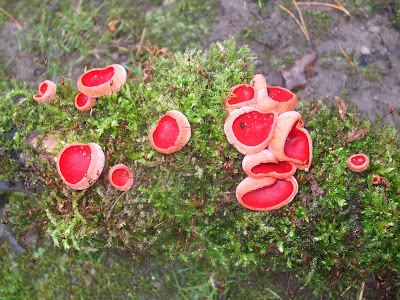 Scarlet Elfcups (Sarcoscypha austriaca). I haven't seen these in the Crags before 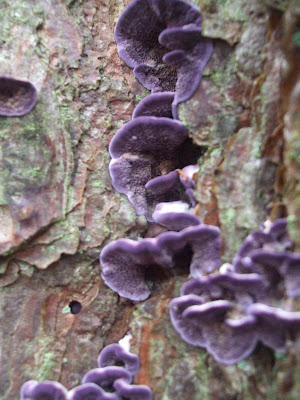 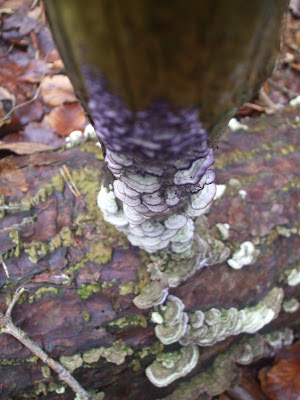 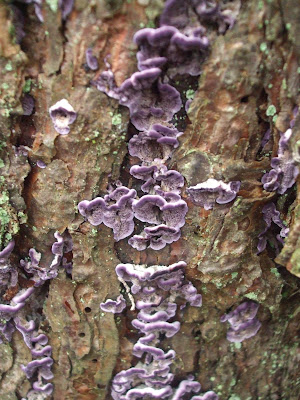