We went to the White Jelly-ear site today. Despite a freezing day and snow lying in places, there were some fascinating things to see. The snow helps by reflecting light and making things easier to see. 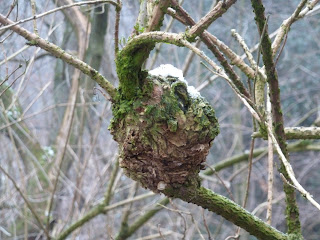 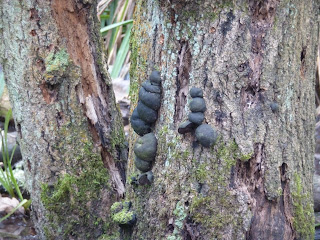 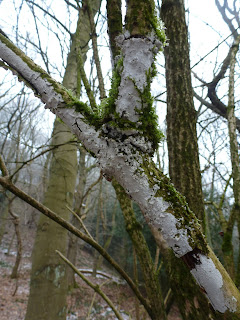 A crust fungus - Elder Whitewash  Hyphodontia sambuci
It looks exactly as if applied by brush, except it can be found
underneath loose bark. 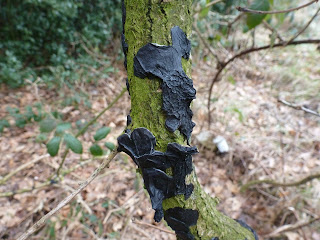 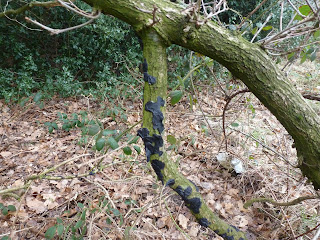 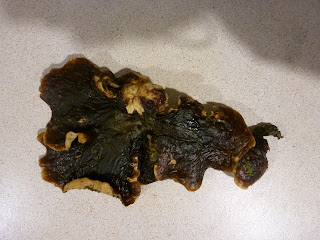 A big mass of old, frozen Bay Polypore - Polyporus durus
found by Alison Galbraith on a fallen log of an unidentifiable deciduous tree. 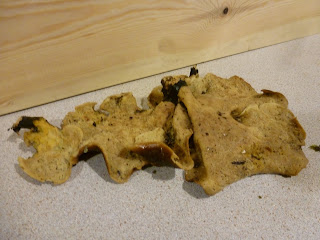 Only identified after it thawed out at home. Short stems black at the base. 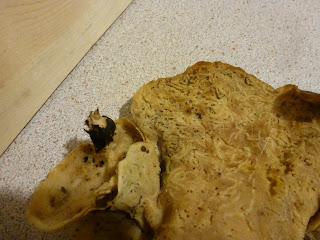 The pores much channeled by fly larvae.
19cm wide (7.5inches) - the largest of these three caps.