Oliver had recovered, but he was now back in school, so I was without my little fungi identifier. Sixteen days of illness over Christmas, I couldn't believe it. I have never seen Scarlet Elfcups before at the Crags, so it was a pleasant surprise to find them, the White Brain was still there and I found some really, guess what...purple, Purplepore Brackets too. 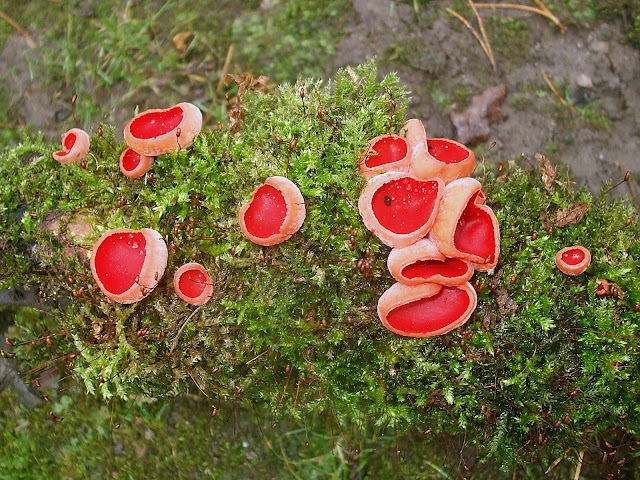 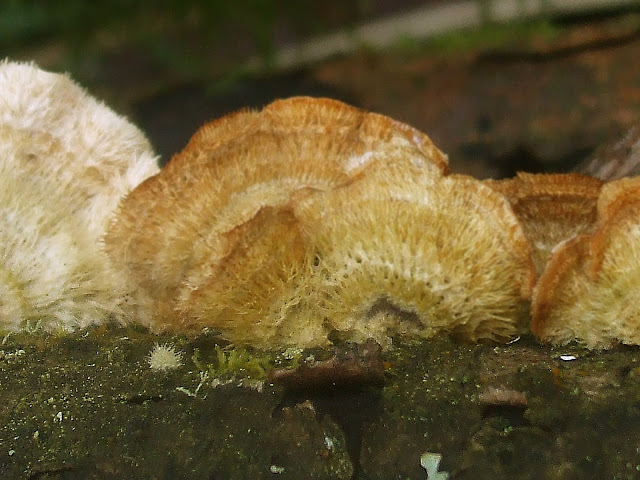 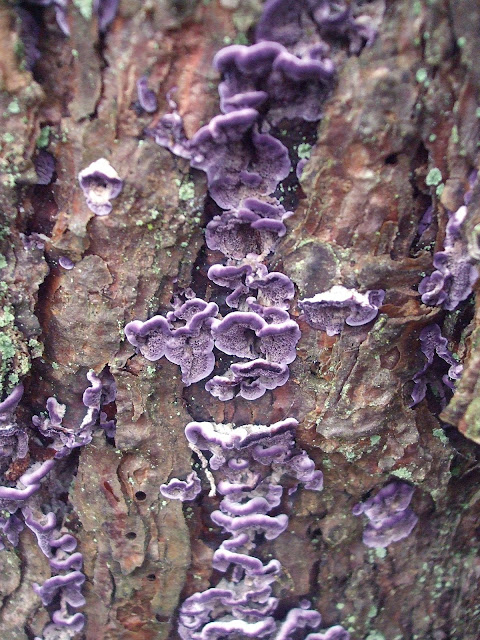 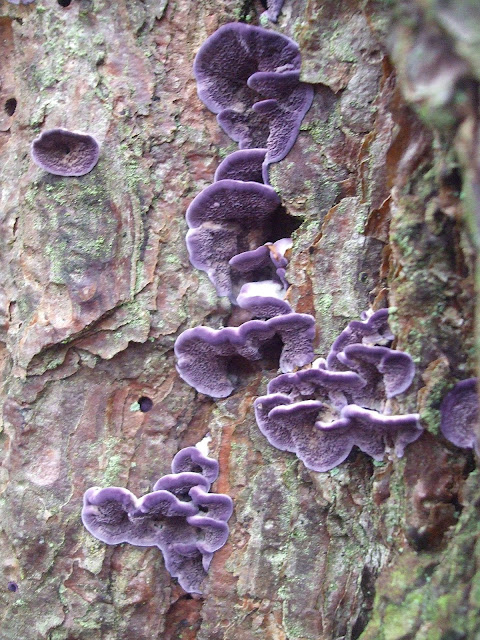 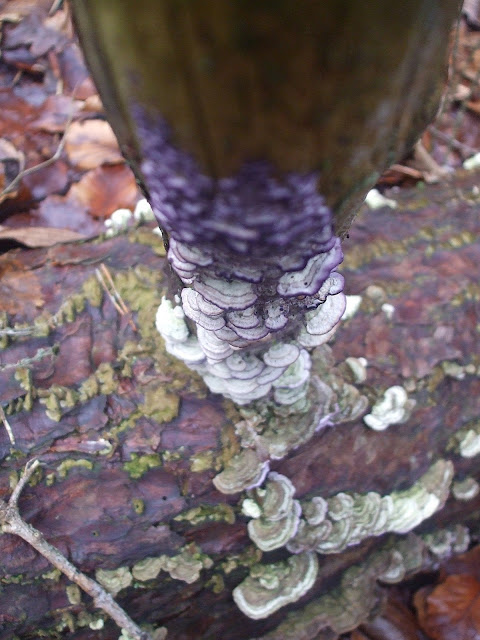 Purplepore Bracket (Trichaptum abietinum). These were much better examples than the ones I photographed on the 27-12-12. 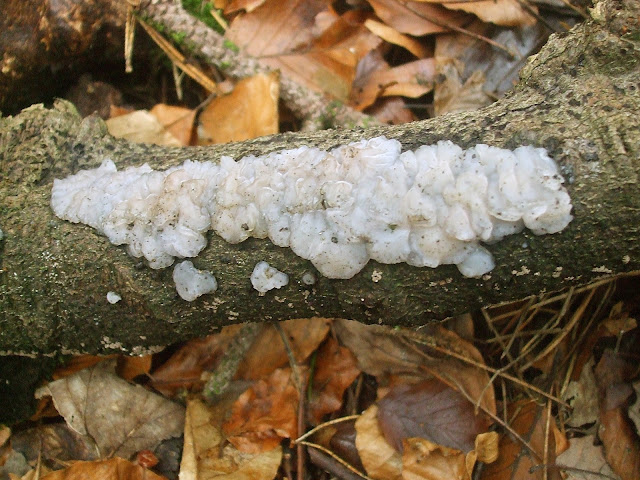 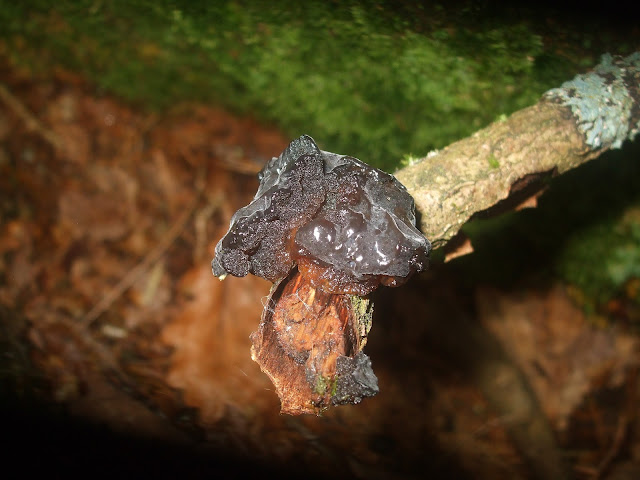