Oliver had been really poorly over the Christmas holidays, so foraying was put on hold for a while, as we were house bound. He looked to have perked up a little and had no temperature, so he said he would like to go for a foray, however it didn't last long though before I carried him back to the car and headed for home, where he was back on the sofa, under a blanket. We found the White Brain fungus very interesting to look at, with it's convoluted lobes and Oliver liked the rubbery texture too. 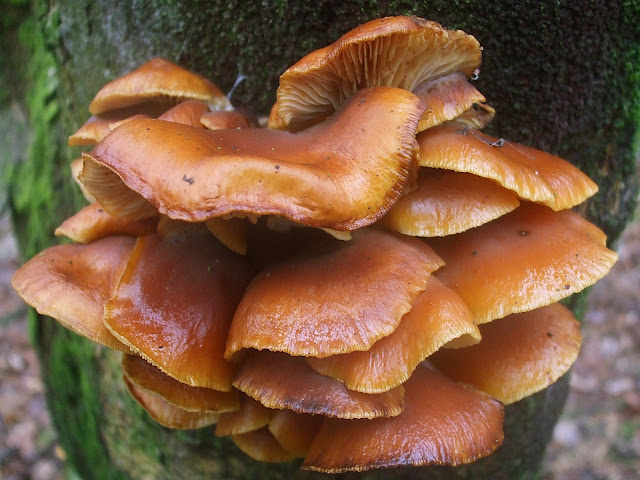 Velvet Shank (Flammulina velutipes), caps above and gills below. 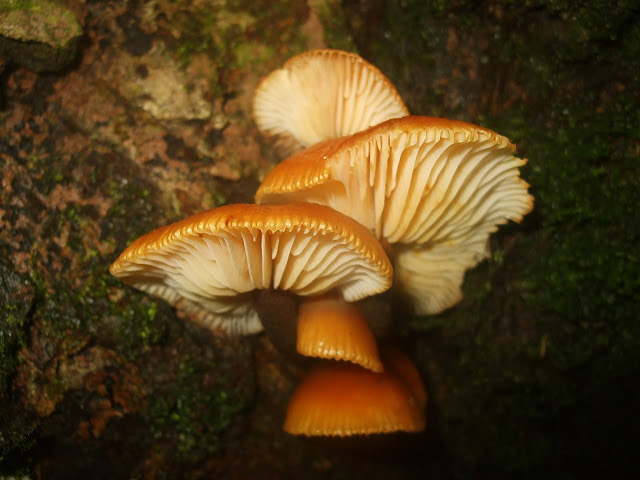 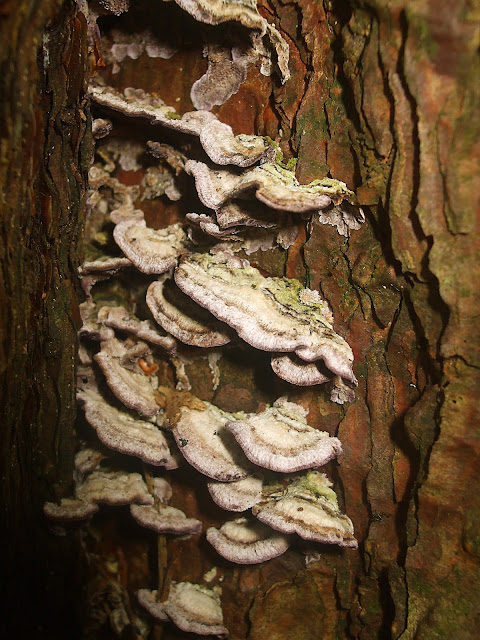 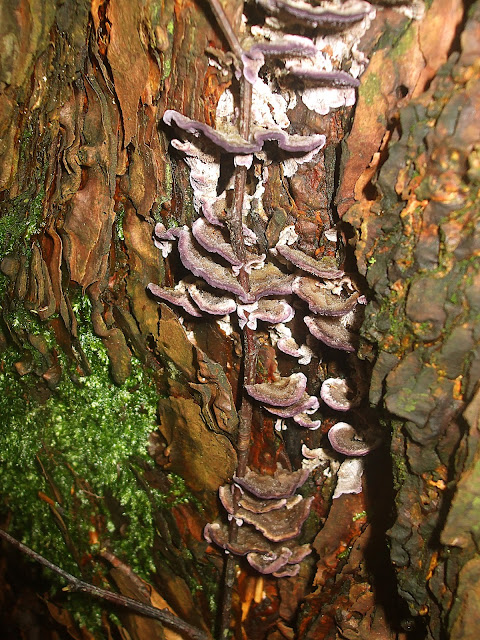 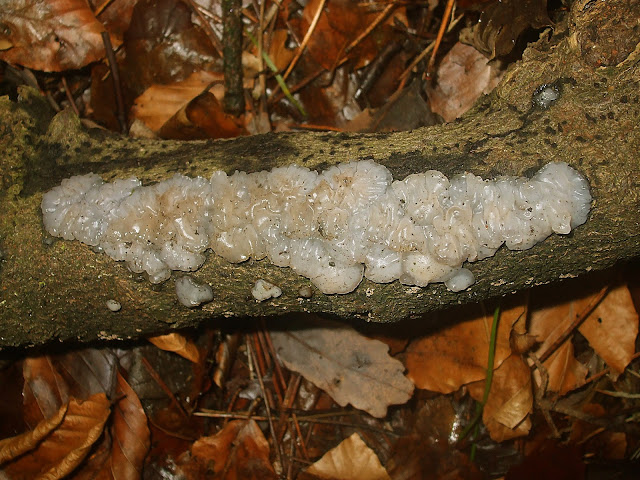 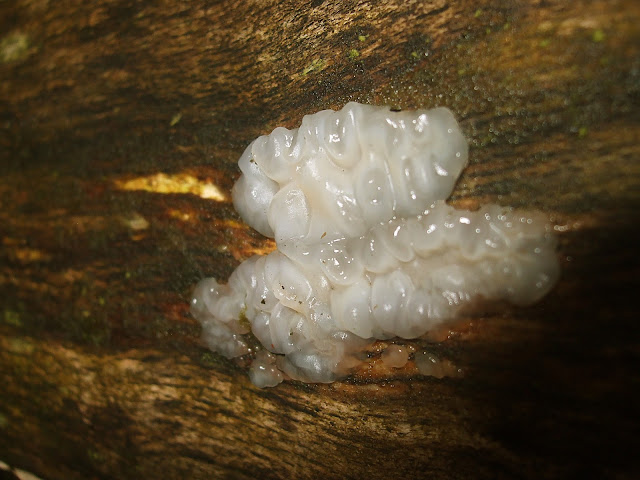 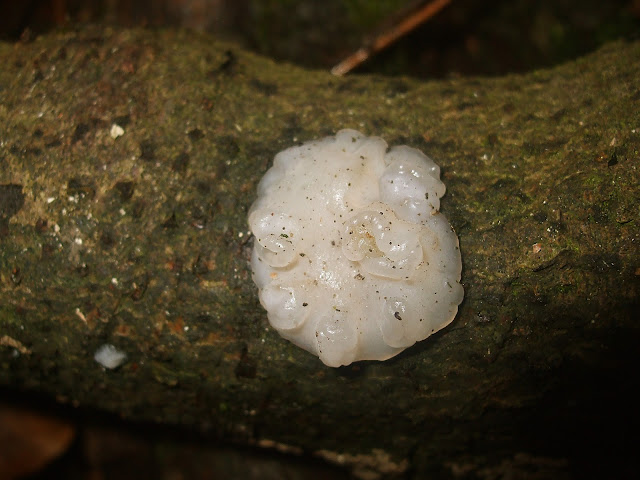 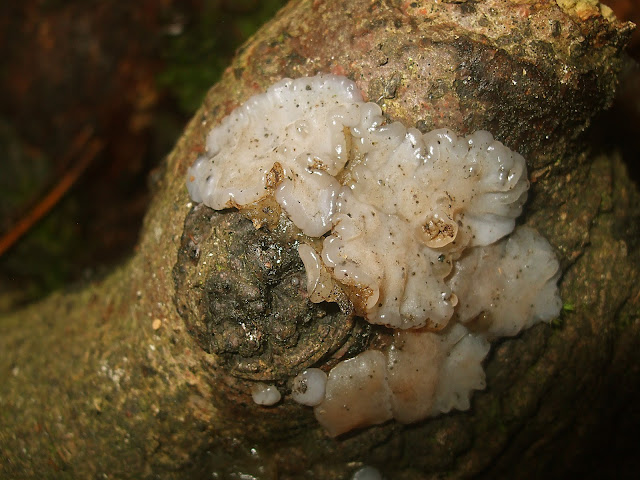 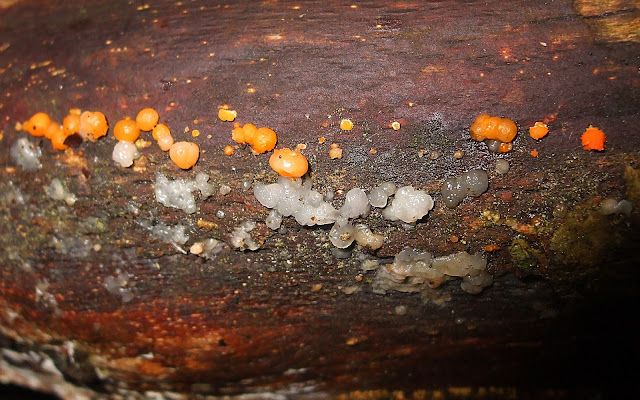