The fantastic discovery of the Fir Disco (Pithya vulgaris), all started when my good friend Bruce Hoyle first posted a photograph on the 5th January on the Halifax Scientific Society, Mycology blog, after he had seen them on the recycled Fir (Abies) trees for the past few years. I finally went up to have a look at them, not knowing what they were. Samples of the fungus were sent to Mal Greaves, from the Mid-Yorkshire Fungus Group, Nick Aplin from The Sussex Fungi Group and finally to Kew Gardens for identification. Mal and Nick positively identified them so everyone was very excited and just waiting for confirmation from Kew, which finally came from Brian Spooner on the 31st January that they were Pithya vulgaris and records have now been updated. The fungus has been extinct in Britain since 1888 and there had only been one previous record of it before in 1870.  Bruce has seen it now for several years at Ogden Water and it appears to be very well established.
LINK to Bruce and Emma's first picture of this fungus. 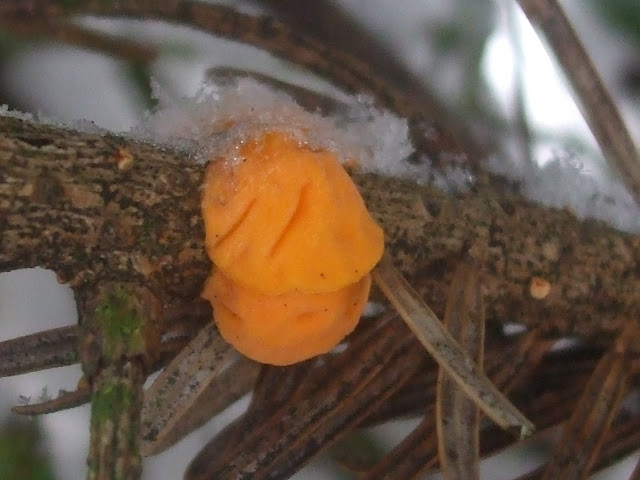 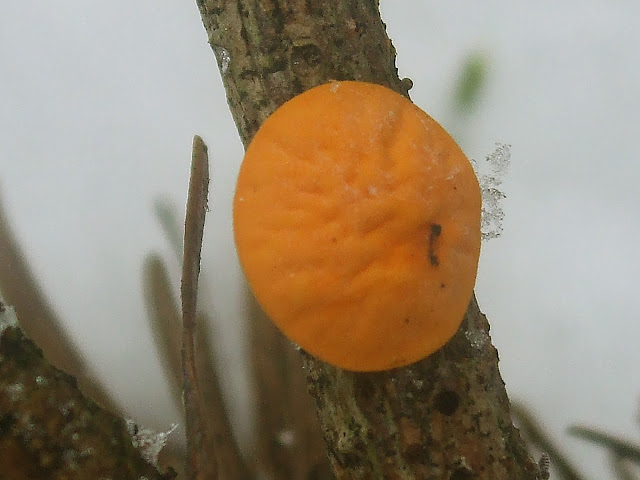 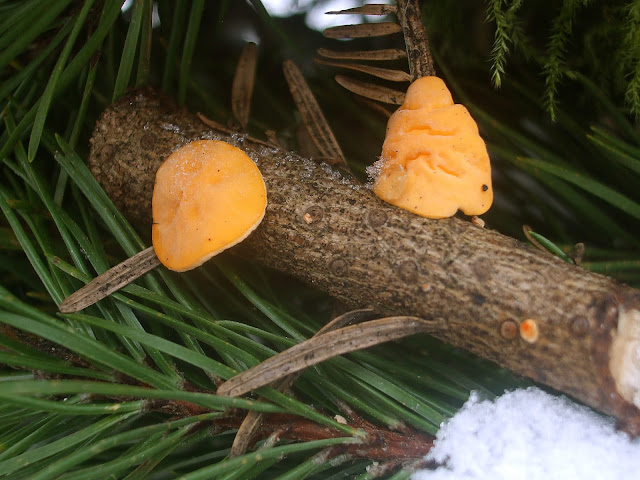 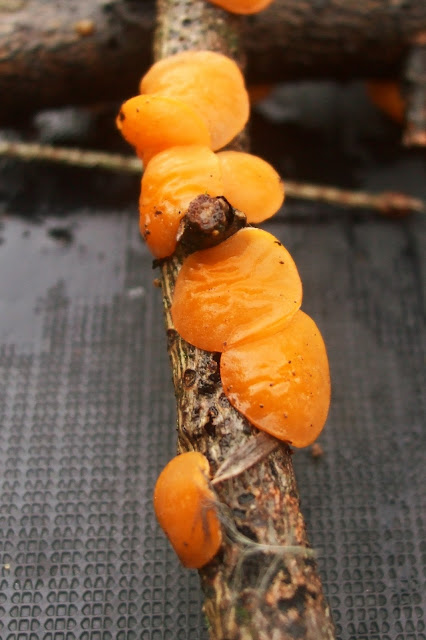 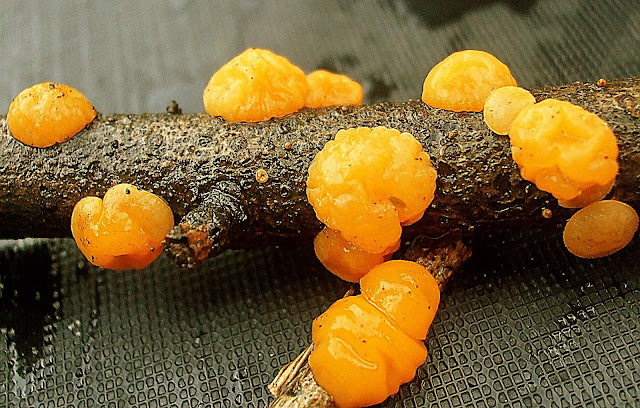 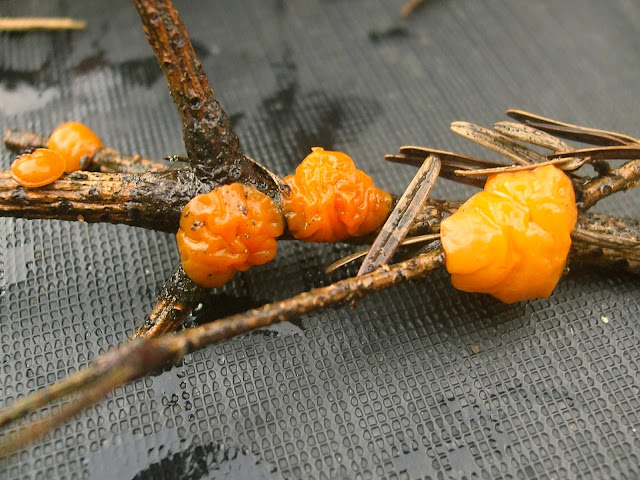 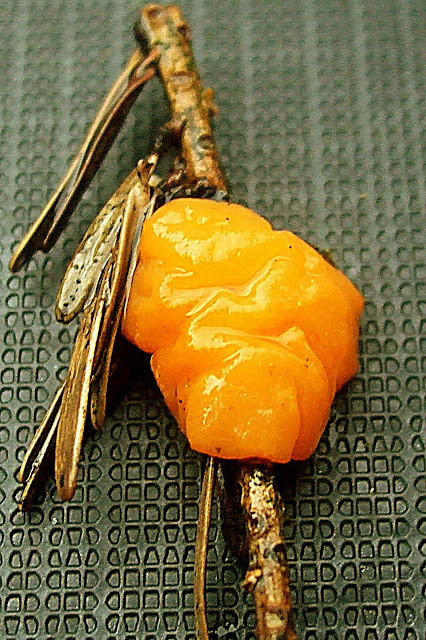 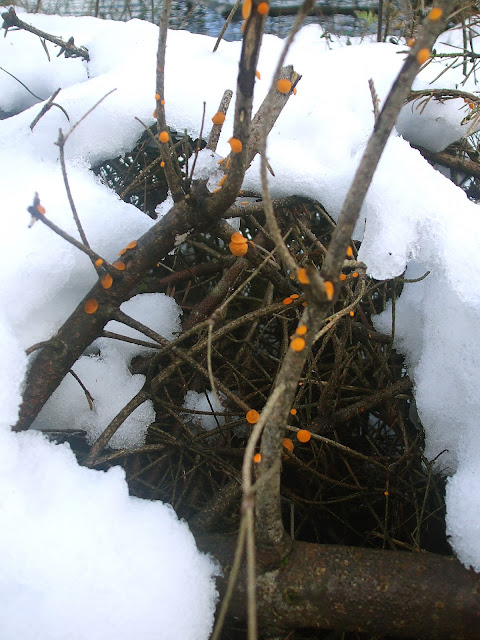 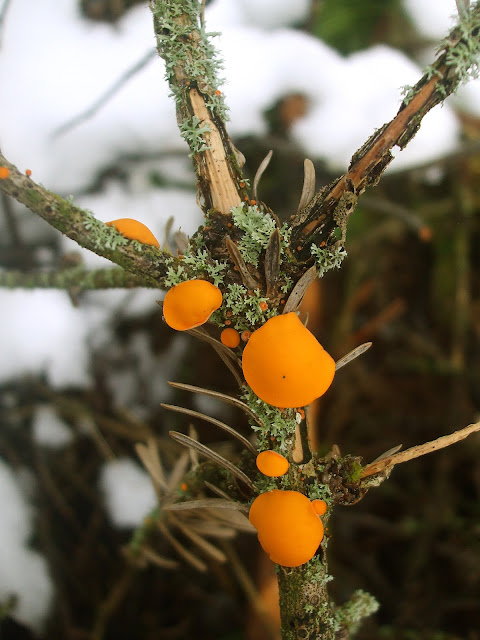 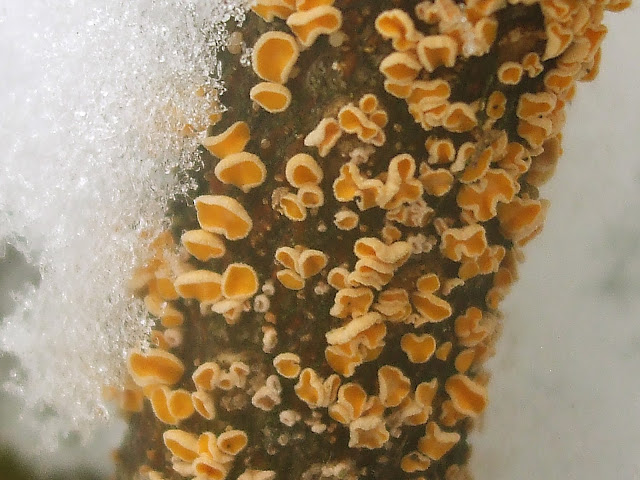 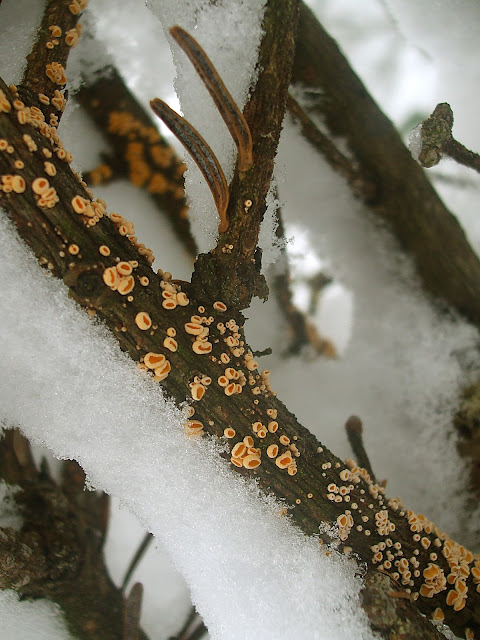