Michael and I had a stroll down the canalside with Basil on a very cloudy, wintery day and we managed to find some dazzling, brightly coloured fungi to liven up the morning. 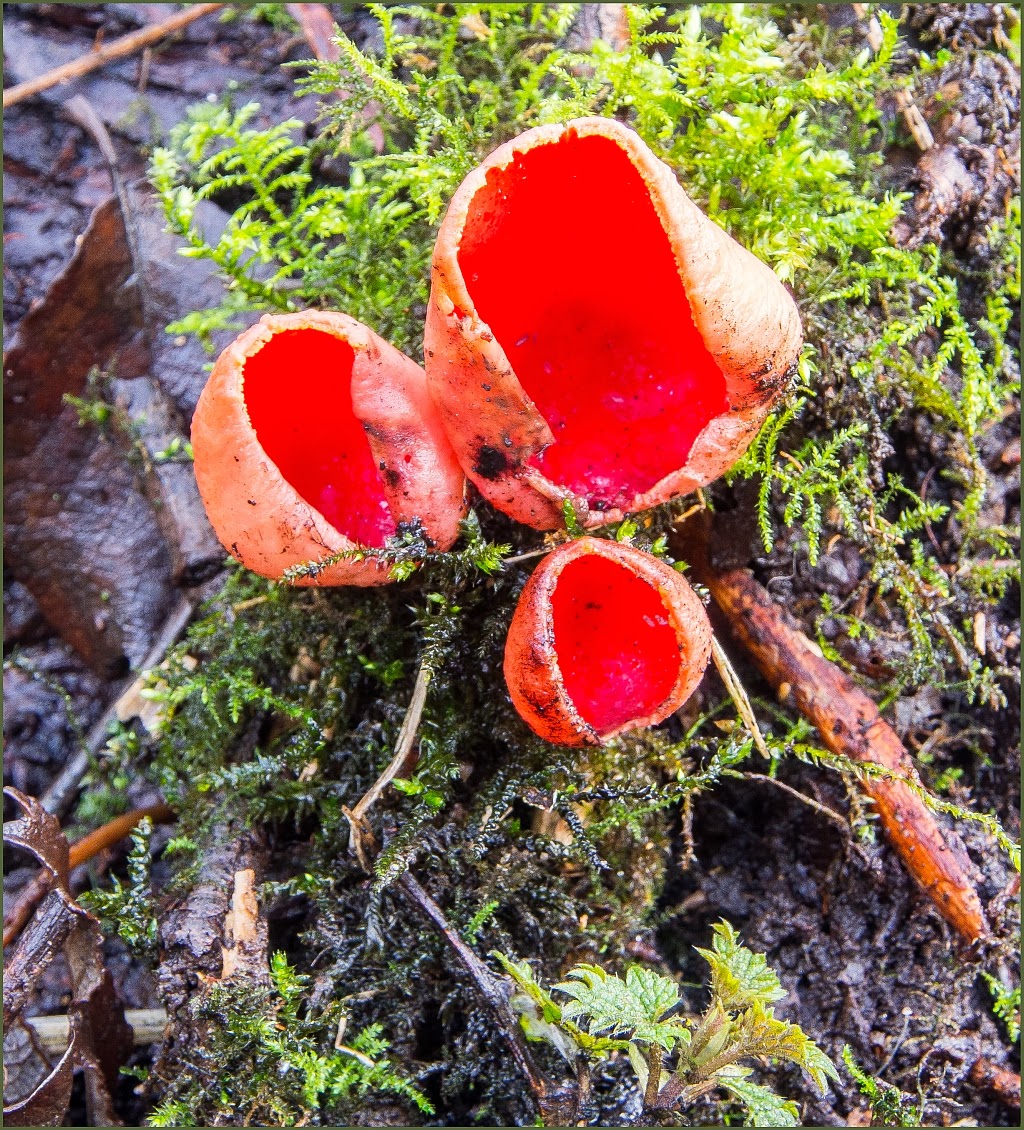 Scarlet Elfcup (Sarcoscypha austriaca) - Michael's image above. They were dotted about everywhere in the area where we walked. 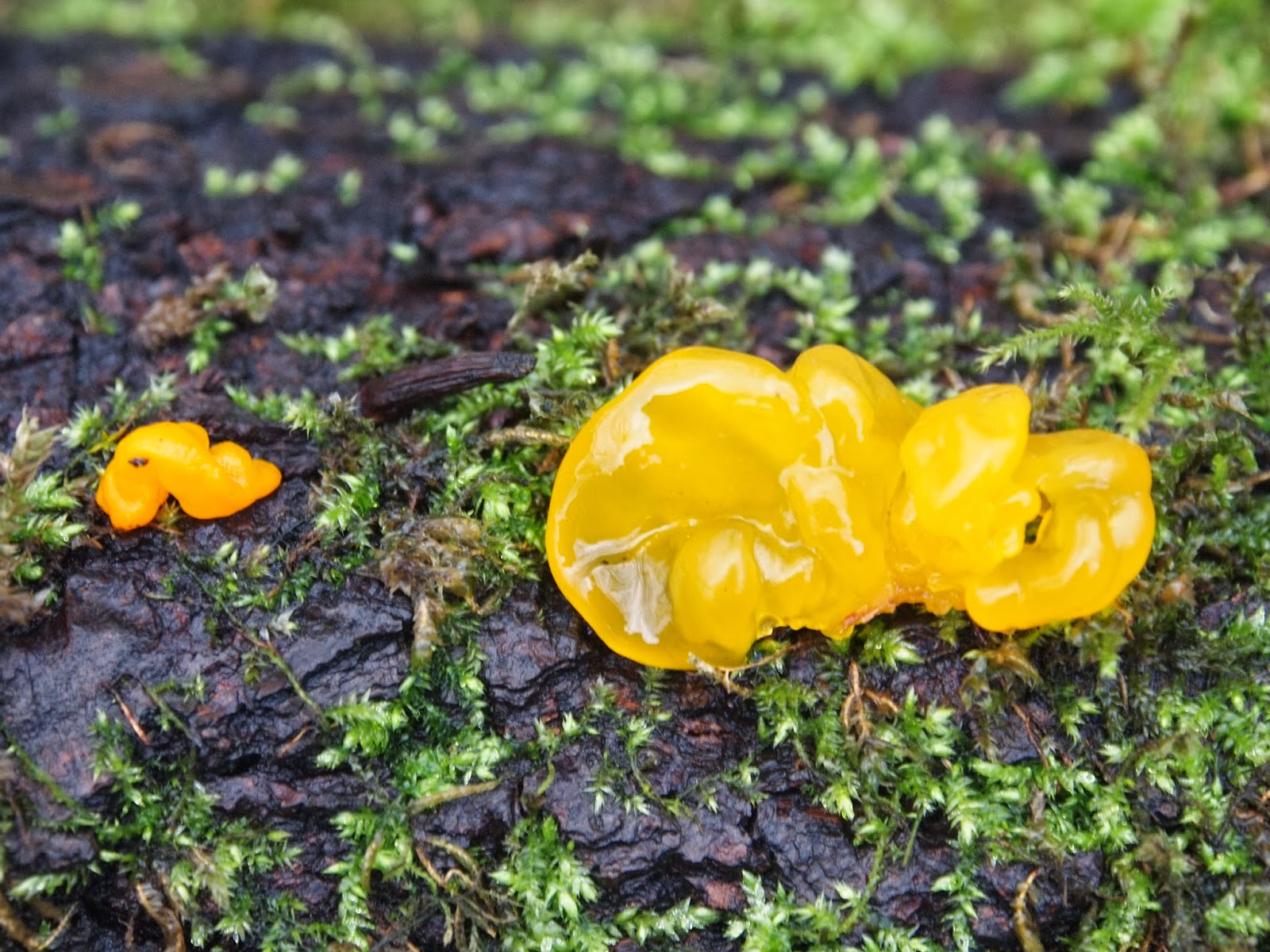 Yellow Brain (Tremella mesenterica). Like the Elfcups, they were common and so bright they were unmissable. 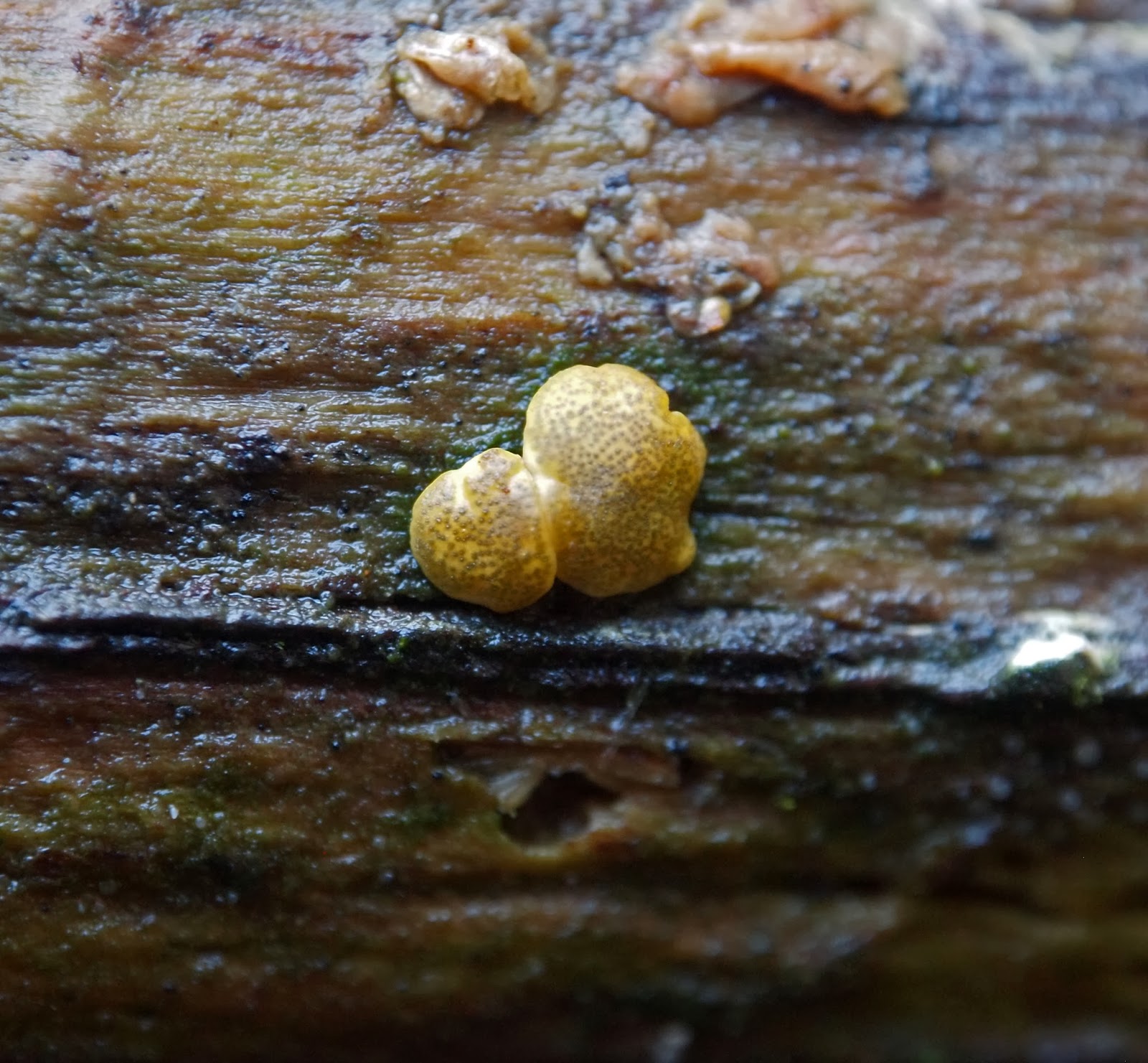 Hypocrea aureoviridis - above and microscopic view below. I can only find one record for it in VC63. 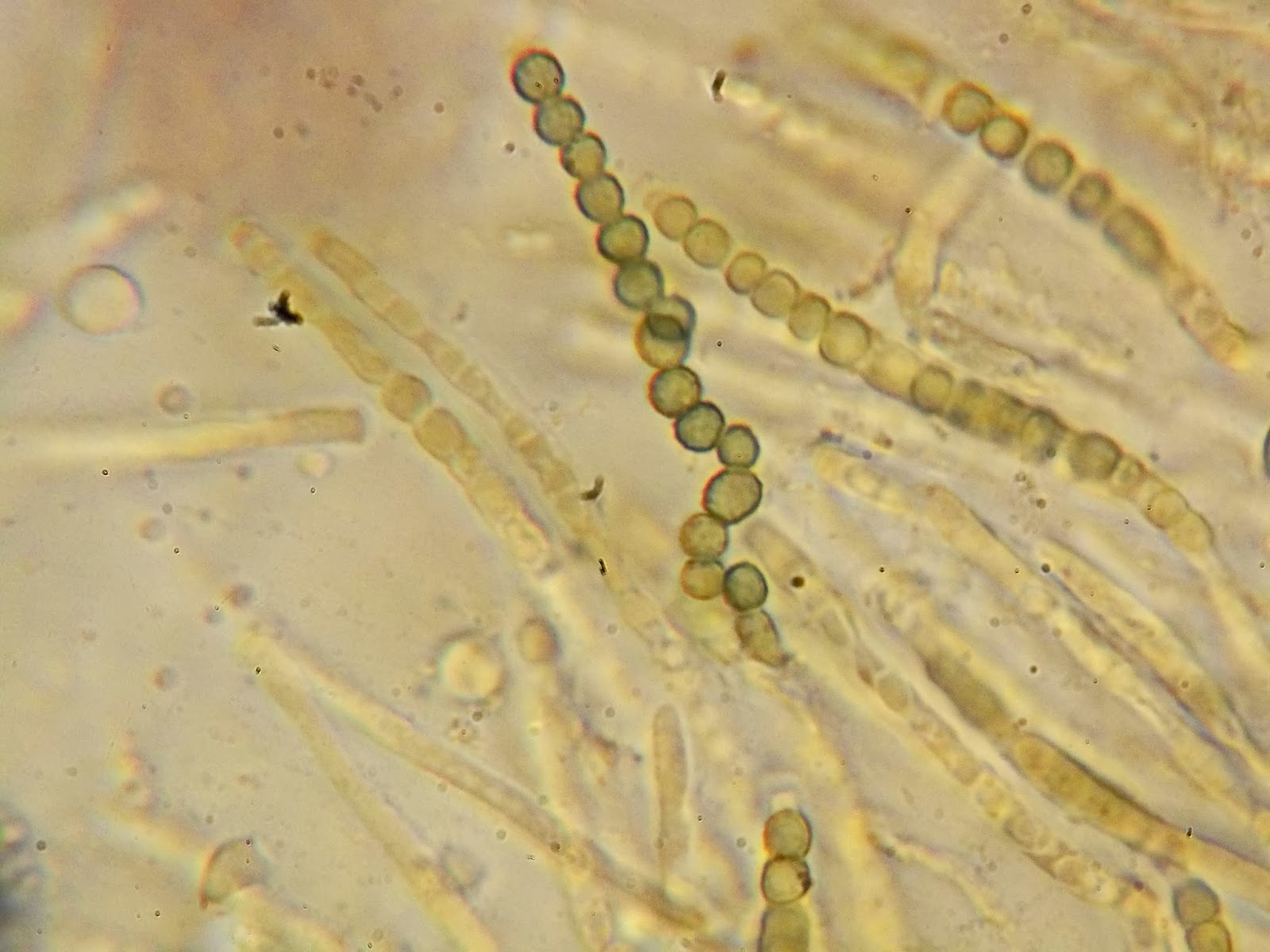 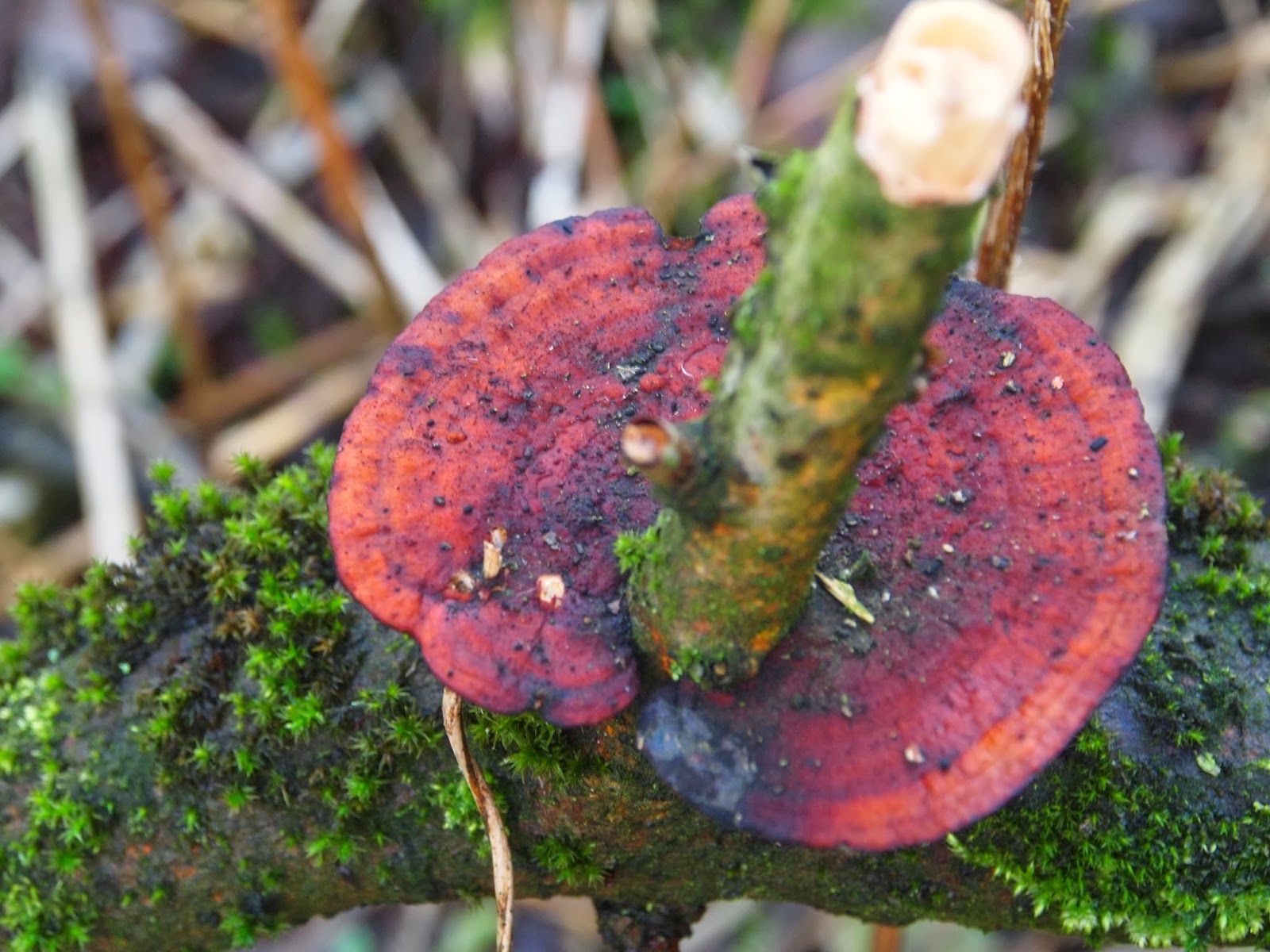 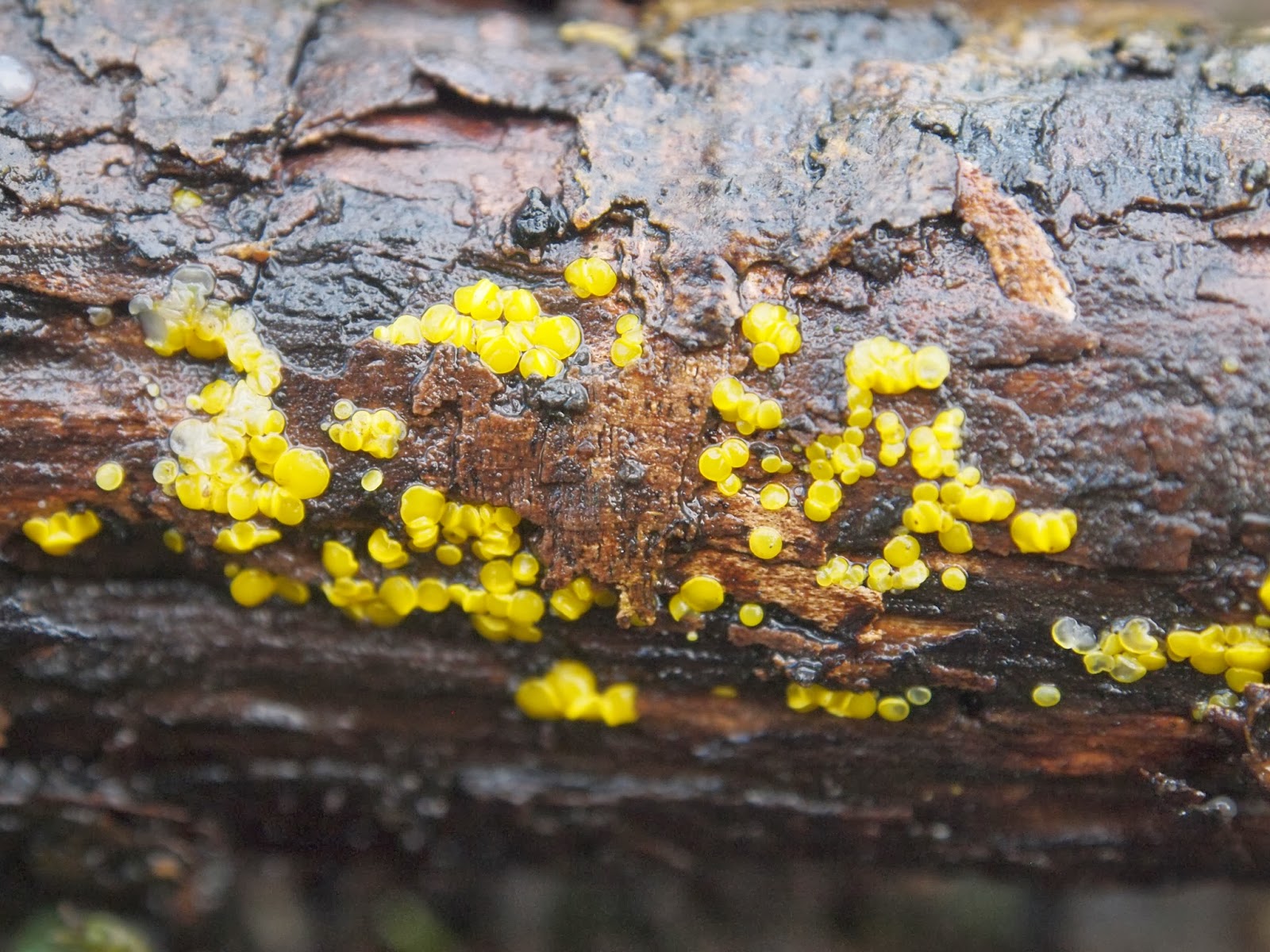