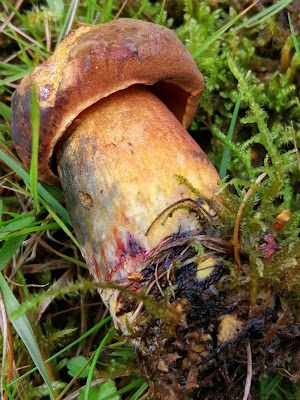 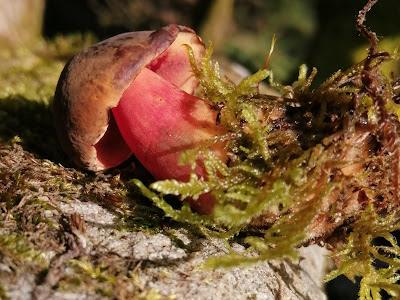 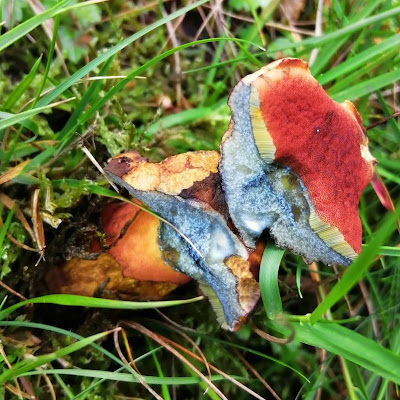 The above images are of the Scarletina Bolete (Neoboletus luridiformis)
It is identified by the red dots on a yellow stipe,
red pores (instead of gills), yellow spore tubes, and a brown, velvety cap.
It's flesh turns quickly blue when cut (see image above). 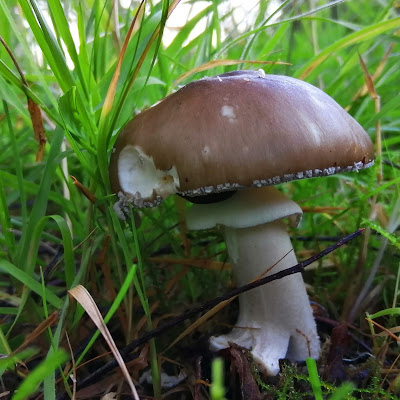 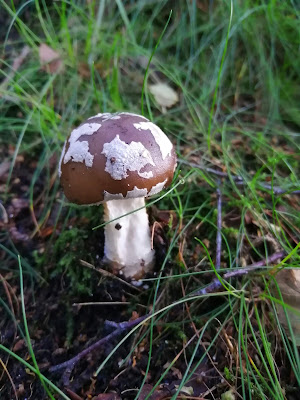 The above two images are of the Grey Spotted Amanita (Amanita excelsa var. spissa)
I got very excited thinking I'd found a Panther Cap, but Peachy Steve put me on the right track.
Panther Caps do not have striations on the stipe ring (which this did),
and they also have a distinct rim to the volval sack that the fruit body emerges from. 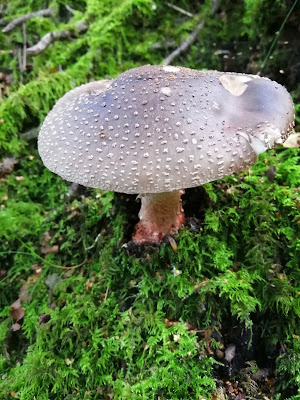 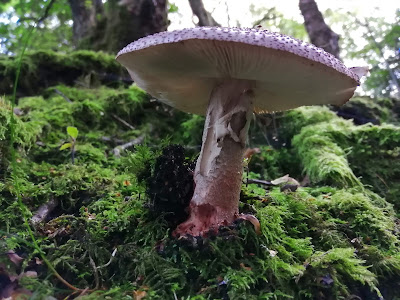 Another Amanita. This time, The Blusher (Amanita rubescens).
You can see the the pink 'blush', at the stipe base, where it has been damaged by slugs. 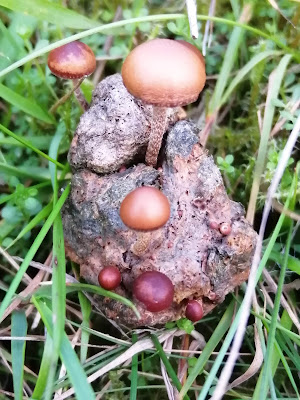 The above image is of the Dung Loving Psilocybe (Deconica coprophila).

Posted by FungiFlood at 2:57 PM