Steve B, Peachysteve and I had a walk starting from the lower end of the wood nearest Sowerby Bridge and walked a good way up. We found this really productive beech log that had seven species on it that we could see, however there would have been many more that we couldn't and we are going to monitor the log, to see if over time we can identify a few more. 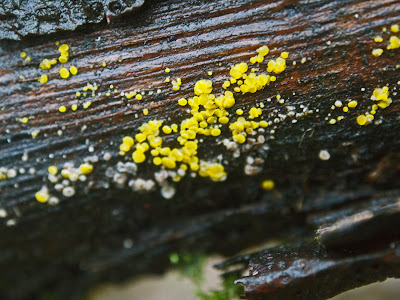 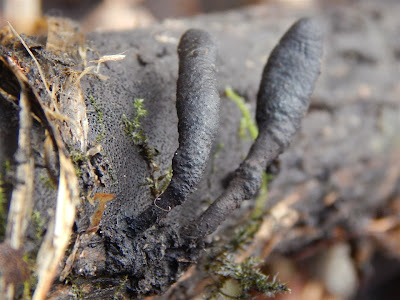 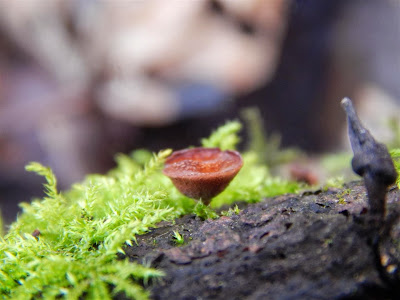 I think this is Brown Cup (Rutstroemia firma), however it was a 'full' cup with a small stalk and it was growing on beech. Peachy Steve's photo above and mine below. 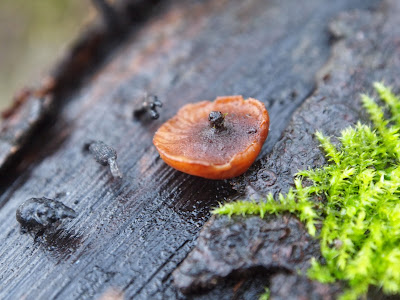 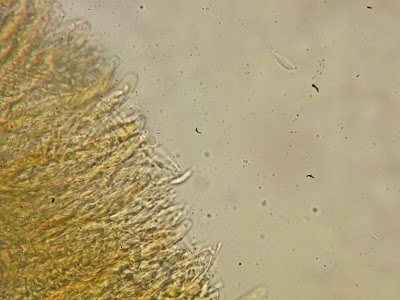 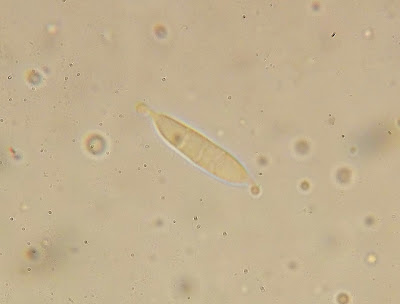 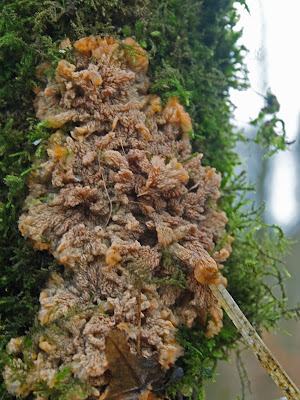 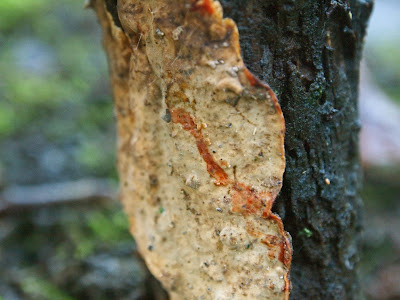 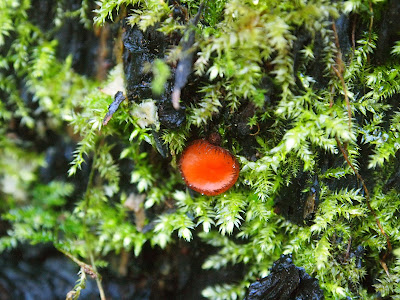 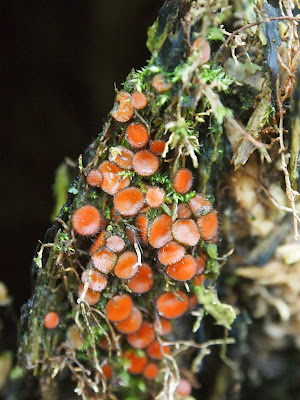 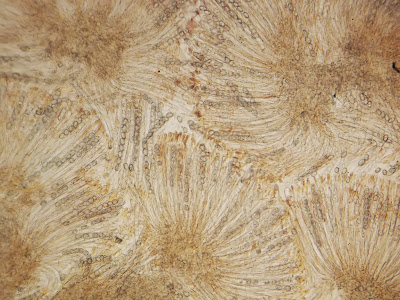 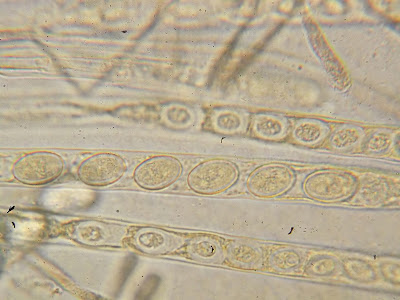 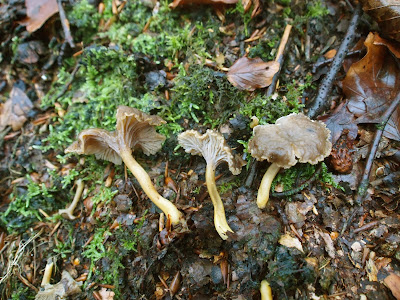 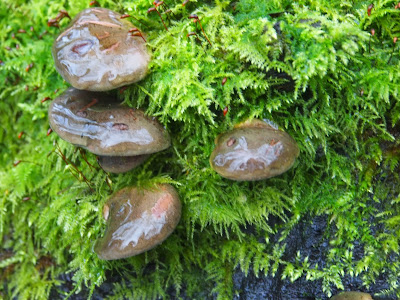 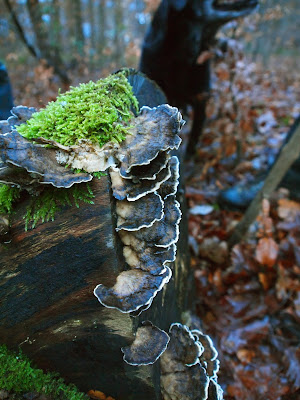 Smoky Bracket (Bjerkandera adusta) with Lace in the background.
Posted by Alison at 9:08 PM