The ramble was a fungus foray to Shibden Park, where the Council leave fallen wood in the wooded outskirts of the park for nature conservation reasons. It was rainy, but undeterred, Alison, Oliver, Basil and I  forayed until mid-day. 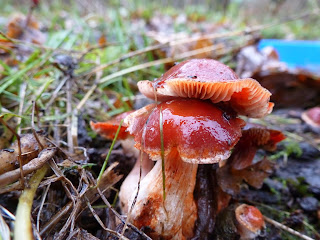 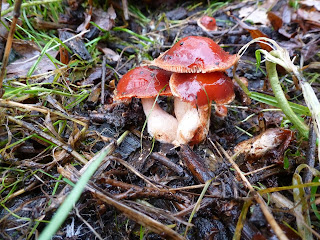 It was growing on old wood-chip path surfacing, it's preferred habitat.
It used to be rare, I suppose when woodpeckers were the only woodchippers, but now machines are  regularly employed to tidy up piles of brushwood, it is becoming quite a regular find, though I had never seen it before. 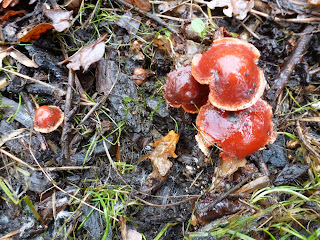 Other places it has been recorded in Halifax are Manor Heath Park (Alison) and Calderdale Royal Hospital (Michael Sykes.) 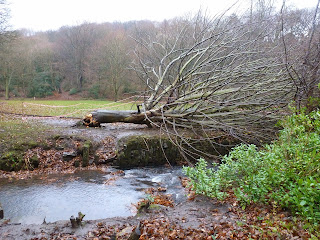 A candidate for the woodchipper. This lime (Tilia sp.) came down in the storm on Wednesday night which brought the highest storm surge to the English east coast for 60 years. No-one drowned in their beds this time, unlike the one in the 50's. 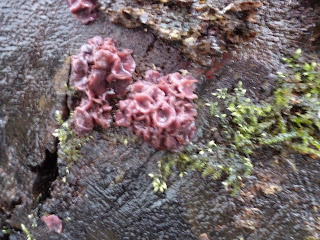 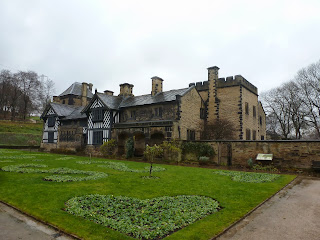 Shibden Hall in the rain. It was open, but we didn't go in, being drenched, so we headed for the car park via the drystone-walling display area. They had none of the little rabbit-catching tunnels as can be seen at Clifton, Brighouse, also known as Rabbit "Smoots" in Cumbria. They must be a rare feature, and disappearing gradually as farmers remove their drystone walls to make bigger fields.

Posted by Steve Blacksmith at 11:37 AM