I took Peachysteve to see the Chlorociboria aeruginascens, but they had virtually disappeared apart from one or two fruiting bodies so instead of Green Elfcups we found Scarlet ones. They are quite small but they still look very attractive and showy standing out from the green moss. Michael tells me that they used to be used as Christmas decorations in days gone by and I can certainly see why they would look lovely hanging from any Christmas tree. 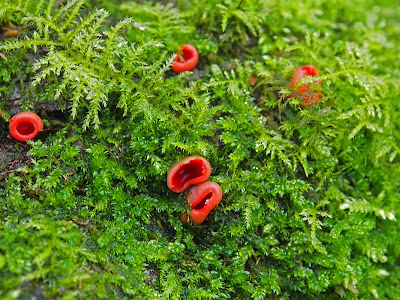 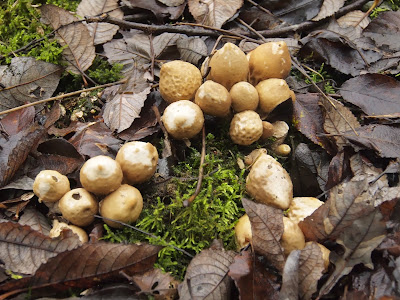 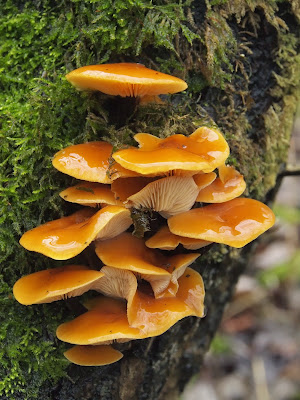 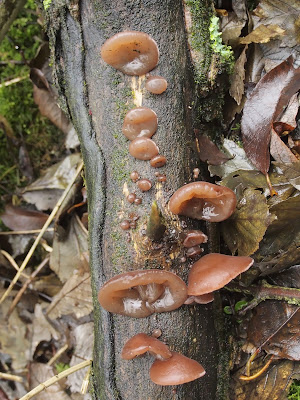 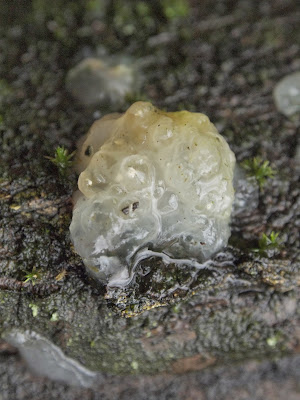 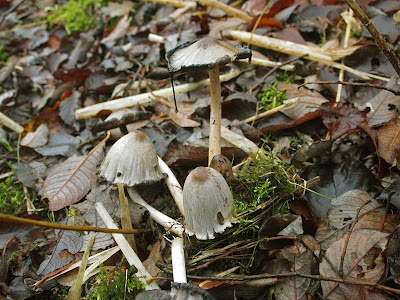 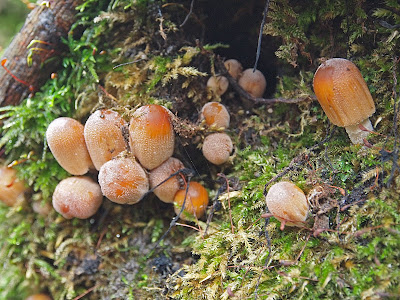 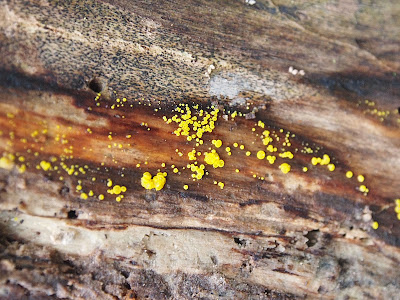 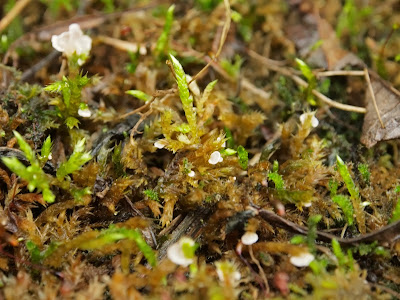 Small Moss Oysterling (Arrhenia retiruga). I took about ten photographs but this the only one that was visible and still very poor. I think that as with all the little fungi this probably isn't rare as the records show but overlooked as they are very small. Peachysteve has found it in Dodge Royd Wood and I actually have it growing on the moss of my garden wall. 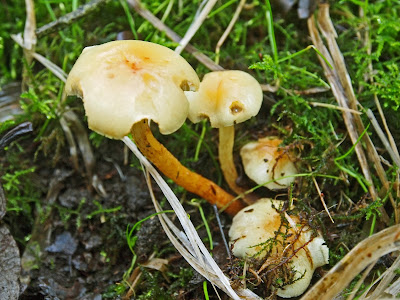