It was great to see the Albino Jelly Ear without it being covered in snow and it shall be interesting to observe, whether later this year the very small ones reach maturity or not and if they can be sighted on anymore elder trees in the area. The Winter Polypores were flourishing and I shall try and find the Green Elfcups on future forays to Park Wood, if I can remember where the fallen branch is. 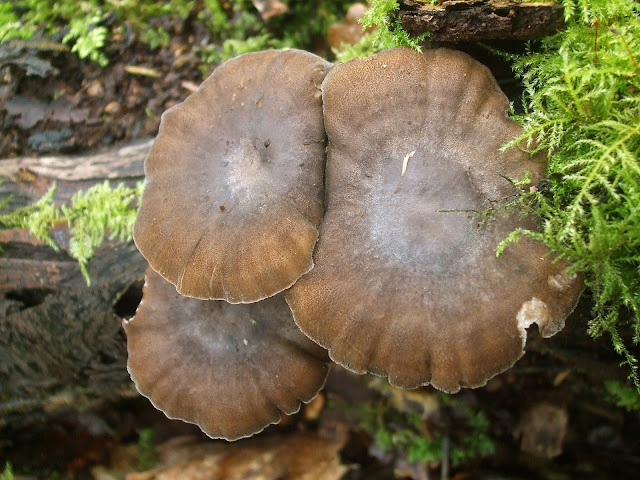 Fringed Polypore (Polyporus ciliatus), cap above and pores below. 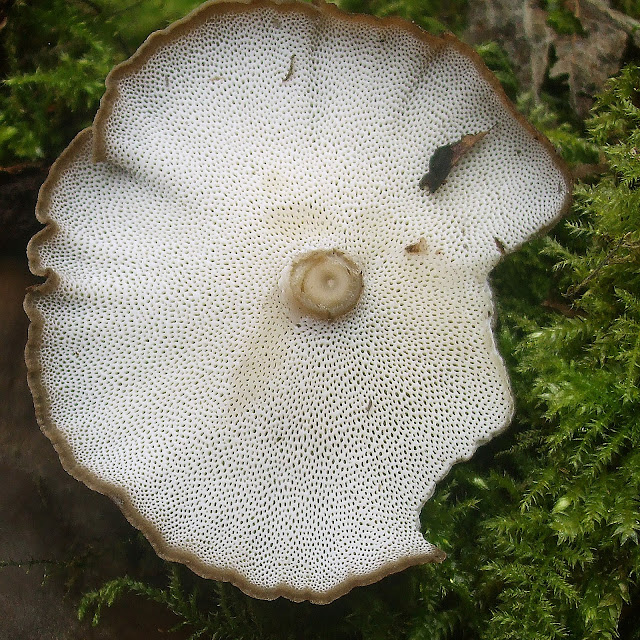 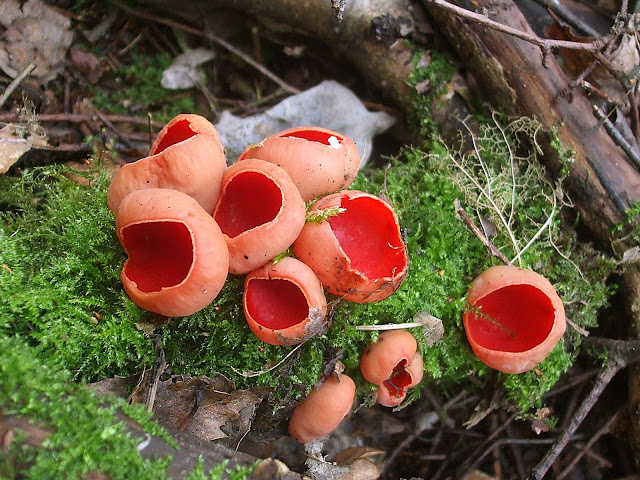 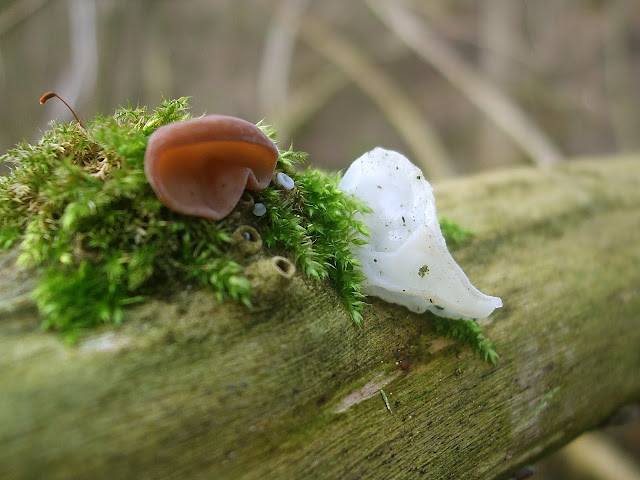 Albino Jelly Ear (Auricularia auricula-juddae) var. lactea, above and below. 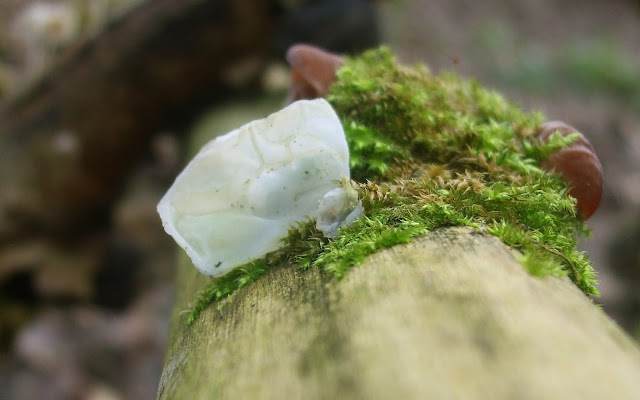 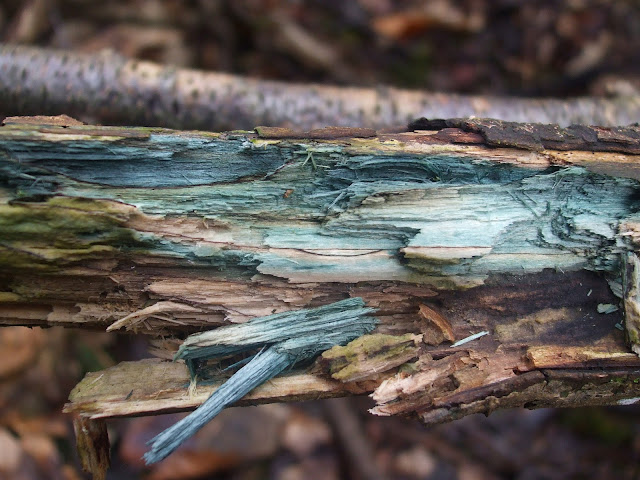 The mycelium of the Green Elfcup (Chlorociboria aeruginascens) had stained the wood a beautiful blue-green. The fruiting bodies  were not there on this trip, however I shall try and find them in situ this year. 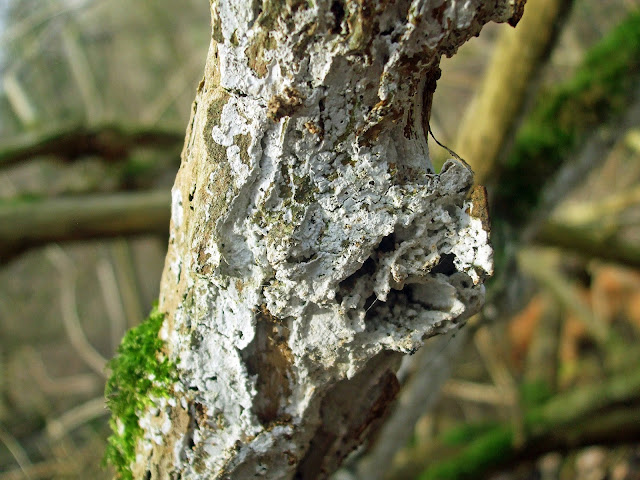 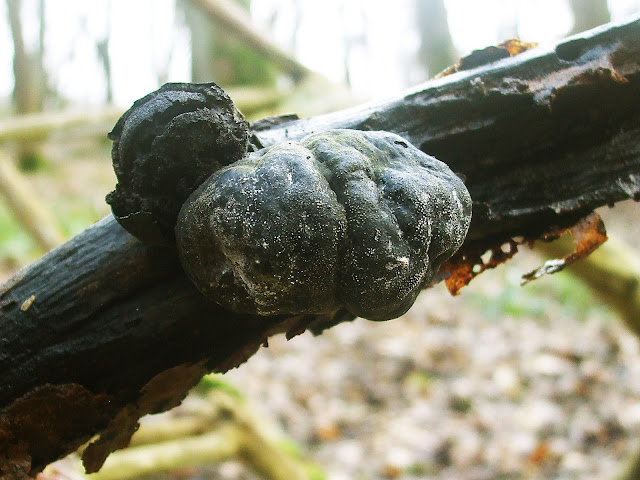 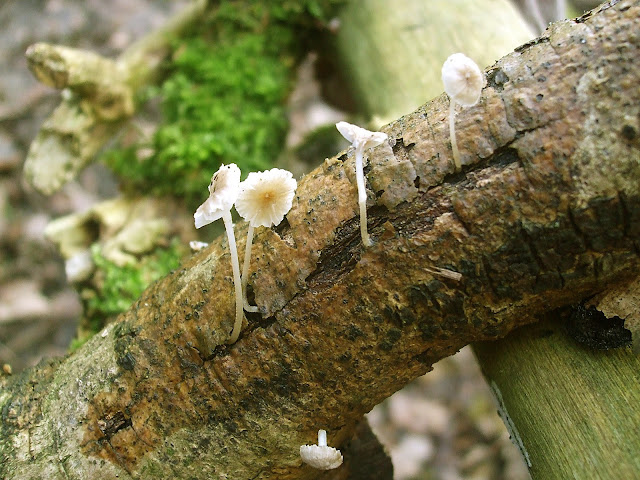 Bark Bonnet (Mycena speirea), Thanks again to Chris for the id. 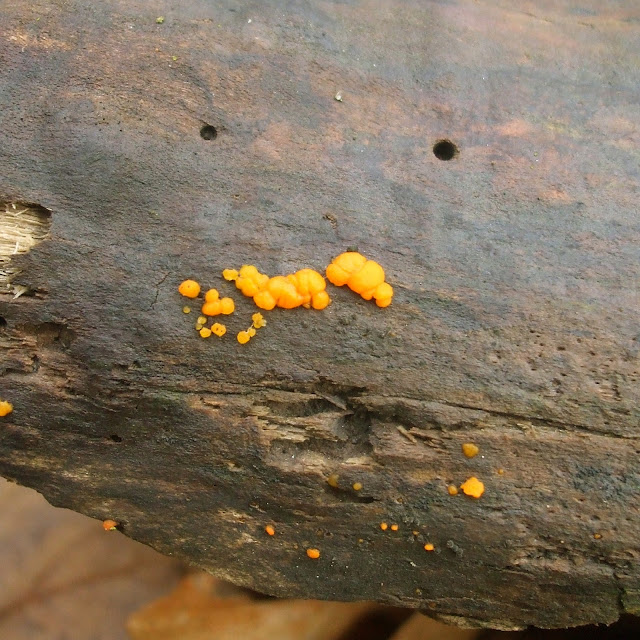