Michael suggested at the HSS (Halifax Scientific Society) social, now was the time of year to look for of Hygrophorous hypothejus (Herald of Winter), which normally appear after the first frosts, around pine trees. I had a one hour window after shopping in Hebden Bridge and I decided to take a quick look and see if I could find it in Hardcastle Crags. Visibility wasn't good, as it was a overcast, wet day. I did find the pine trees but, unfortunately, no Hygrophorous hypothejus. All was no lost however, as I did find these specimens below. 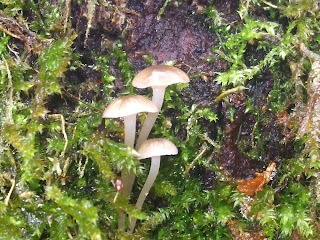 Mycena, cap above, gills below 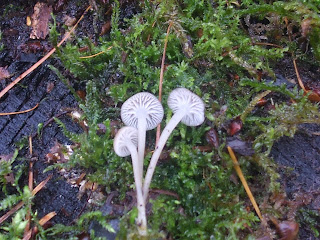 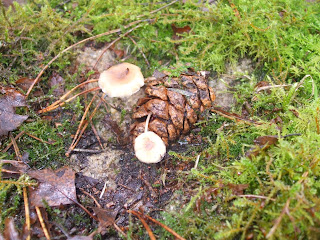 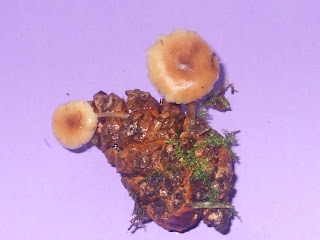 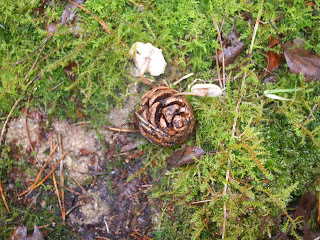 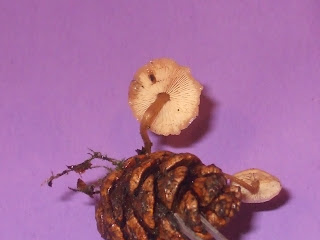 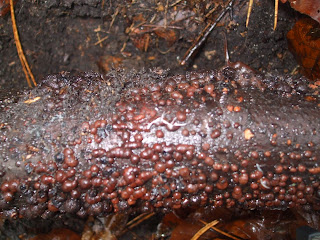 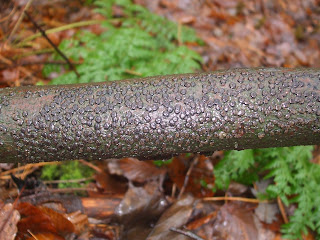 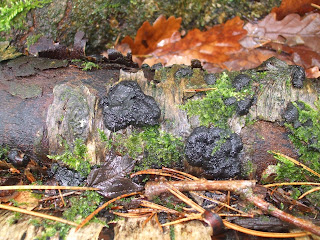 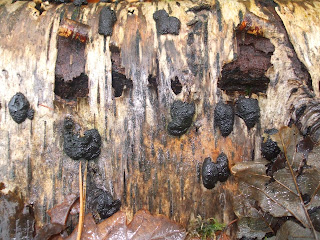 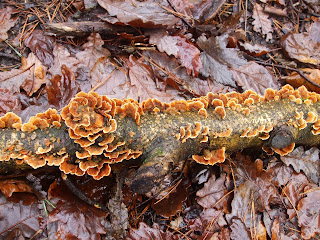 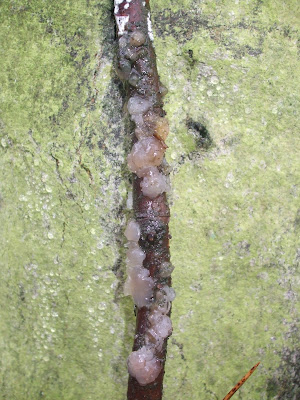