Steve Blacksmith from the HSS, very kindly took me a house where he maintains the residents garden, to show me this Cordyceps militaris that was growing on the lawn. It grows on the larvae and pupae of butterflies and moths, singularly or in clusters. This was only a solitary one, but a few weeks later, Steve reported that another one had appeared on the same lawn (please see HSS mycology blog). We also found a black fairy club fungus and a slime mould pictured below. 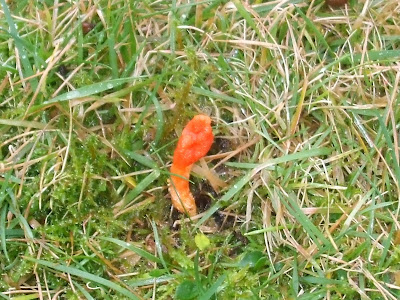 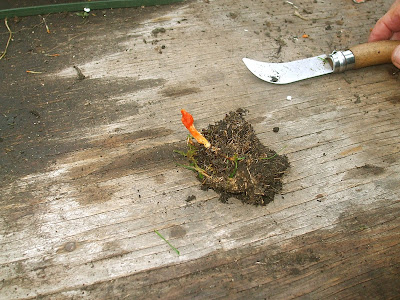 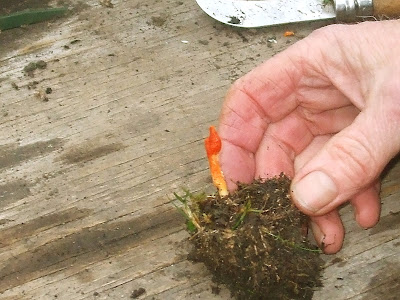 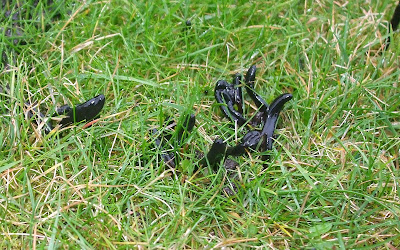 Geoglossum species above and a black slime mould below, on the same lawn. 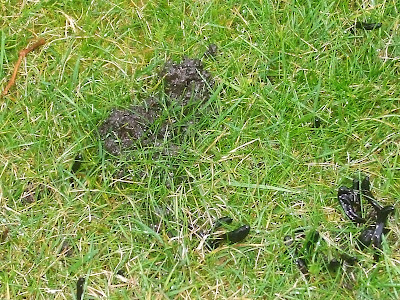