During our foray in the Crags, we were once again bowled over by the number of species to be found. Many of them are common, but for beginners like ourselves we were happy to come across them and we got very excited when we found the Conifercone Cap, just laying on the ground before us. 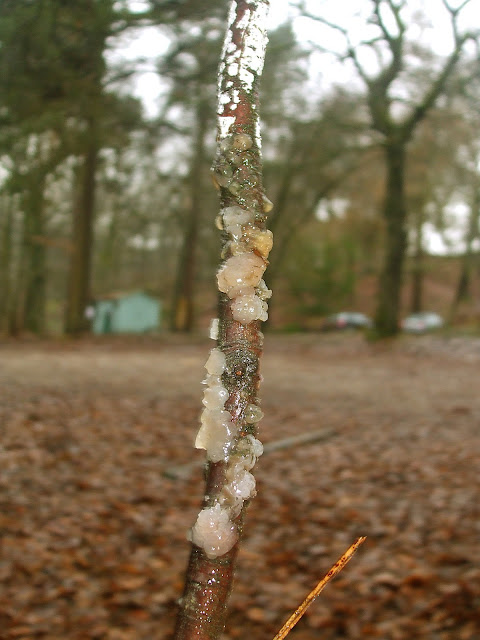 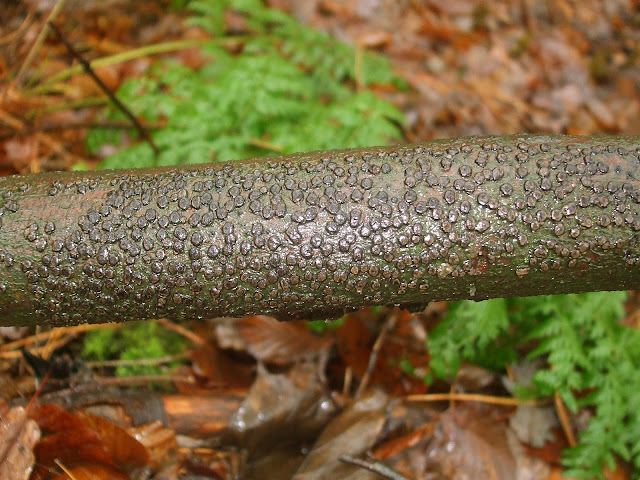 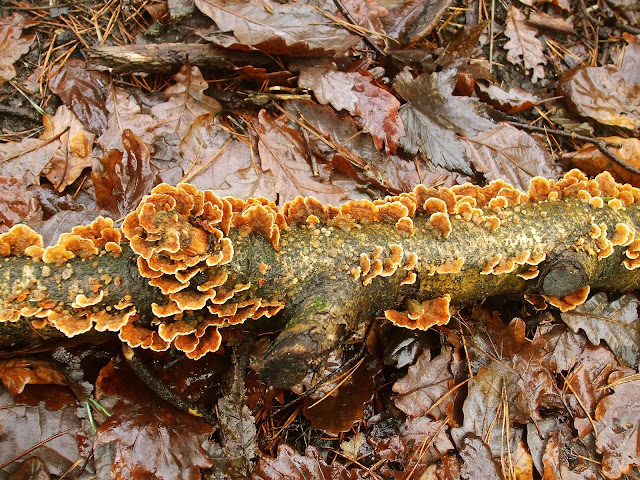 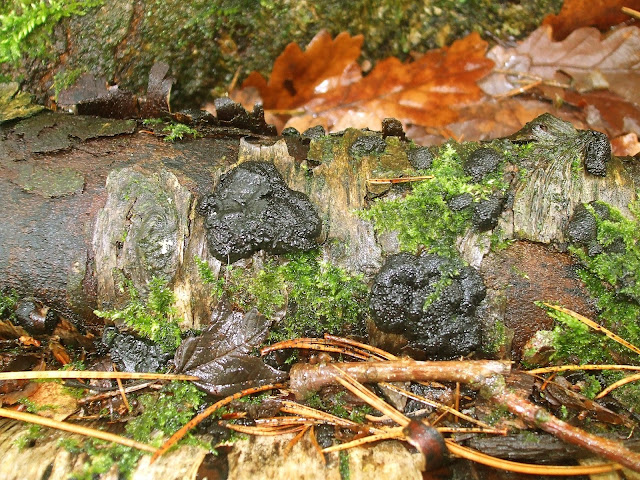 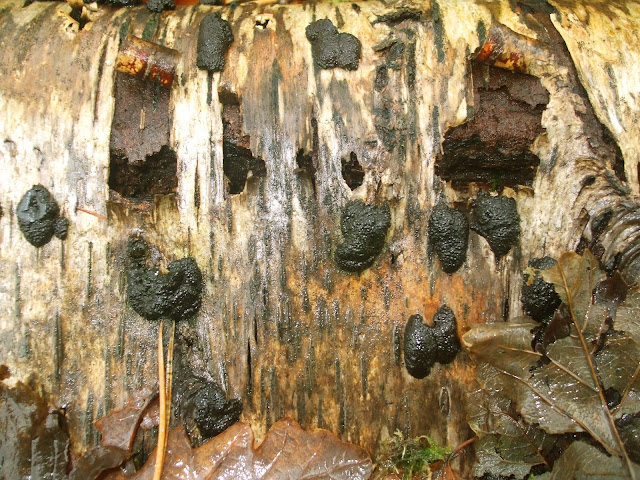 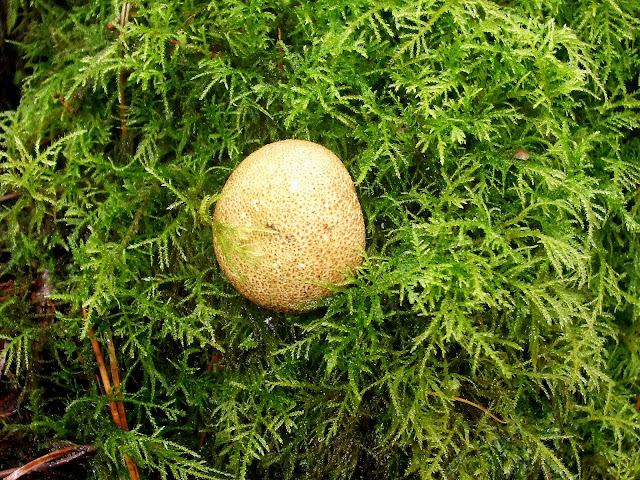 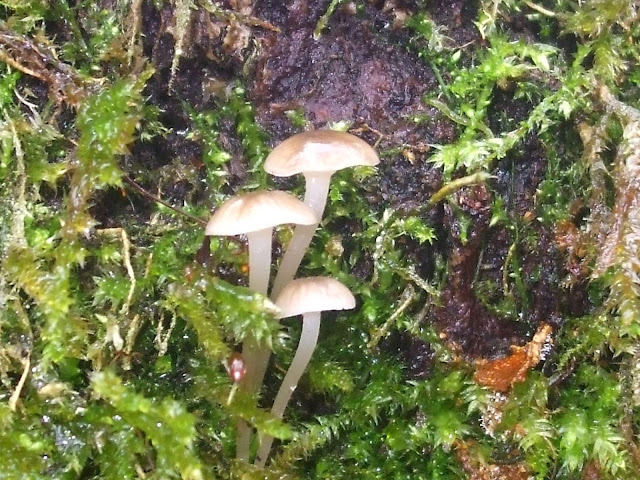 Mycena species above and below, showing cap and gills. 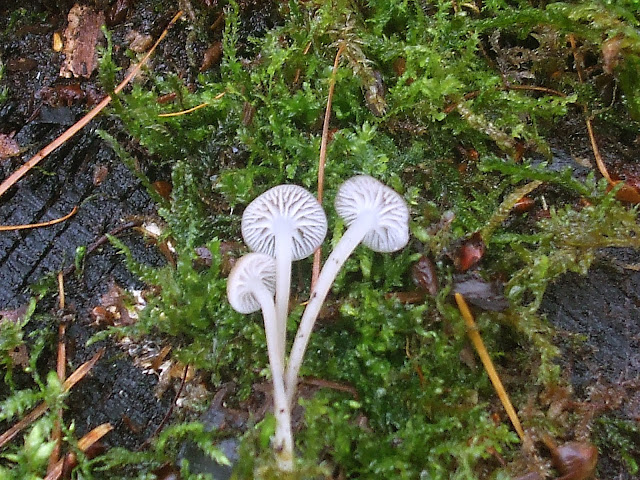 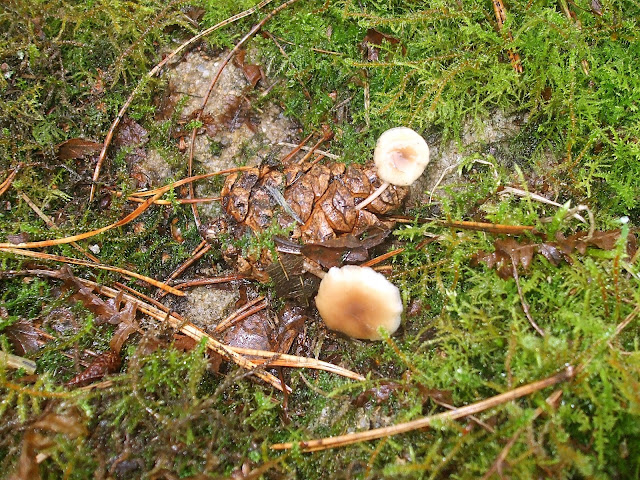 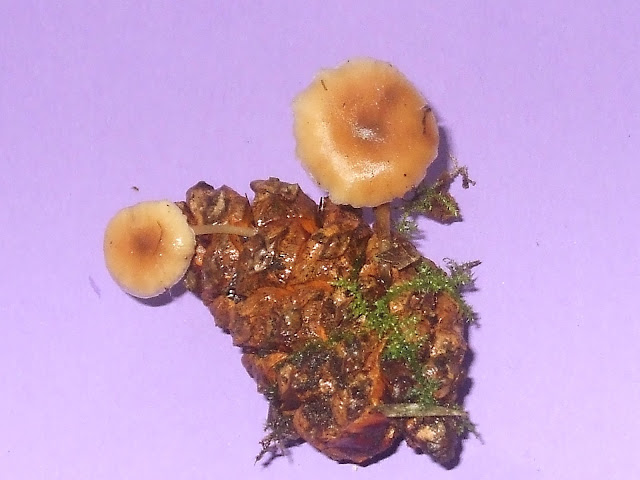 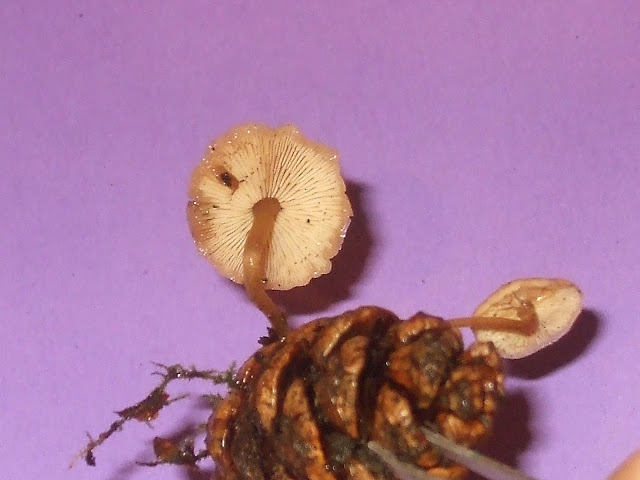 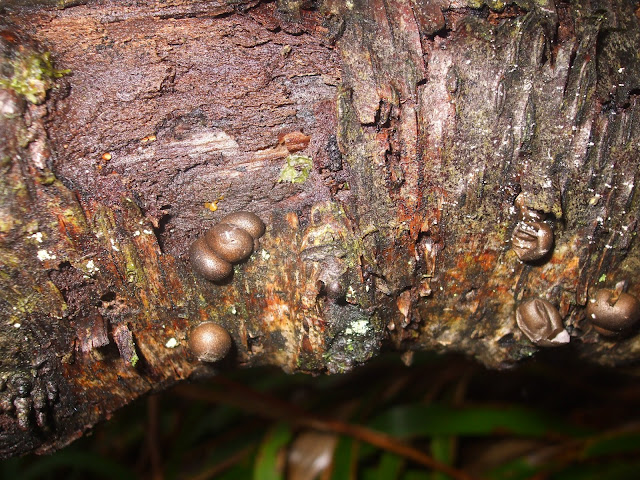 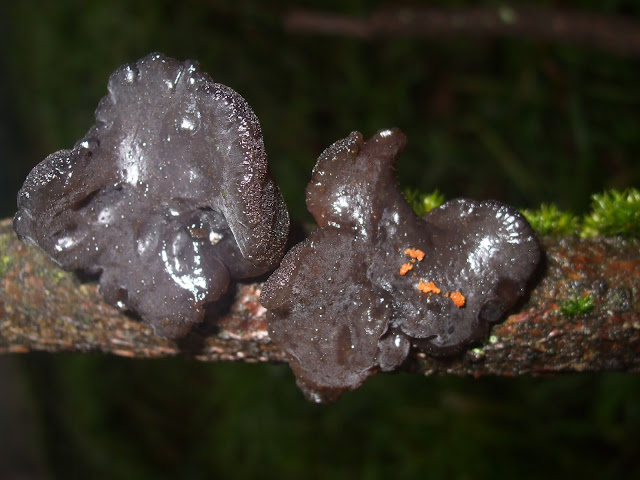 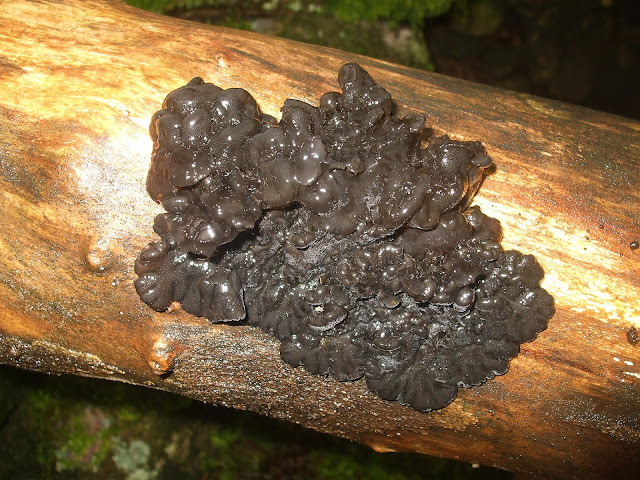 Exidia plana - above and below. 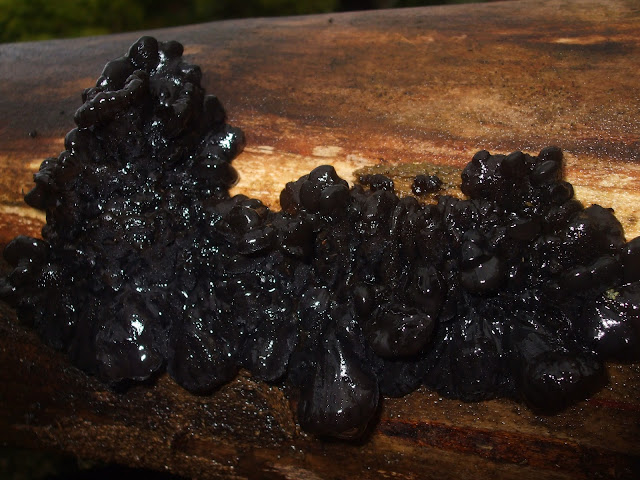 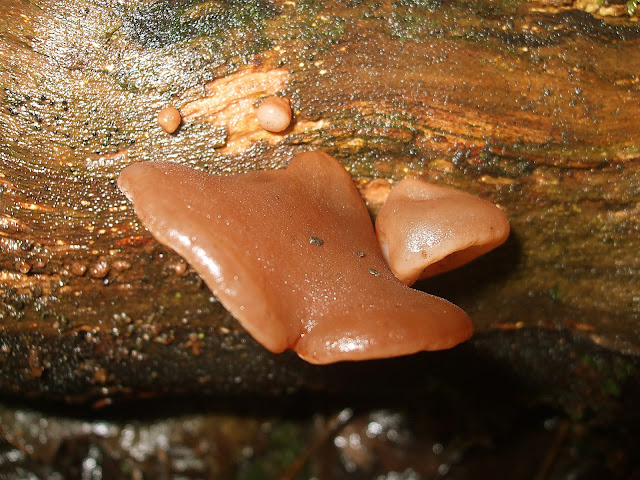 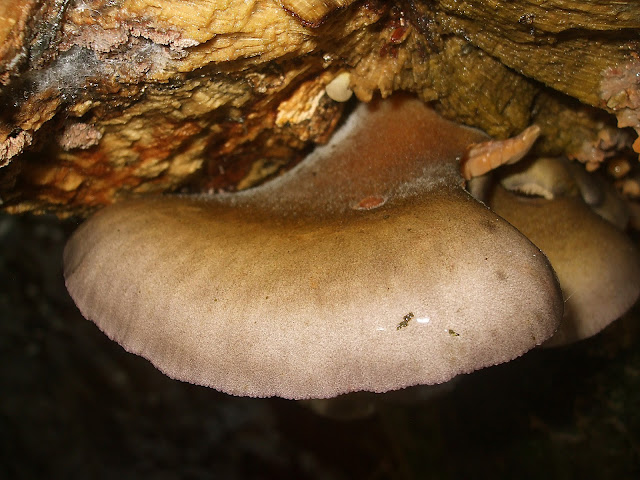 Oyster Mushroom (Pleurotus ostreatus), above and below. 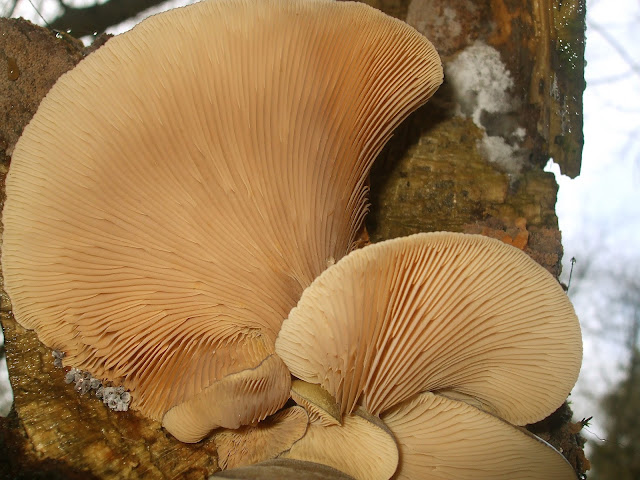 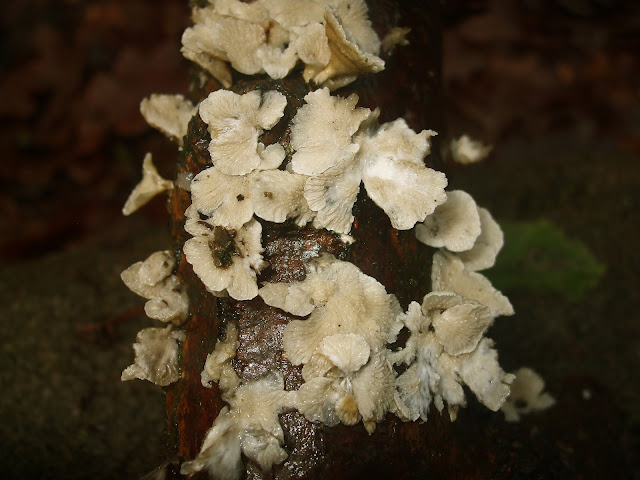 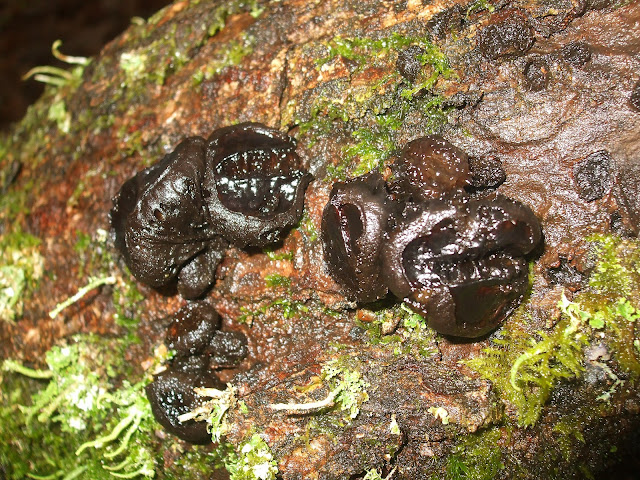 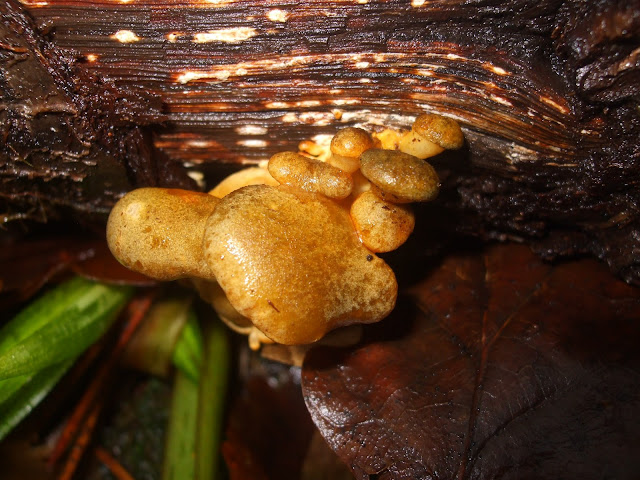 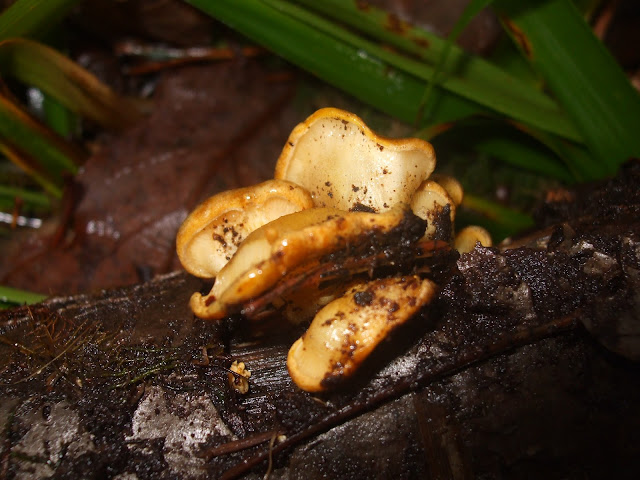 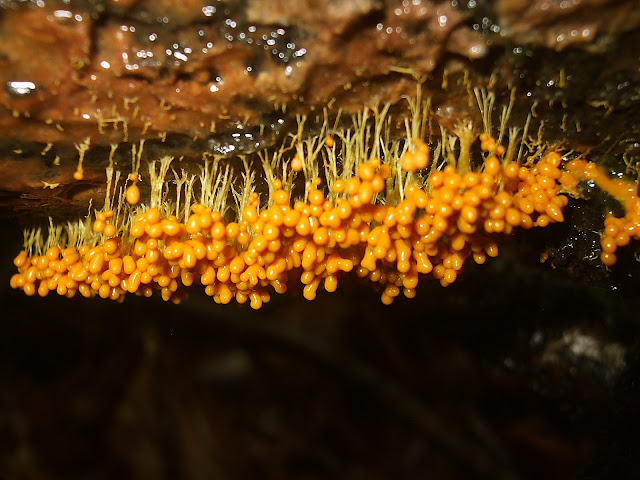 A very interesting  looking group of slime mould, hanging upside down on the underside of a log and I thought they were very attractive. Oliver said they were Leocarpus fragilis, after he saw some images on the web and they were very fragile and disintegrated when you touched them.
Posted by Bruce at 1:37 PM