I walked a circular loop of North Dean, up over the rocks and back down again and the view from the top was fantastic, I wish I had taken a photo. The jelly fungi are now rehydrated with all the rain we have had over the past few days and I also found an Oak log covered in a Peziza species. 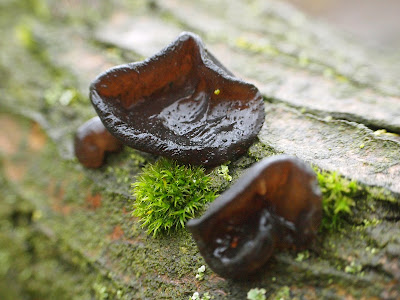 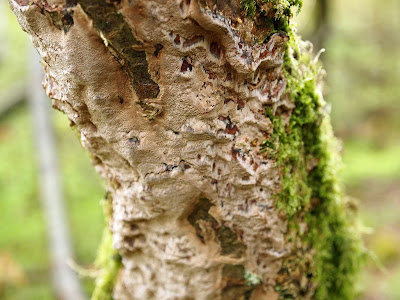 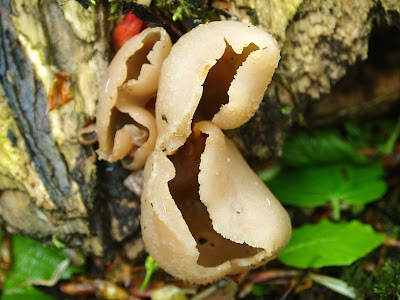 Peziza. agg. I did think they were Palomino Cup (Peziza repanda), but I am not one hundred percent sure. 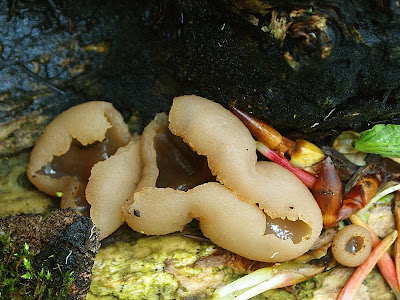 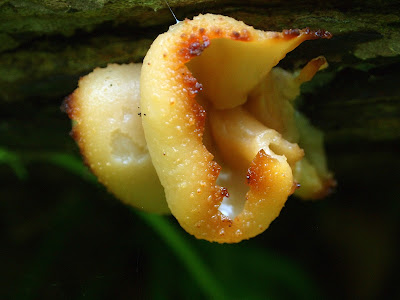 This group above, were the most mature specimens and they were found on the lower section of the oak log and the margins of the fruit bodies were red and warty. 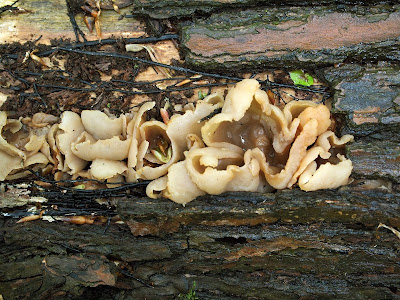 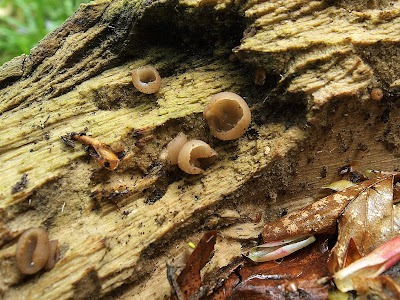 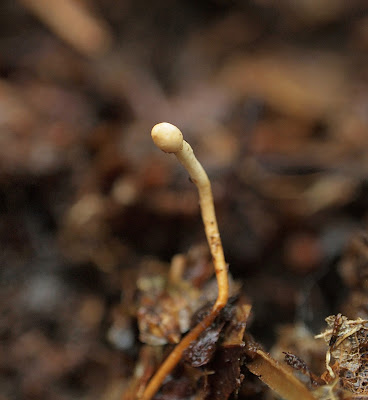 Last but not least, I found a Ophiocordyceps ditmarii, approximately 2.5-3 cm cm tall growing on an insect underground, unfortunately I did not uncover the buried host. I originally thought it to be a Xylaria until I found another specimen on the 17-05-13.
Posted by Alison at 8:35 PM