Oliver, Chris Yeates, Michael and I had a walk through the Crags on a wonderful sunny day. It was a pleasure to spend time in the woods with such enthusiastic, educated forayers and nobody realised the time had passed so quickly until Oliver wanted ice cream - then Michael looked at his watch and we realised we had been totally engrossed in what was around us and ended up  racing to Gibson Mill to get Oliver his ice cream before it closed. There are more records to add but due to the masses we found I haven't had time to upload everything! 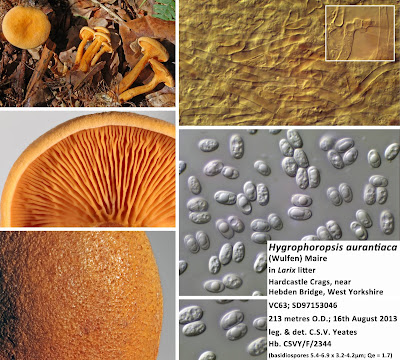 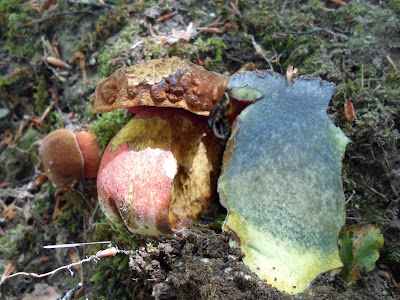 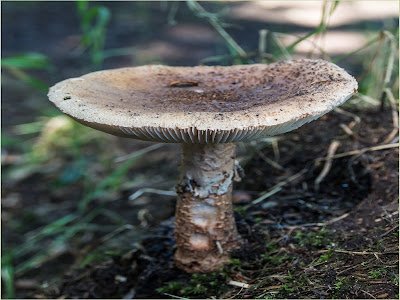 The Blusher (Amanita rubescens), Michael's photo of a mature example above mine below in the immature volval stage below. 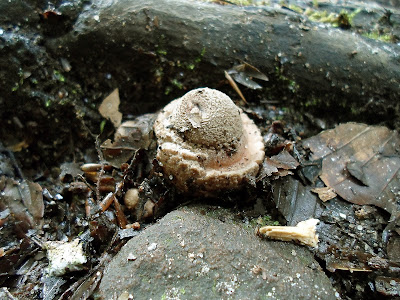 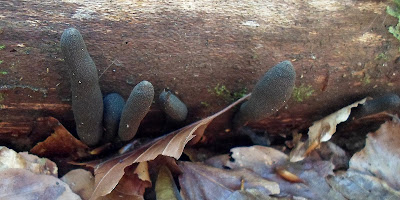 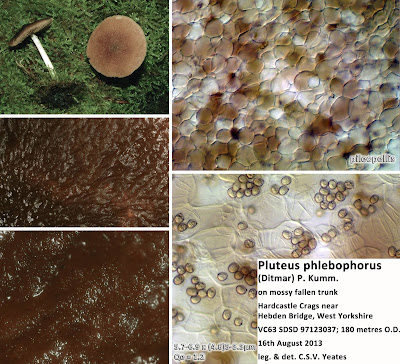 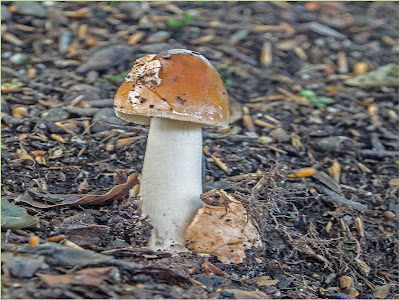 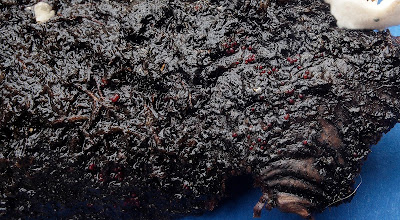 A Nectria species, yet to be confirmed...... 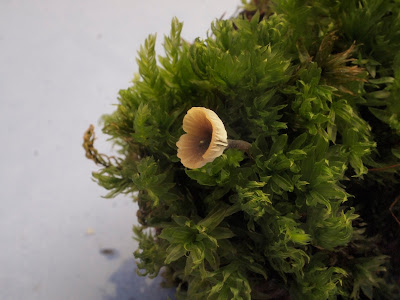 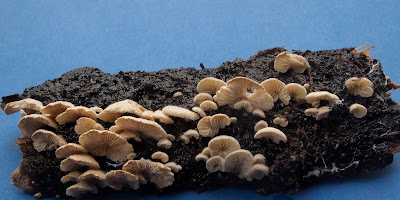 Chris's hunch is that this is a Clitopilus species, yet to be confirmed due to it's longitudinal ridges on the spores (under oil immersion) and maybe one for Kew. 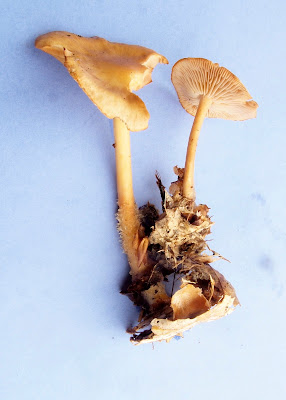 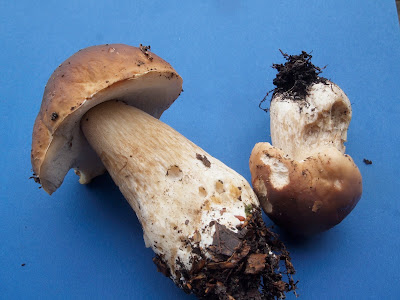 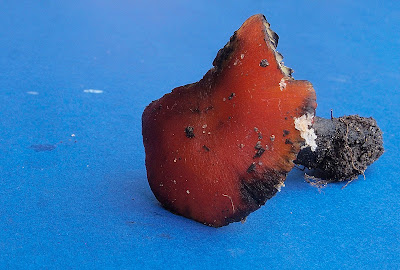 Hygrocybe nigrescens, above and below. 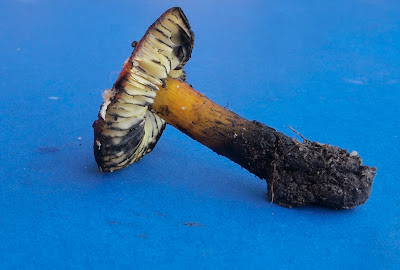 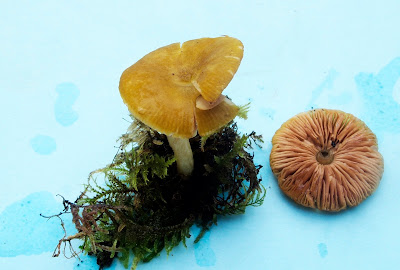 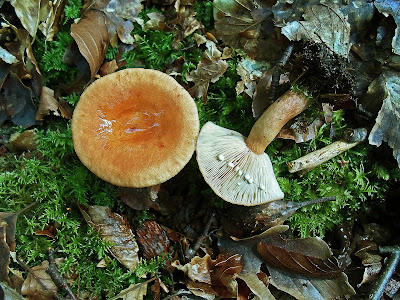 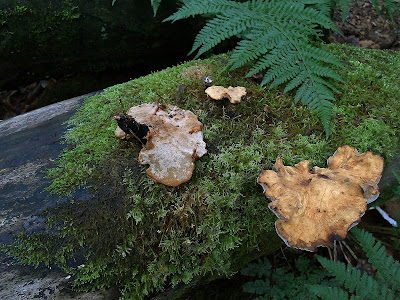 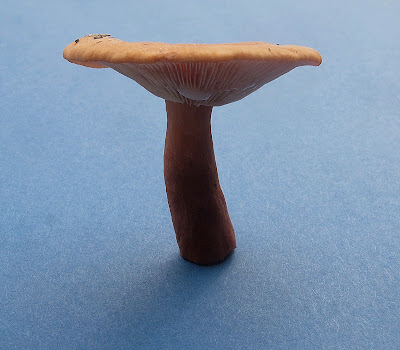 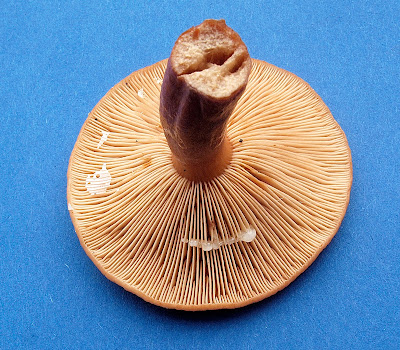