Oliver, Michael and myself had a foray in the wood and we managed to find the rare Pluteus leoninus a great record for Calderdale. It stood out like a beacon under the leaf canopy and it was really difficult to photograph in situ due to the poor light conditions so Michael had use his flash. We can only find two records in the past 10 years for Vice-county 63, however Michael does have previous records for this area, details which I don't have to hand right now. 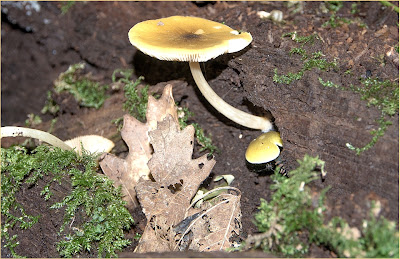 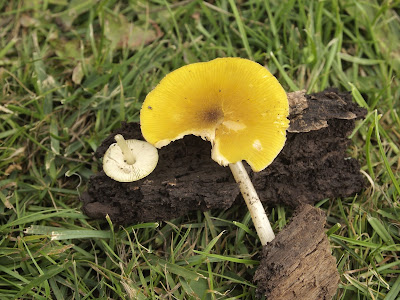 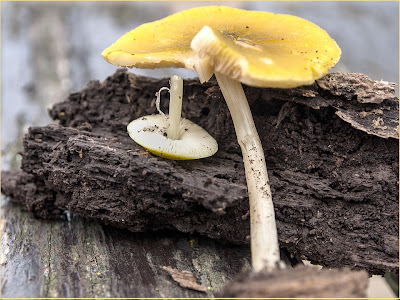 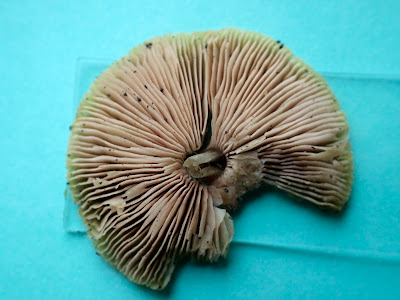 Gills of the Pluteus leoninus, taken later at home. 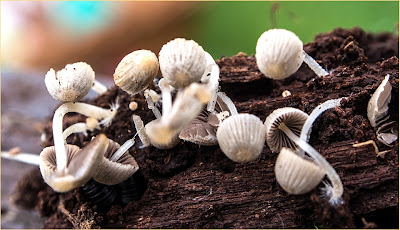 Fairy Inkcap (Coprinus disseminatus) Michael's photo above and mine below. There were hundreds of them trooping over a rotten stump. 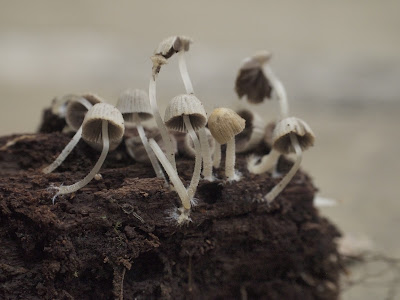 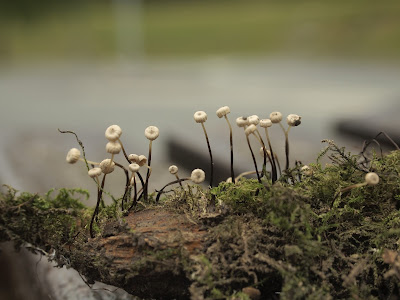