The previous in the day Crags we met David Bartlett and he showed us a picture on his phone of some fungi he had found in Mytholm. I didn't know exactly what they were but I was intrigued and went with Michael to have a look the day later. After researching for some time I finally confirmed its identity after trawling through lots of information and examining the spores. This species was unknown until 2003 and first recorded by a Dutch mycologist Marijke M.Nauta in the Netherlands, and it was added to the British list in 2004. It grows exclusively on woodchip sometimes on mass and there were certainly hundreds of specimens here. I have found four records from the Mid-Yorks Fungus Group online that have been found previously in vice-county 63, and wonderfully now we have one more. 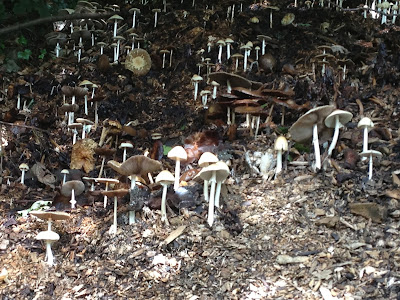 Photo courtesy of David of the one he showed us in the Crags. 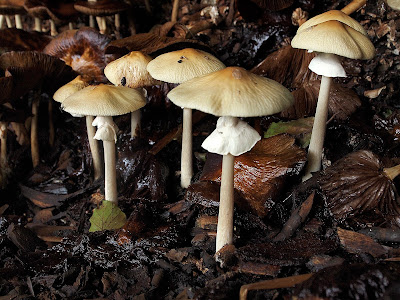 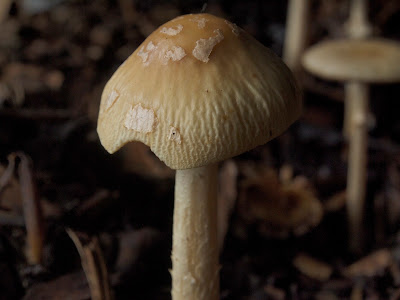 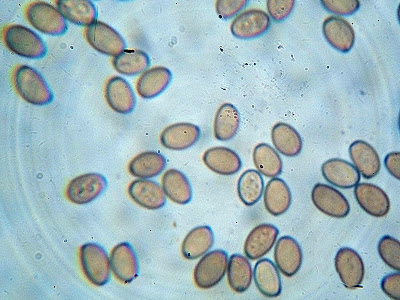