I've had the summer holidays off with Oliver and I haven't had the time to post anything due to lack of time as I have been busy doing activities with him so I'm going to try and catch up if I can. Shown below are just a few things that I thought were quite interesting just to get the blog going again. 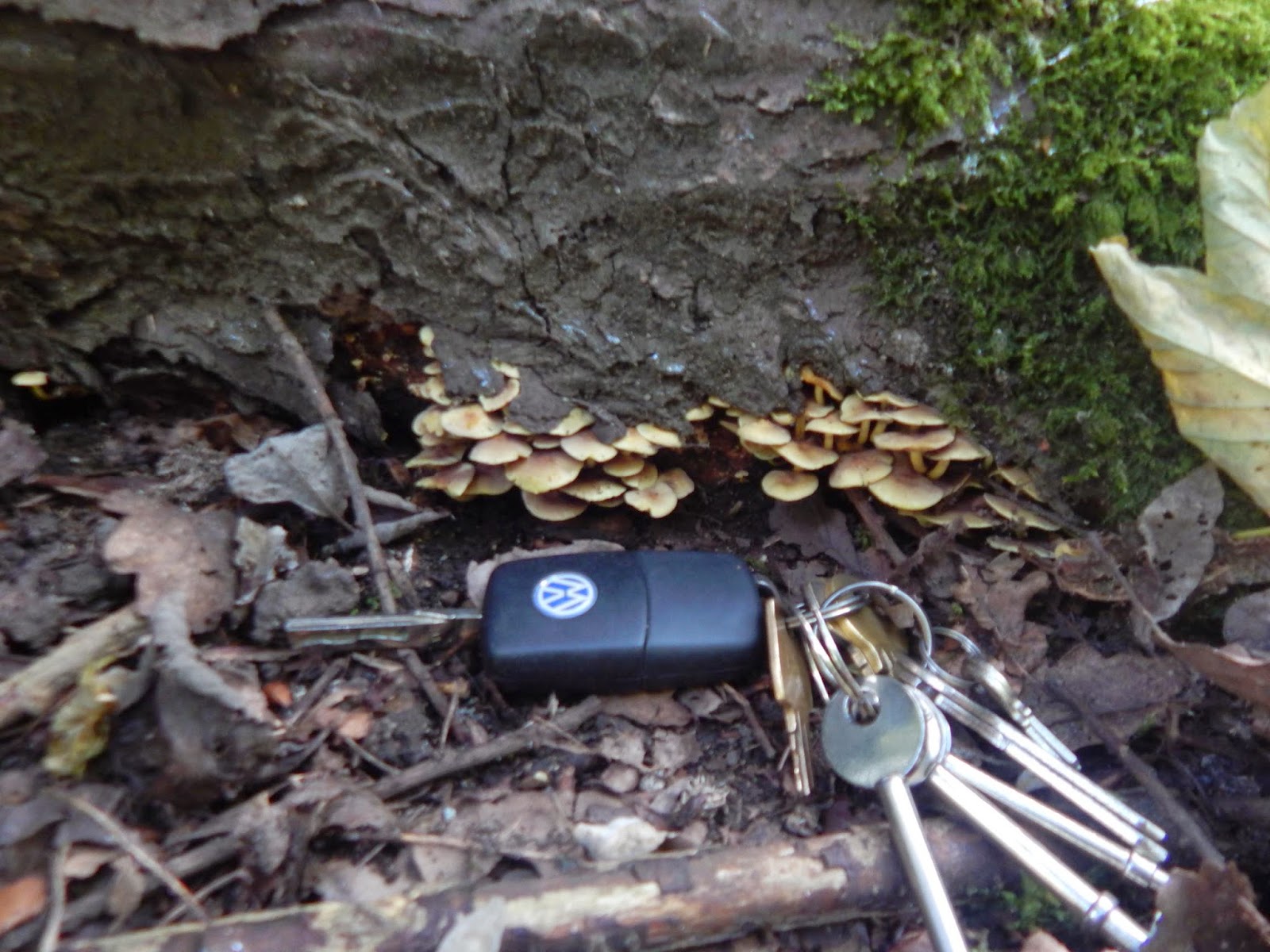 Mal Greaves identified this as Hypholoma fasciculare var. pusillum.  This was found at High Royd Wood, on the 25th July. It is a miniature version of Sulphur Tuft and it never gets any bigger than this. Peachysteve and myself kept seeing it as it is quite common around here but we could never identify it so I was very relieved when Mal did. 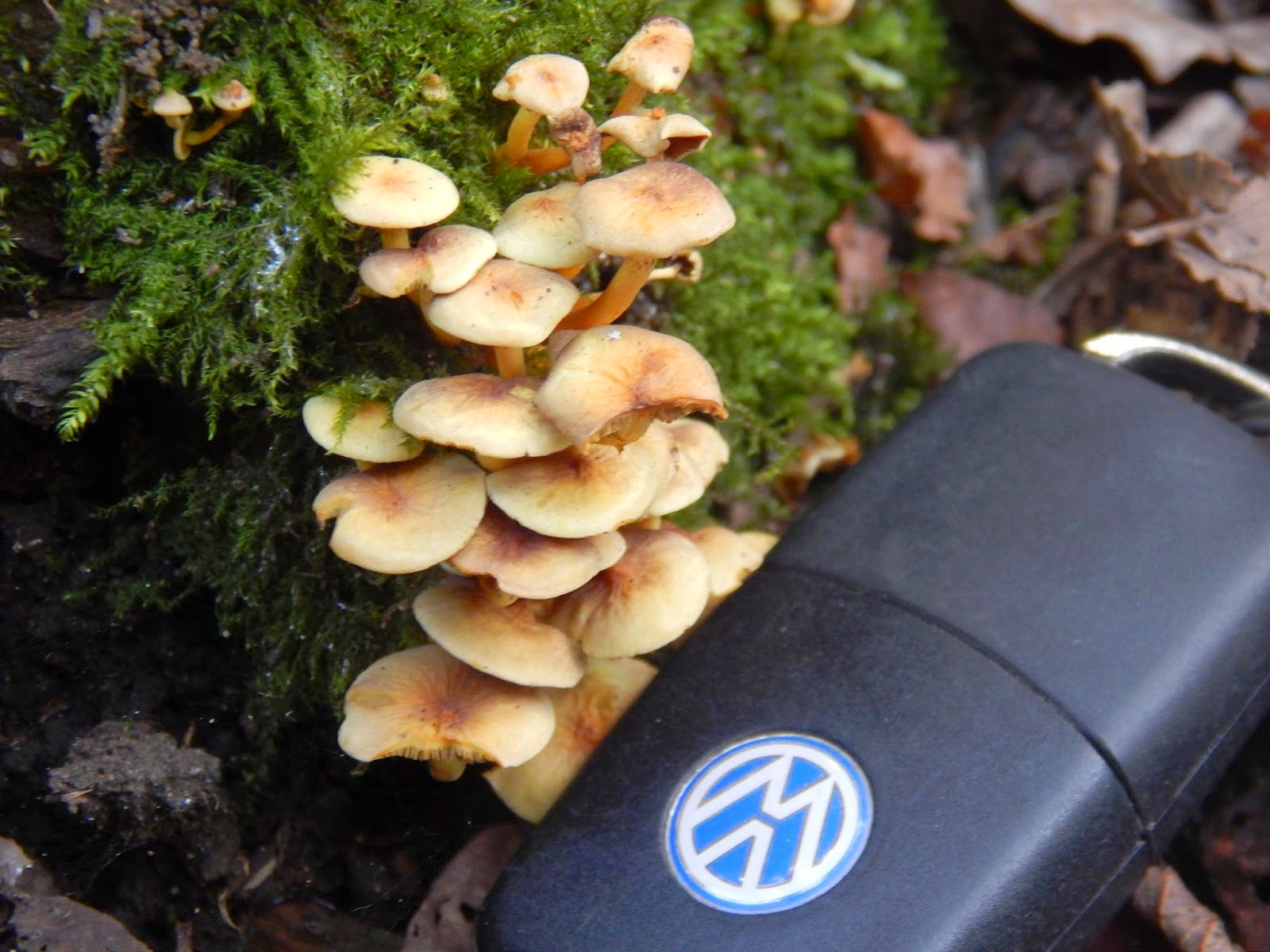 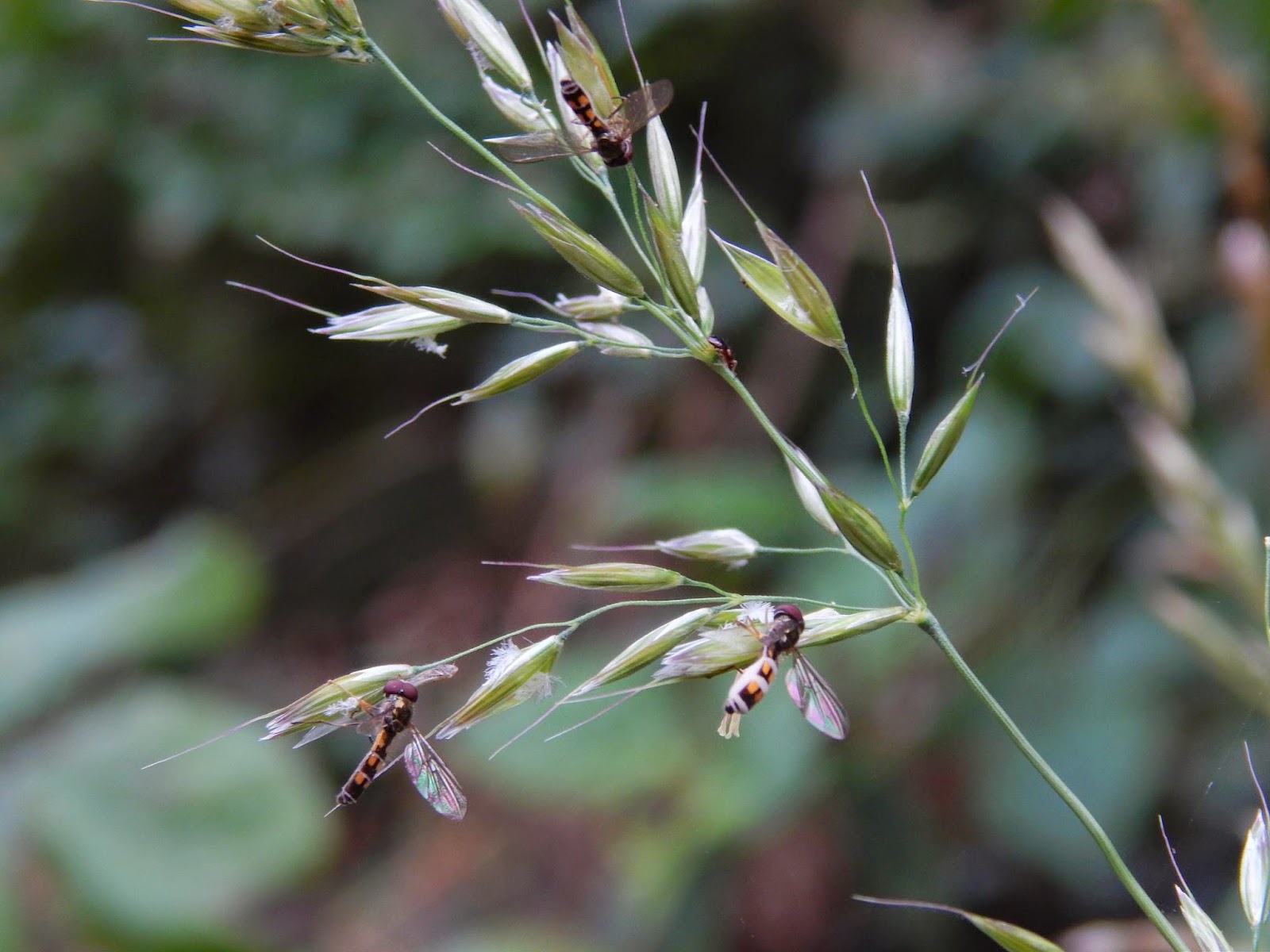 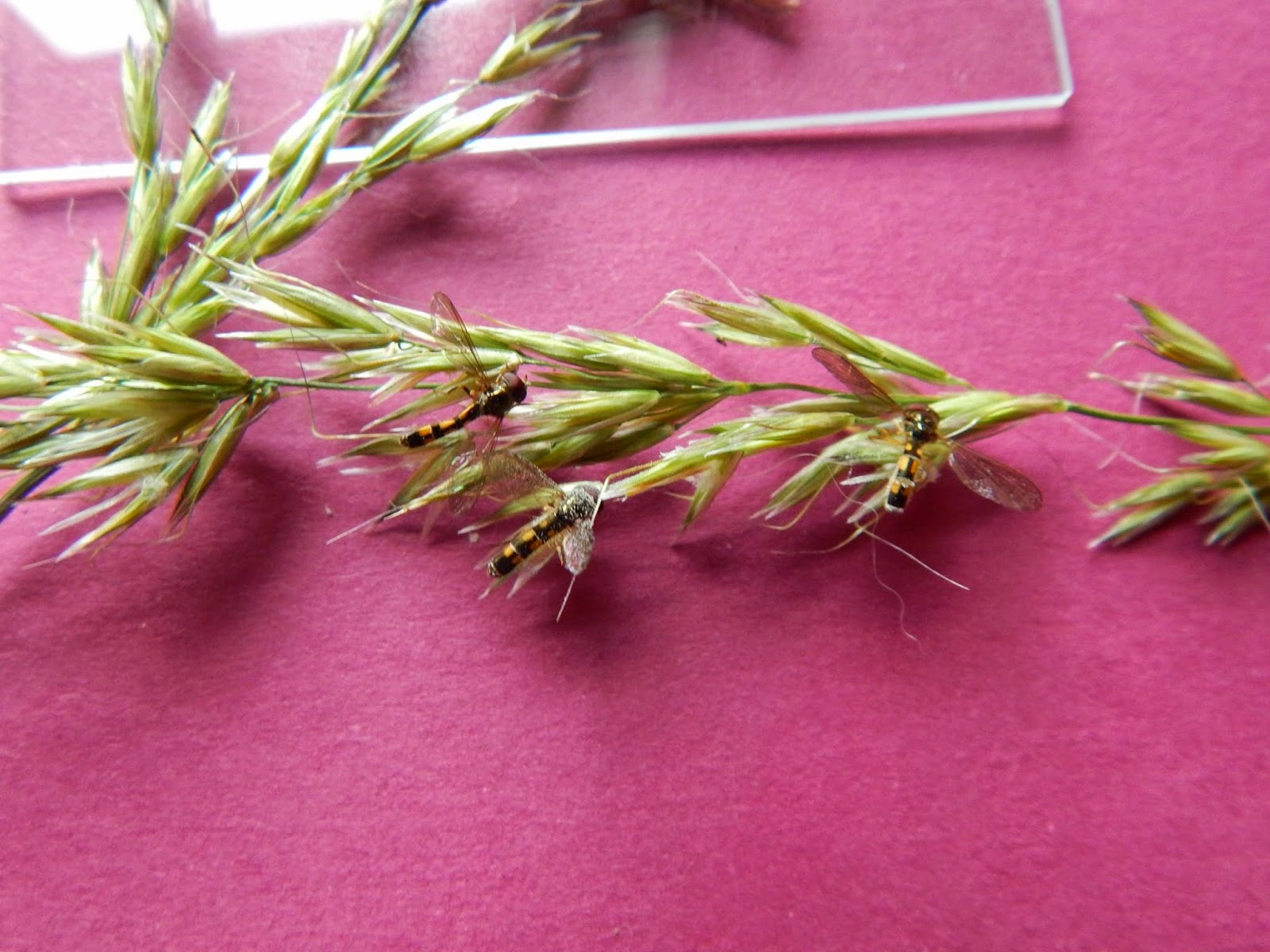 Melanostoma scalare a species of hoverfly that I found to be infected with Entomophthora muscae on 09/08/2014. The were five of them clinging to a stem of False Oat Grass in the path behind my house.  Thanks to Dluogs and Colin Duke for assisting with the identification of the hoverfly. 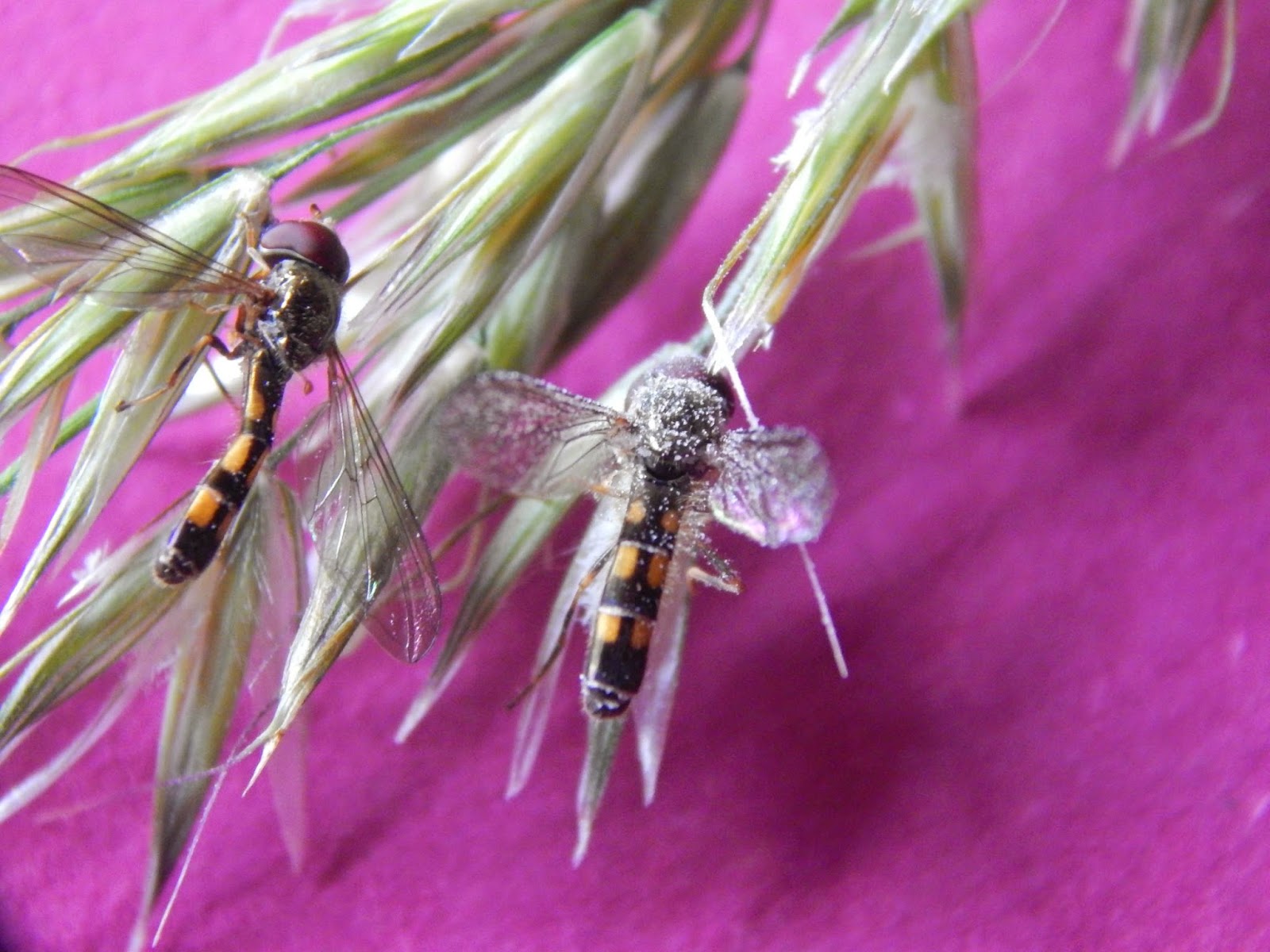 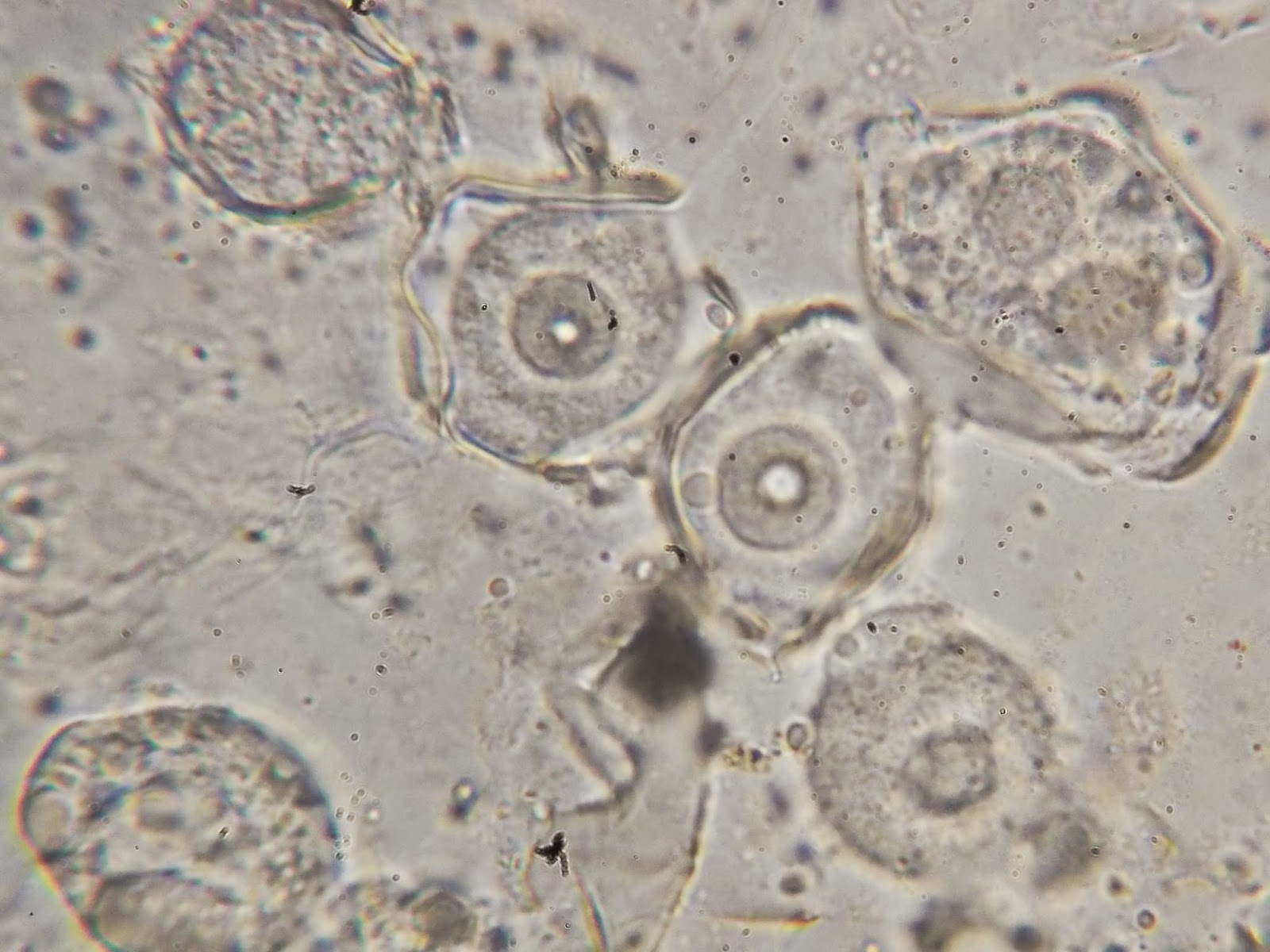 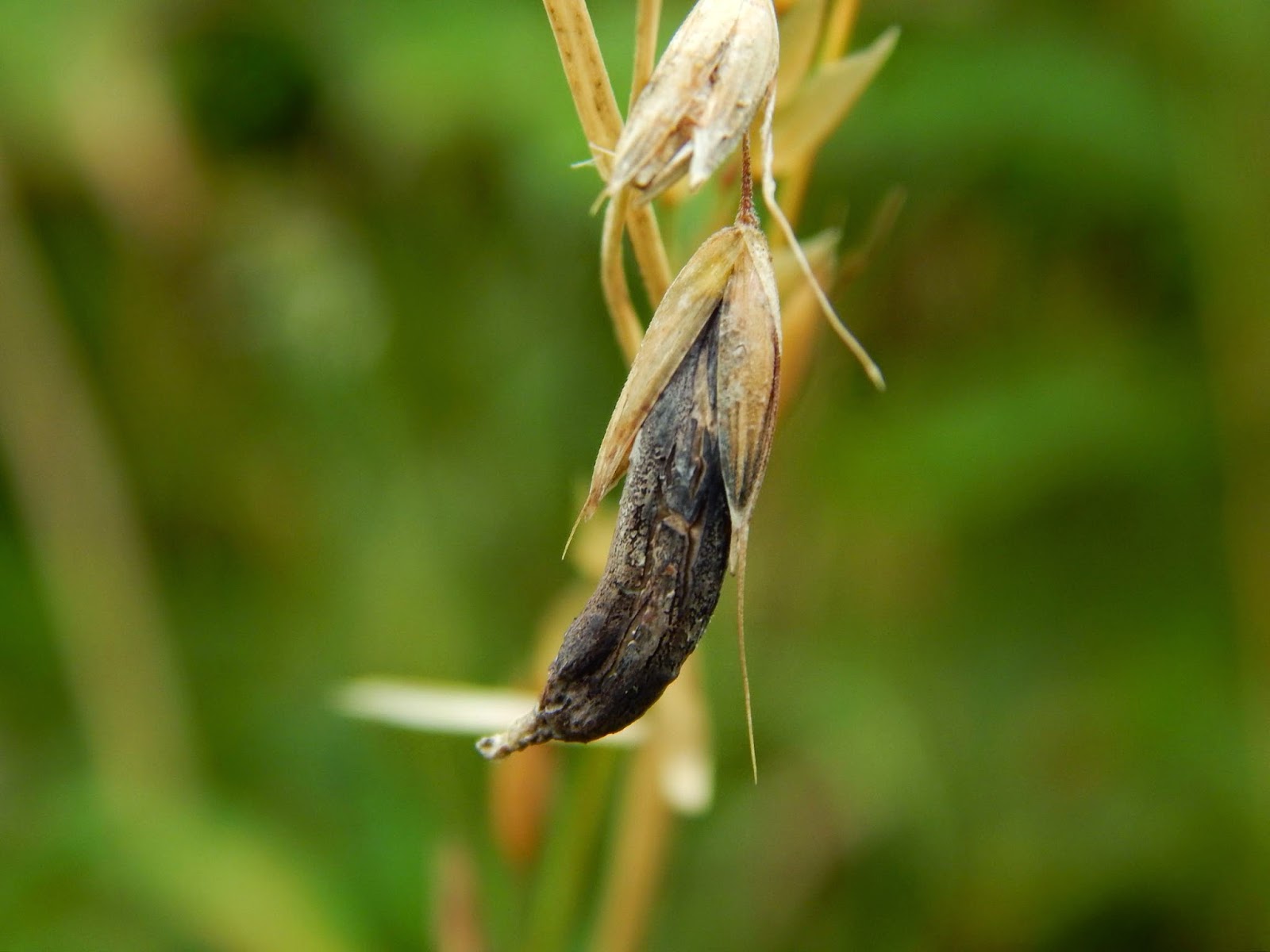 I have seen lots of Ergot (Claviceps purpurea) this year. This particular one I found with Peachysteve at Roger Gate, Hebden Bridge on 30/07/2014. 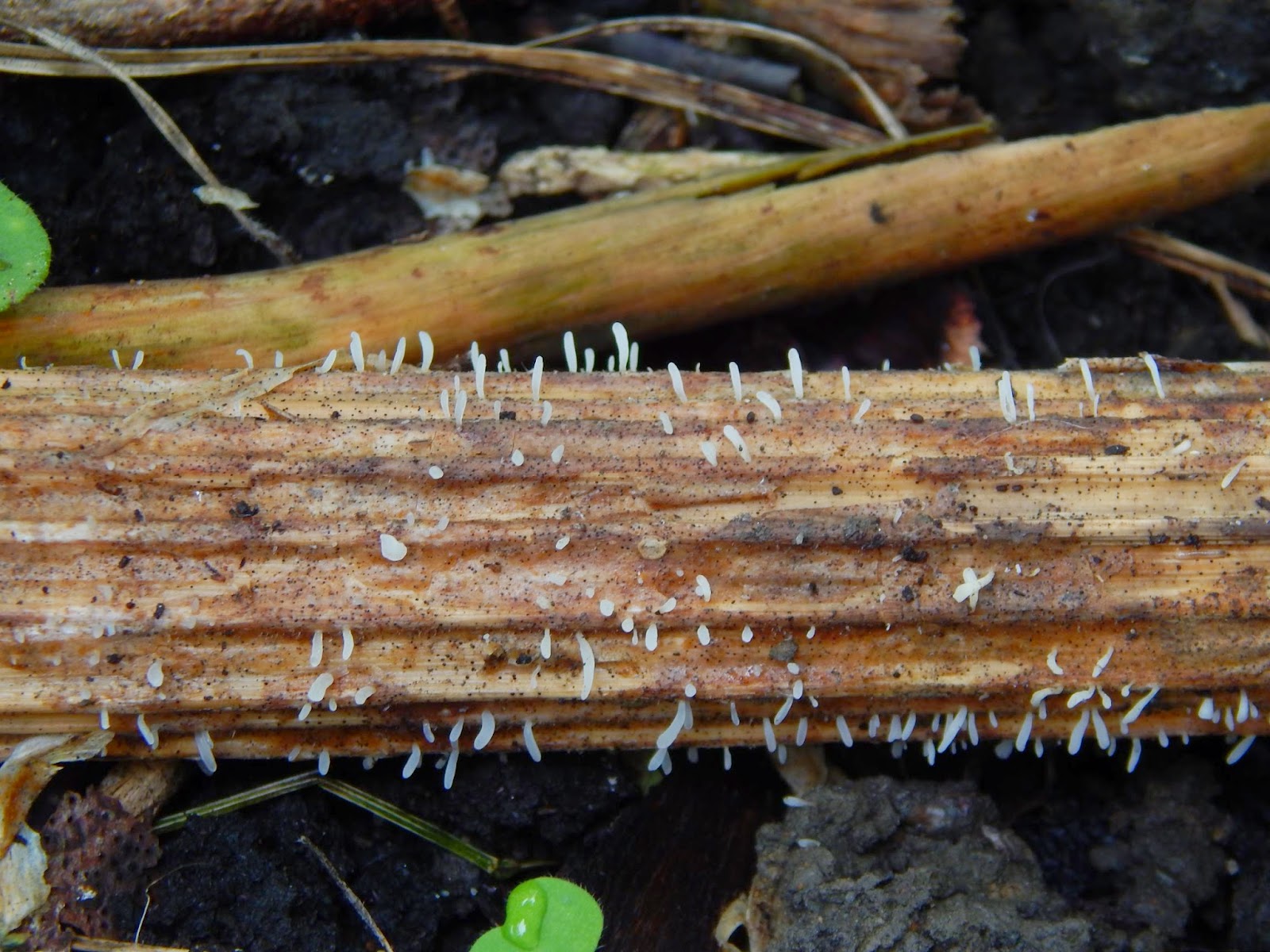 Thyphula unicalis popped up on my dead sunflower stem in my garden on 20/07/2014. They are very fragile, tiny white clubs. 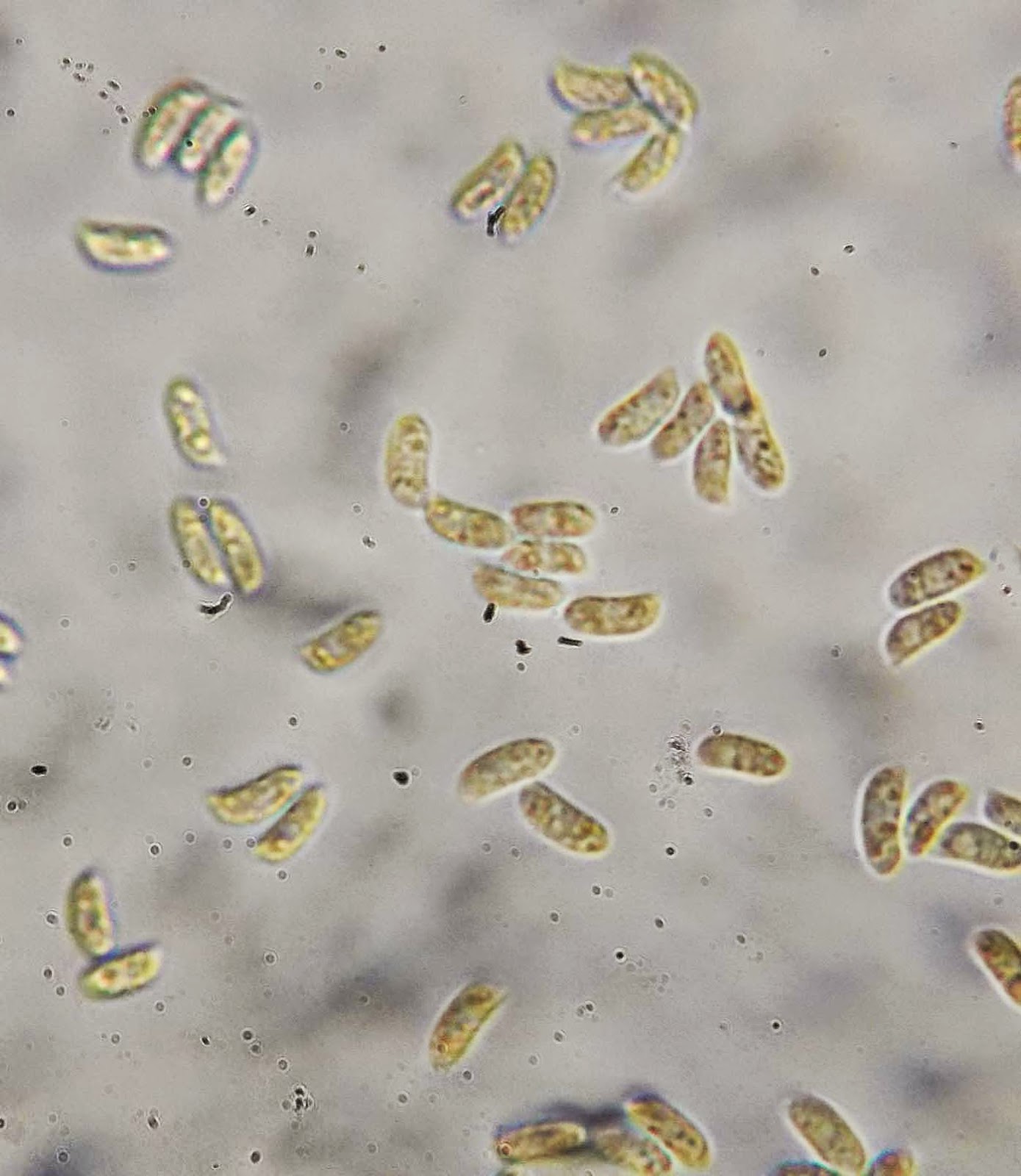 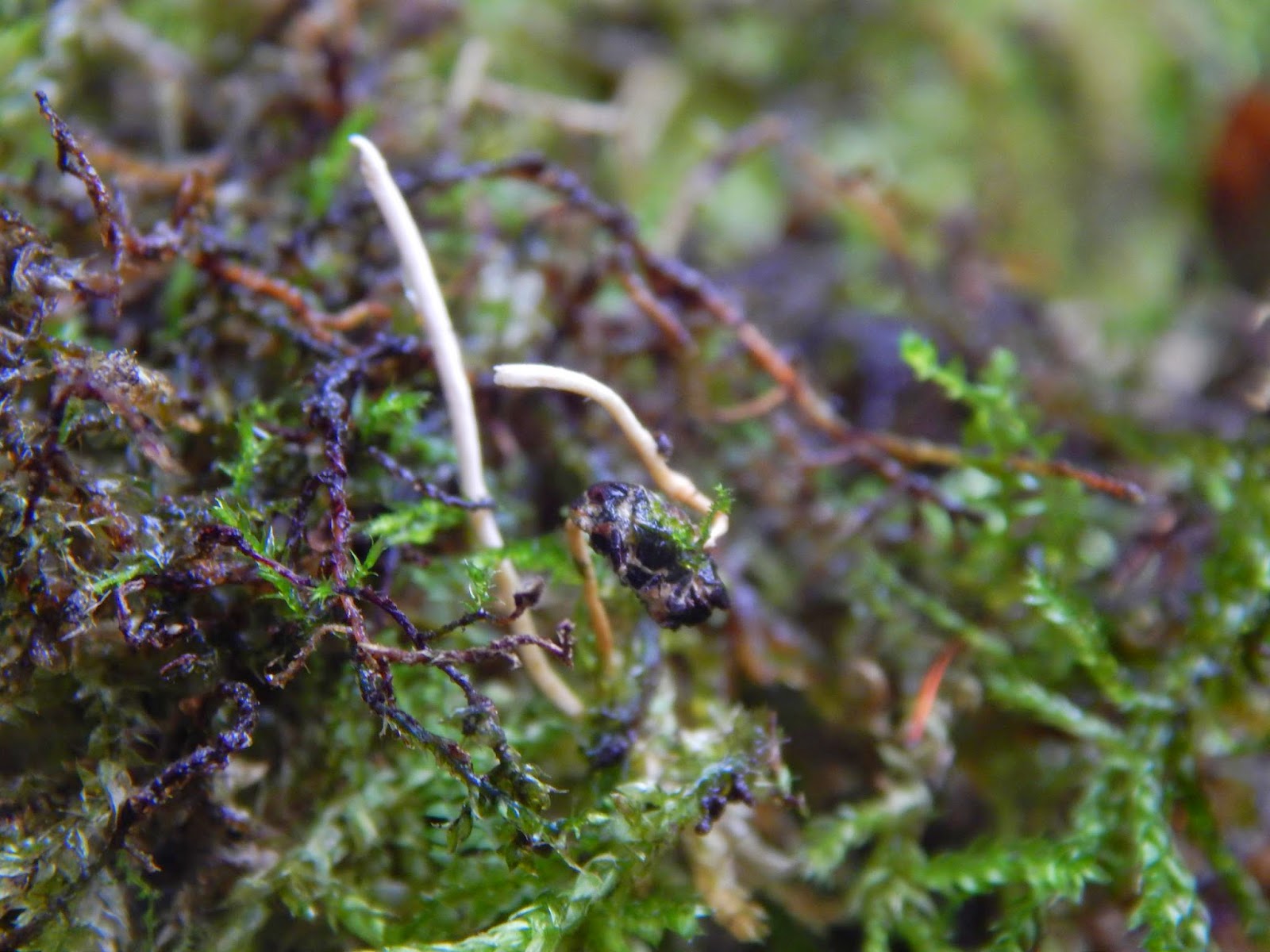 Hymenostible muscarium parasitising a dead fly. Mal Greaves identified this for me. This is the anamorphic (asexual) stage of Ophiocordyceps ditmarii, before the fruiting heads become mature. You can see in the photograph  they are two sterile stalks without the fruiting body at the apex.
Posted by Alison at 4:02 PM