Michael and I met Steve for a foray in the woods on the  03-10-13, we spent a lot of the time talking and not much time photographing what we saw, so Steve and I revisited the wood again on the 07-10-13 to take some more pictures and also to hopefully find the group of white Amanitas we had seen on our previous visit but the slugs had eaten all of them, but we are hoping that they will reappear again another day. 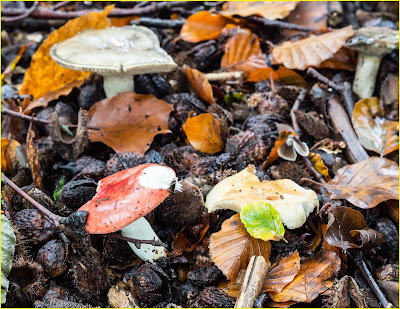 Autumn in Dodge Royd by Michael. 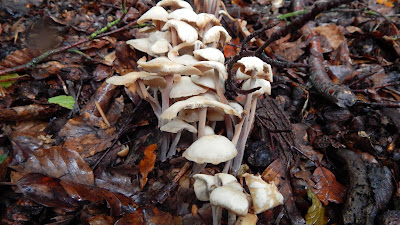 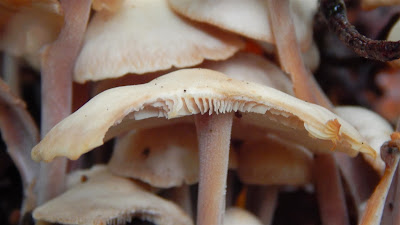 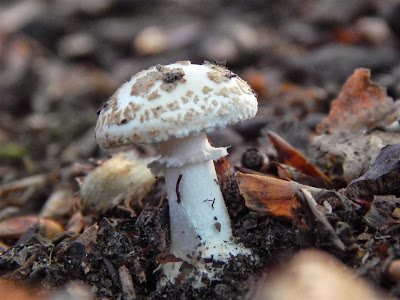 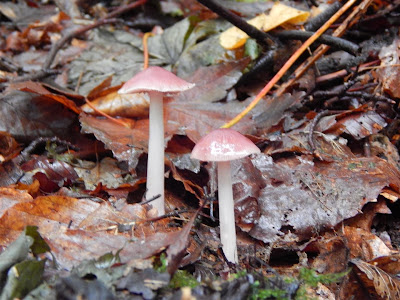 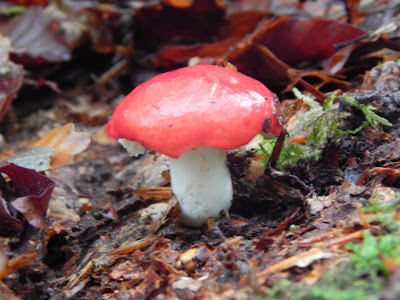 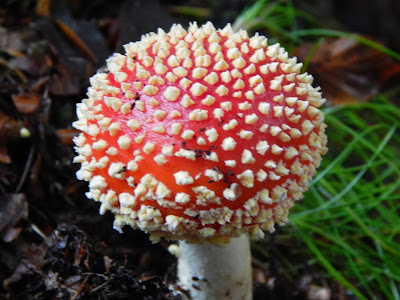 We found a very attractive group of Fly Agarics (Amanita muscaria) -Steve's photo above and Michael's below. 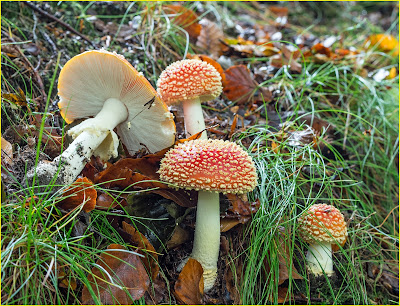 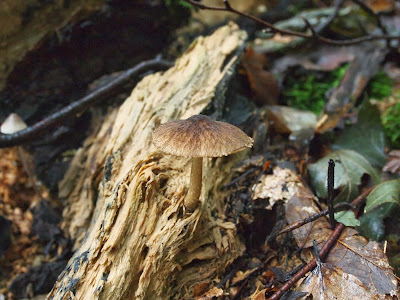 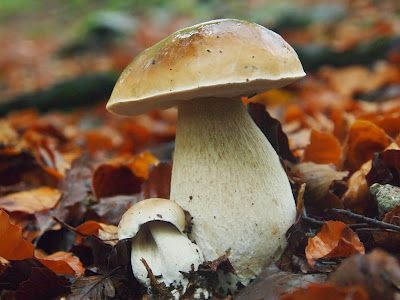 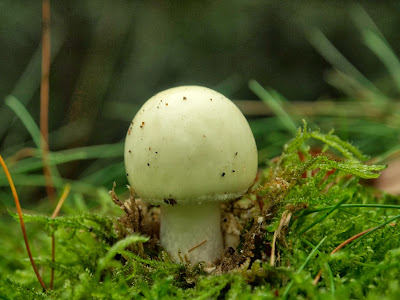 White False Deathcap (Amanita citrina var. alba) - My photograph above and Michael's below. 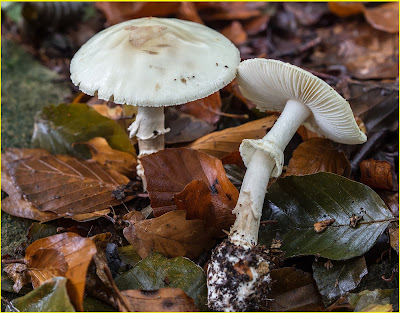 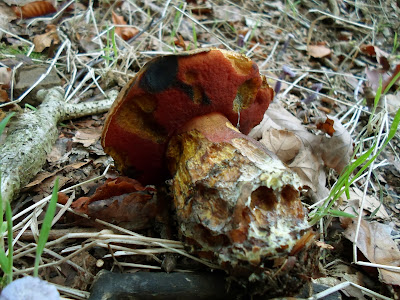 Scarletina Bolete (Boletus erythropus) - above and below. 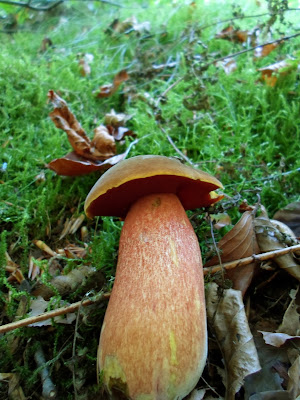 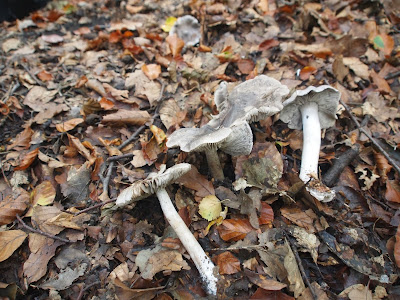 Beech Knight (Tricholoma scoides) - above in situ and below is a specimen I took home to identify. 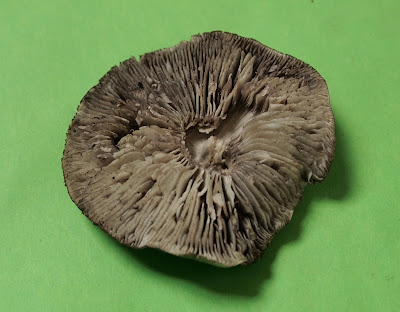 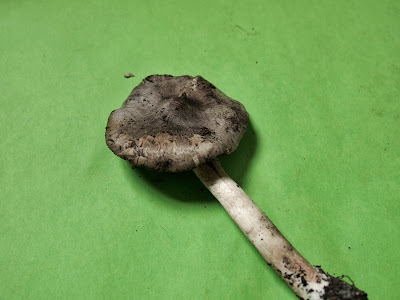 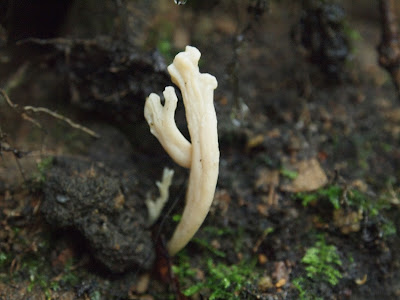 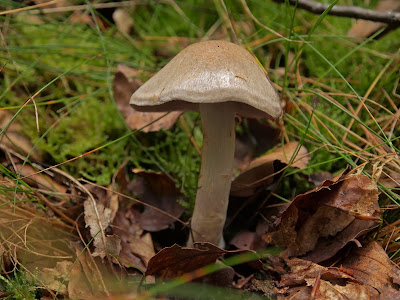 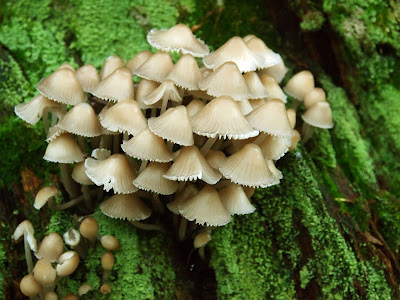 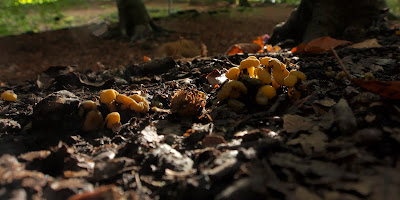