Peachysteve and I had a walk up to the Sweet Chestnut plantation with Basil and Lace and shown below are the photographs of what we found. Does anyone know the history of Gallows Pole Hill? Who planted the wood and was anyone ever hanged there as the name suggests? 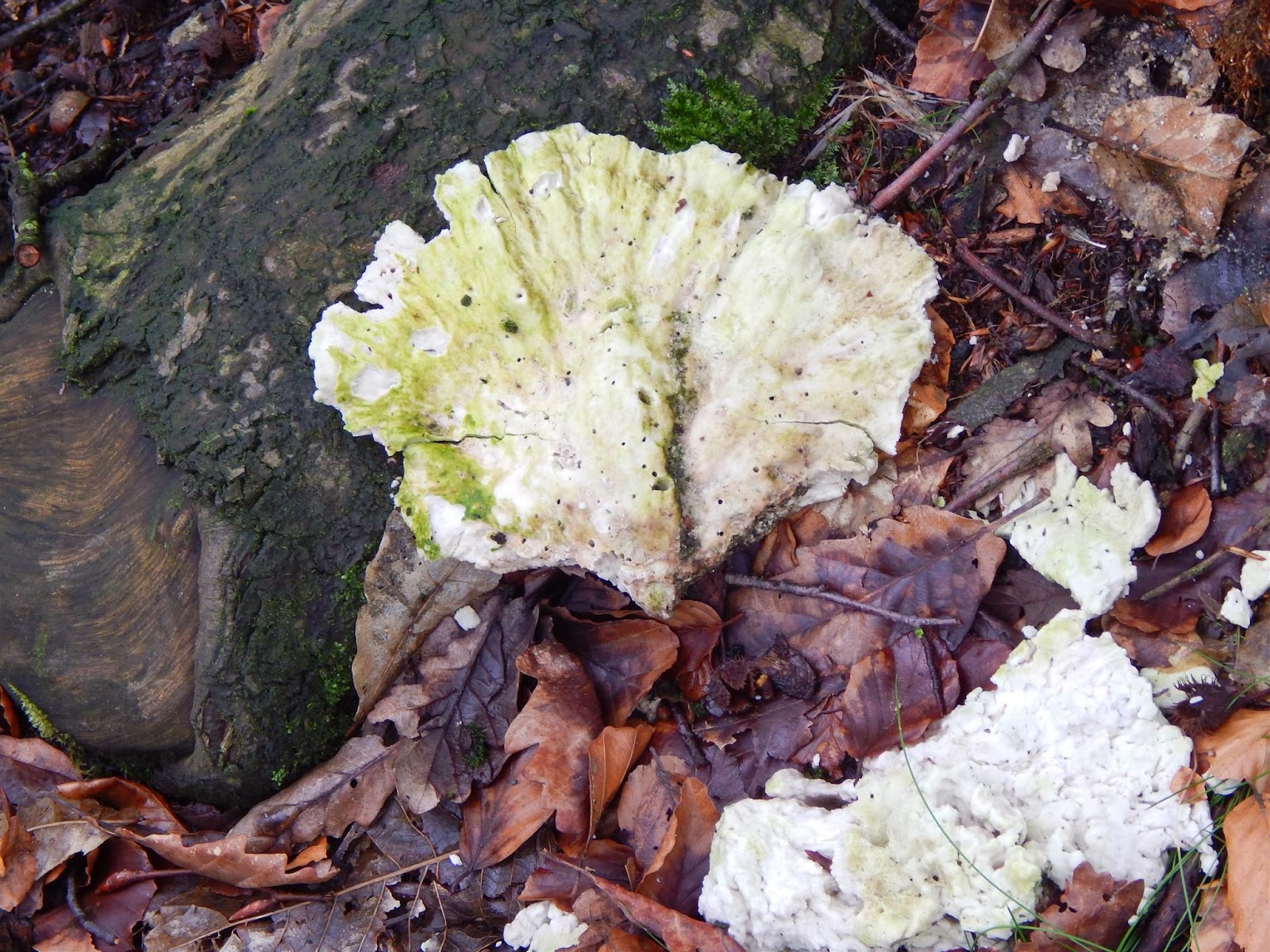 Chicken of the Woods (Laetiporus sulphureus) on Sweet Chestnut (Castanea sativa). Steve's photo above and mine showing the point of attachment below. 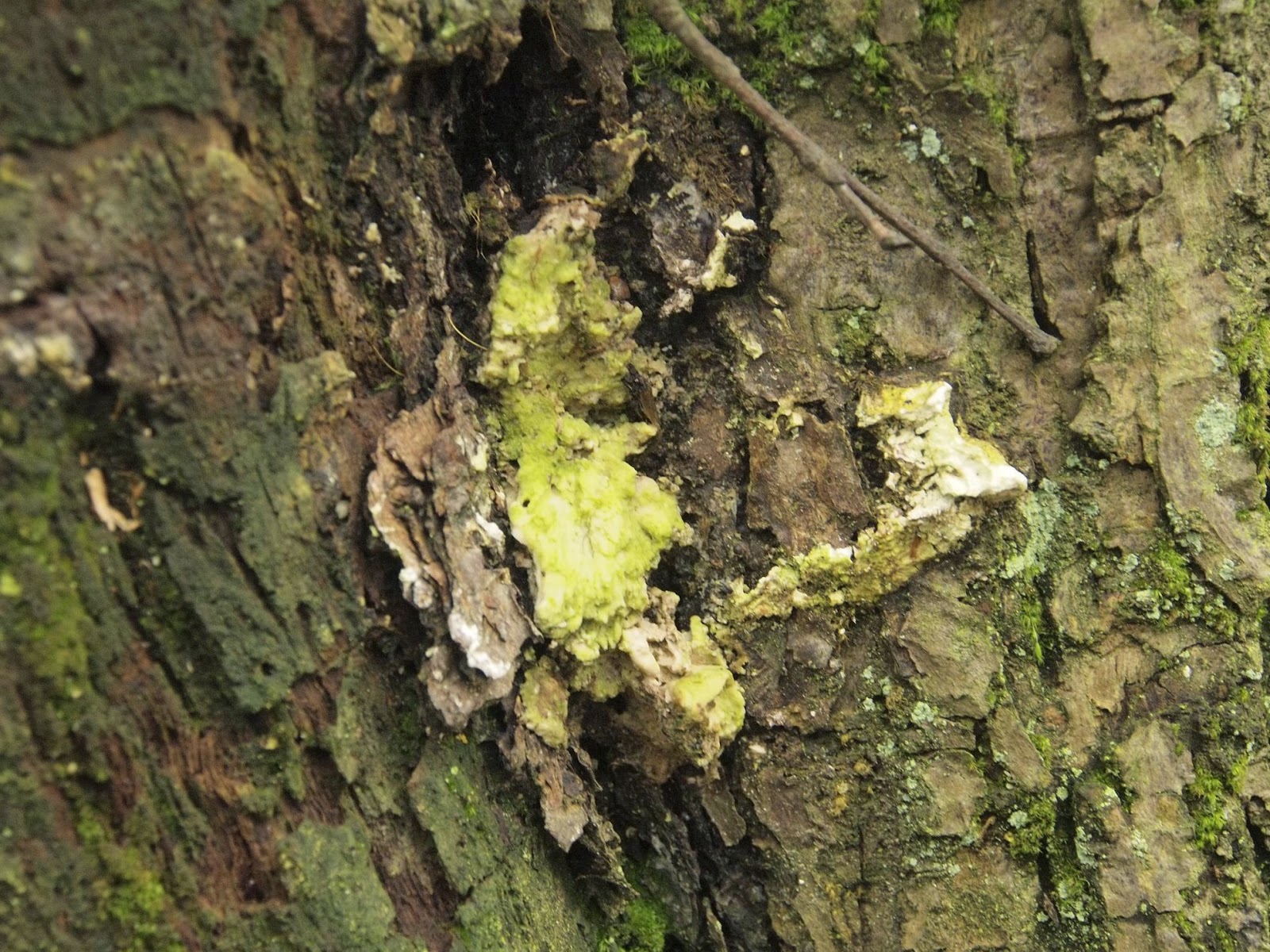 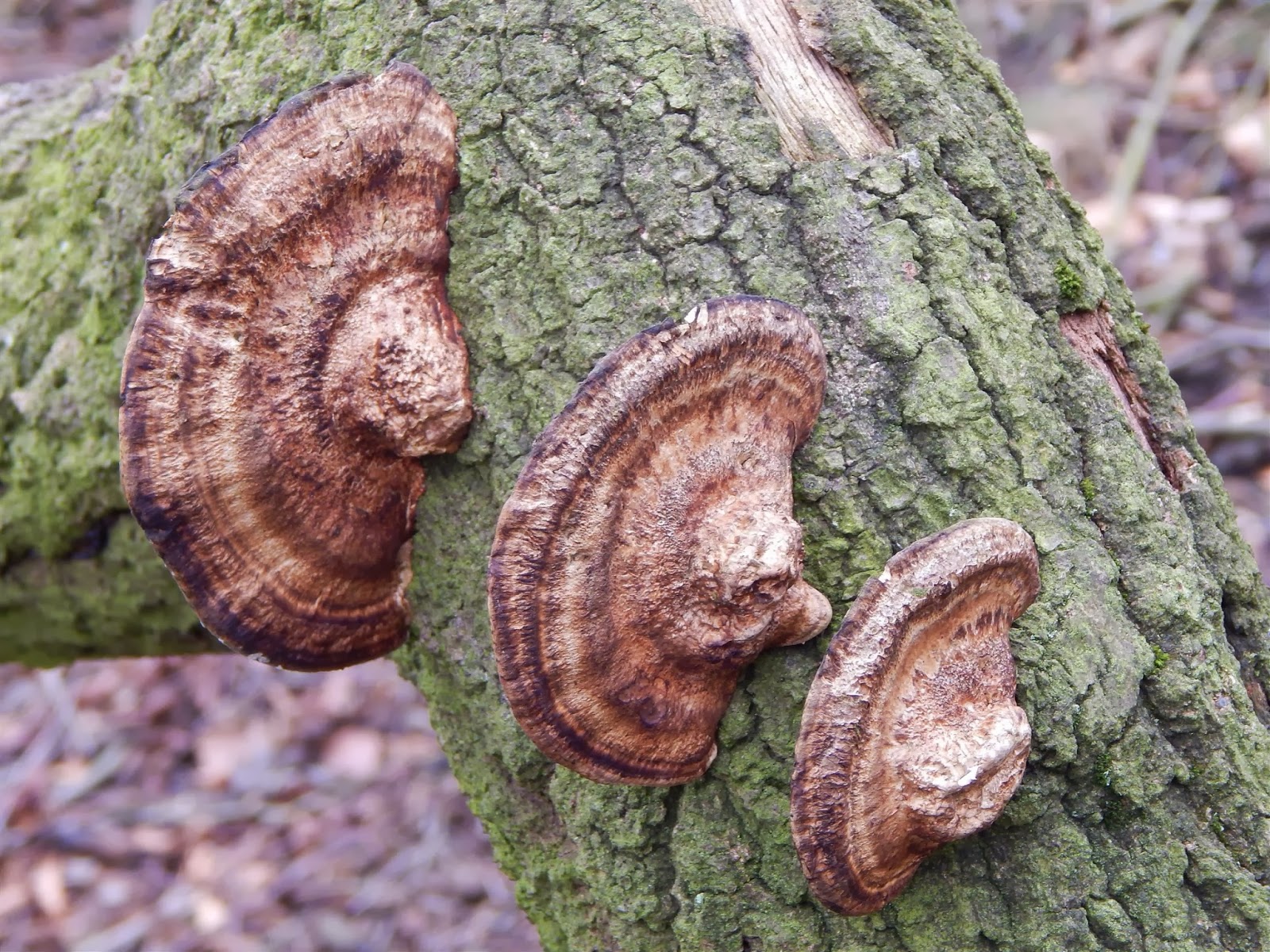 Blushing Bracket (Daedaleopsis confragosa) on oak (Quercus. sp). Steve's photos above and below. 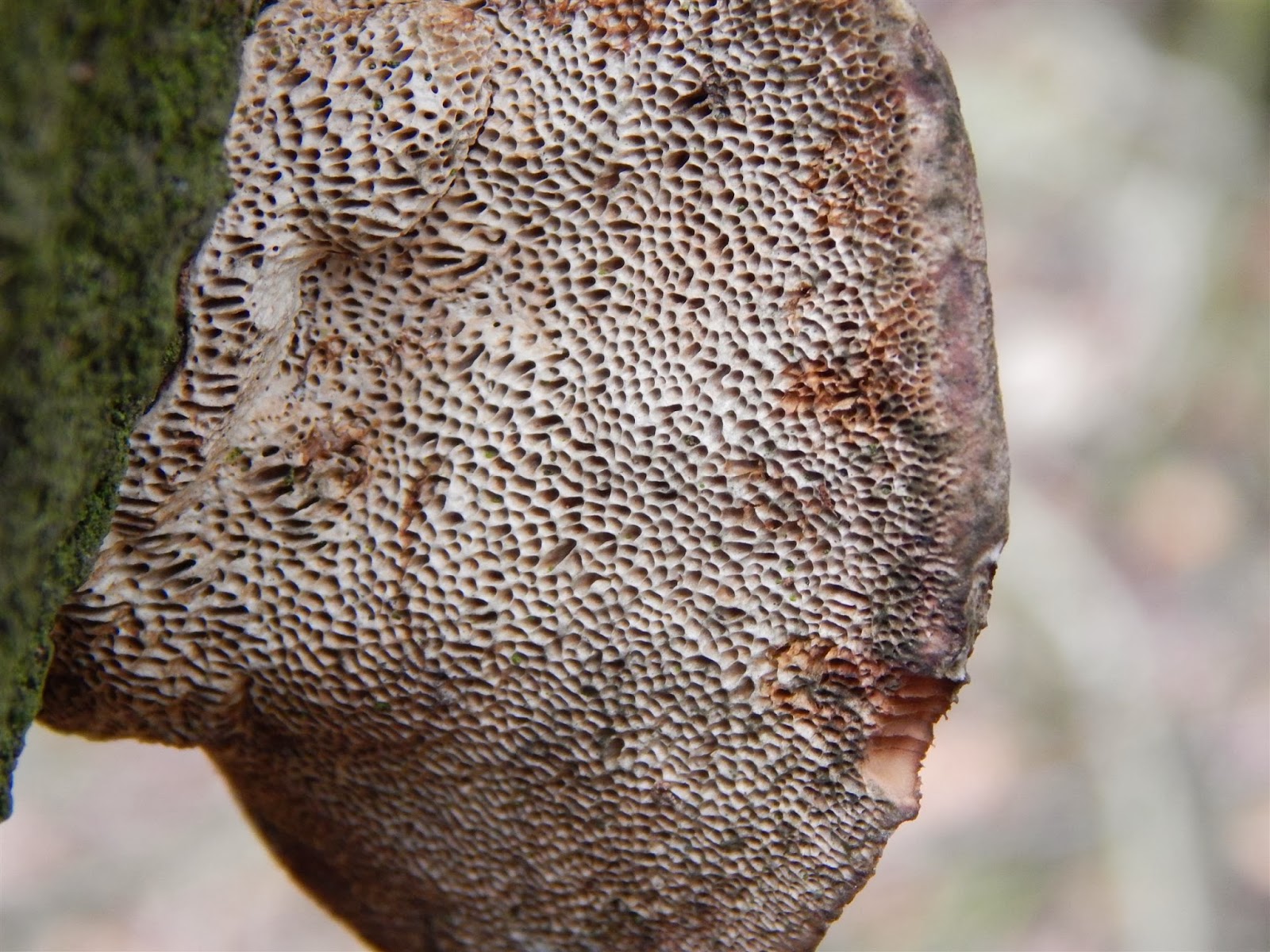 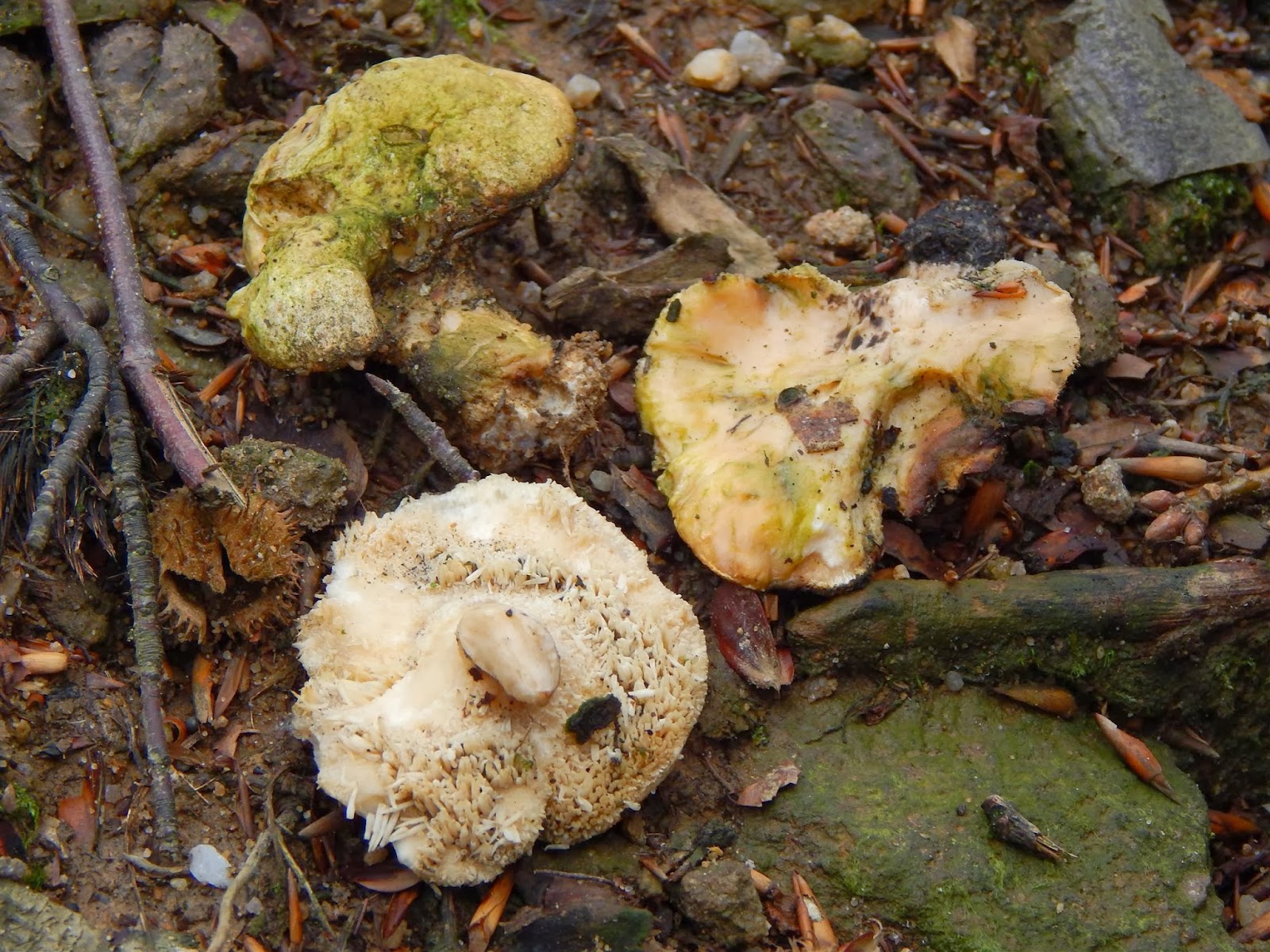 Wood Hedgehog (Hydnum repandum) - Steve's photo above and mine below. 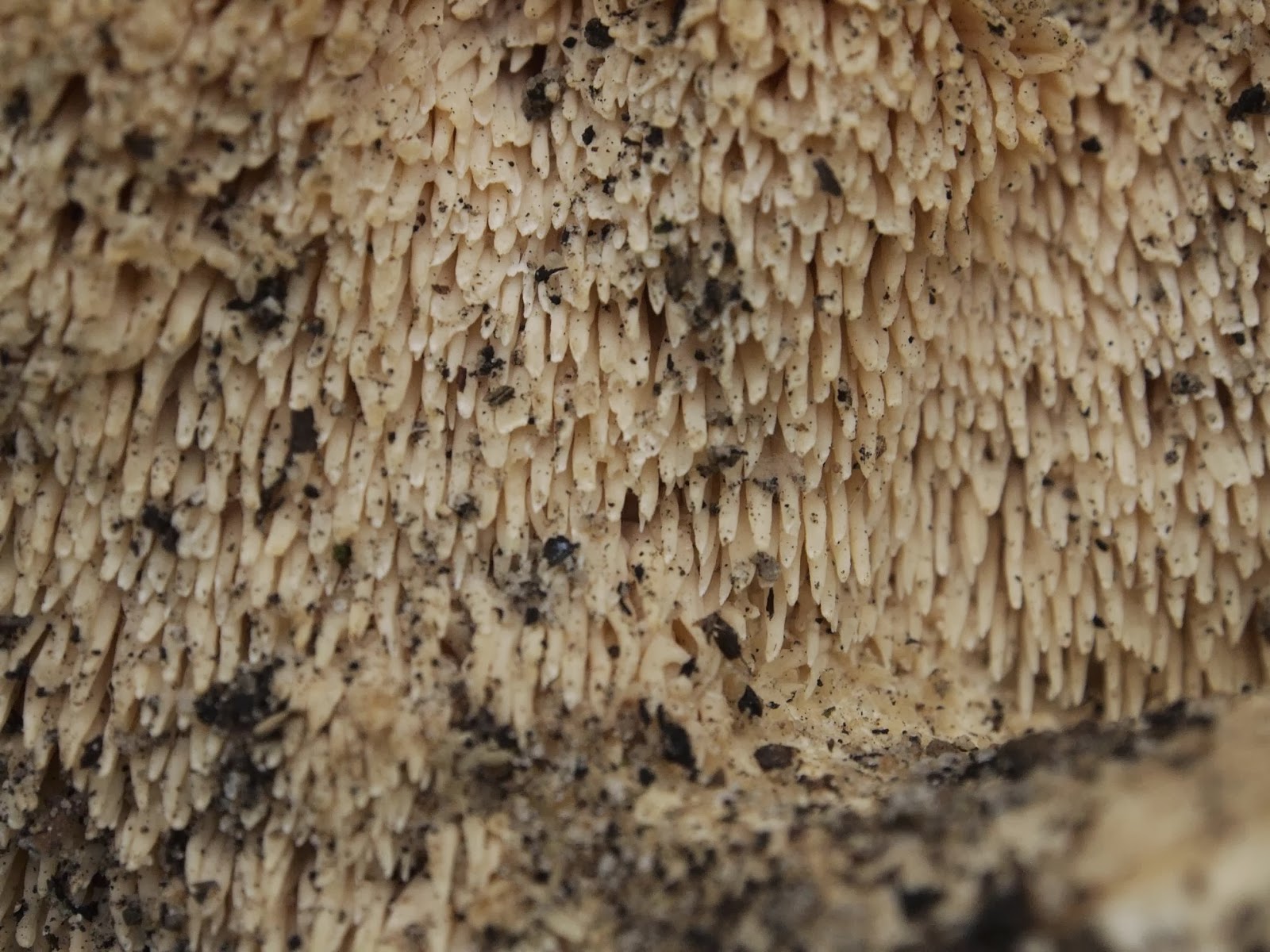 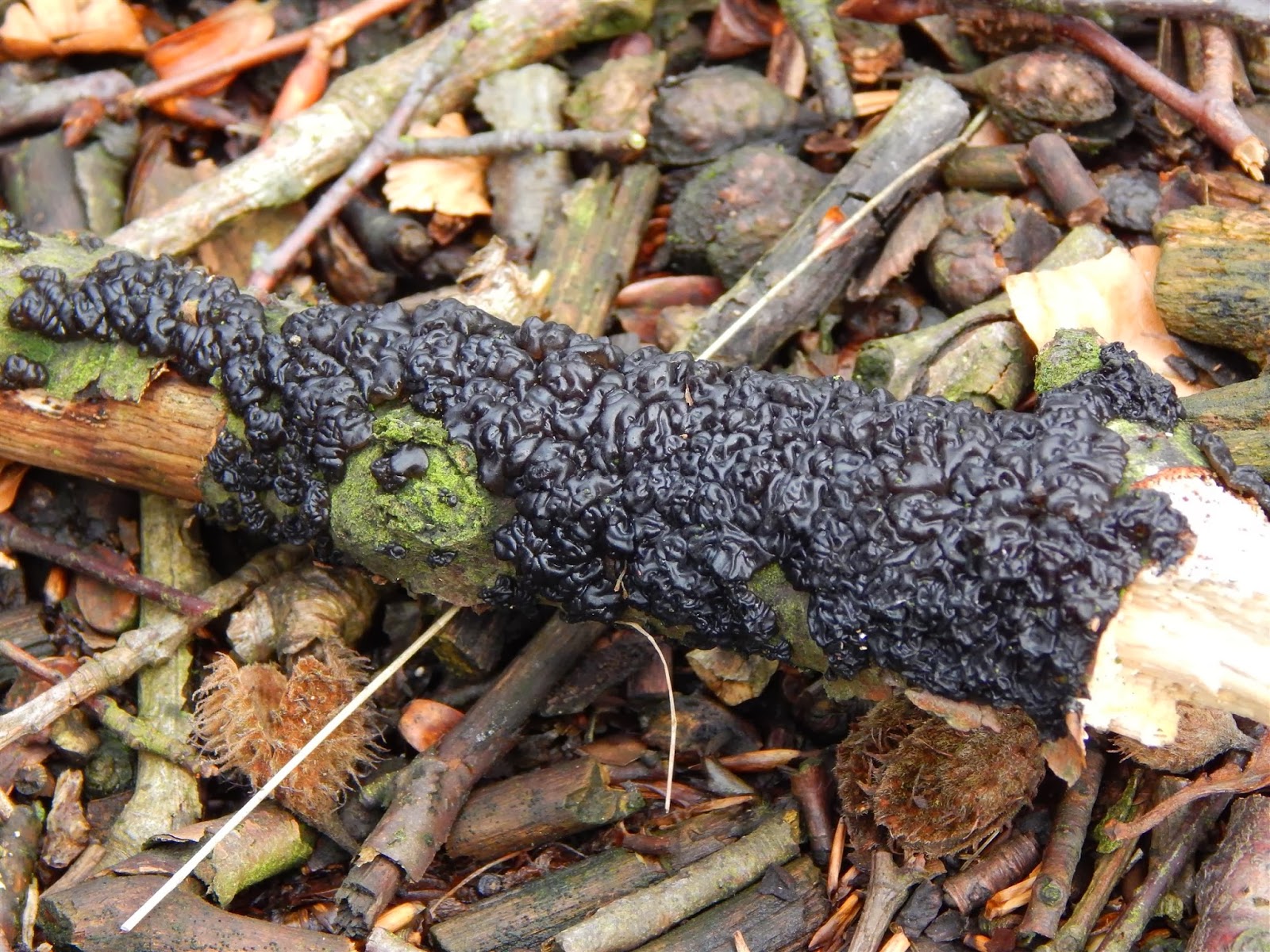 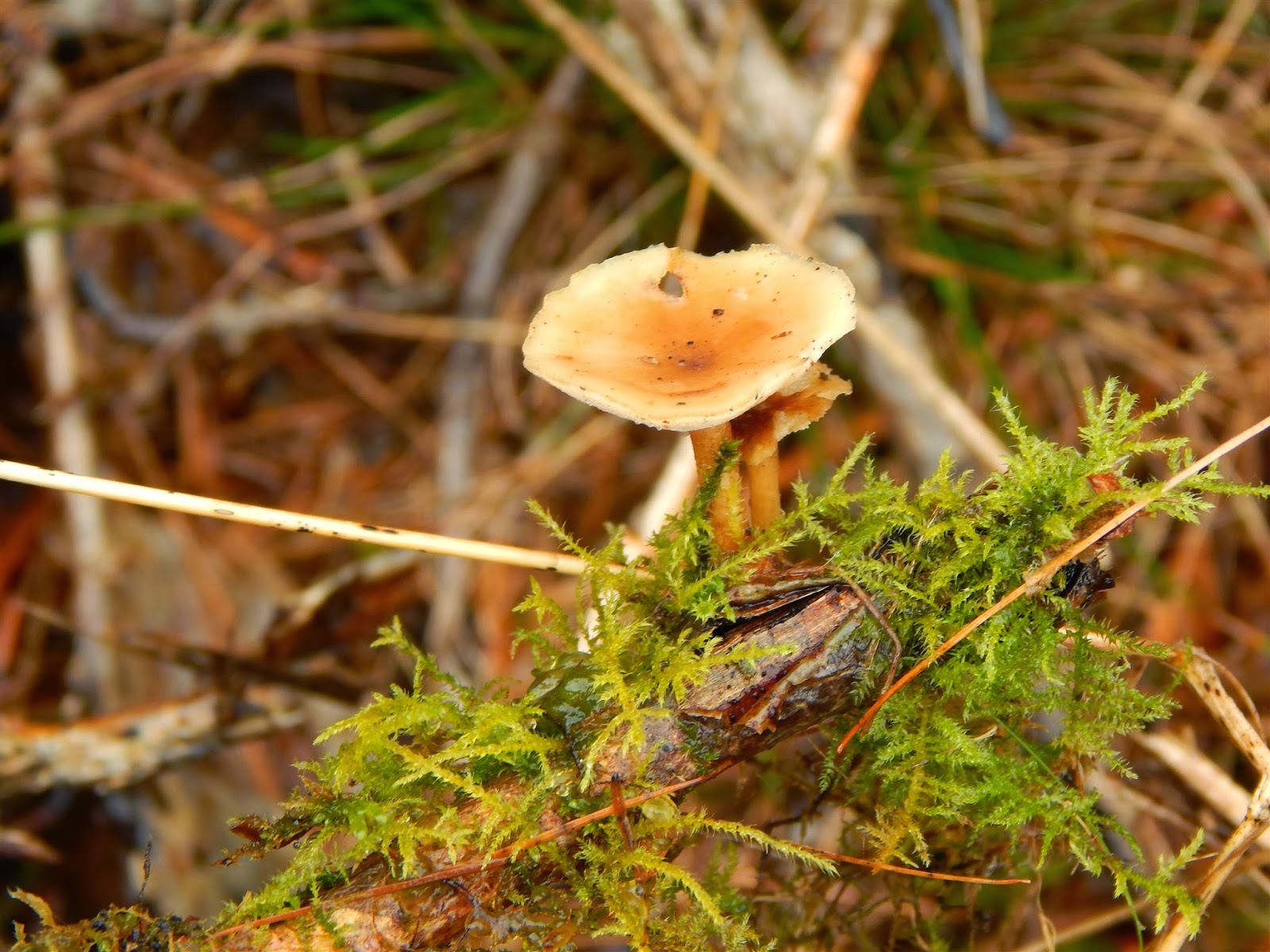 Winter Polypore (Polyporus brumalis) Steve's photo above and mine below. Found in Crawstone Hall Wood. 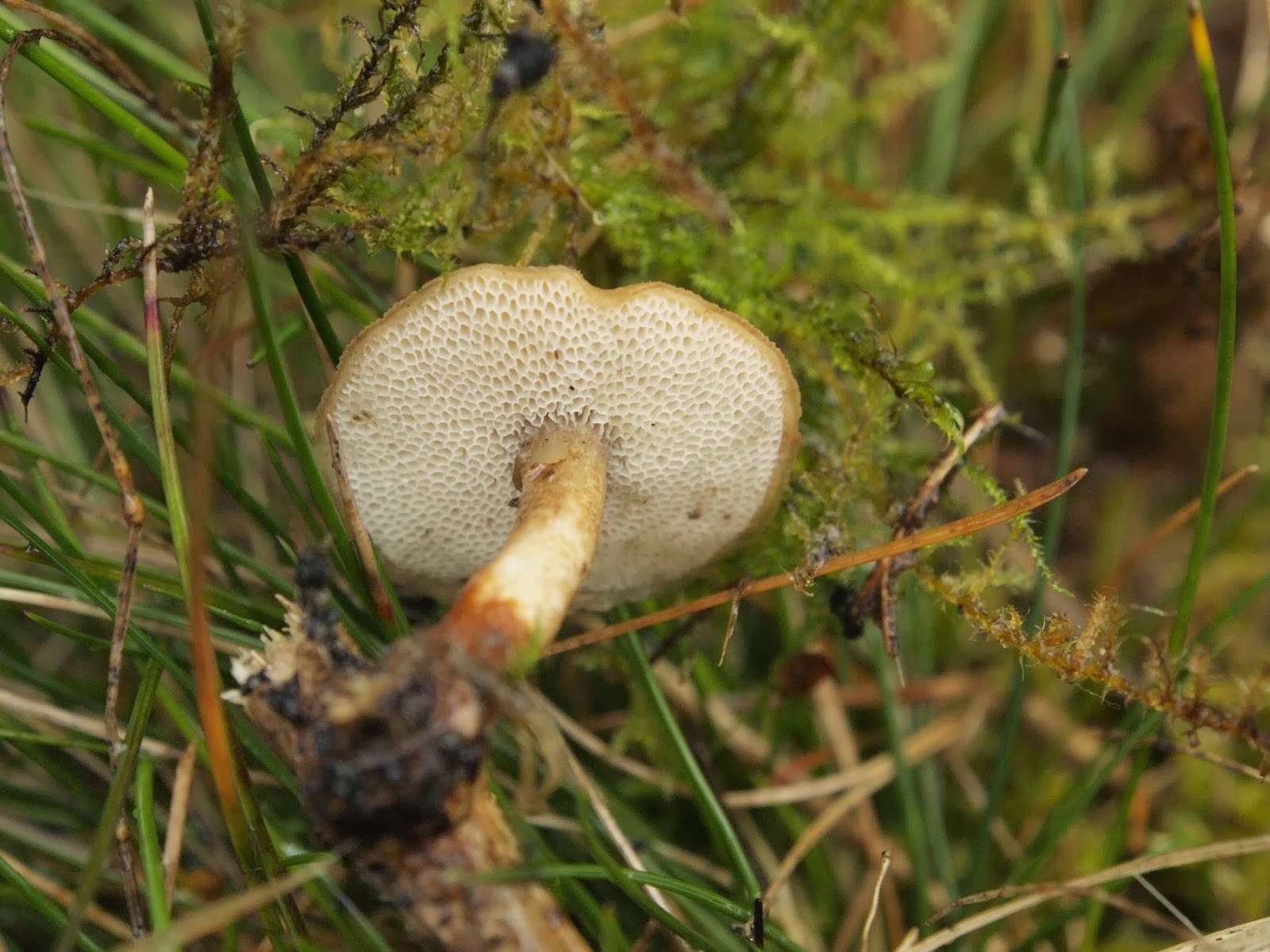 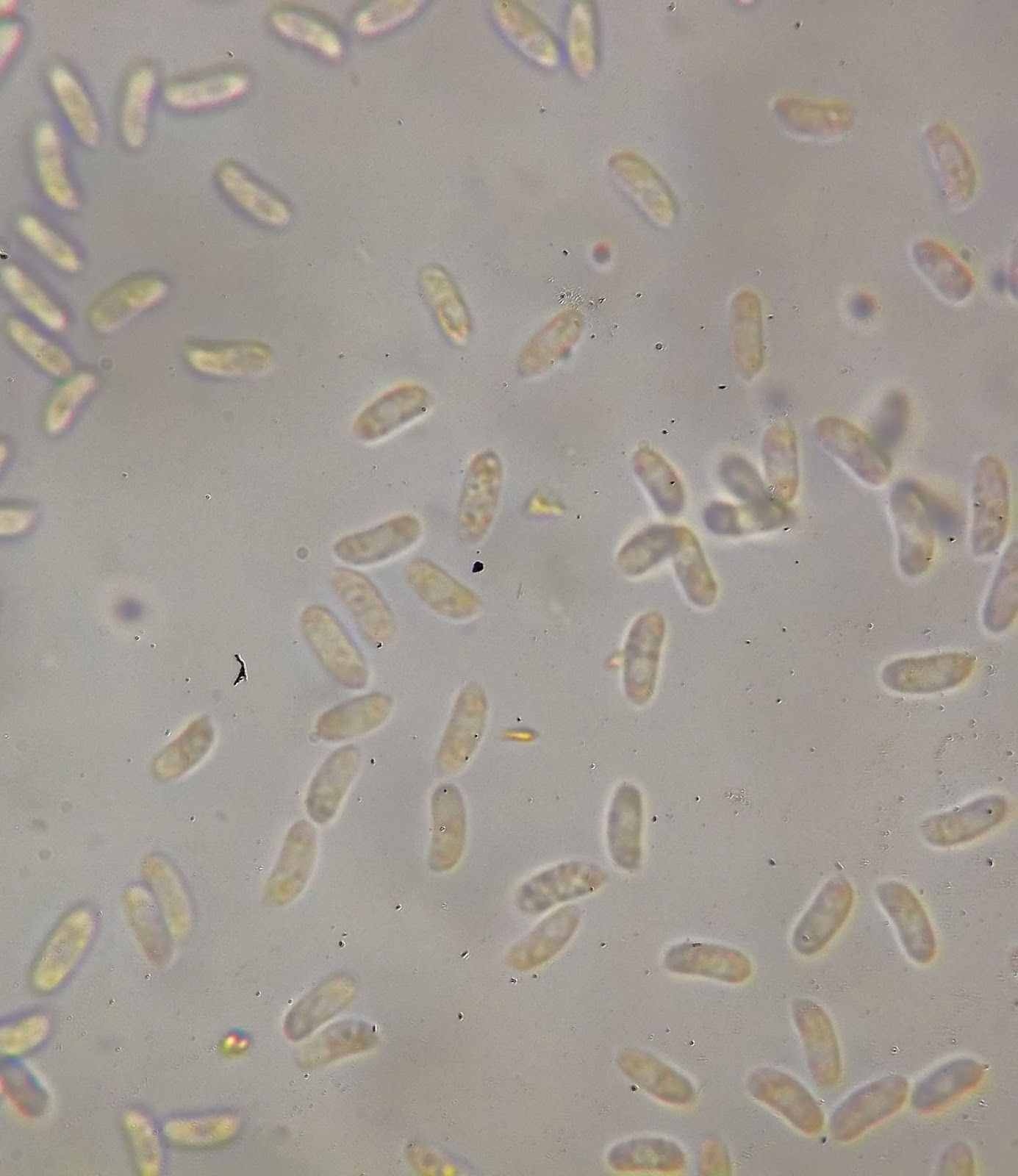 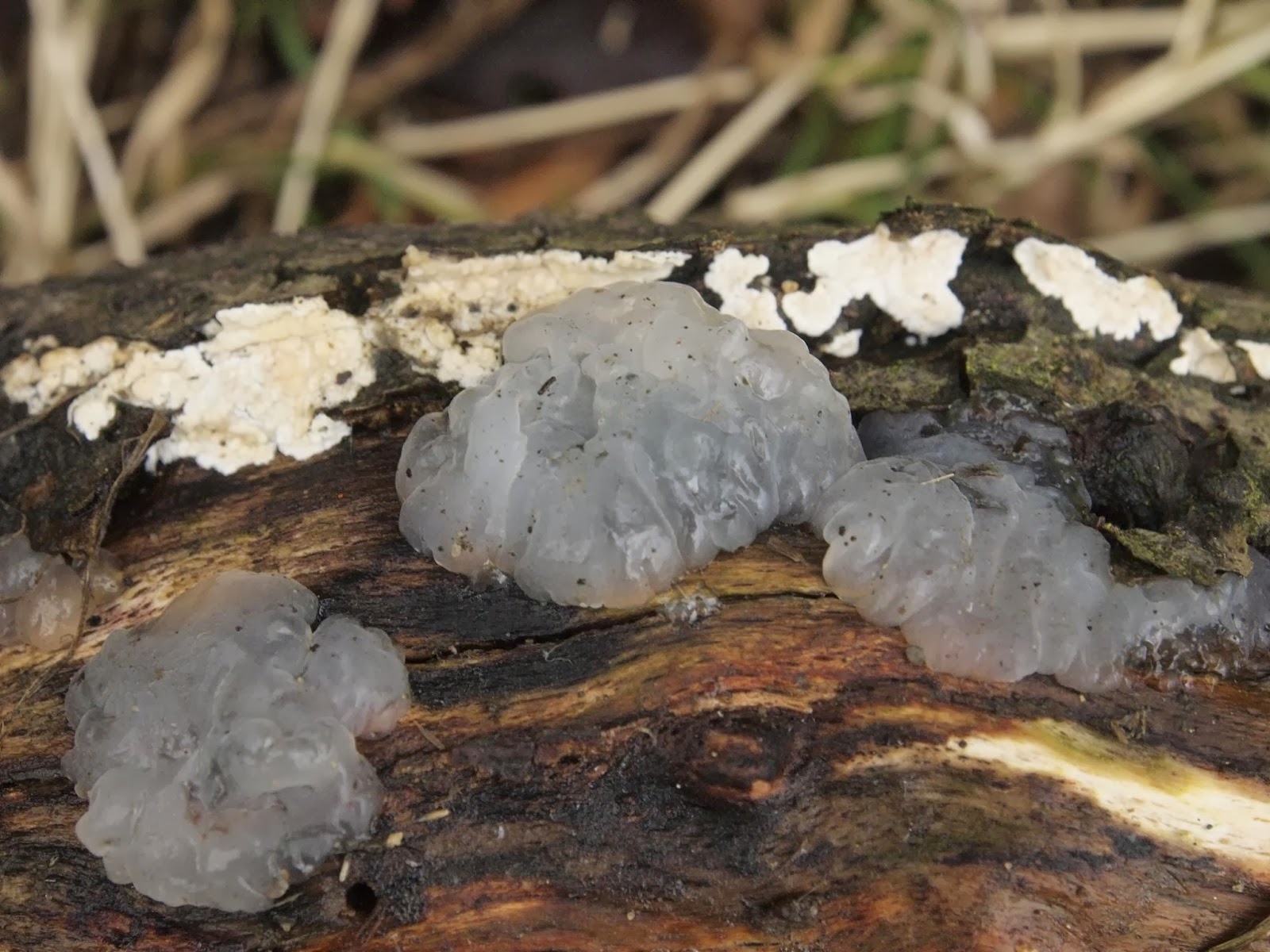 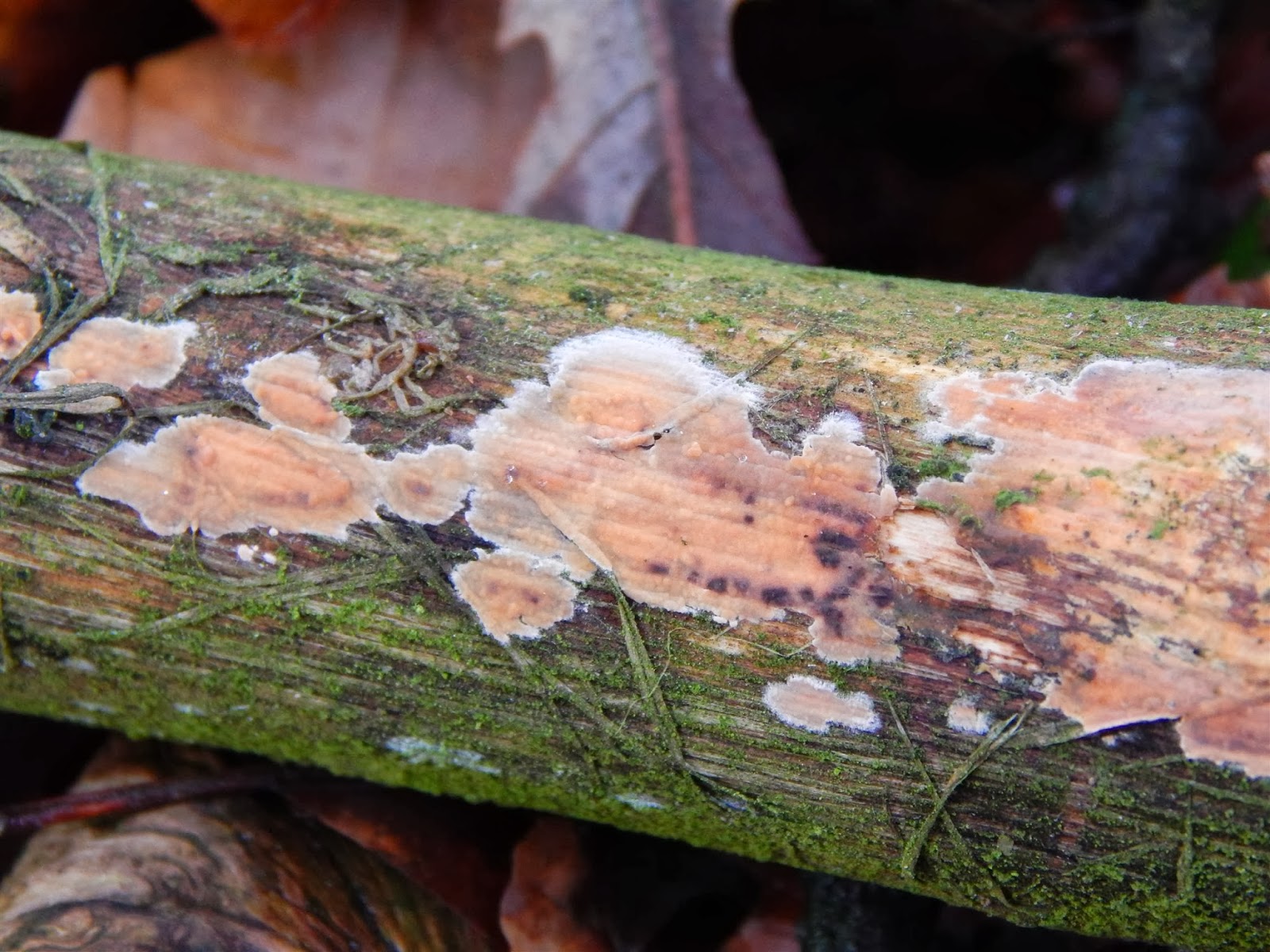 Steve's photo of Rosy Crust (Peniophora incarnata) interestingly on Sweet Chestnut (Castanea sativa) above and my photo on its favourite host- Gorse (Ulex europaeus) below. 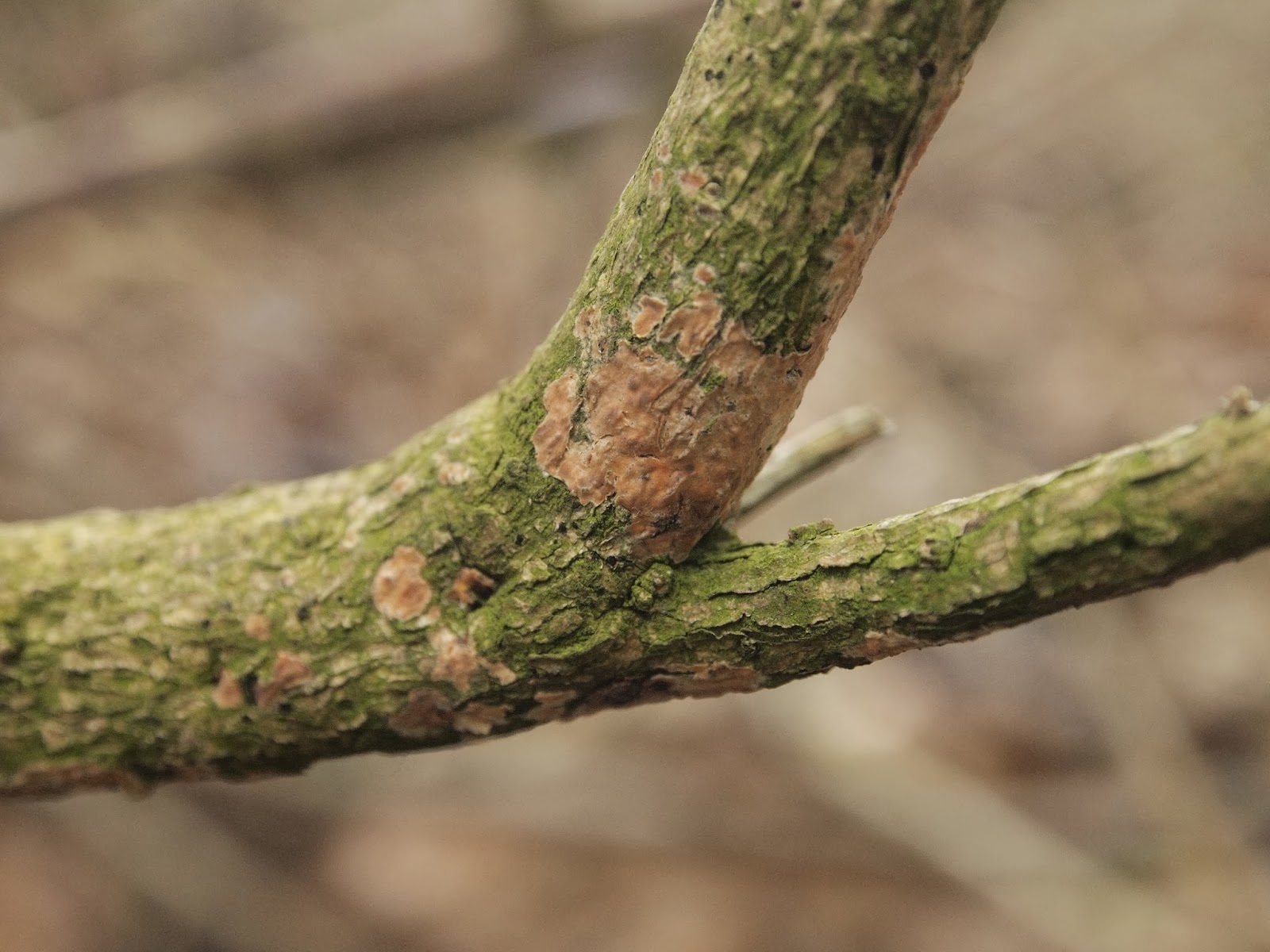 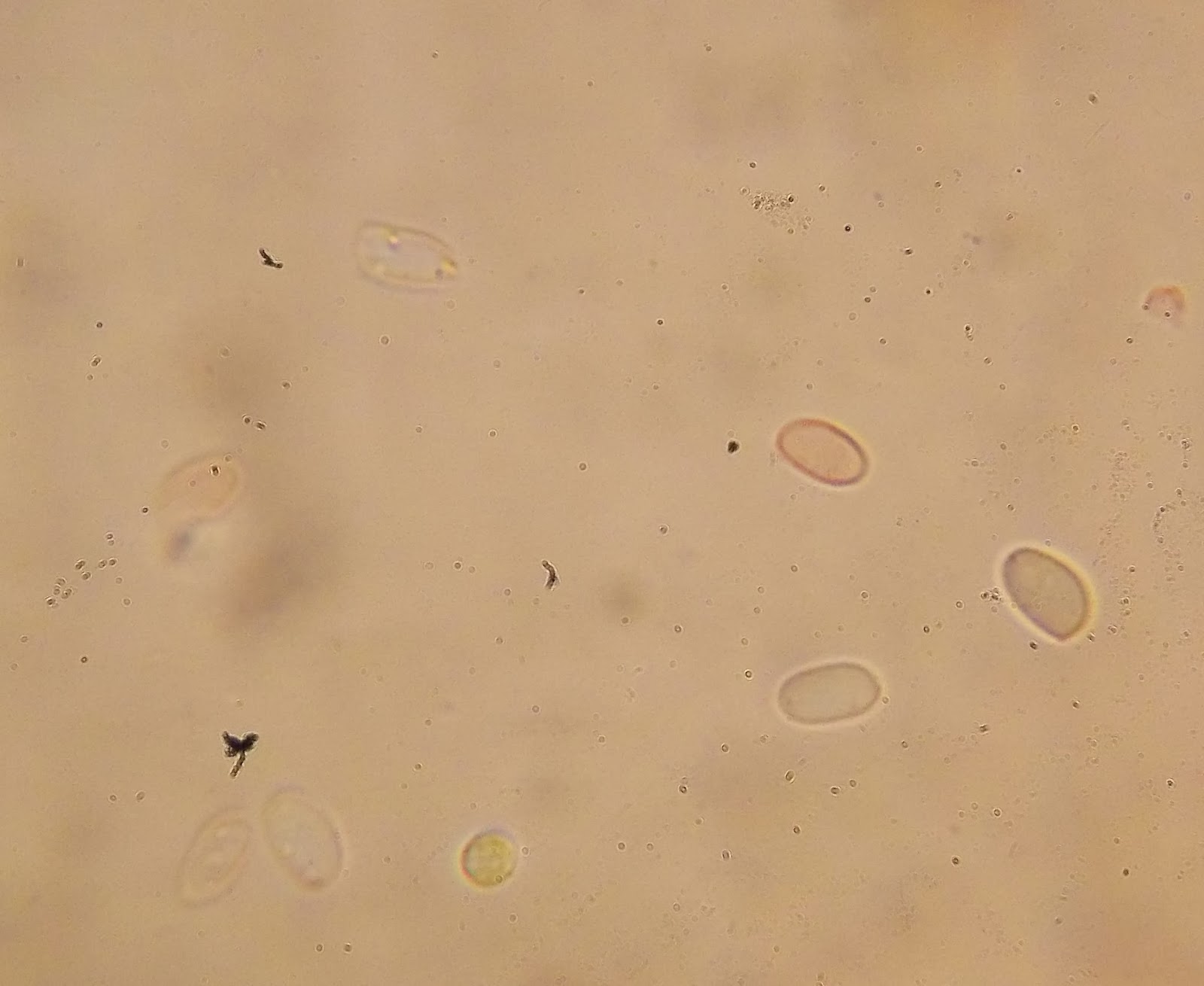 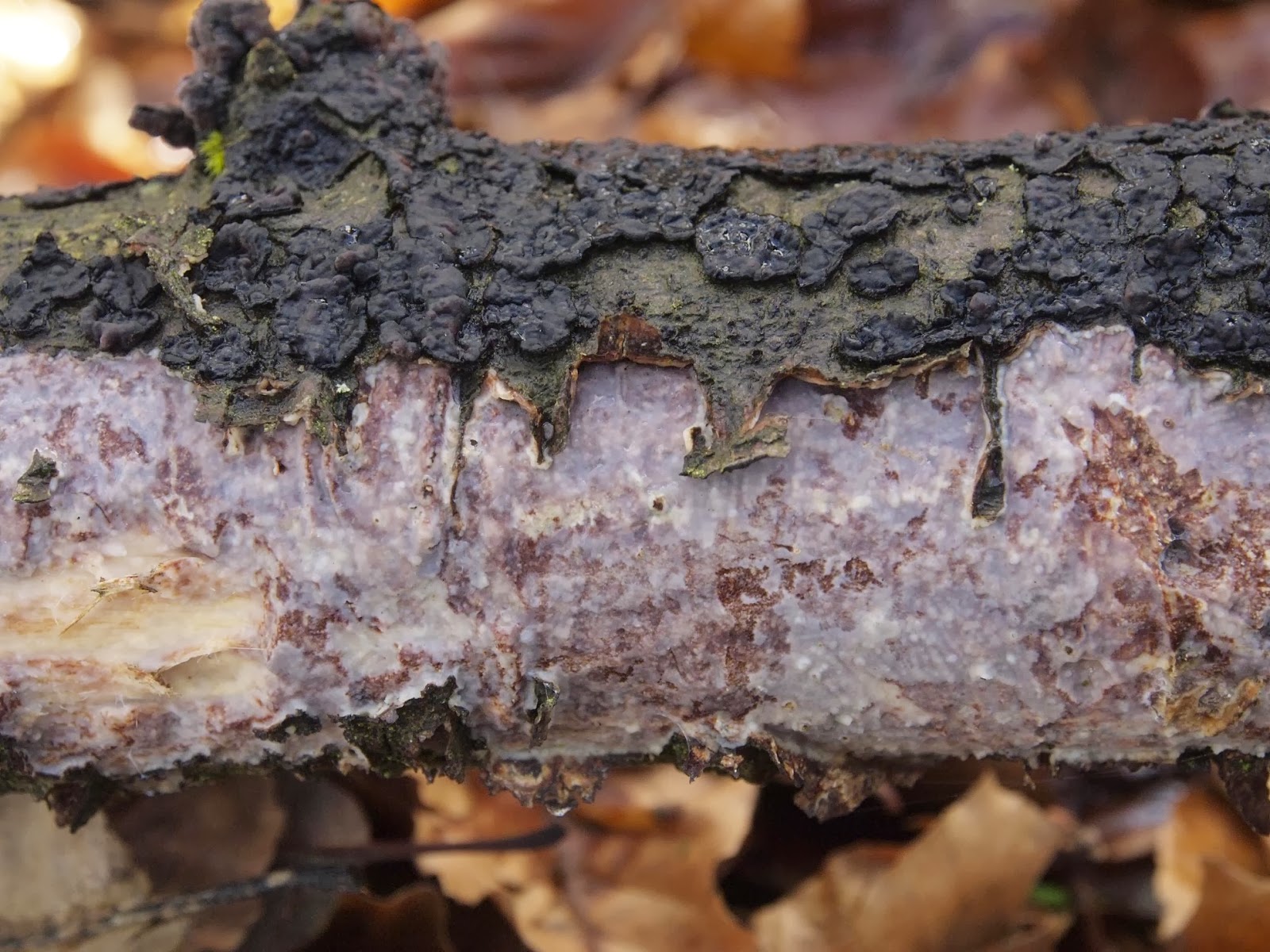 Peniophora quercina on the top half of the branch and Waxy Crust (Vuilleminia comedens) below. I have noticed that these two species frequently grow together on oak. 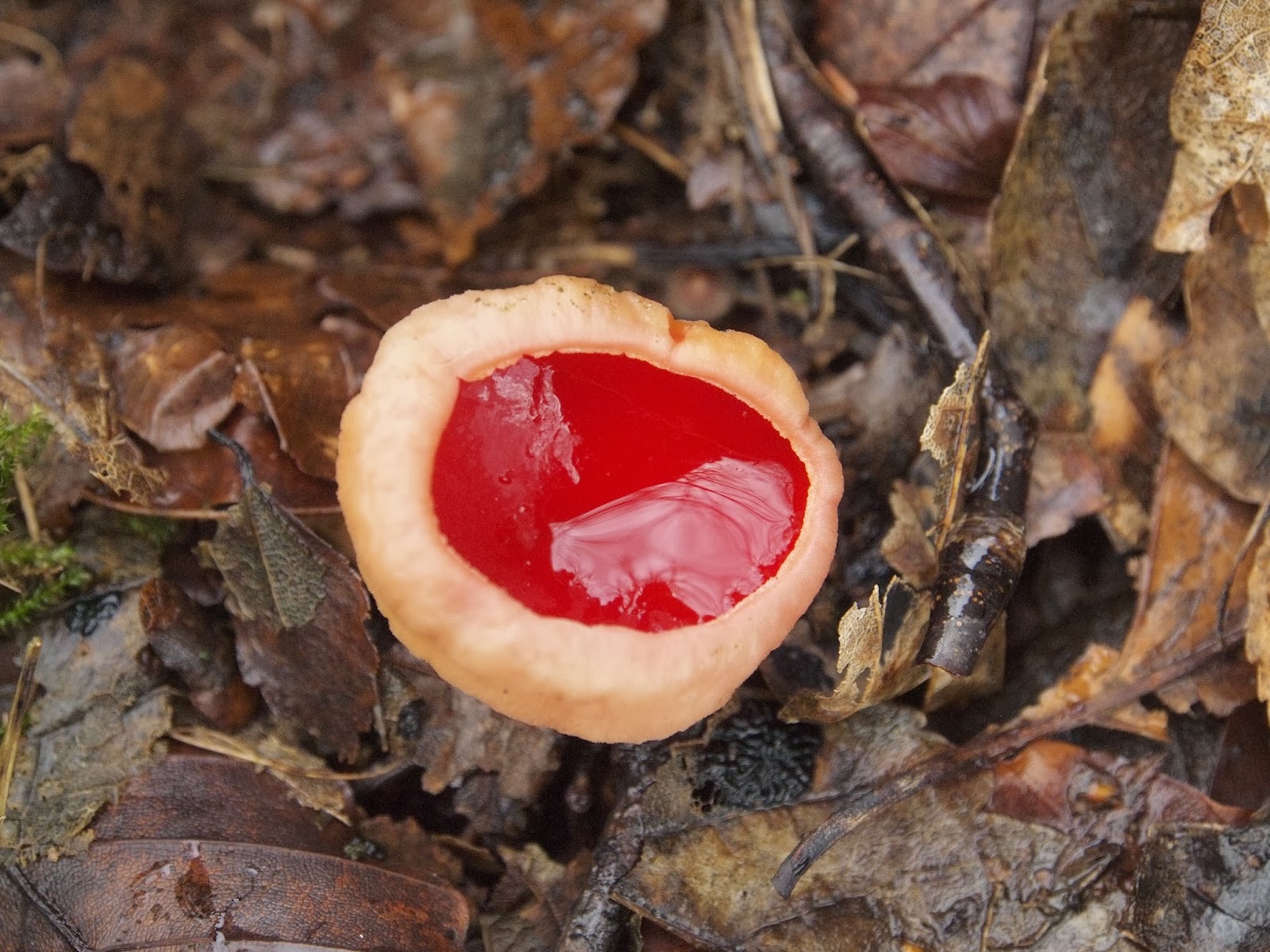 Scarlet Elfcup (Sarcoscypha austriaca).  The only solitary specimen that we found in Crawstone Hall Wood. 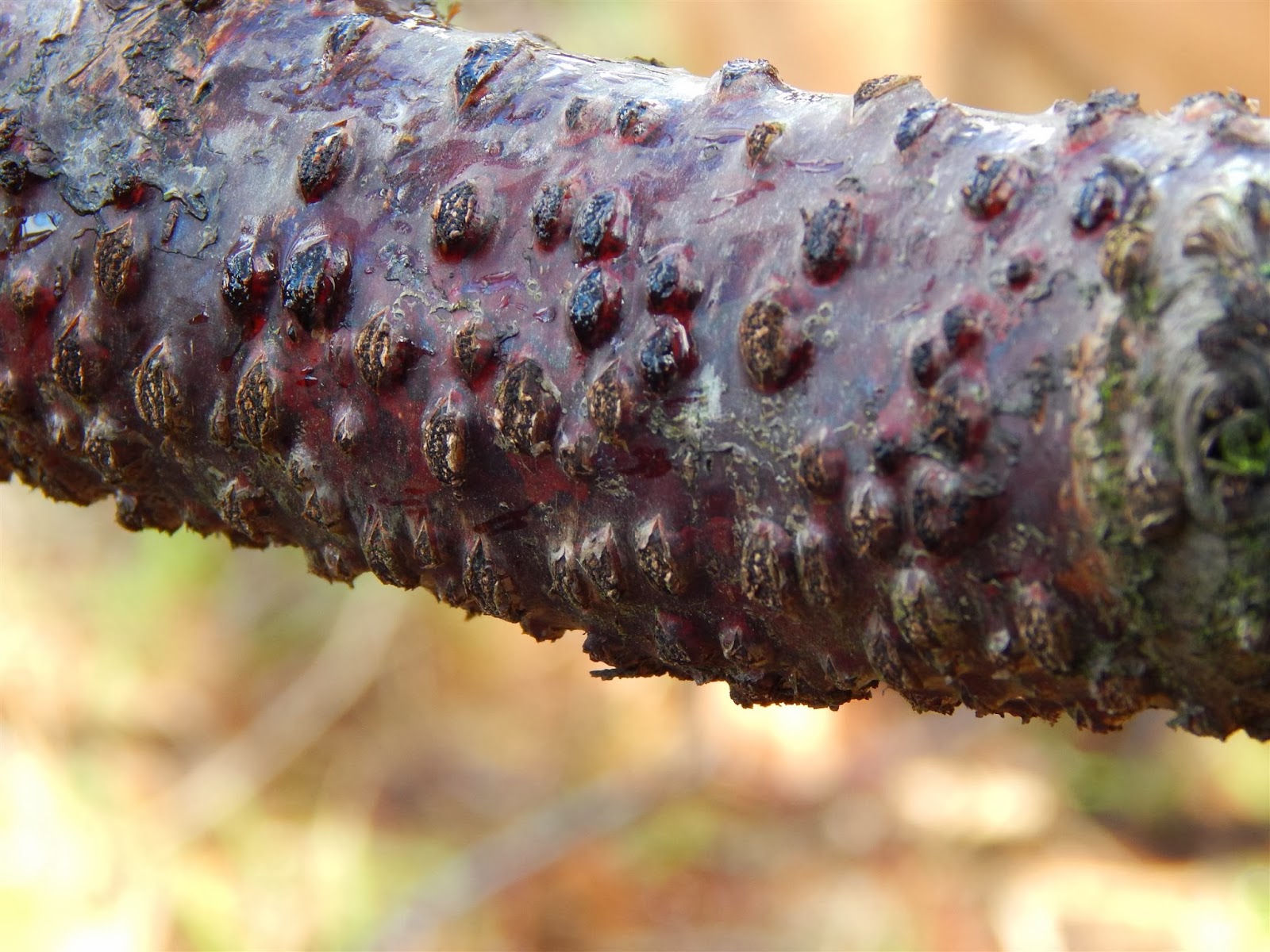 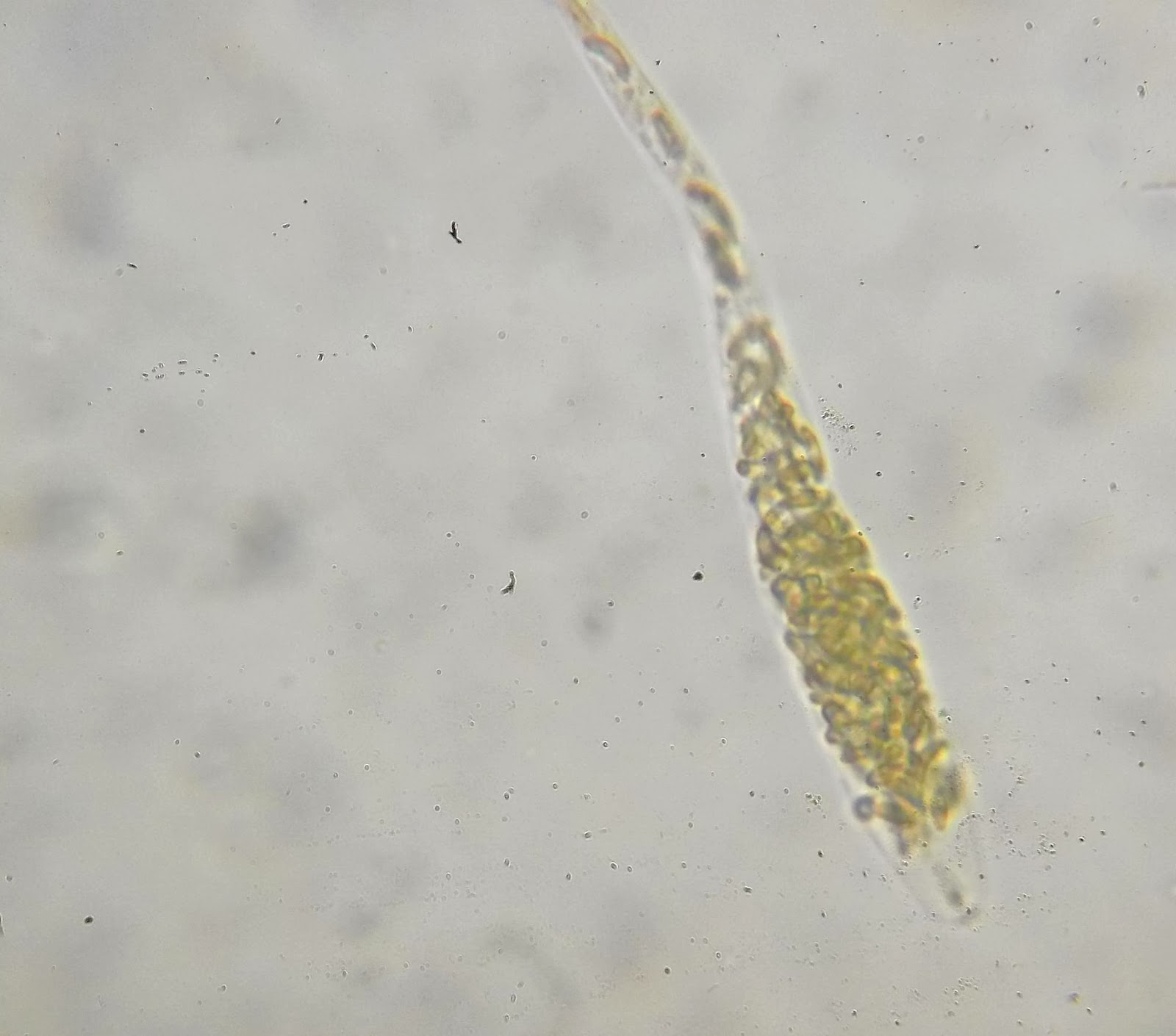 Asci contained lots of spores and there were too many to count. Tips did not react to Lugol. 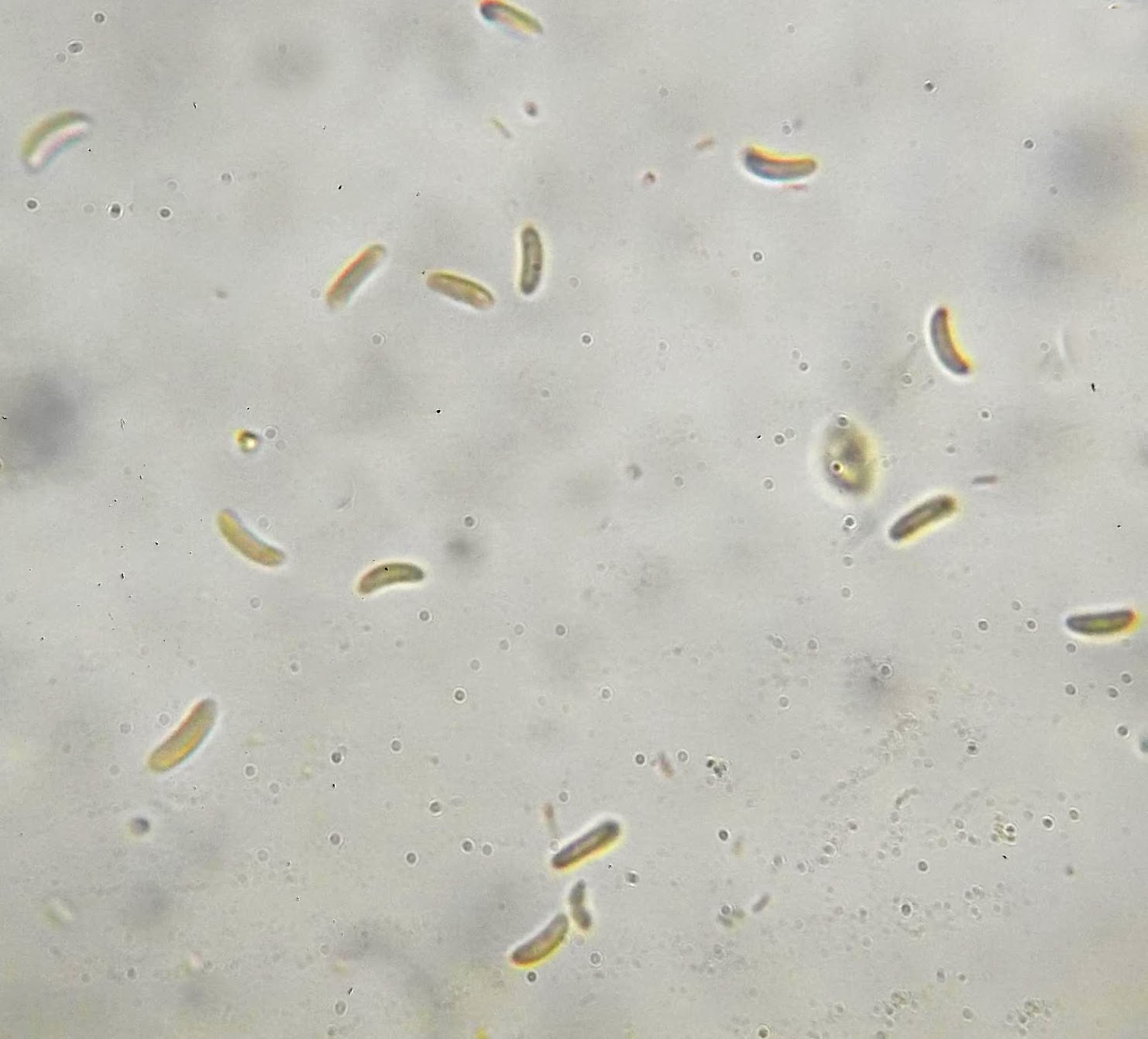 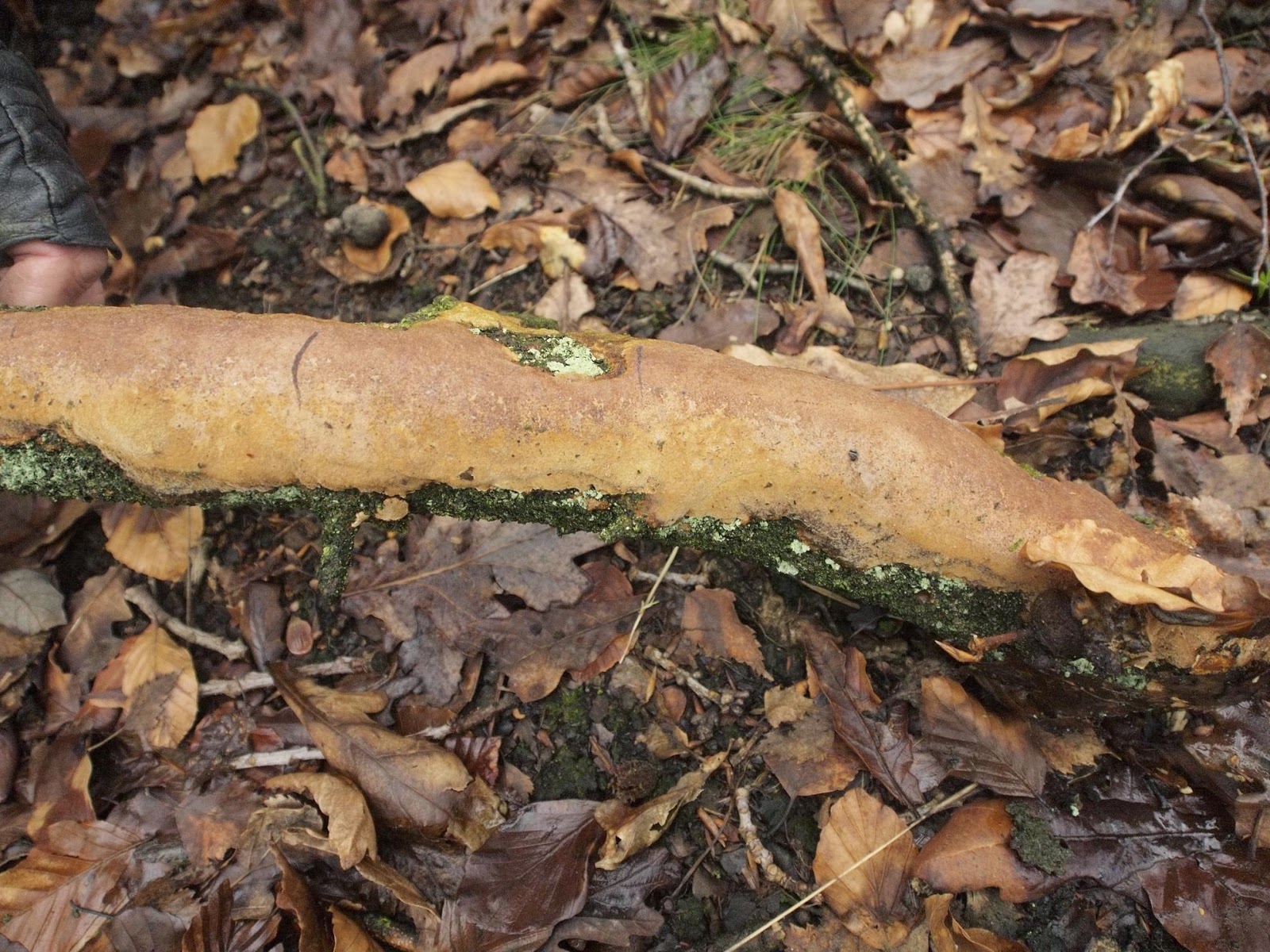 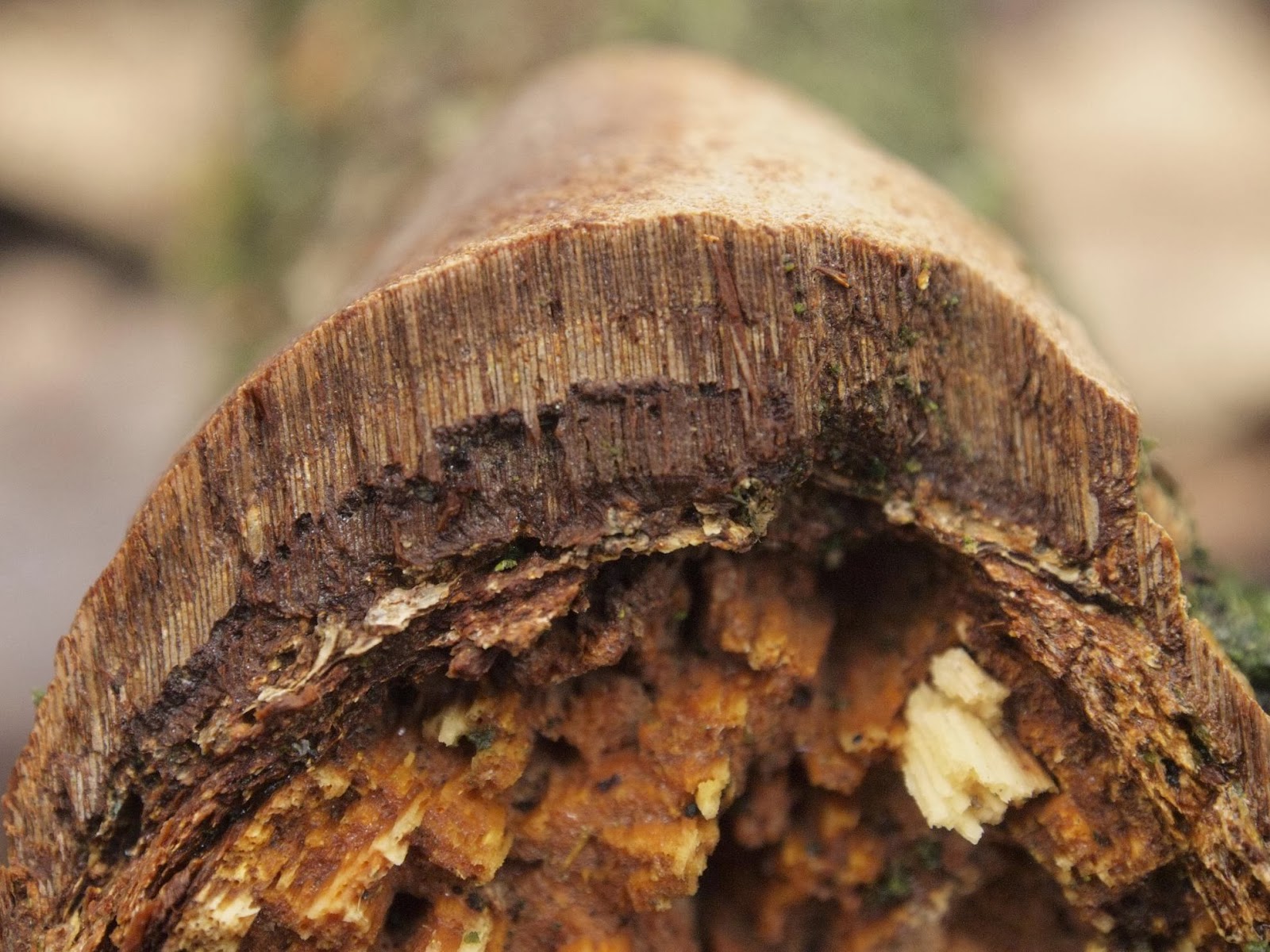 Note the three layers of tubes which indicate to me that it is three years old. 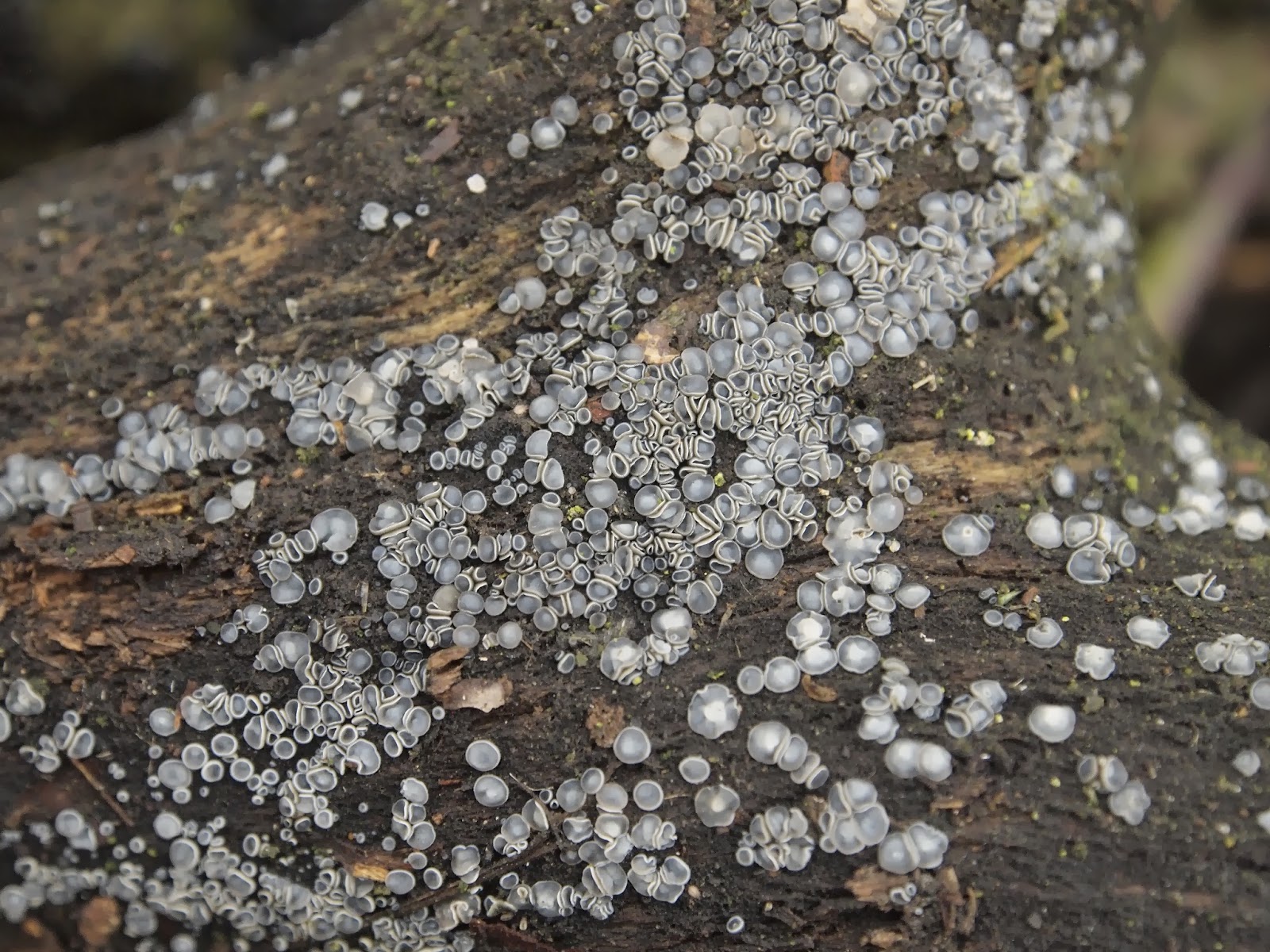 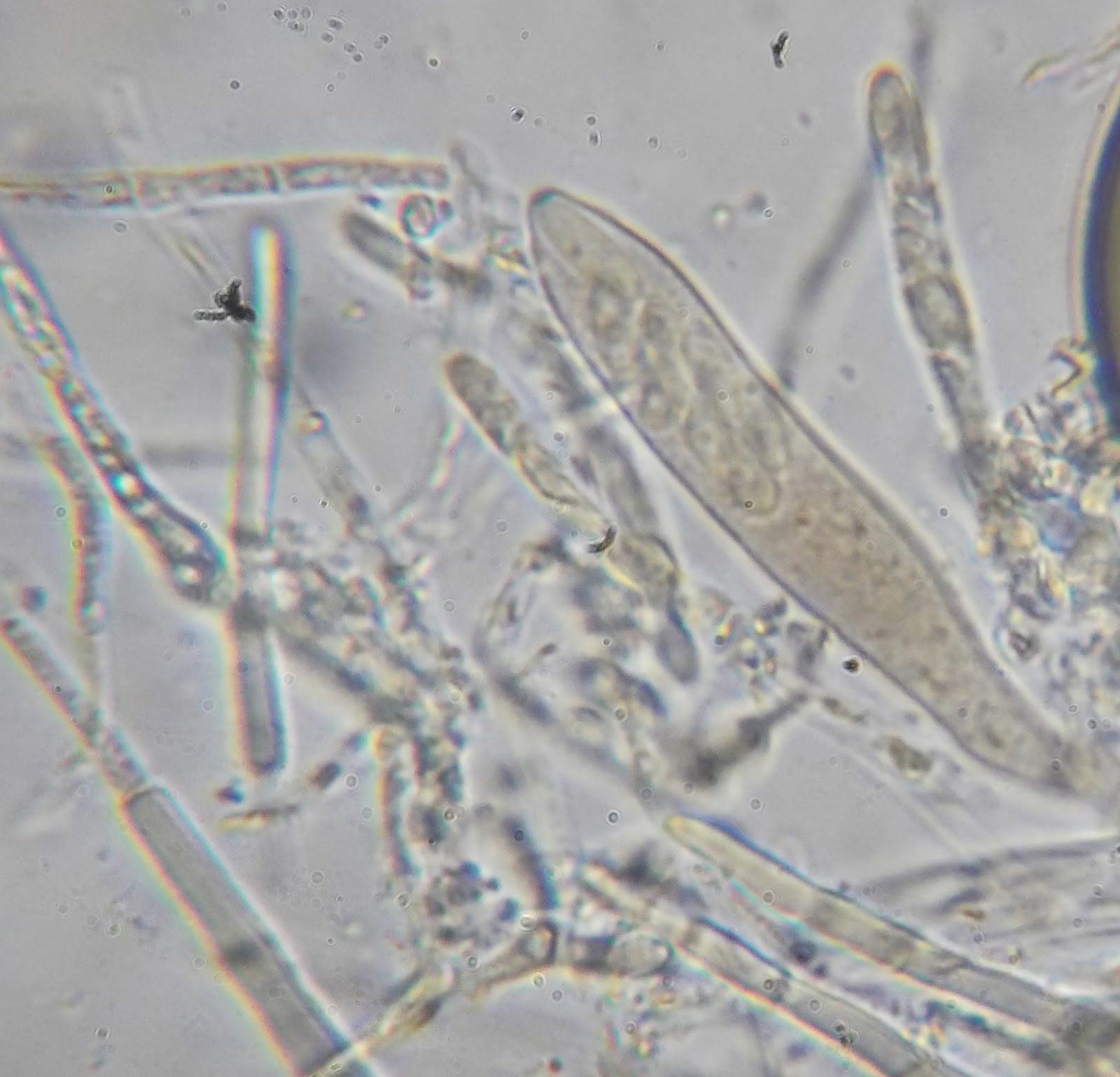 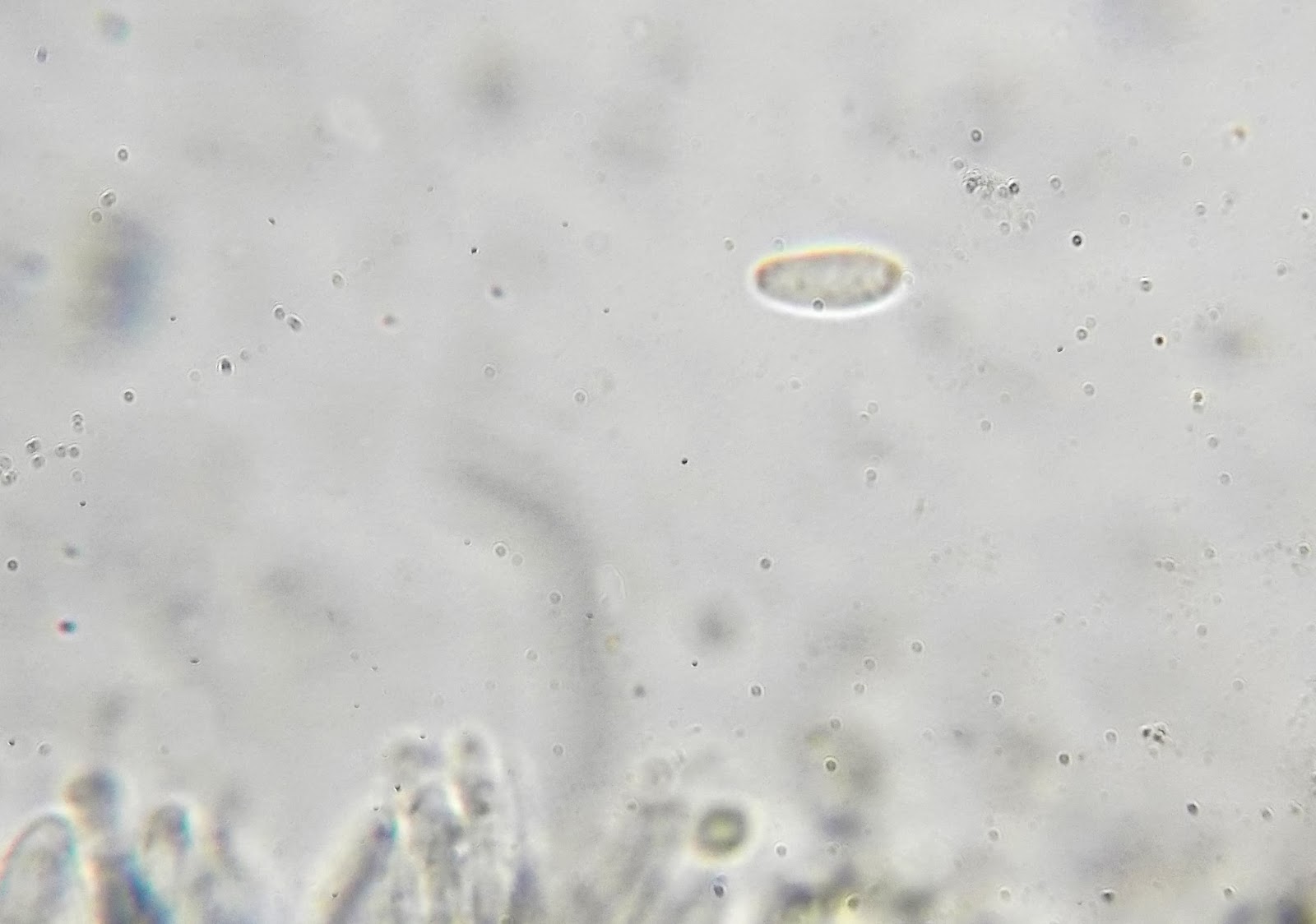 Spores 7-9 x 2-2.5, some two guttulate, hyaline smooth with rounded ends. Trying to take a decent image of them was really tricky and this photograph is by no means satisfactory, so sorry folks. 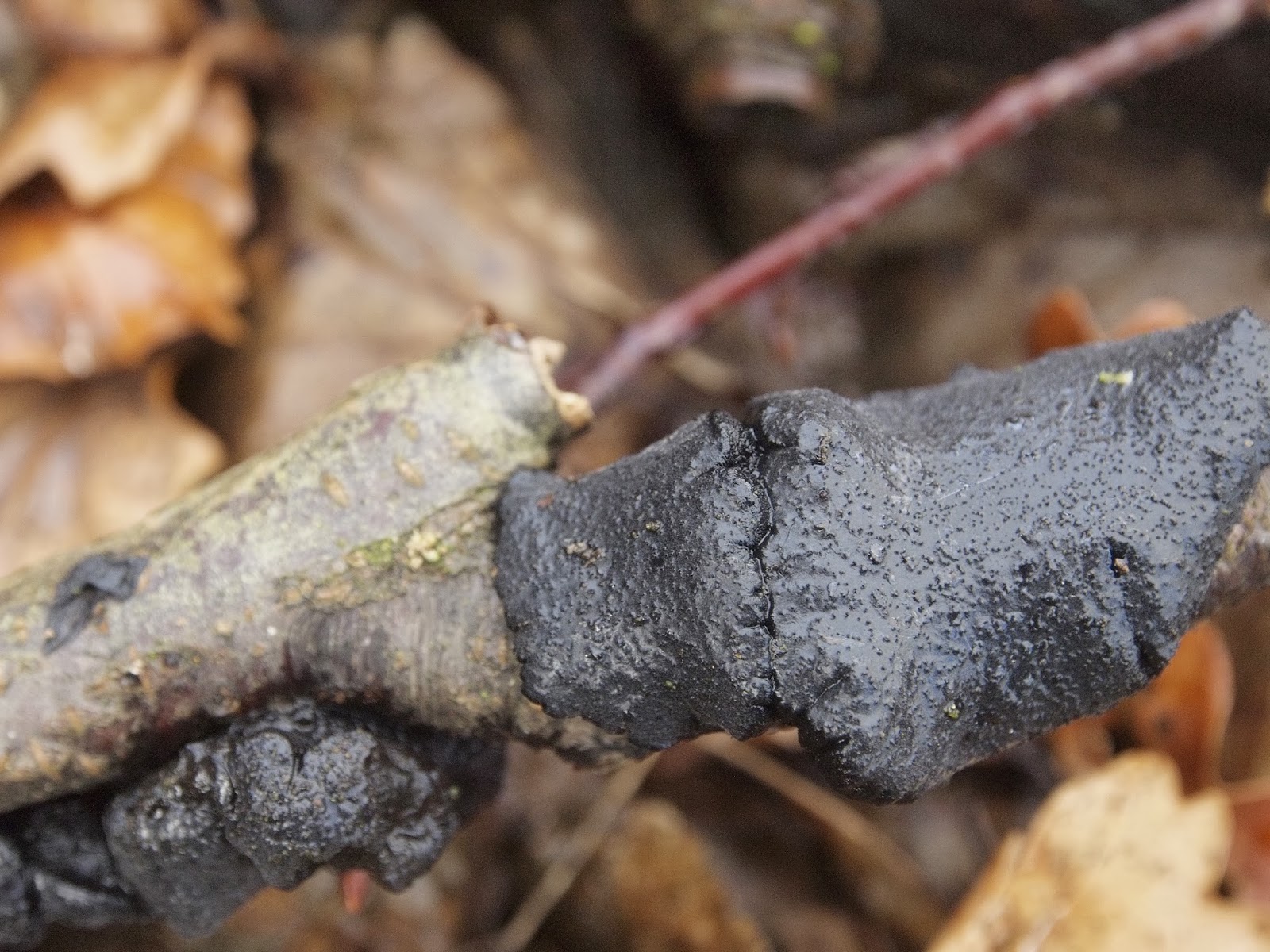 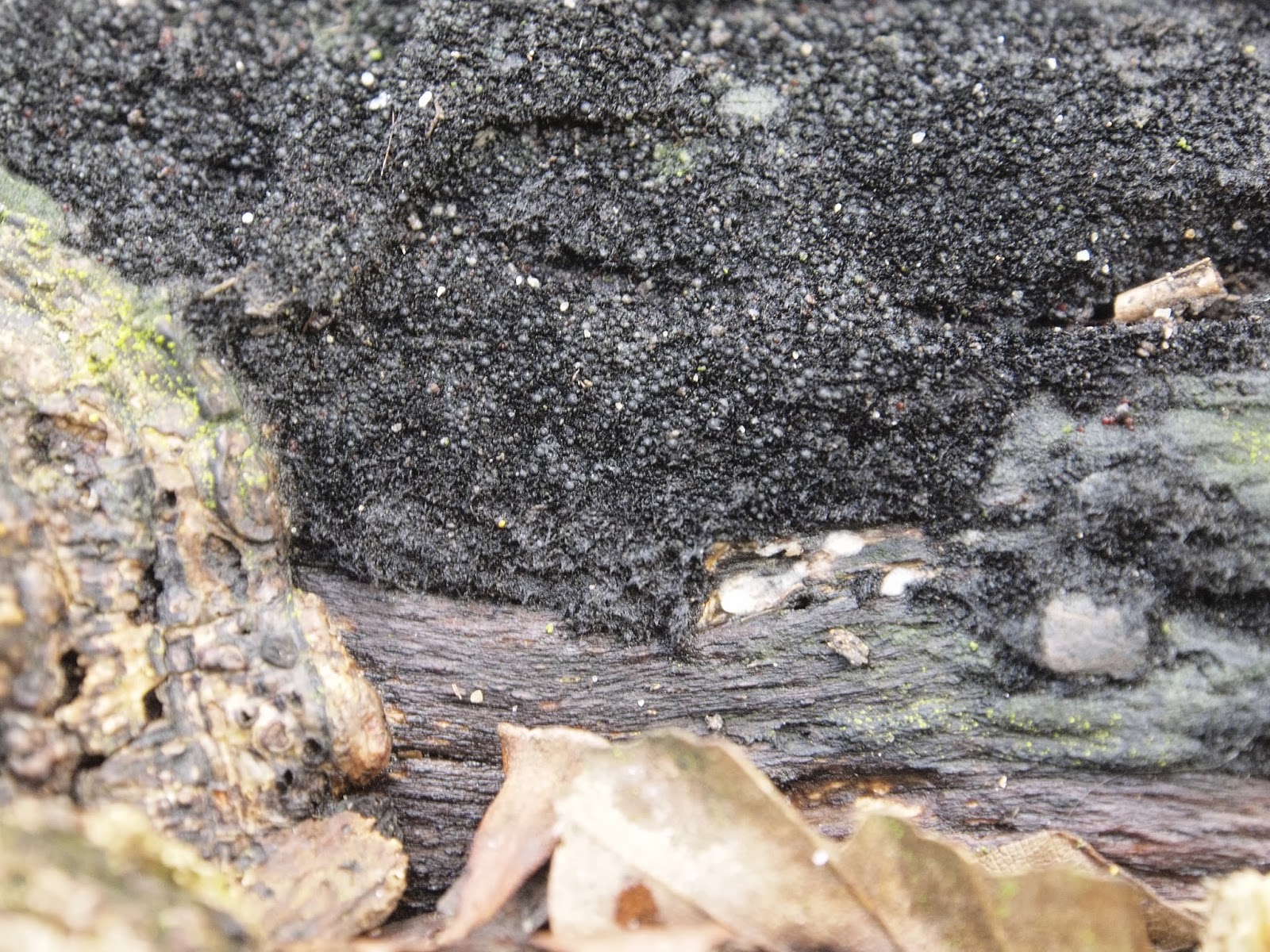 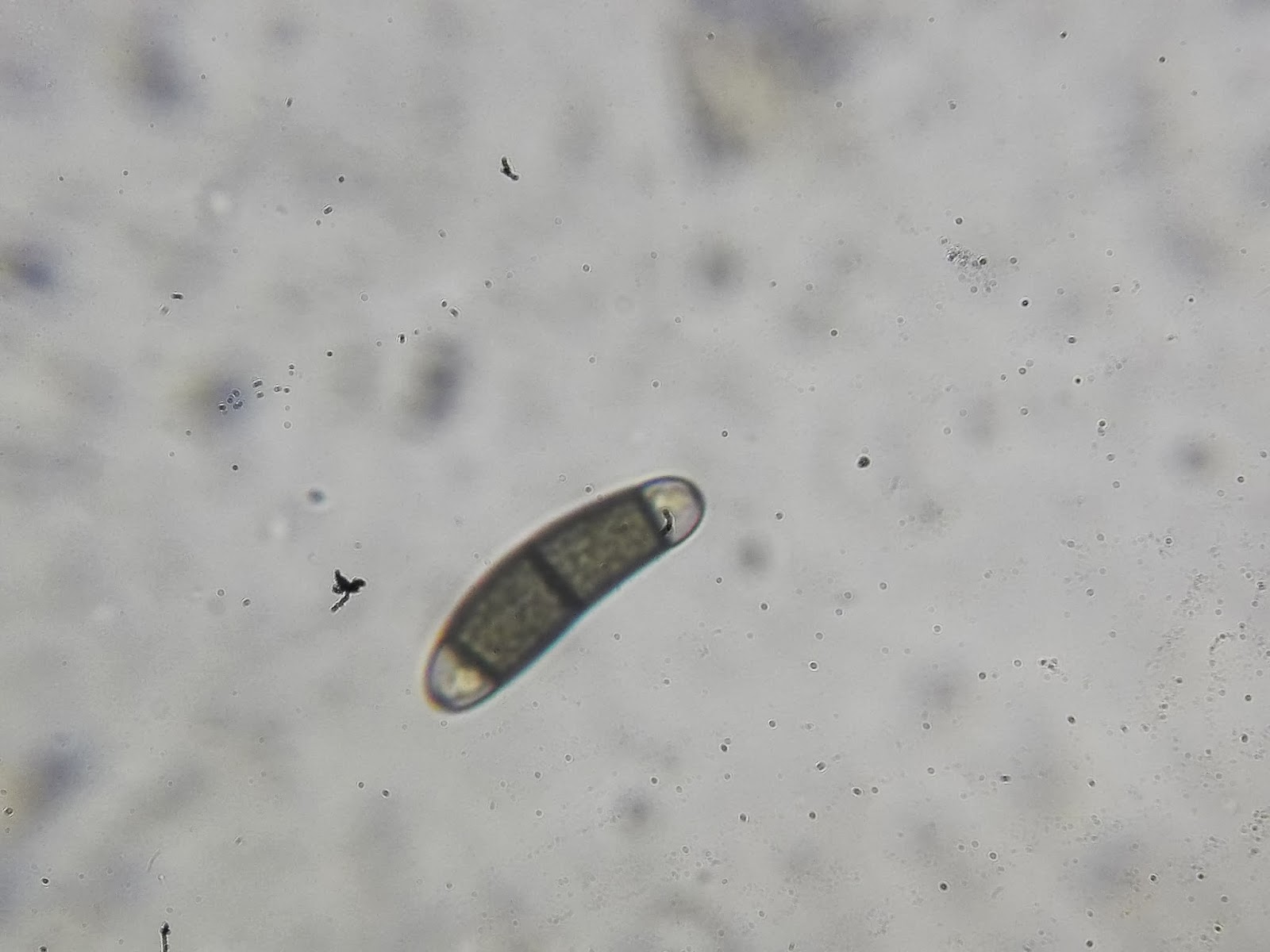