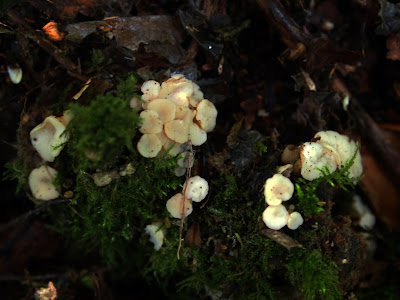 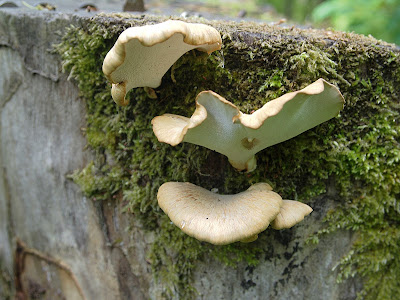 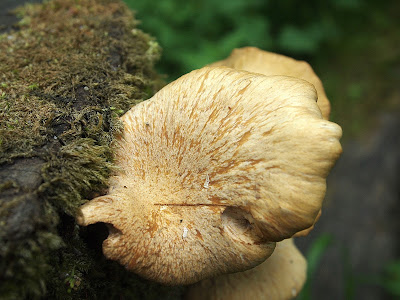 Cap above, pores below. 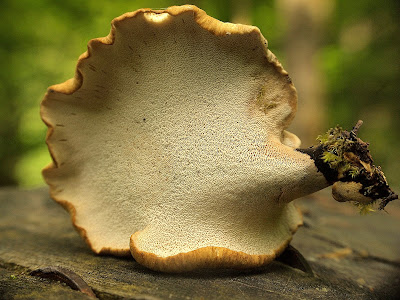 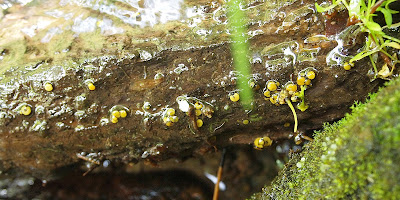 Hymenoscyphus species, I haven't had time to view it microscopically yet. 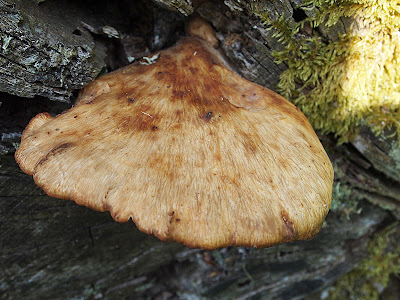 Tuberous Polypore (Polyporus tuberaster) .agg, on Quercus robur.  Cap above and pores below. 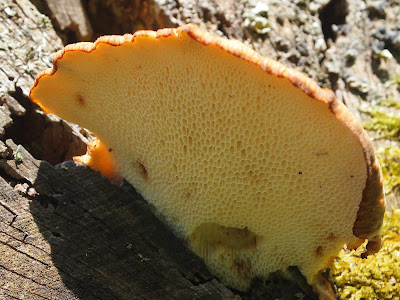 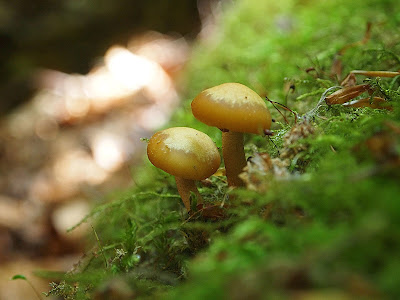 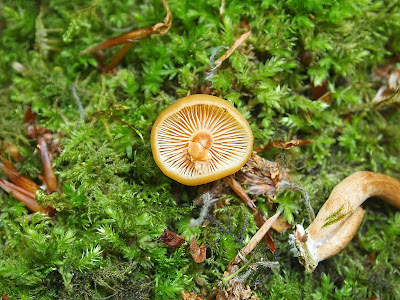 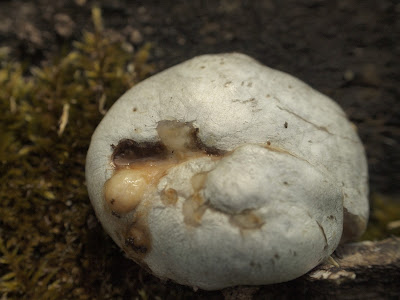 A Myxomycete species above and below on Quercus robur. When I turned it upside down it was covered in the same species of beetle, that were mining the one I found with Michael Sykes at Rough Hey Wood last week. They must have a symbiotic relationship with certain slime moulds, as they were mating underneath it and it was a hive of activity, so I left this one in situ. 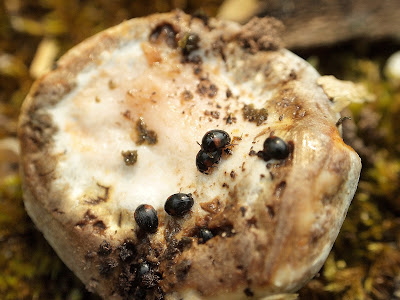 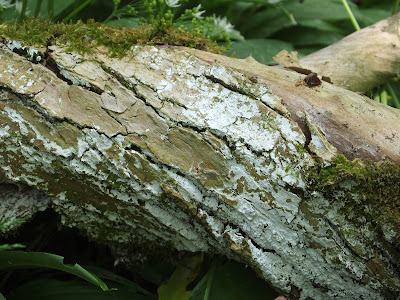 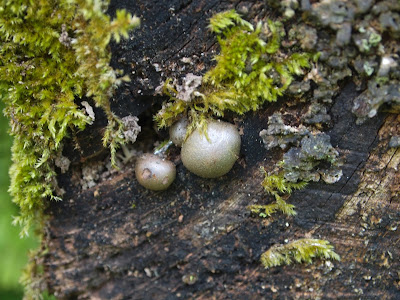 Wolf's Milk Slime (Lycogala epidendrum), on Quercus robur above and below. 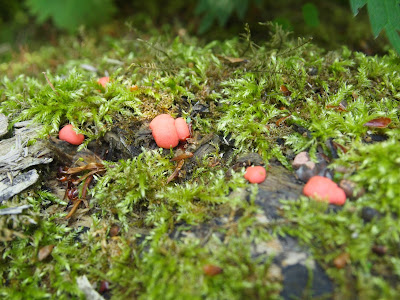 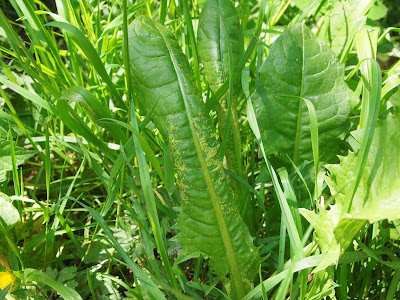 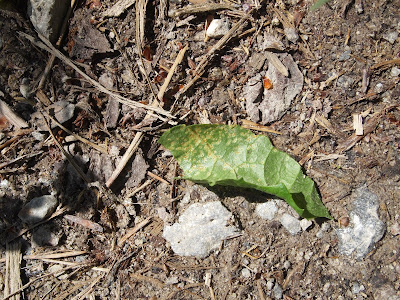 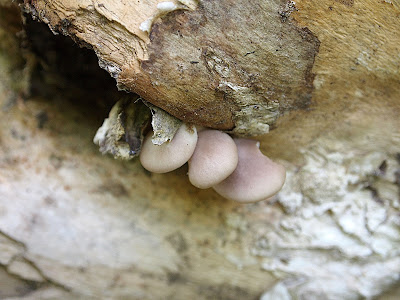 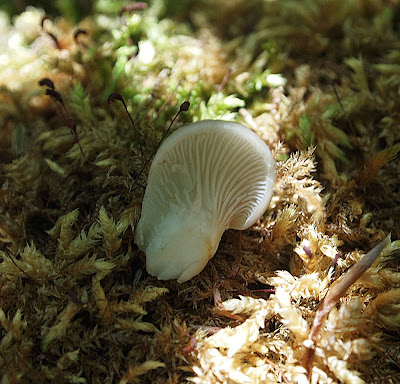 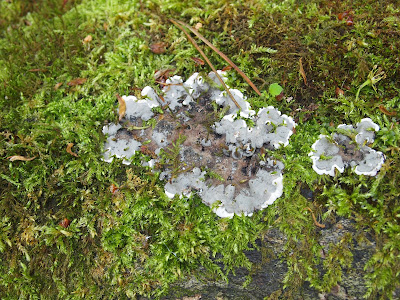 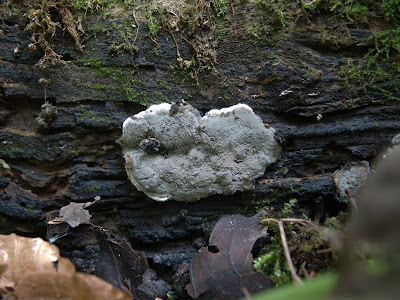