Knowing that Johnny's Bryophyte walk was on Saturday, I thought that I had better look at the fungi beforehand. Once again I found the Heteromycophaga glandulosae and I am now beginning to think that this is either widespread and overlooked or locally common as it is no longer a surprise when I find it. 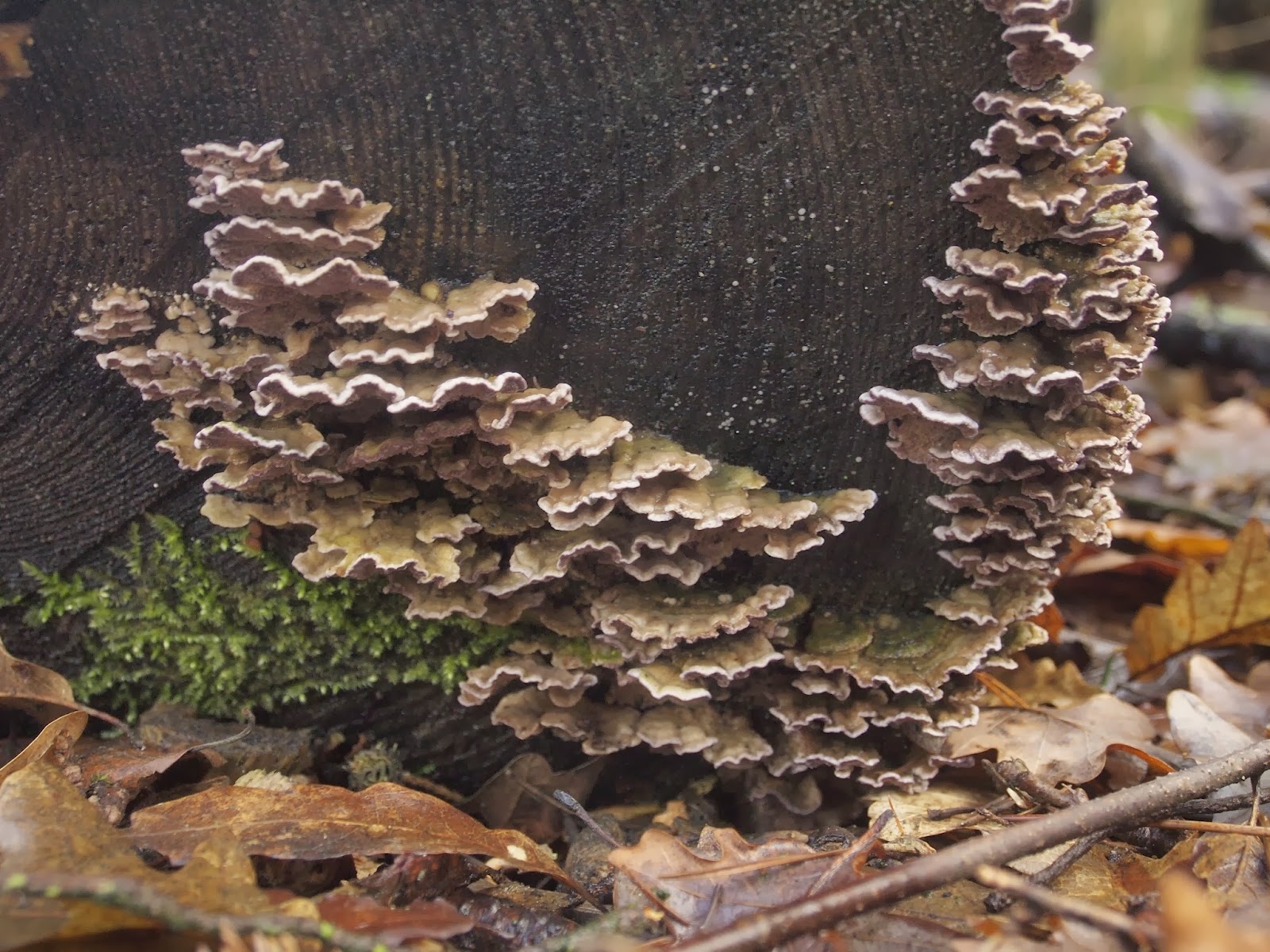 Silverleaf Fungus (Chondrostereum purpureum) above and underside below. 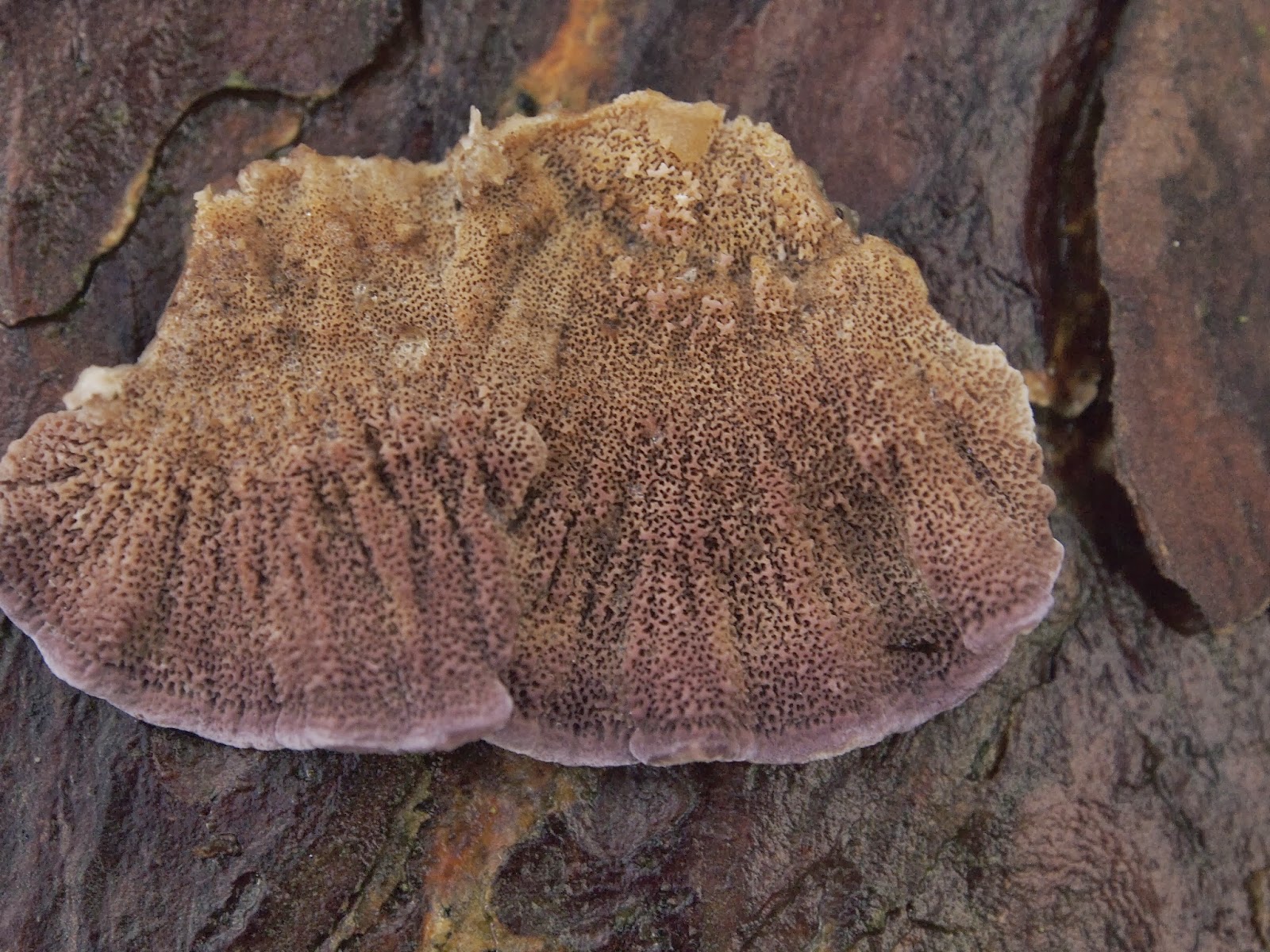 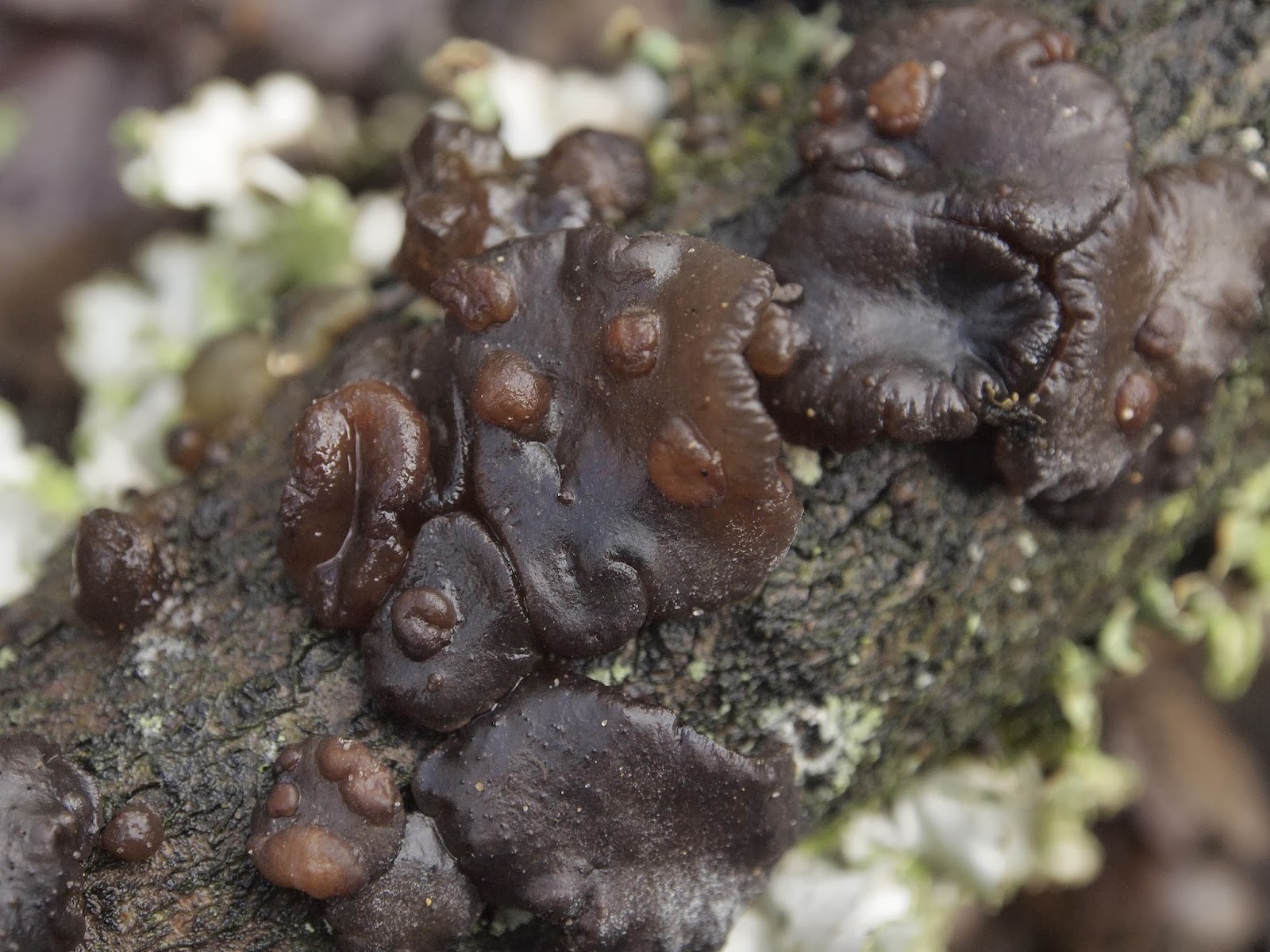 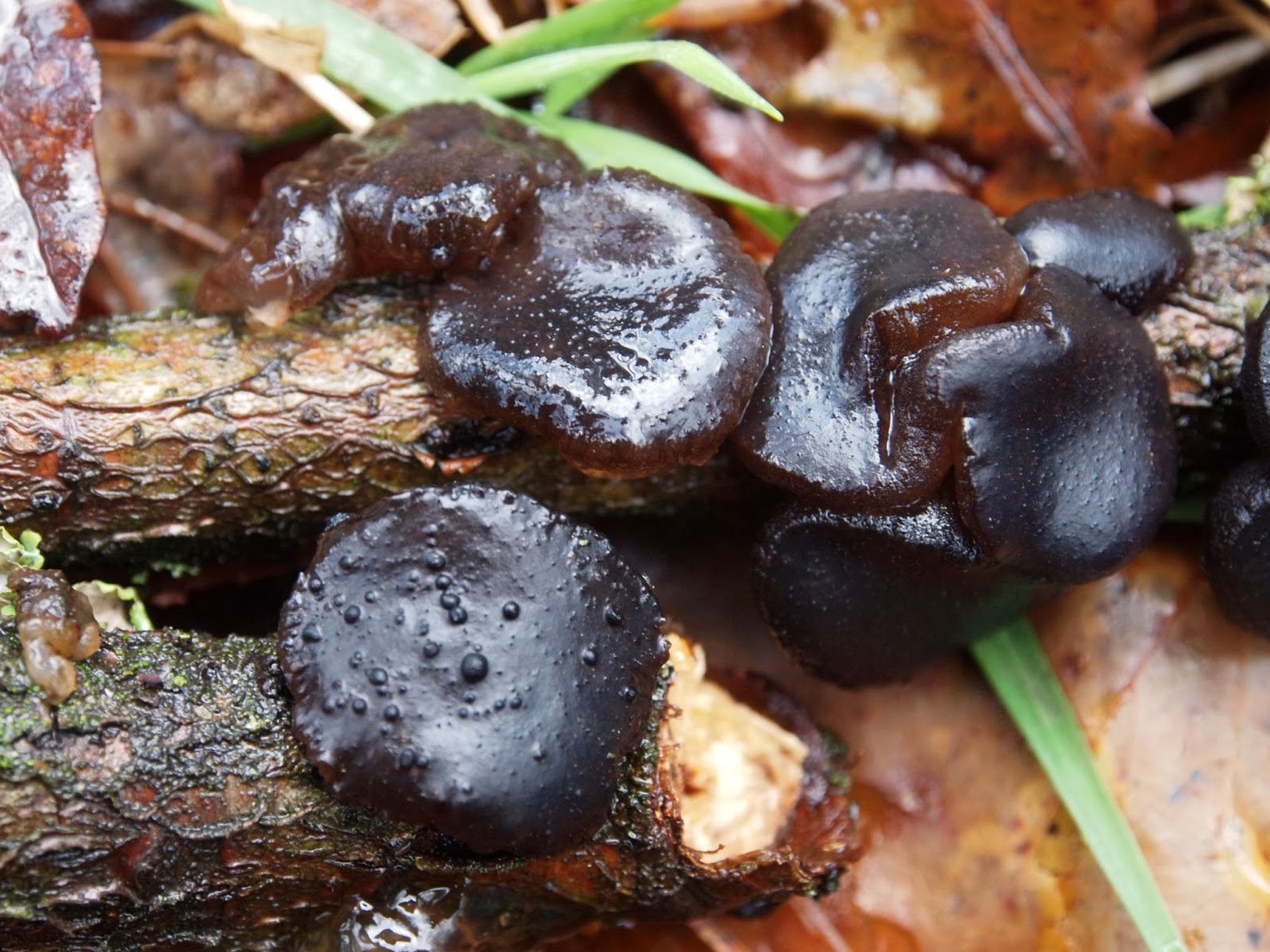 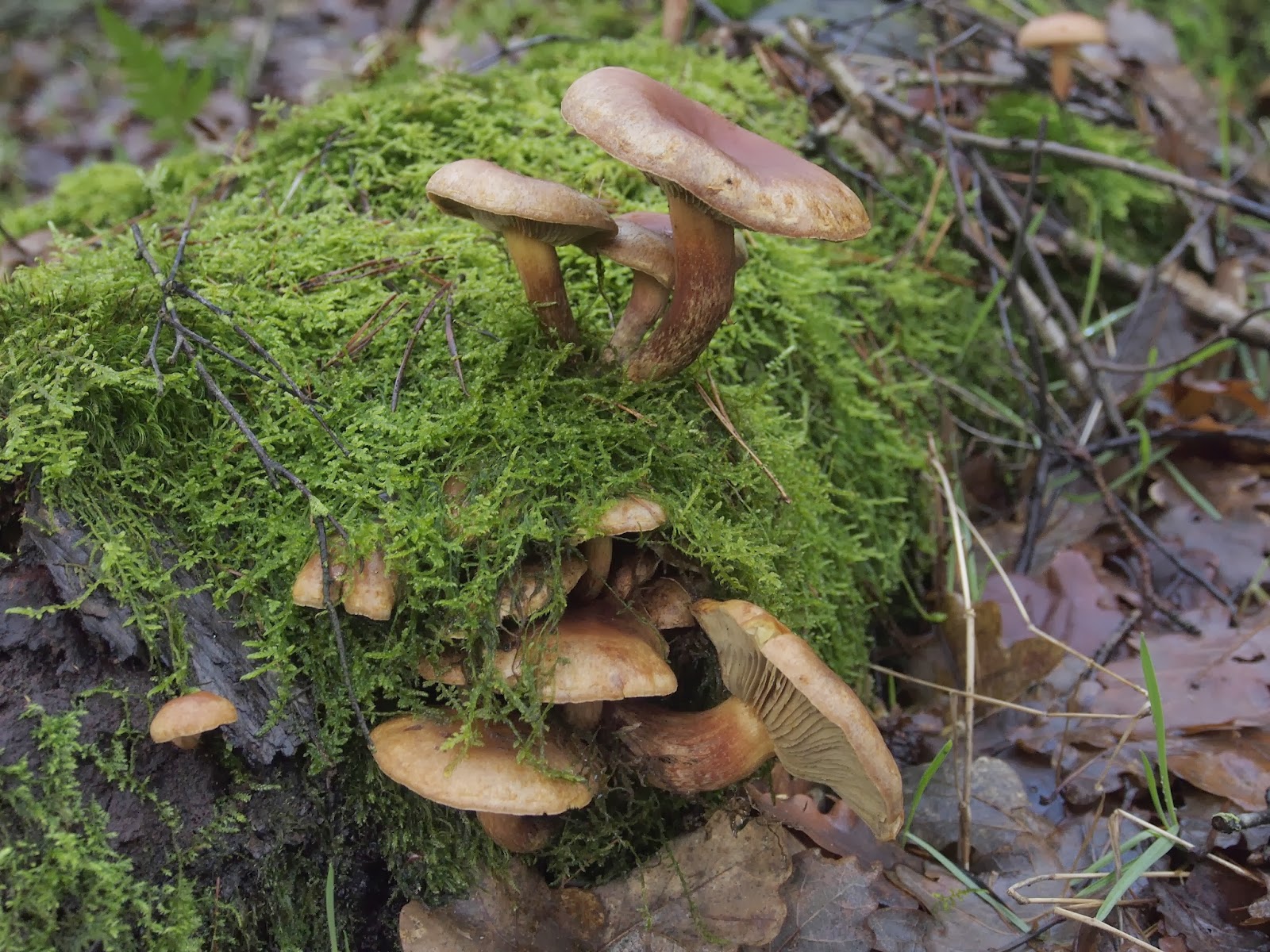 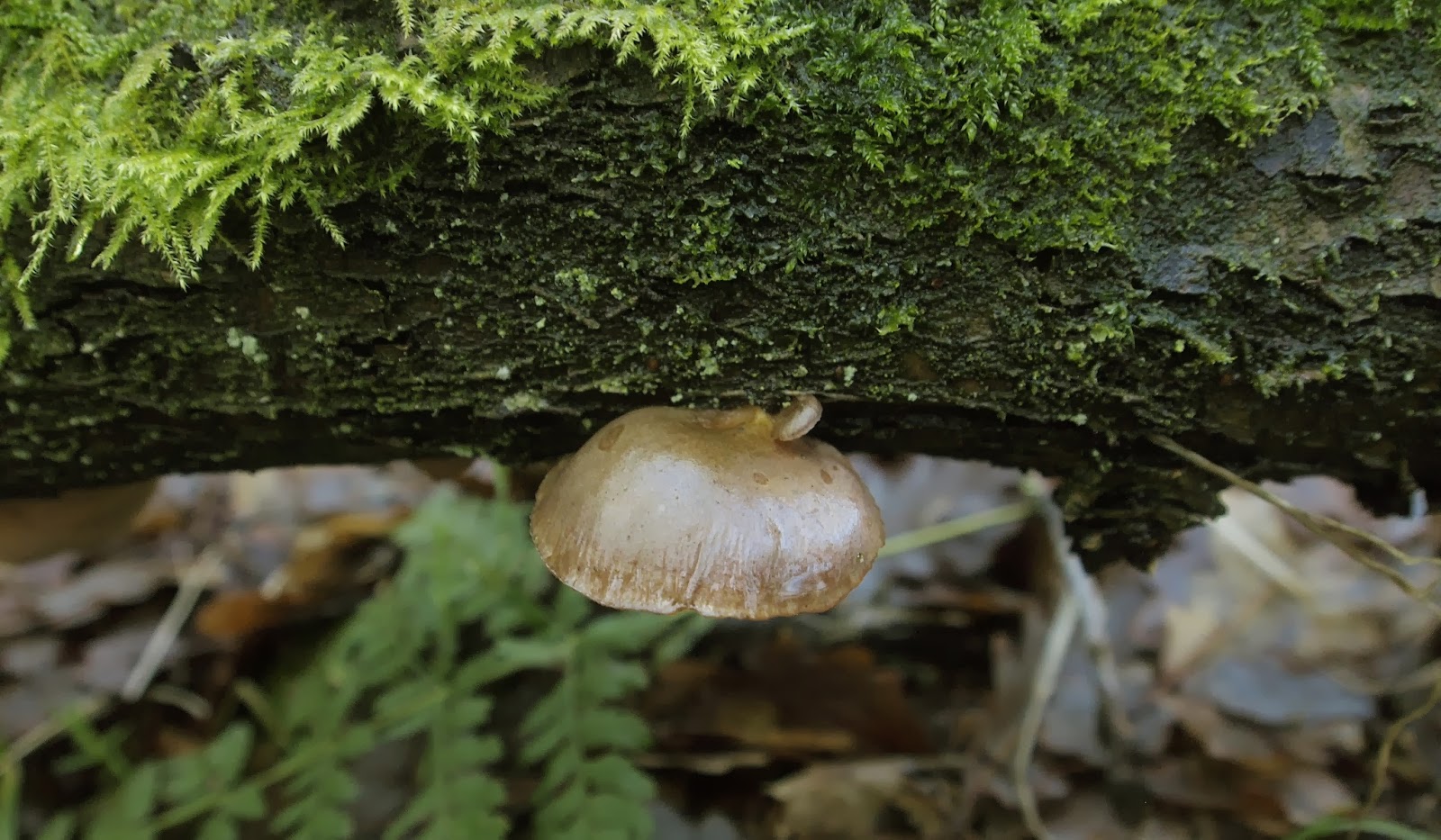 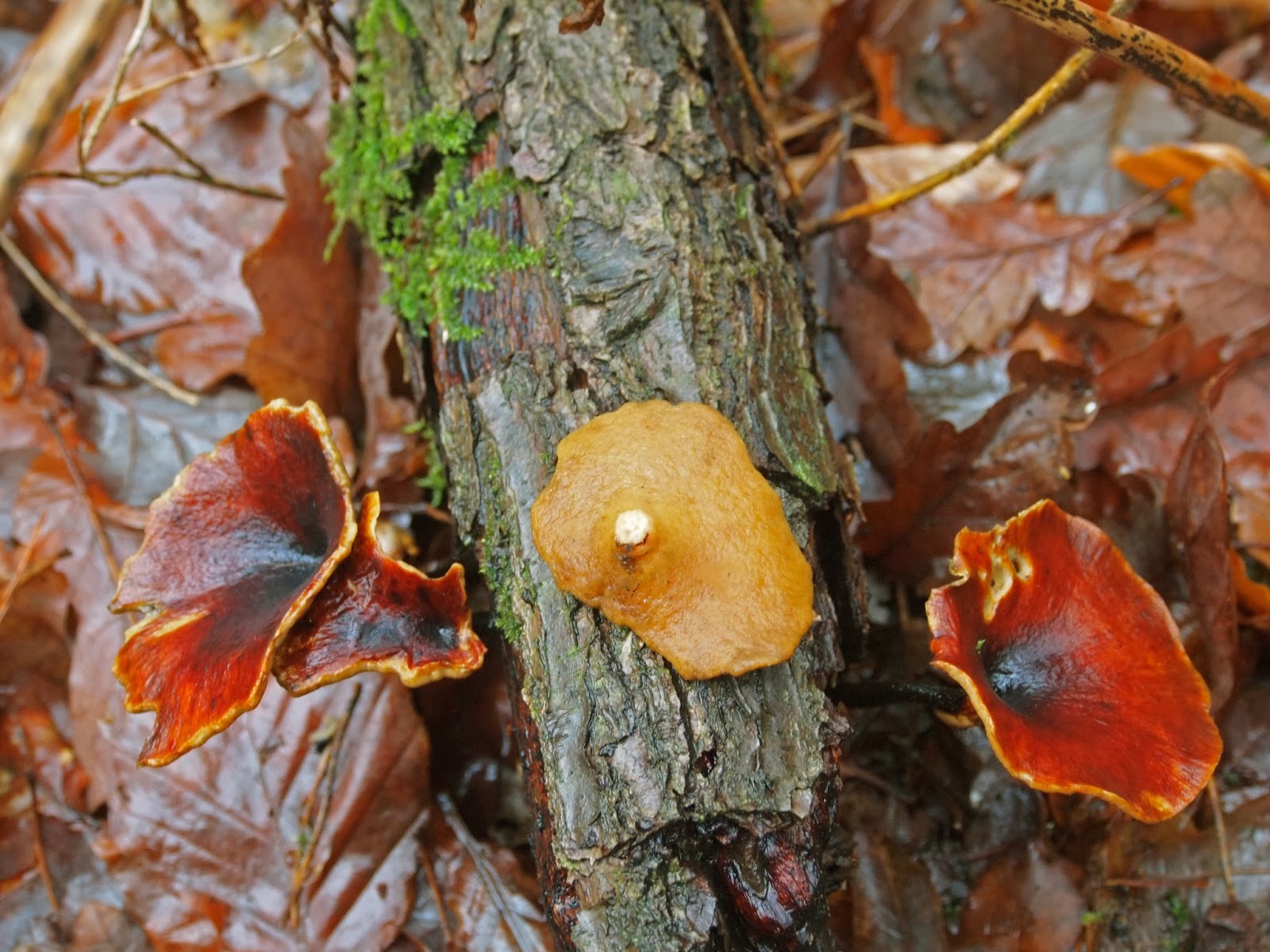 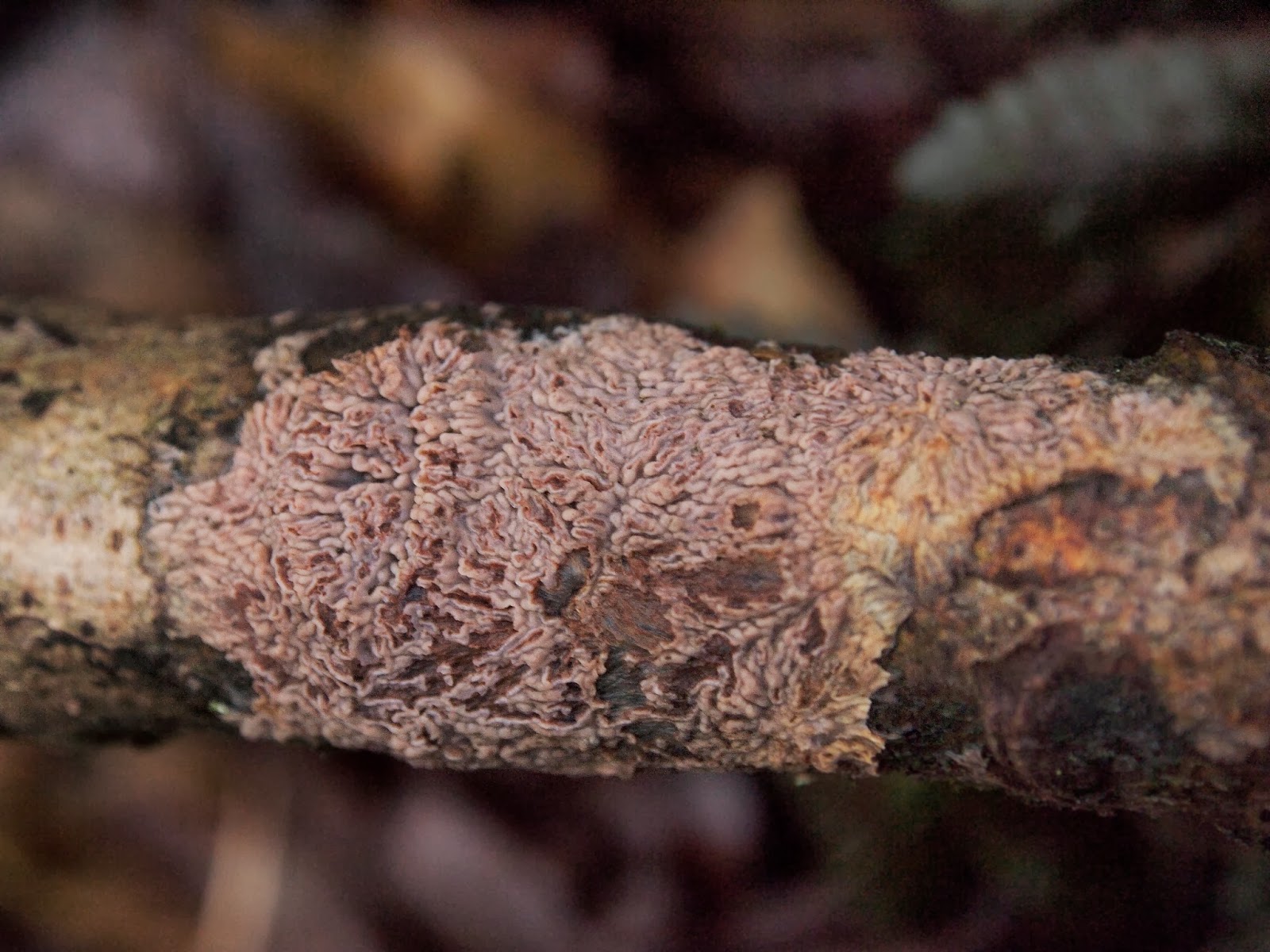 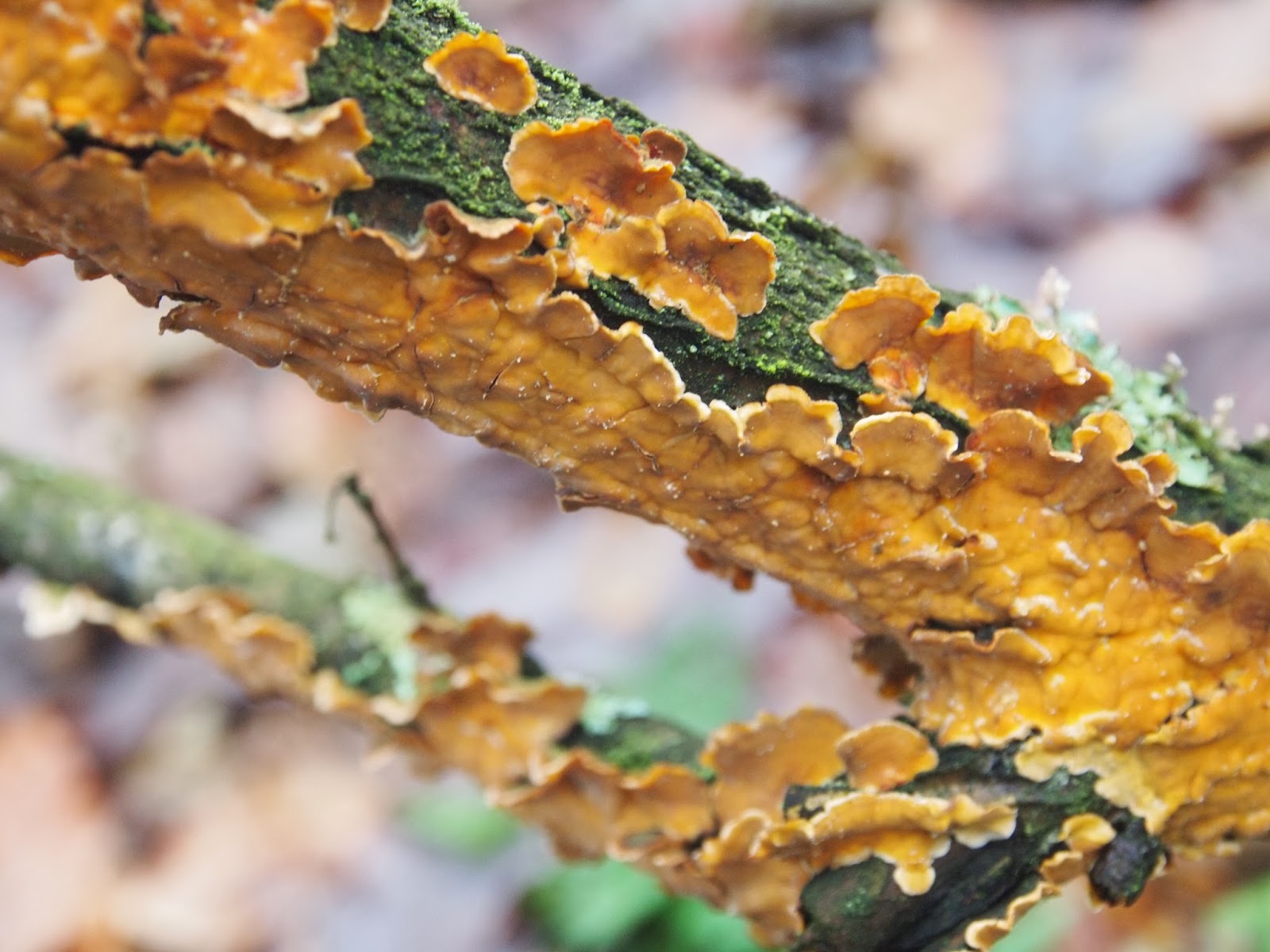 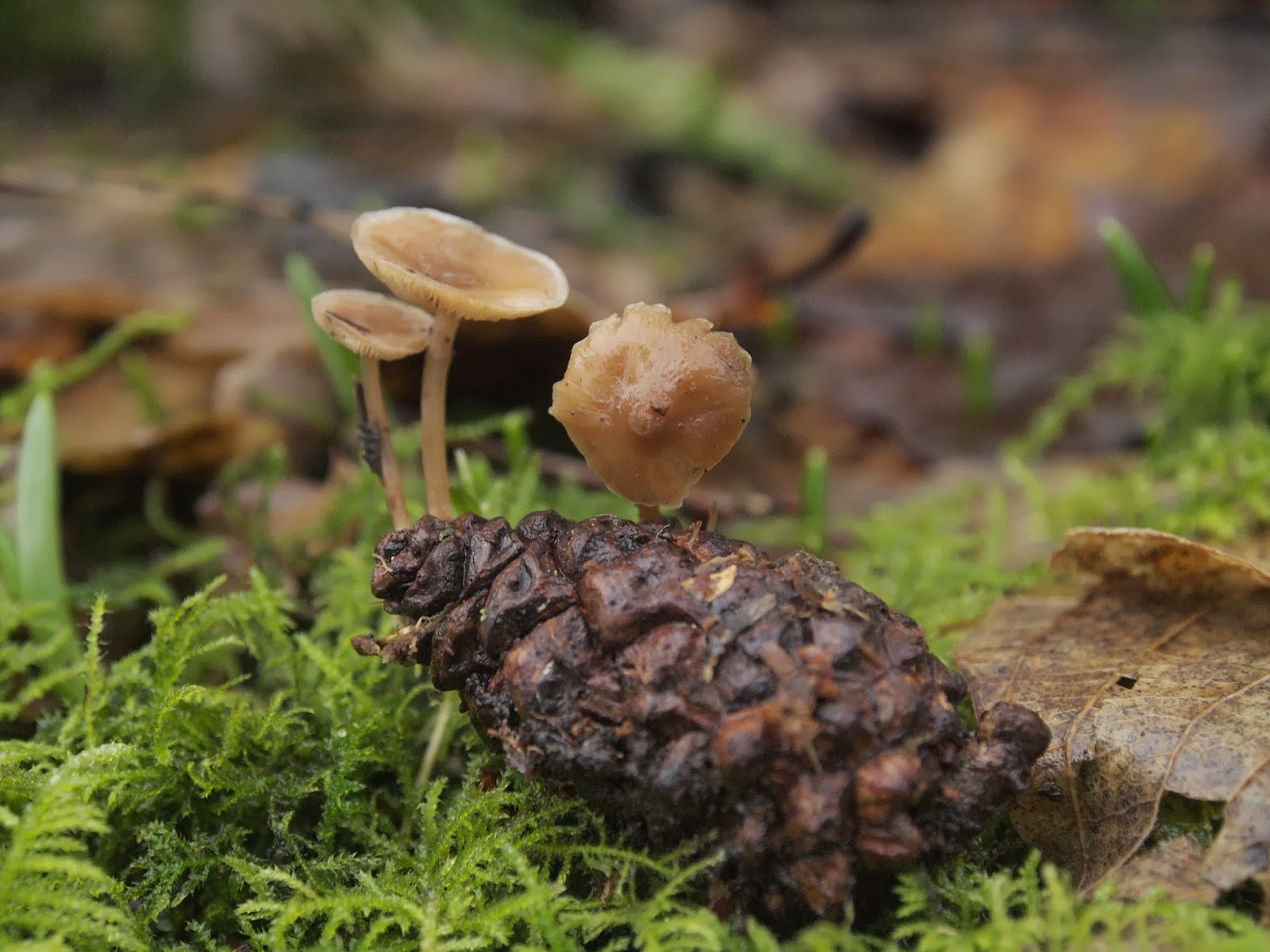 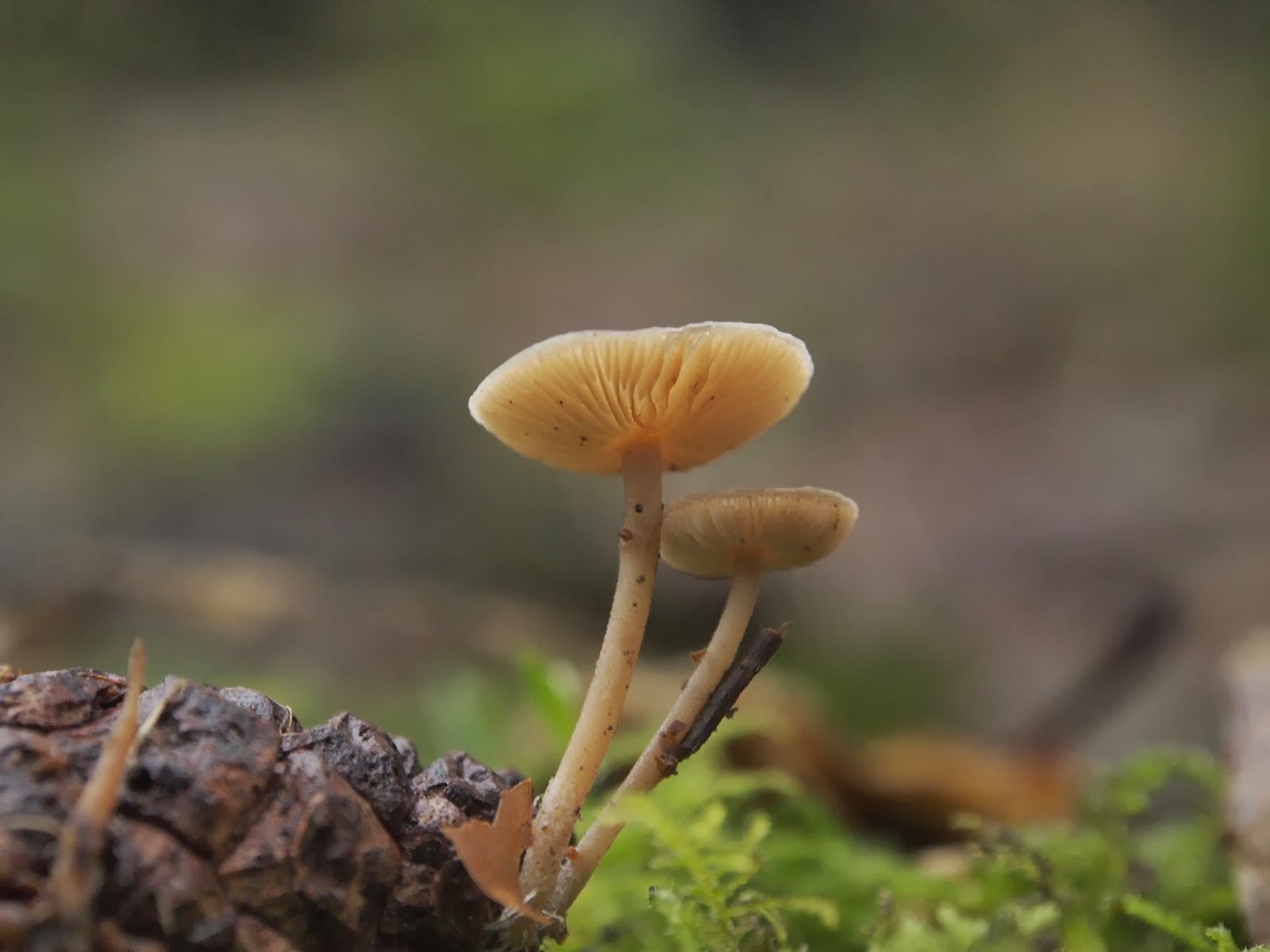 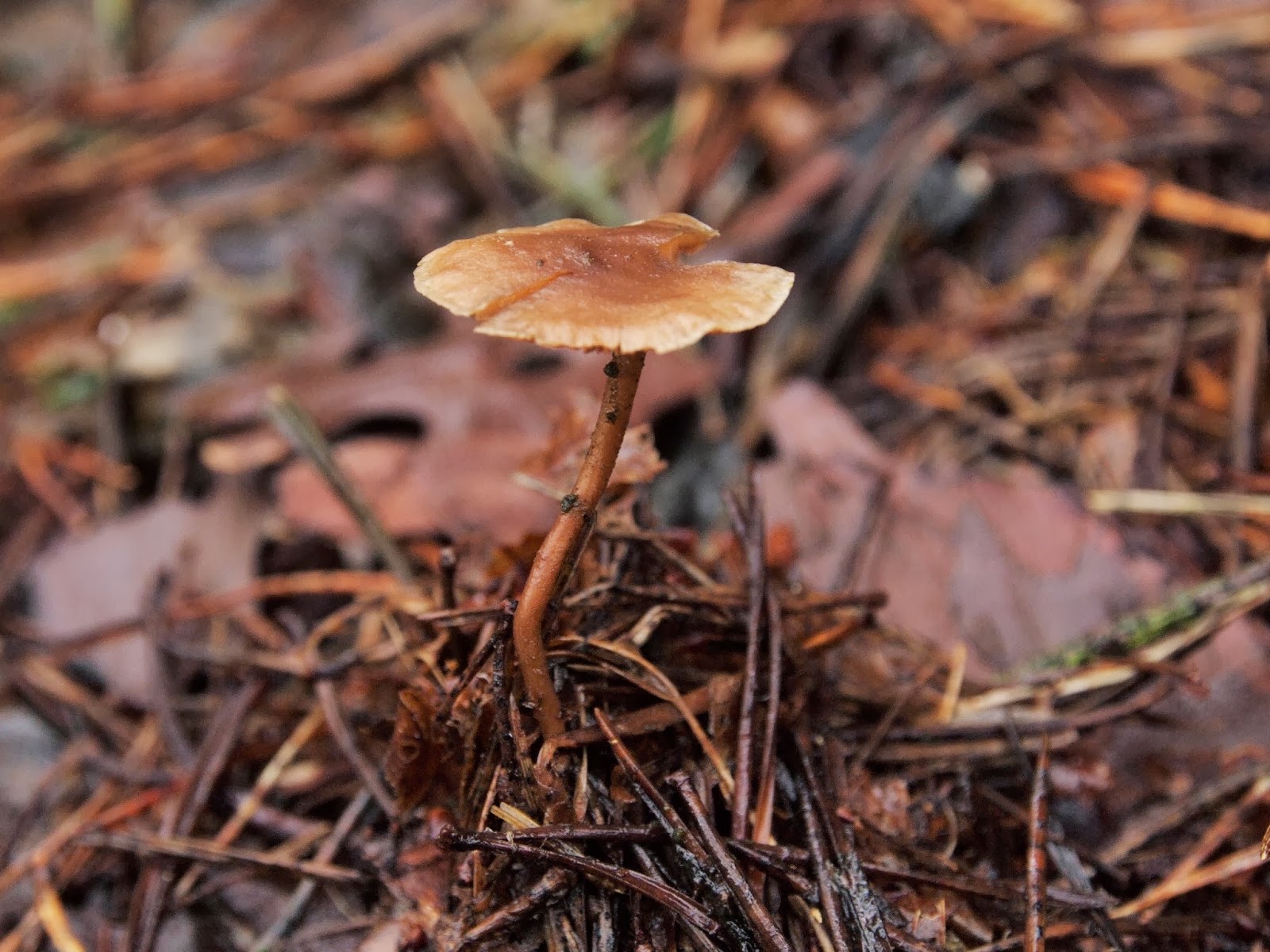 This one was growing in the needle litter and not rooted to a cone. 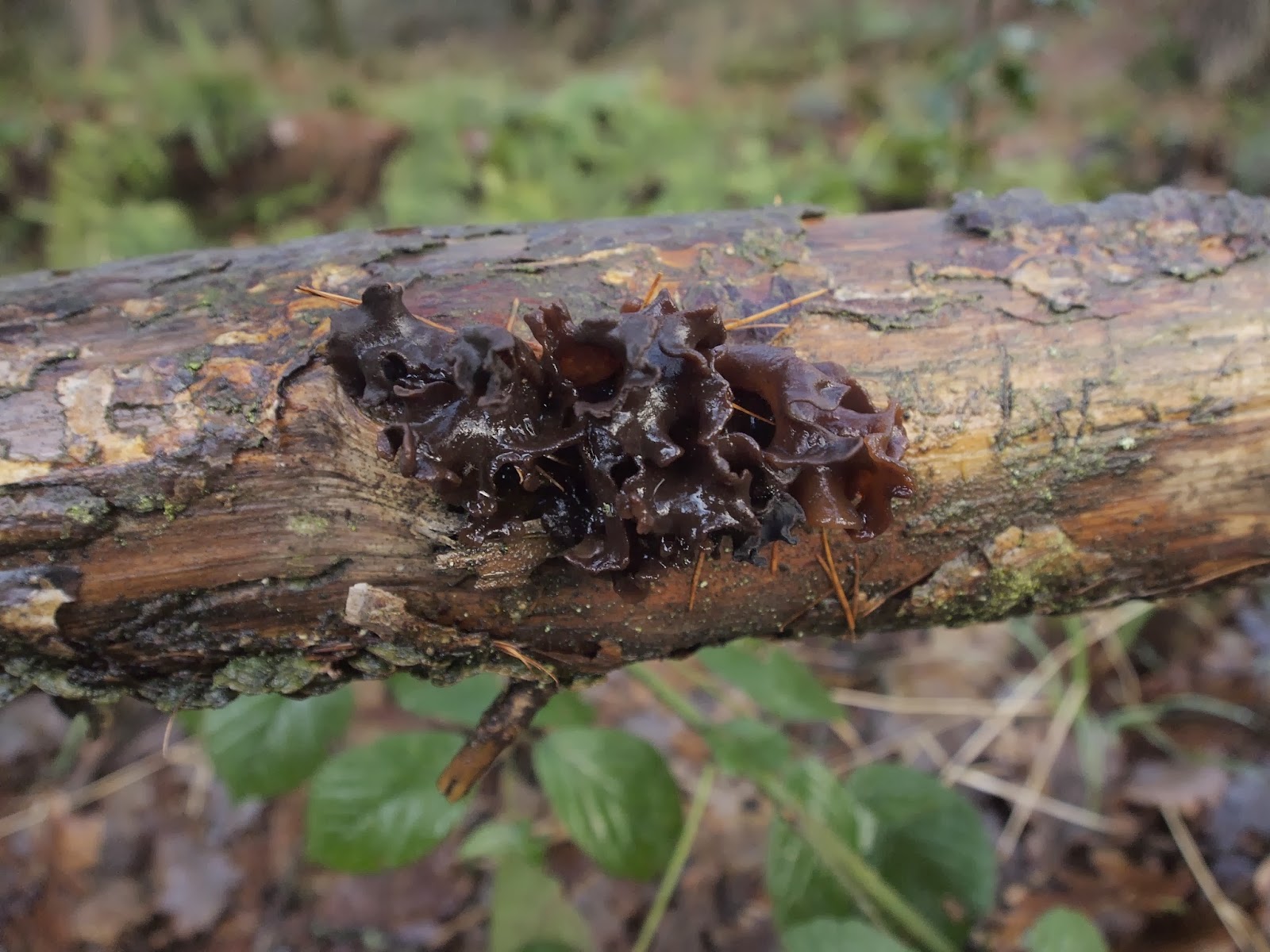 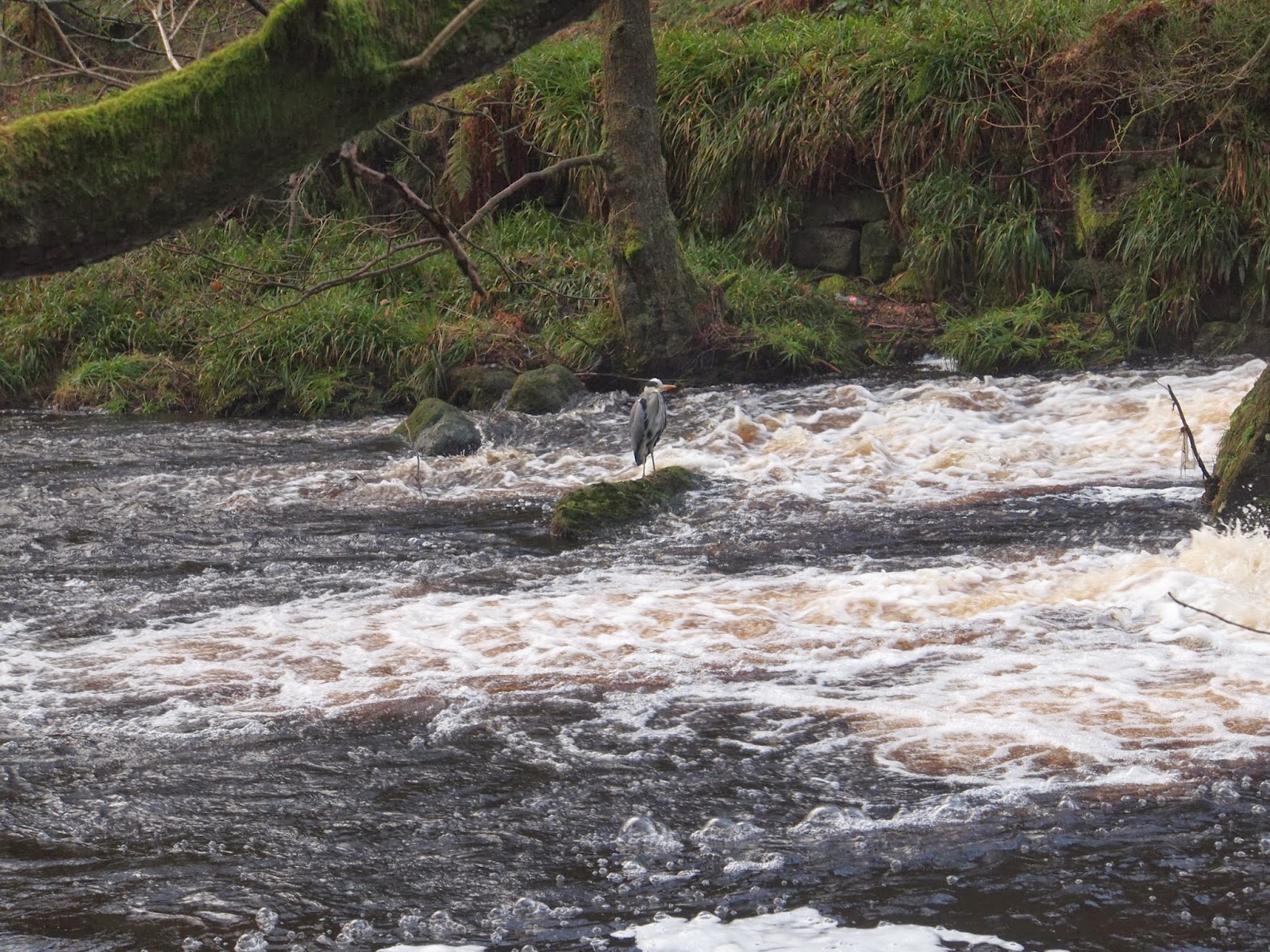 This heron swooped down and landed on this rock probably to do a spot of fishing and it was completely habituated to our presence. It turned occasionally to look at Basil who was sniffing around in the undergrowth but it then refocused it attention on meal time and carried on studying the river and it remained there as we moved on. 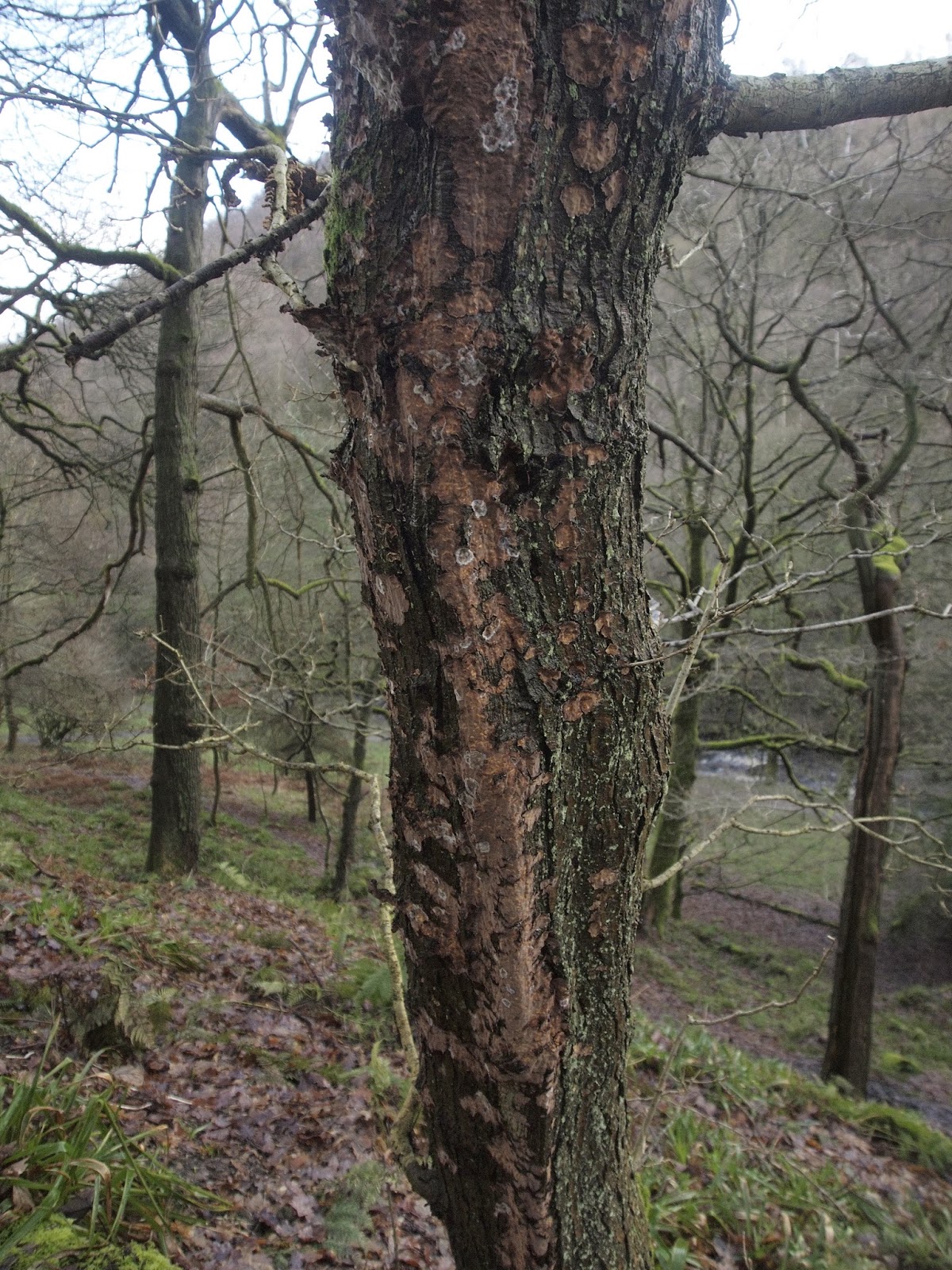 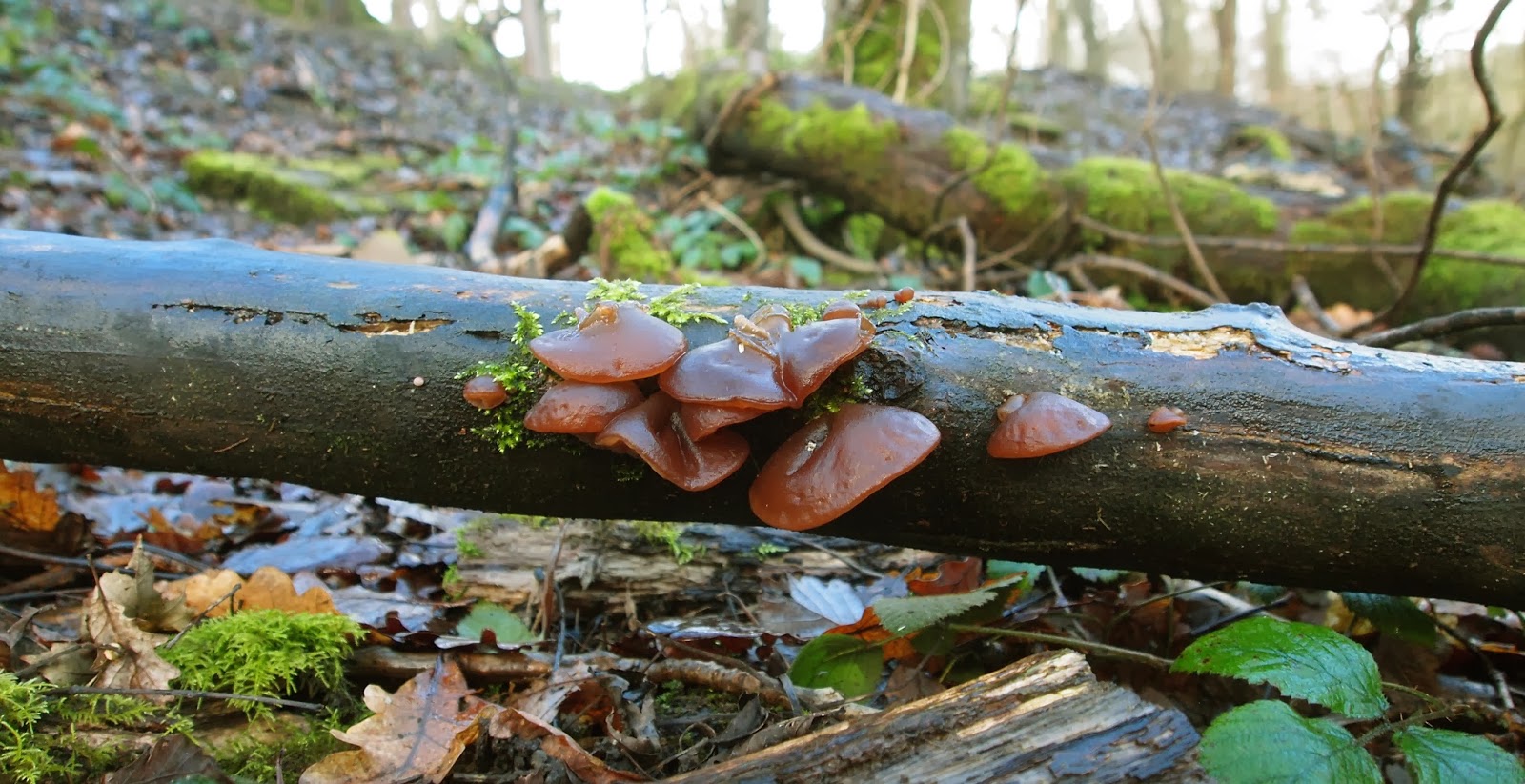 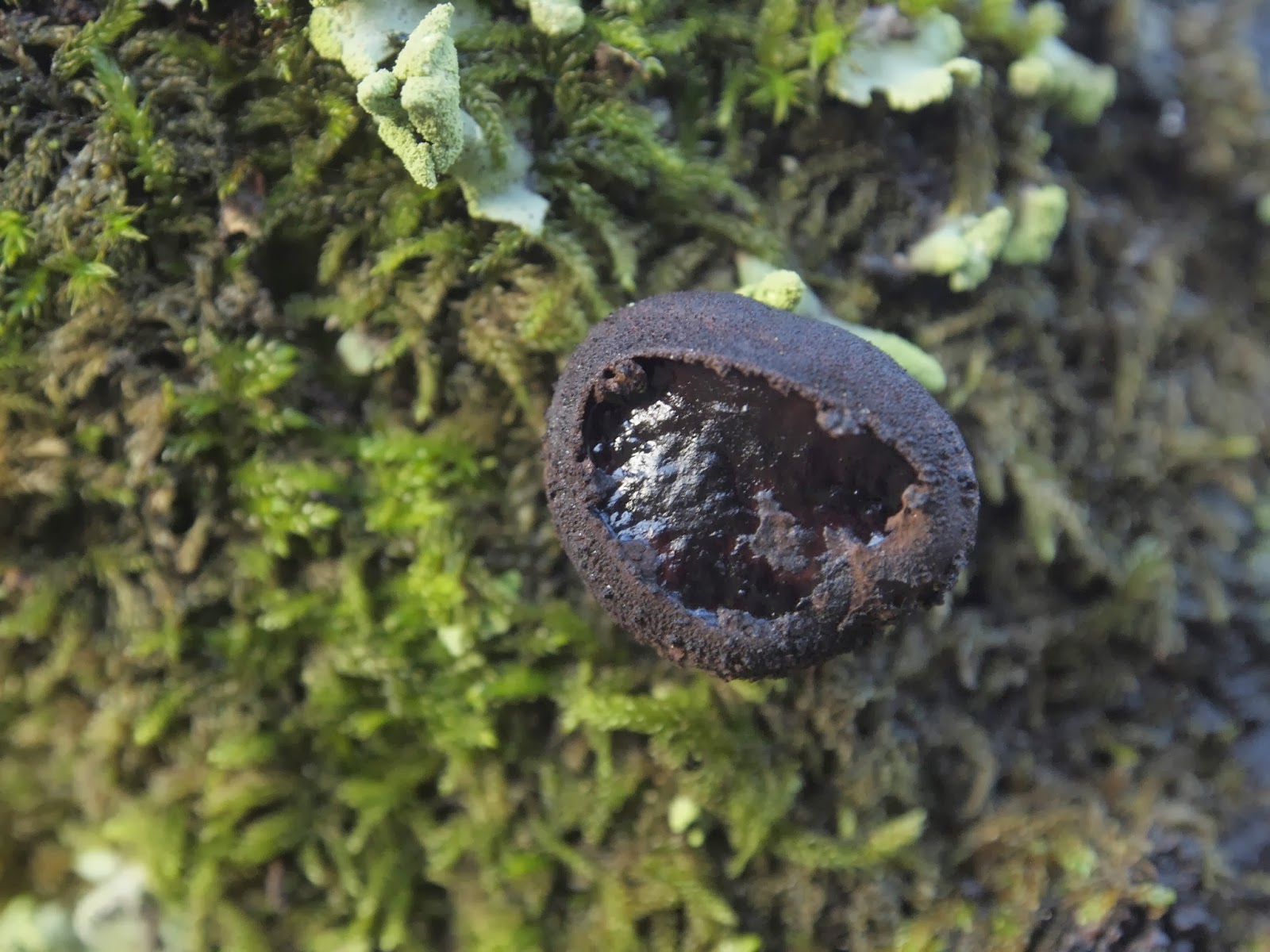 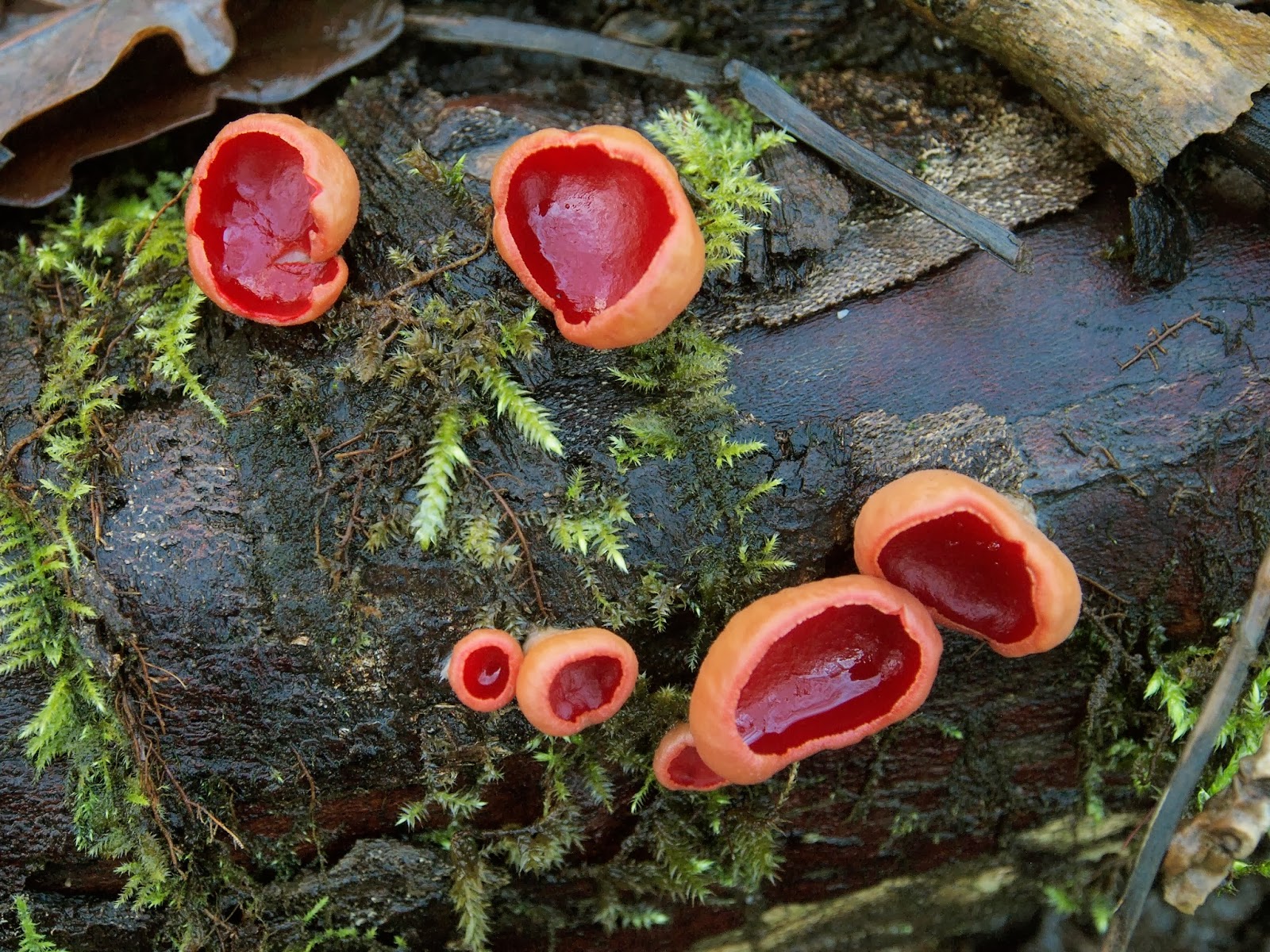