Peachysteve and I had a walk from the top of Pecket Well and we did a loop around Crimsworth Dean and back again. Fungi were everywhere and some species we found in great numbers too. The weather was really mild for this time of year and we saw lots of buds on the trees, active insects and bluebells starting to grow. 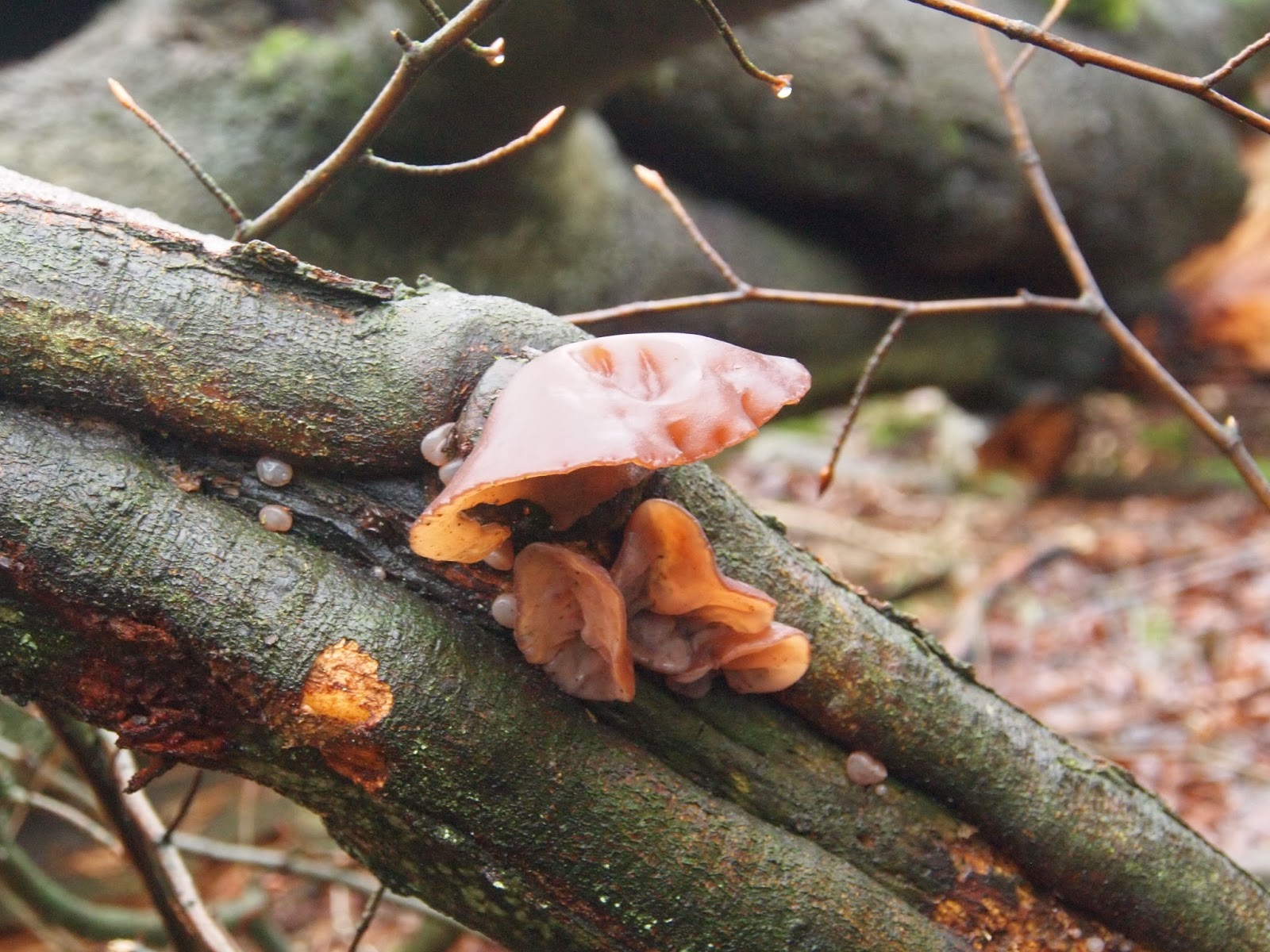 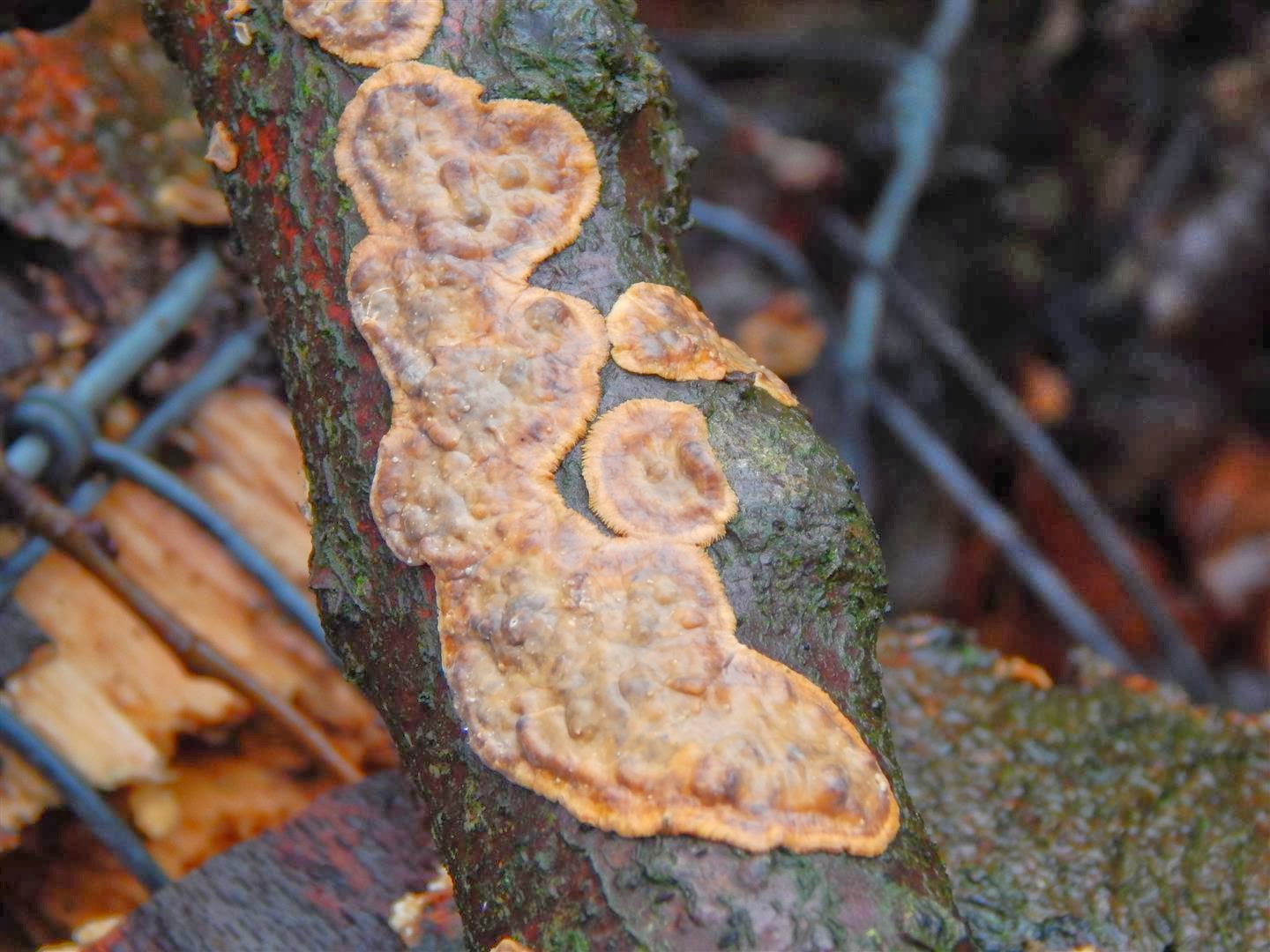 Bleeding Broadleaf Crust (Stereum rugosum), Steve's photo above and mine below. 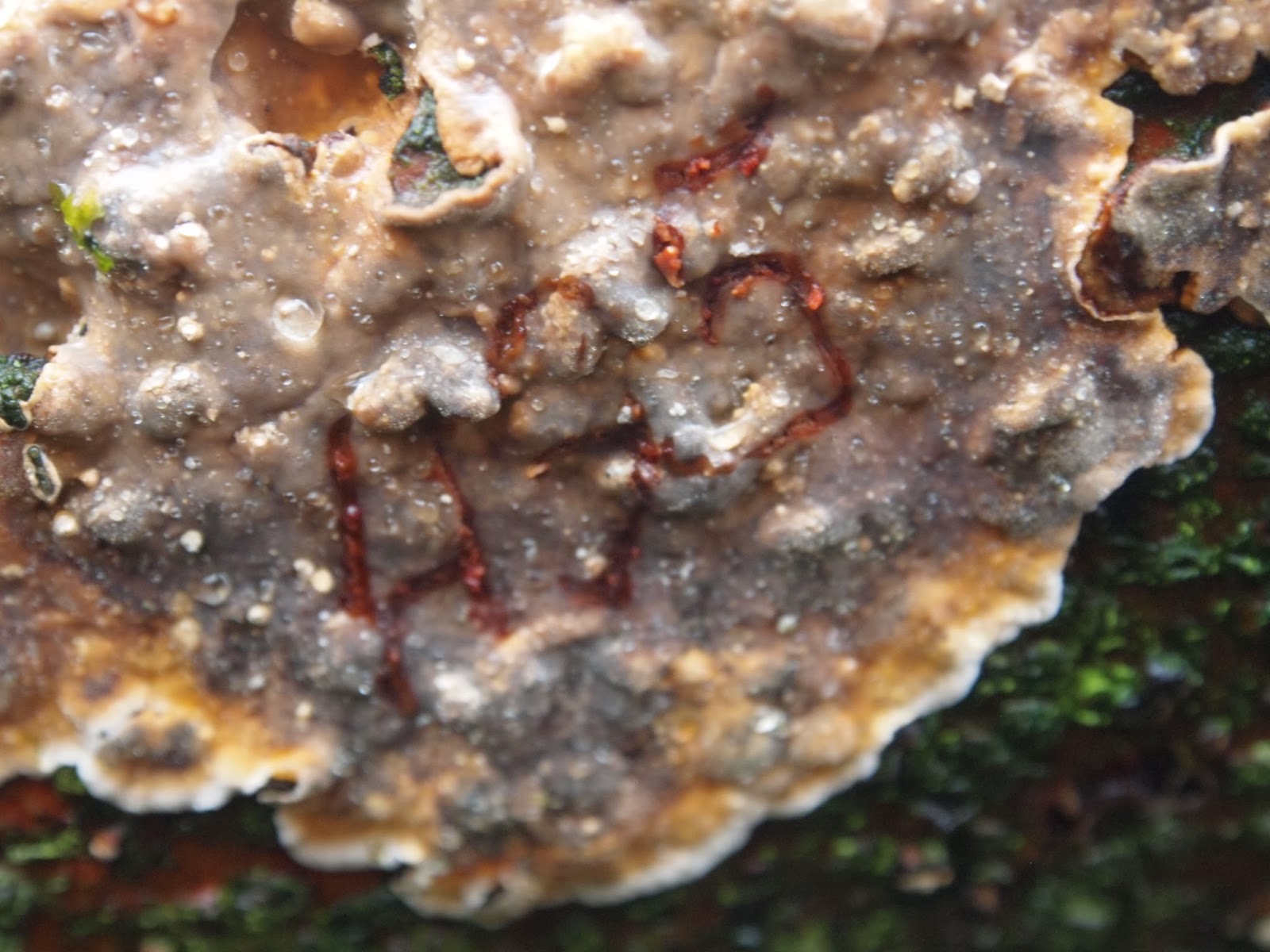 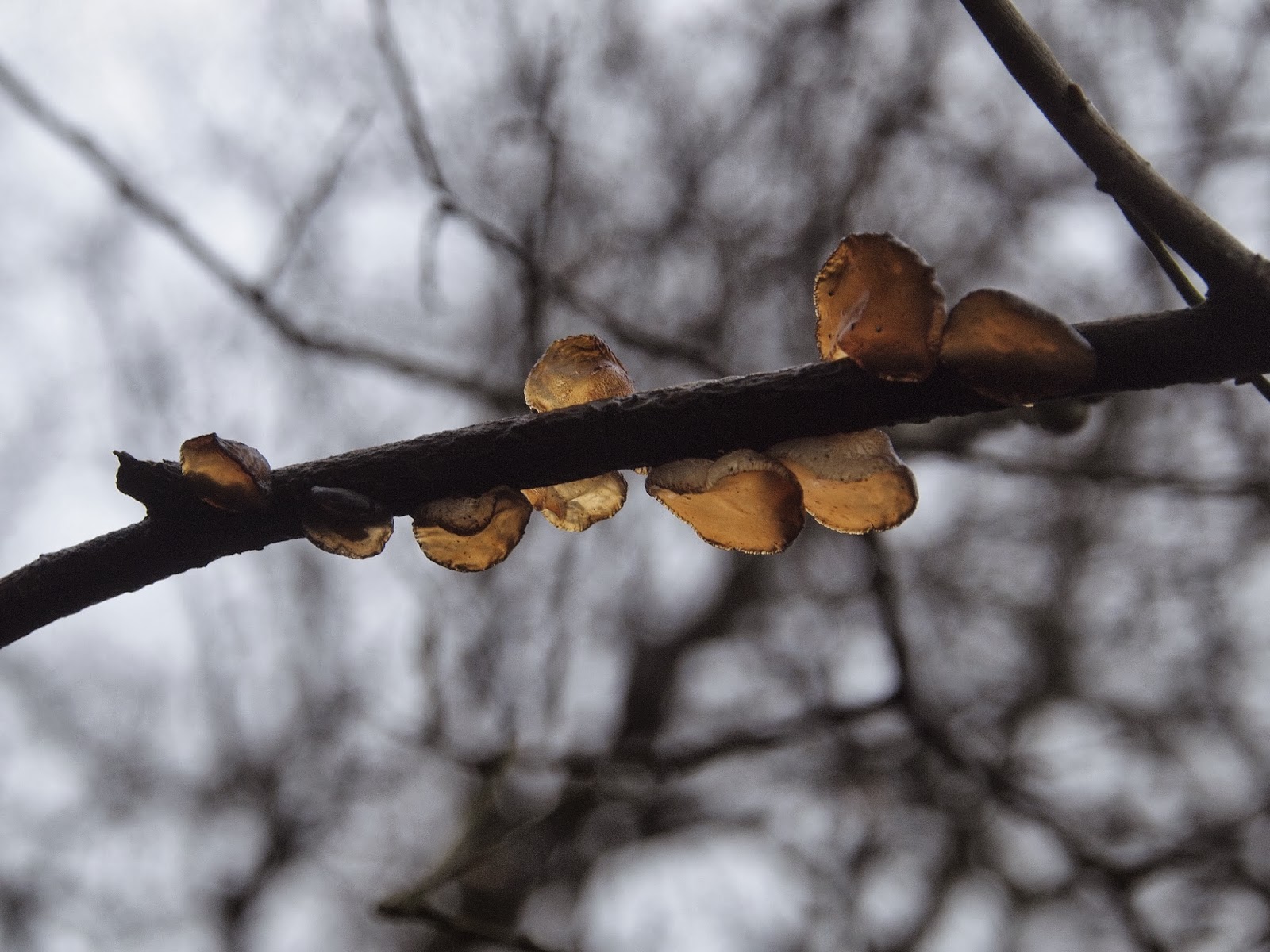 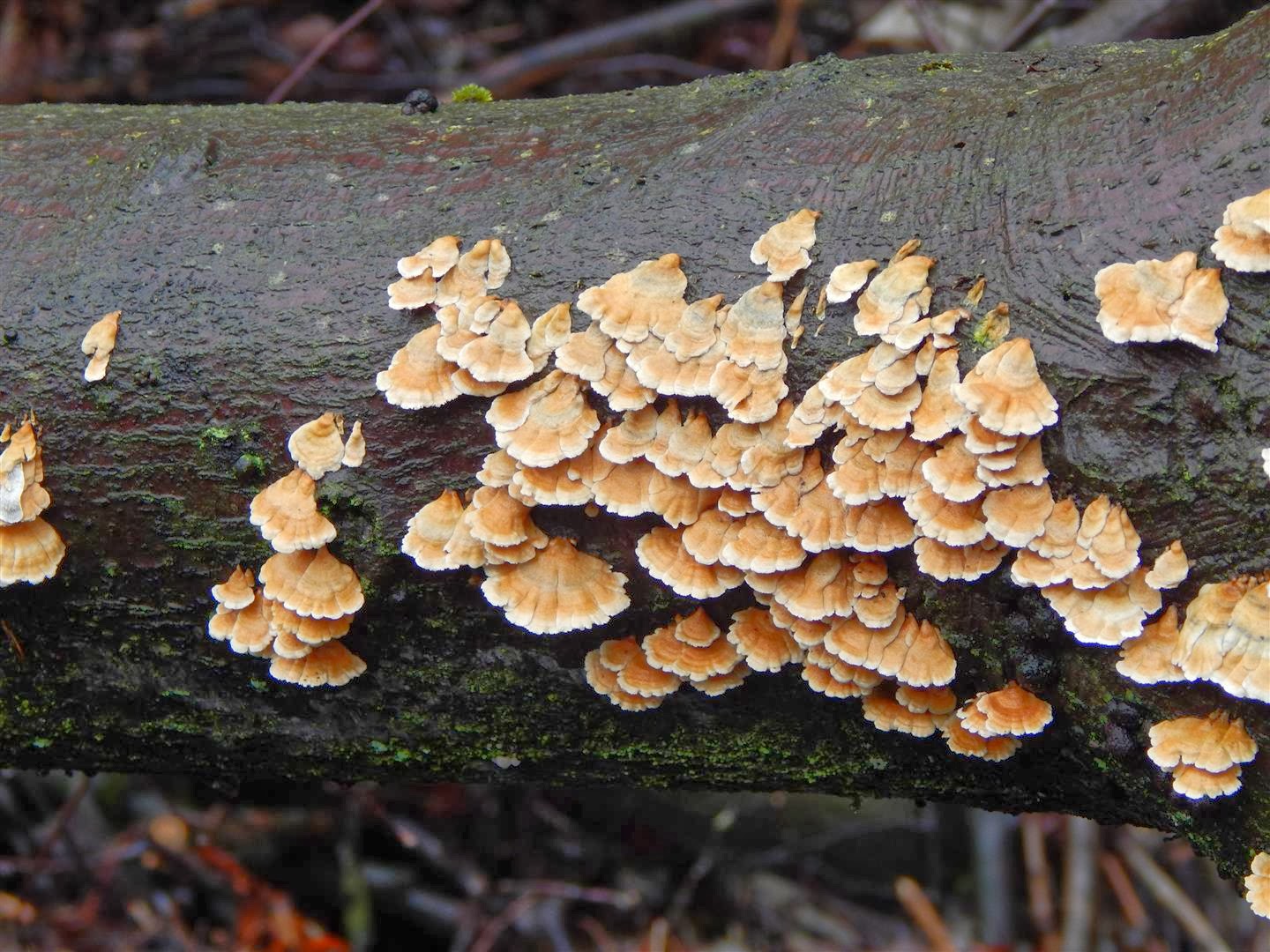 Crimped Gill (Plicatura crispa) - caps above and gills below. It was in abundance throughout the Dean and there must have been hundreds of specimens growing in tiers. Steve's photos 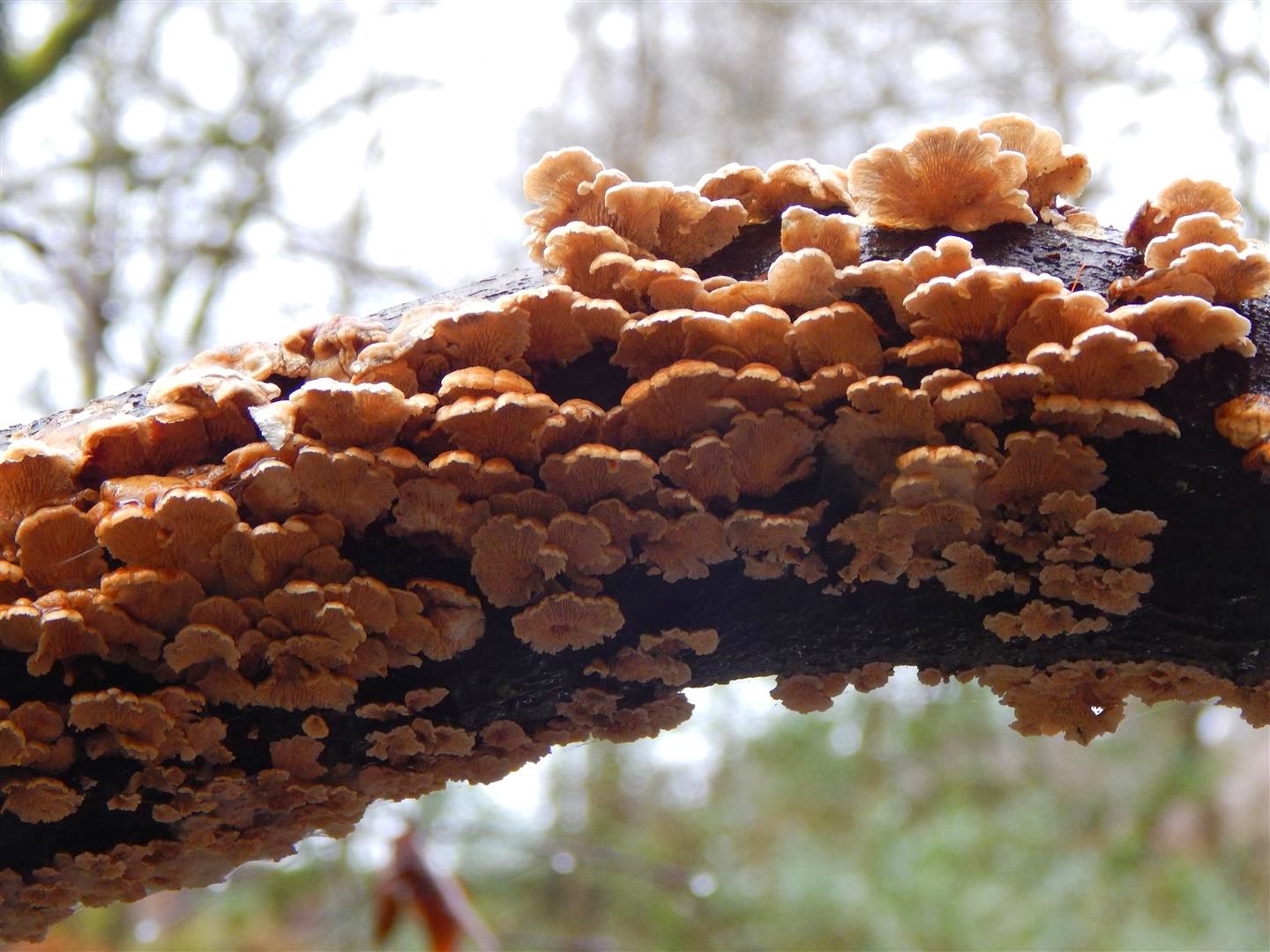 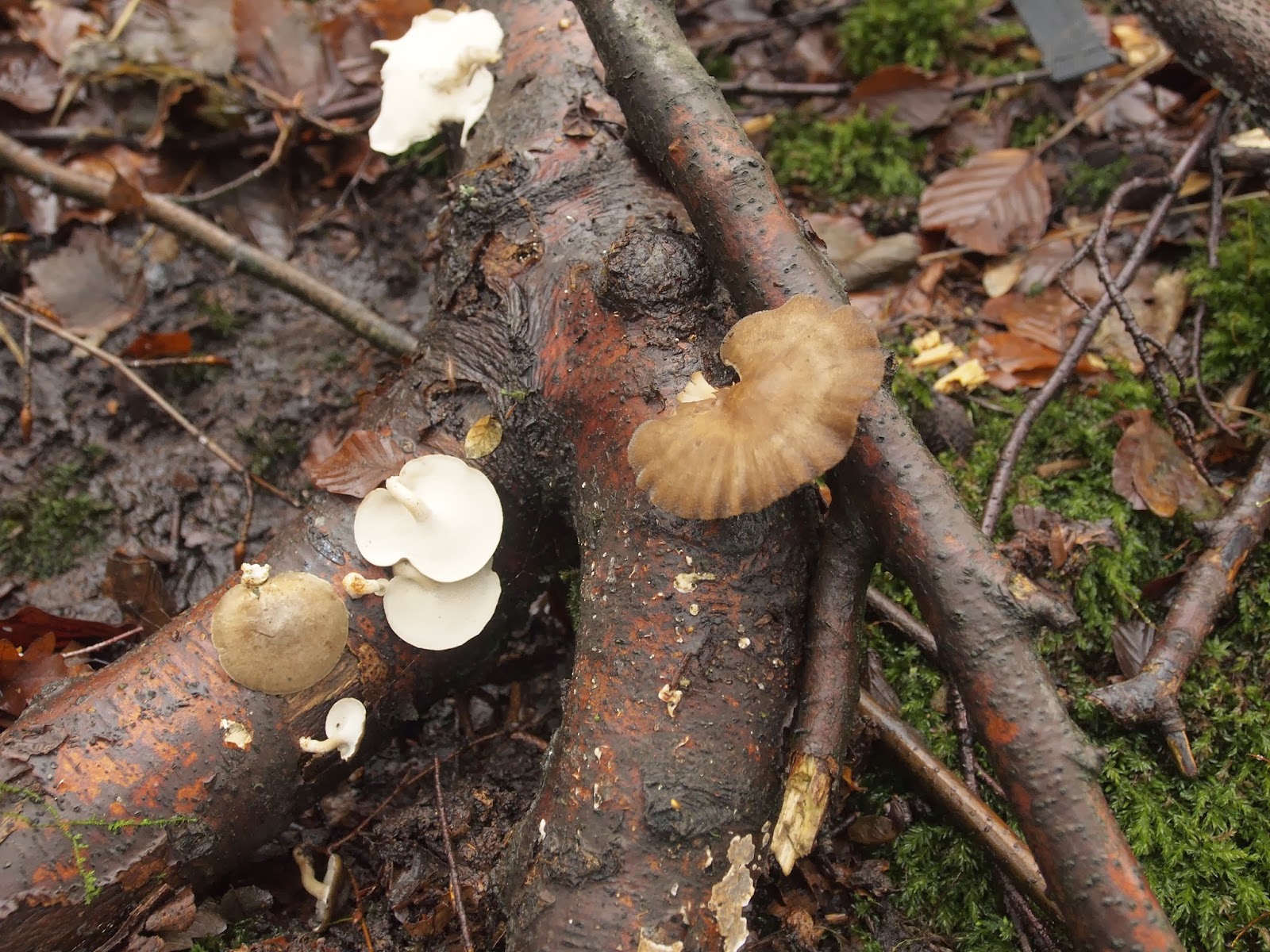 Fringed Polypore (Polyporus ciliatus) - my photo above and Steve's below. 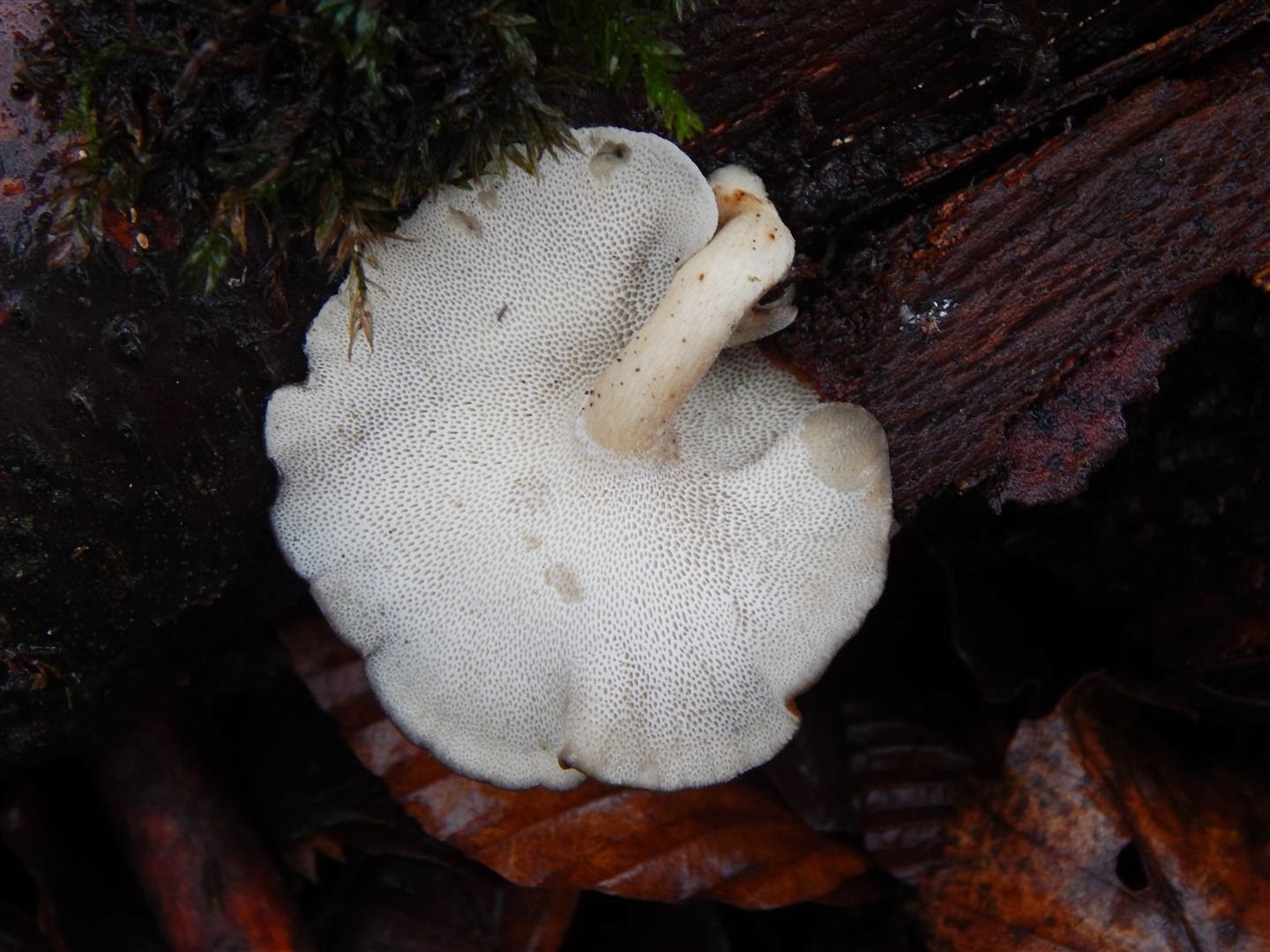 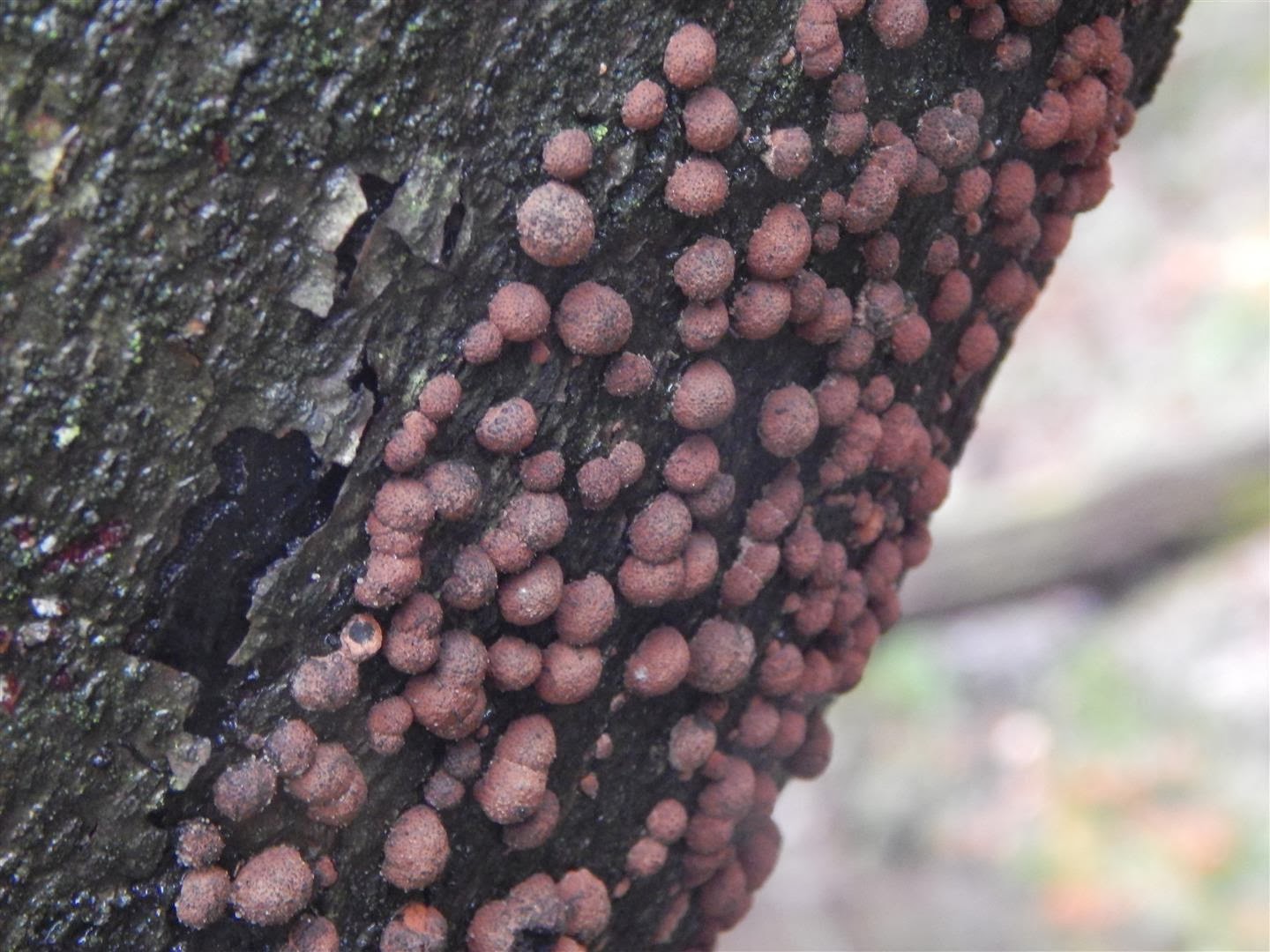 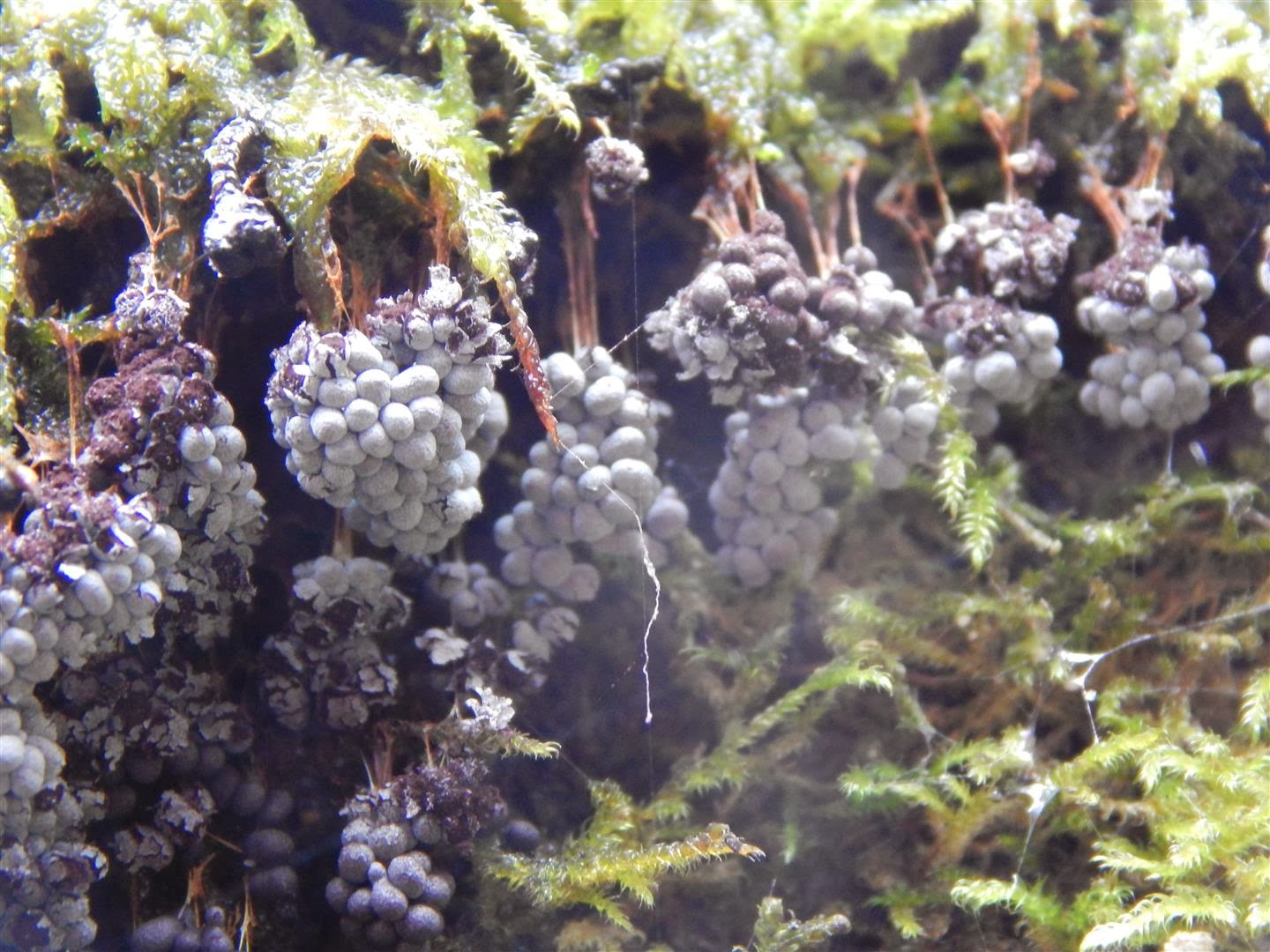 A species of myxomycetes dangling from the underside of a fallen beech. Steve's photo. 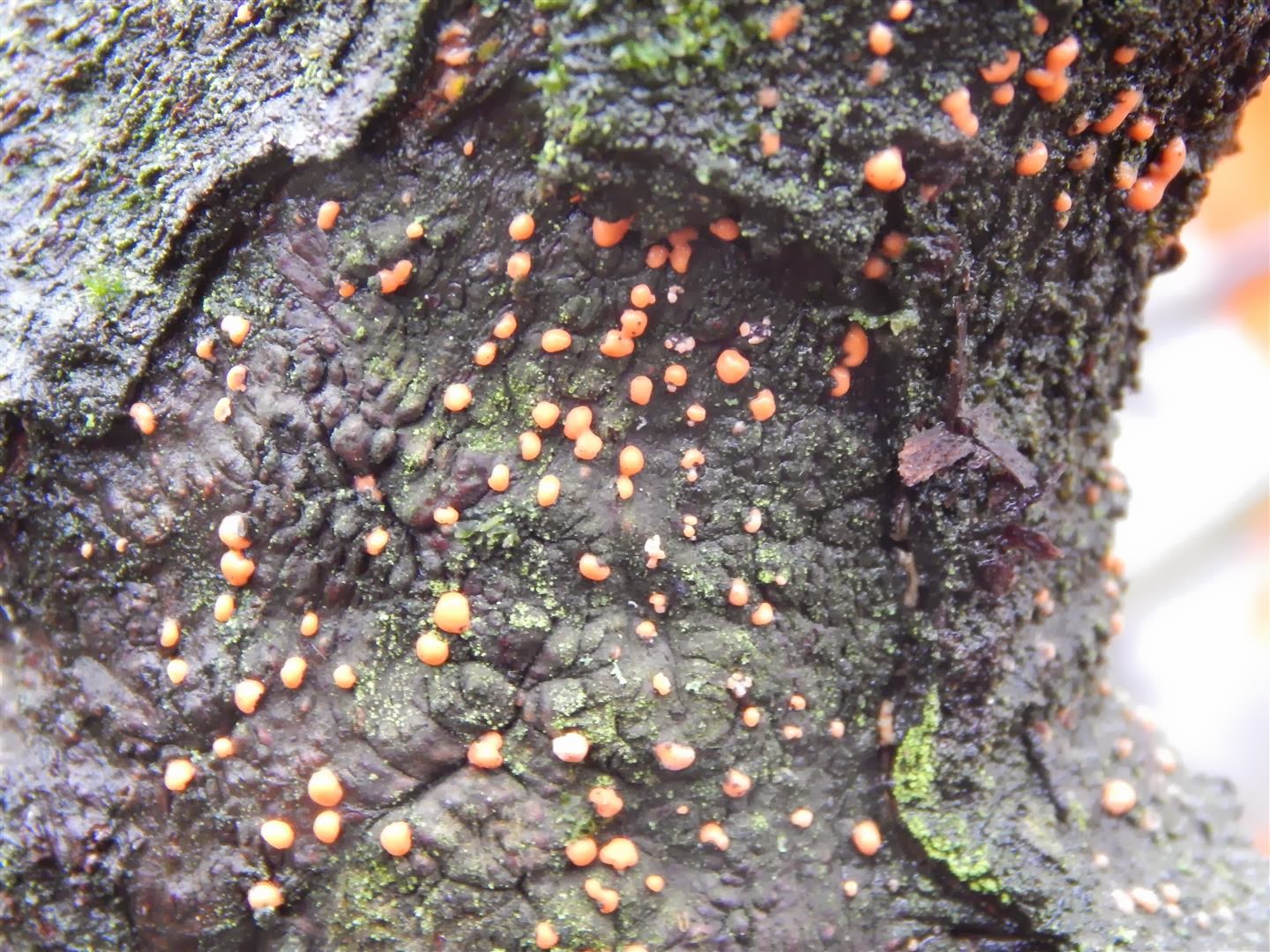 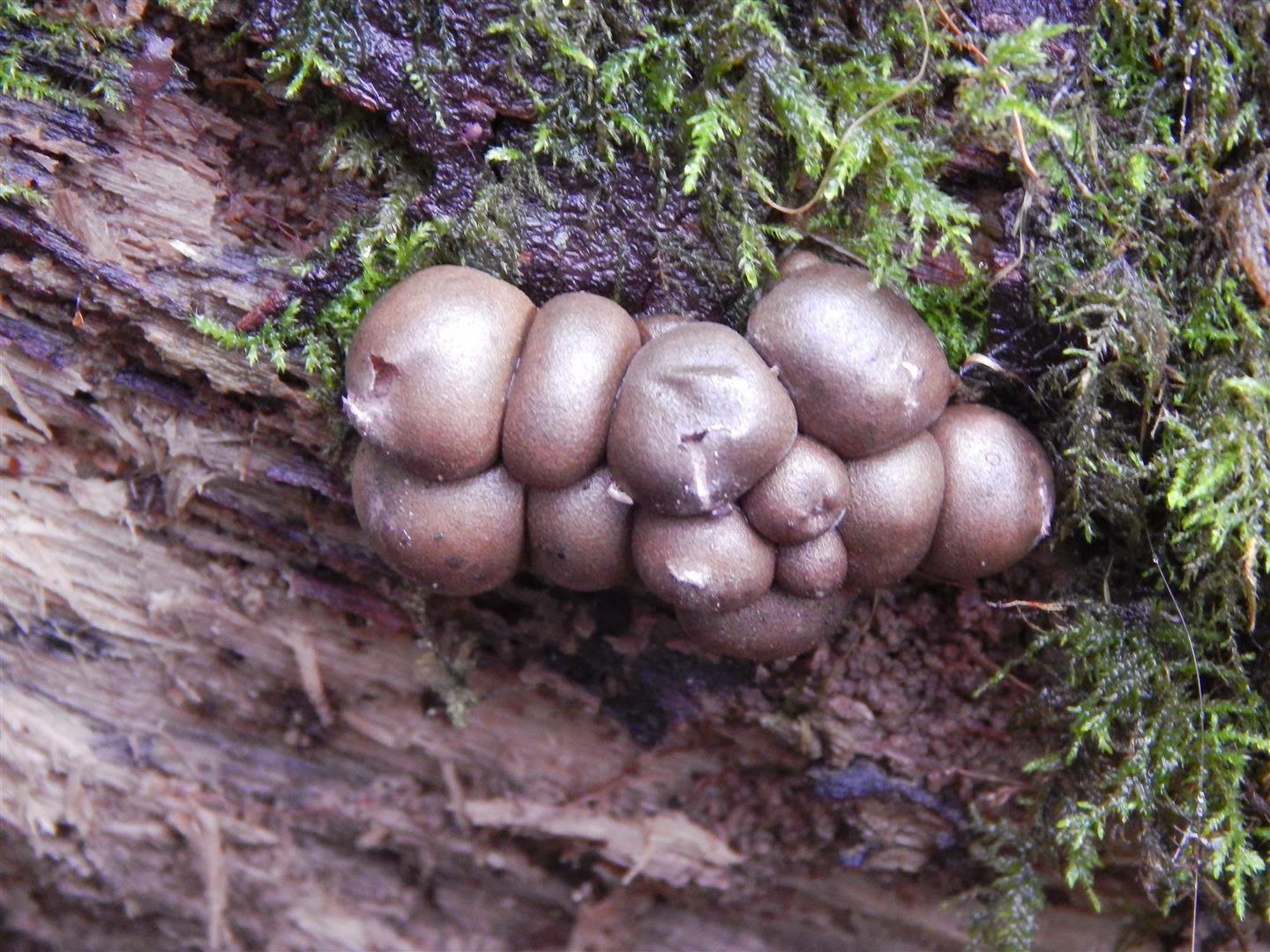 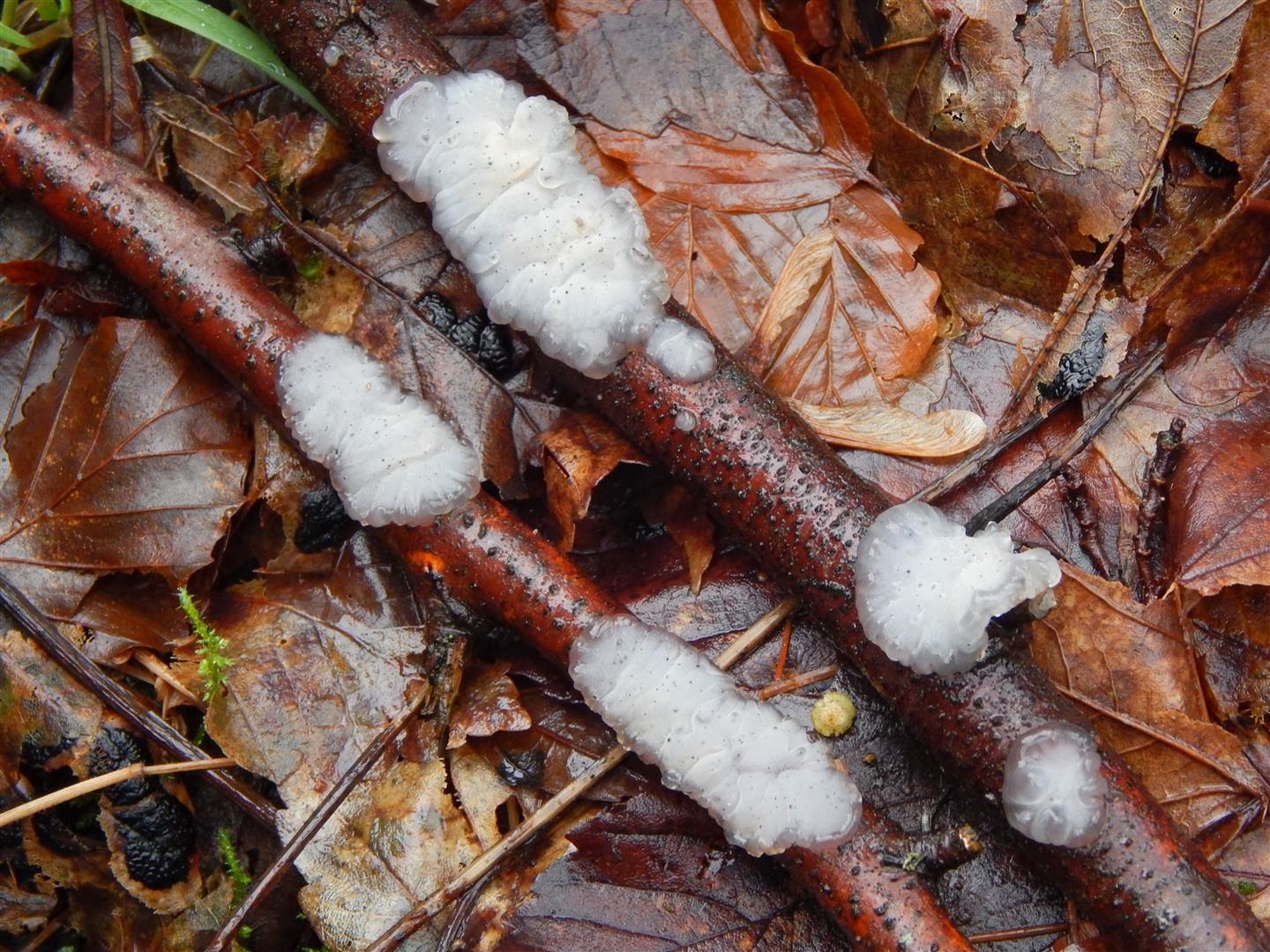 White Brain (Exidia thuretiana) Steve's photo above and mine below. 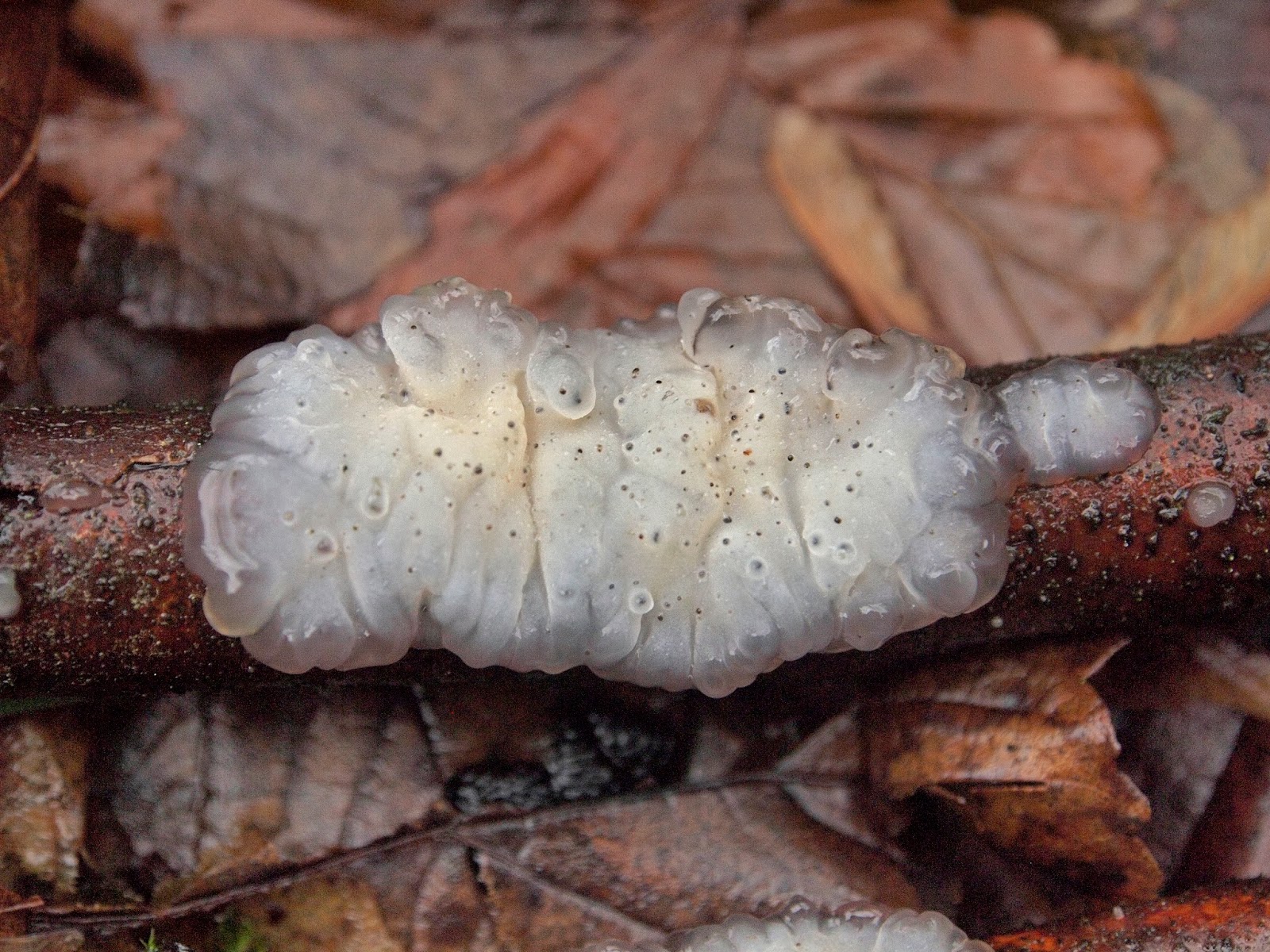 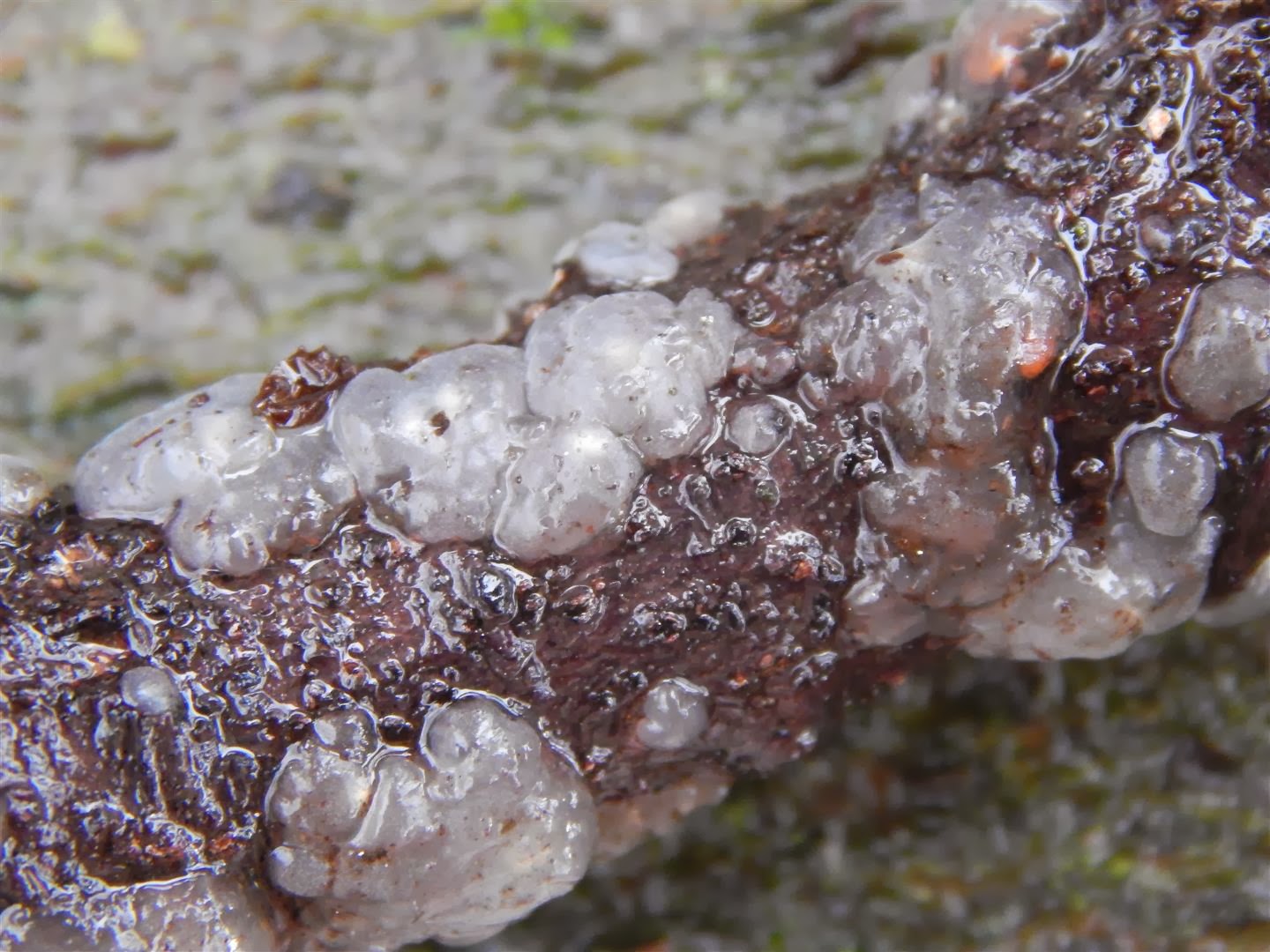 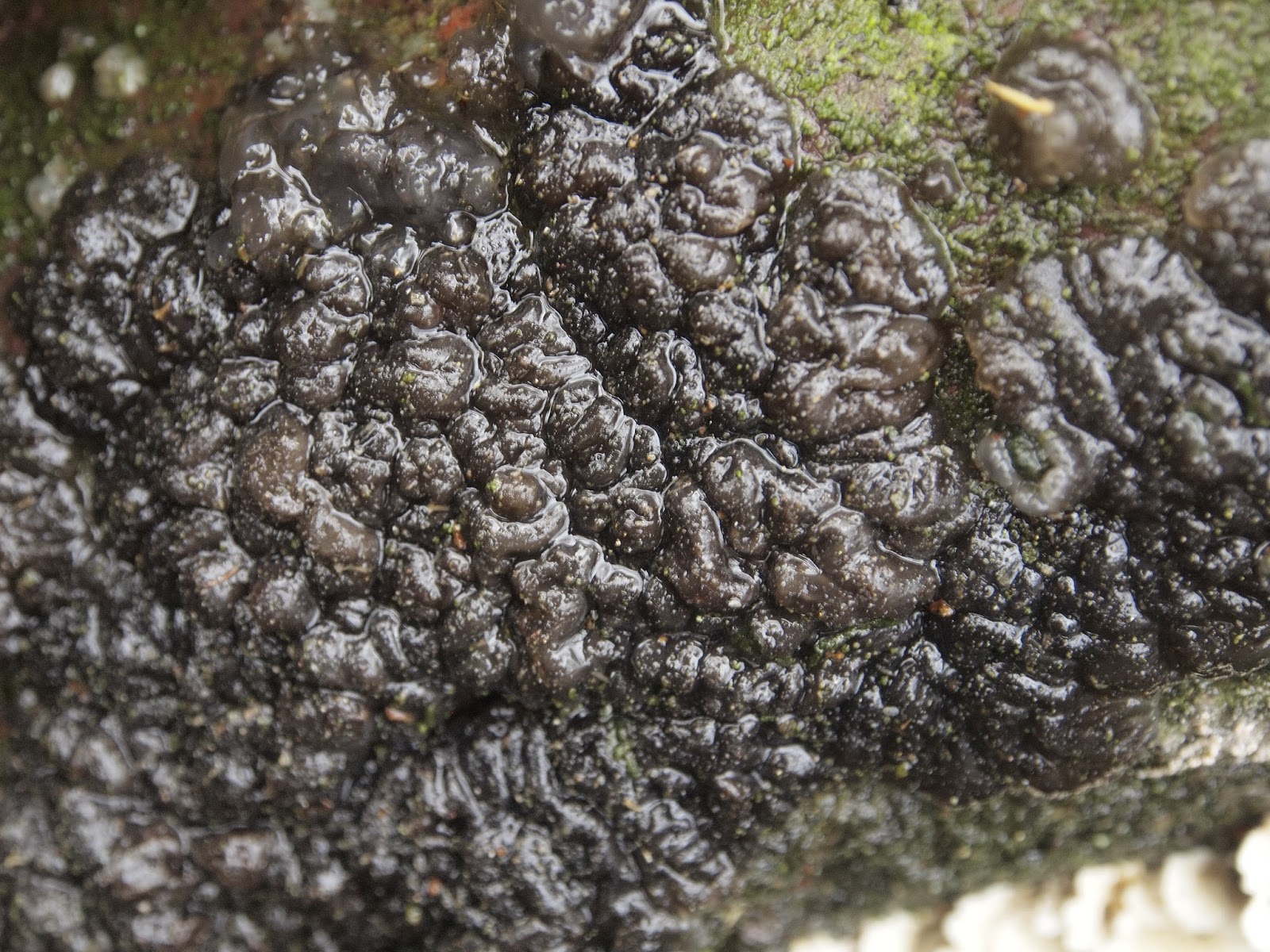 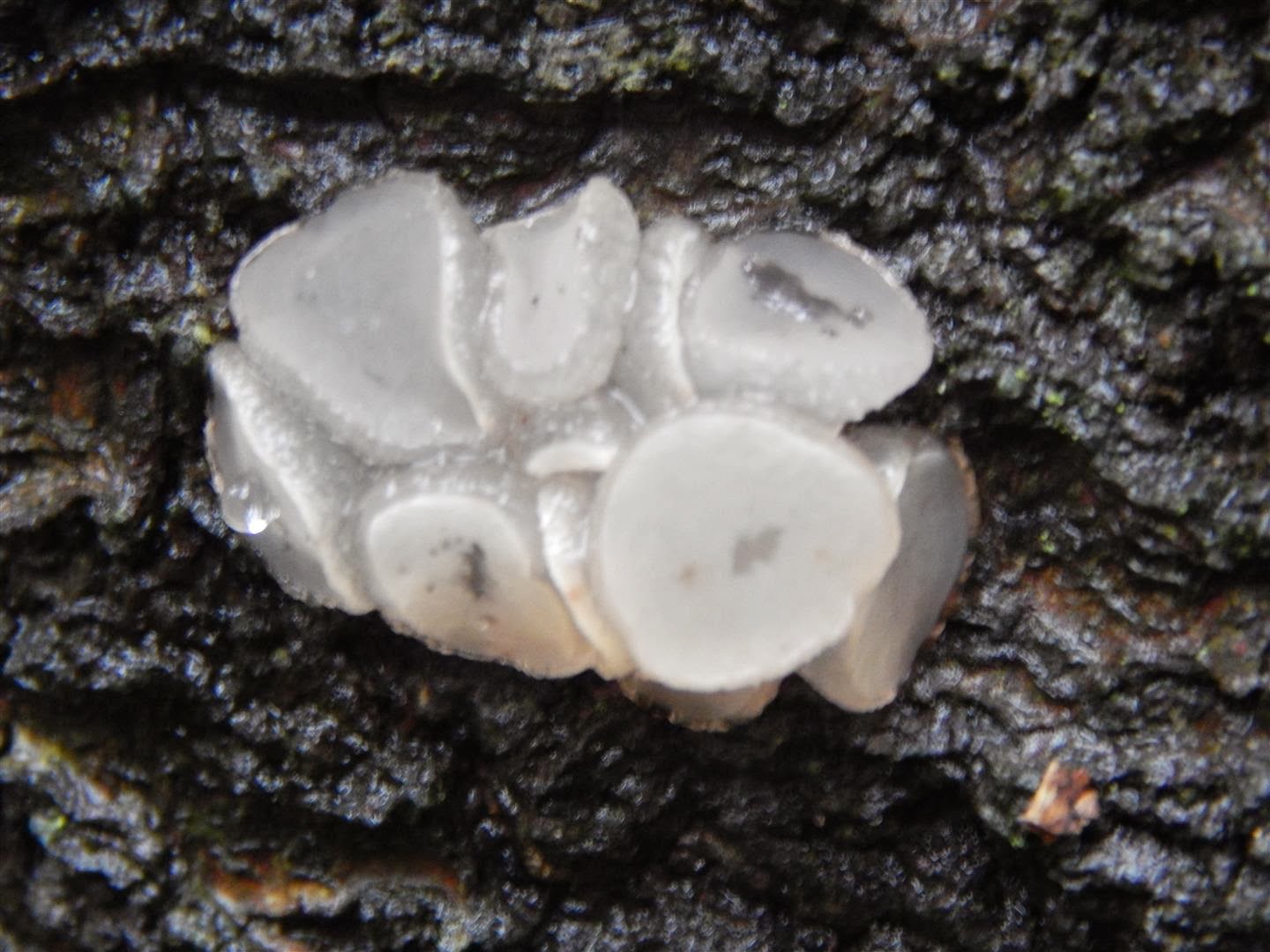 Beech Jellydisc (Neobulgaria pura) - above and below. Steve's photo above and mine below. 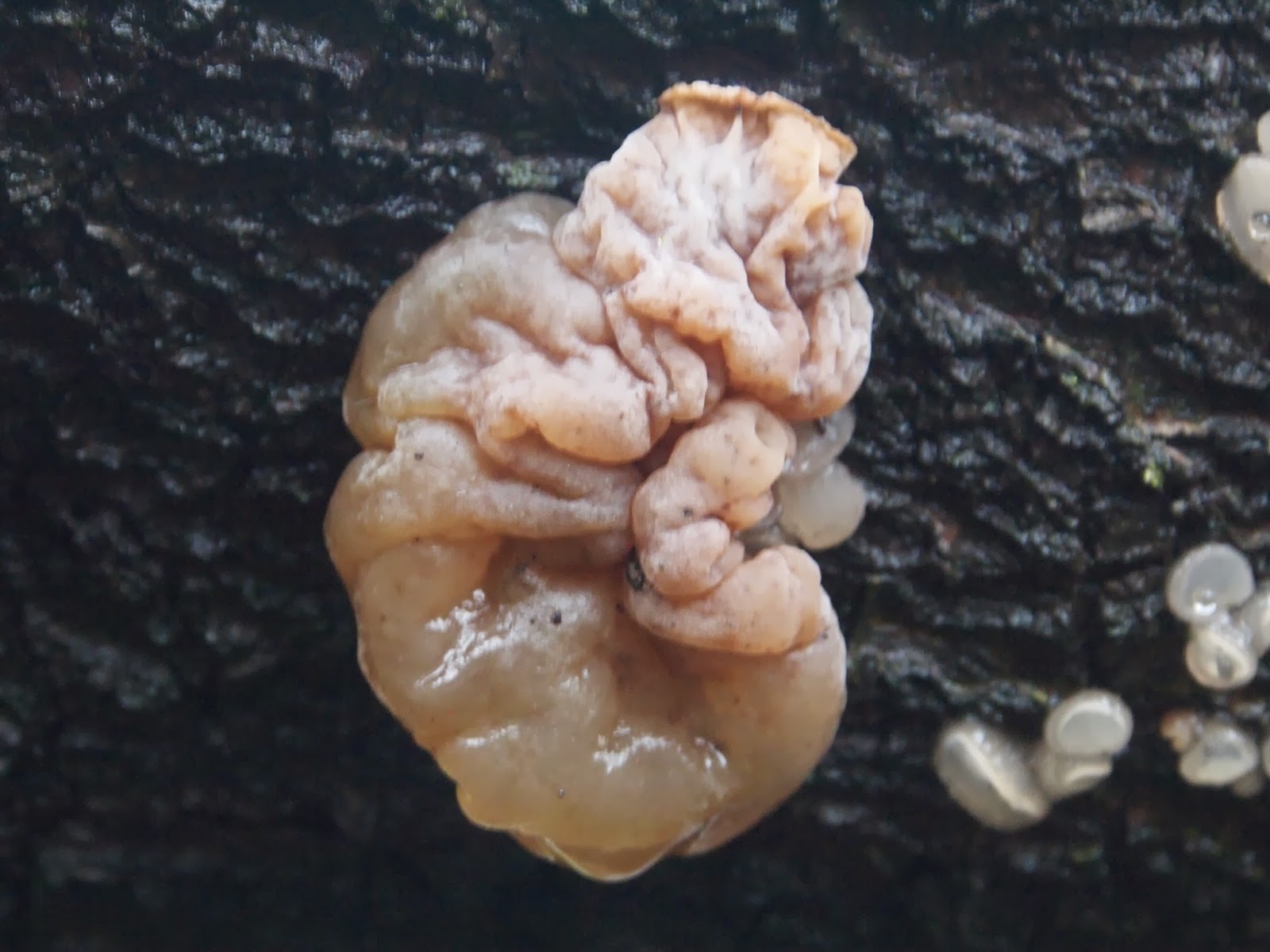 This one had become very convoluted and brain like. 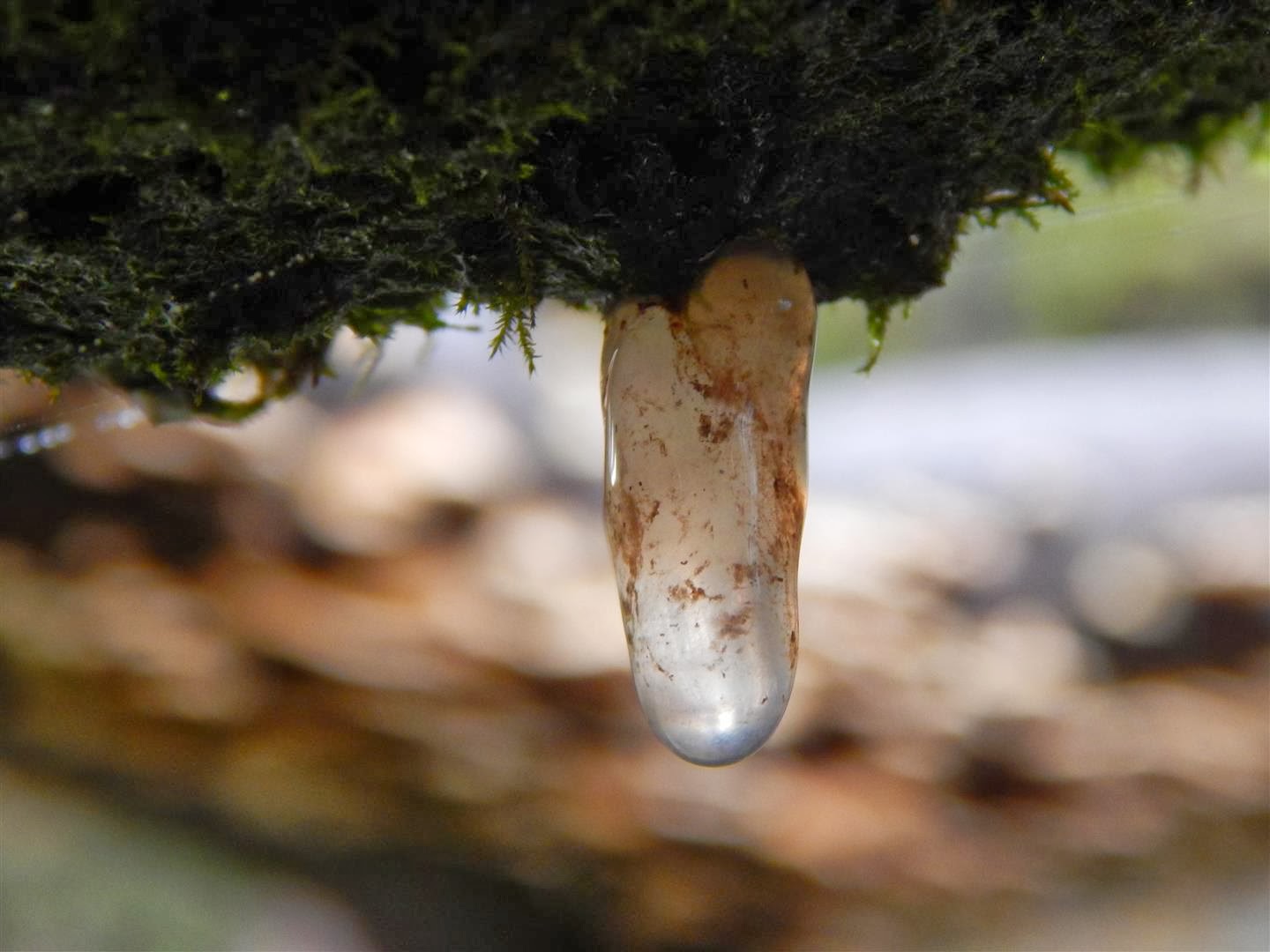 The slimey remains of a Jelly disc drooping from the underside of the beech. Steve's photo. 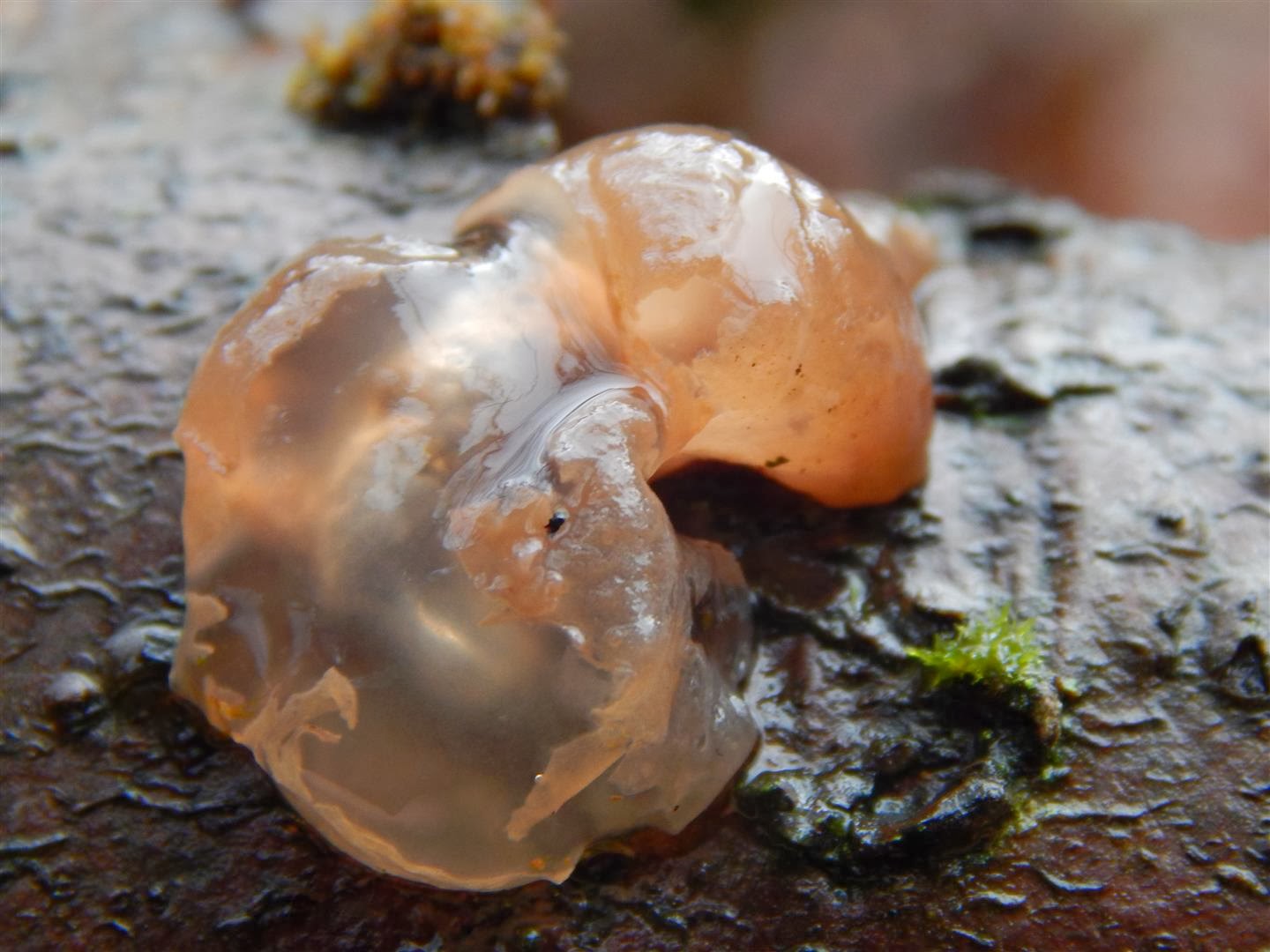 I think that this one looks like a naked mole rat or a baby mouse - Steve's photo. 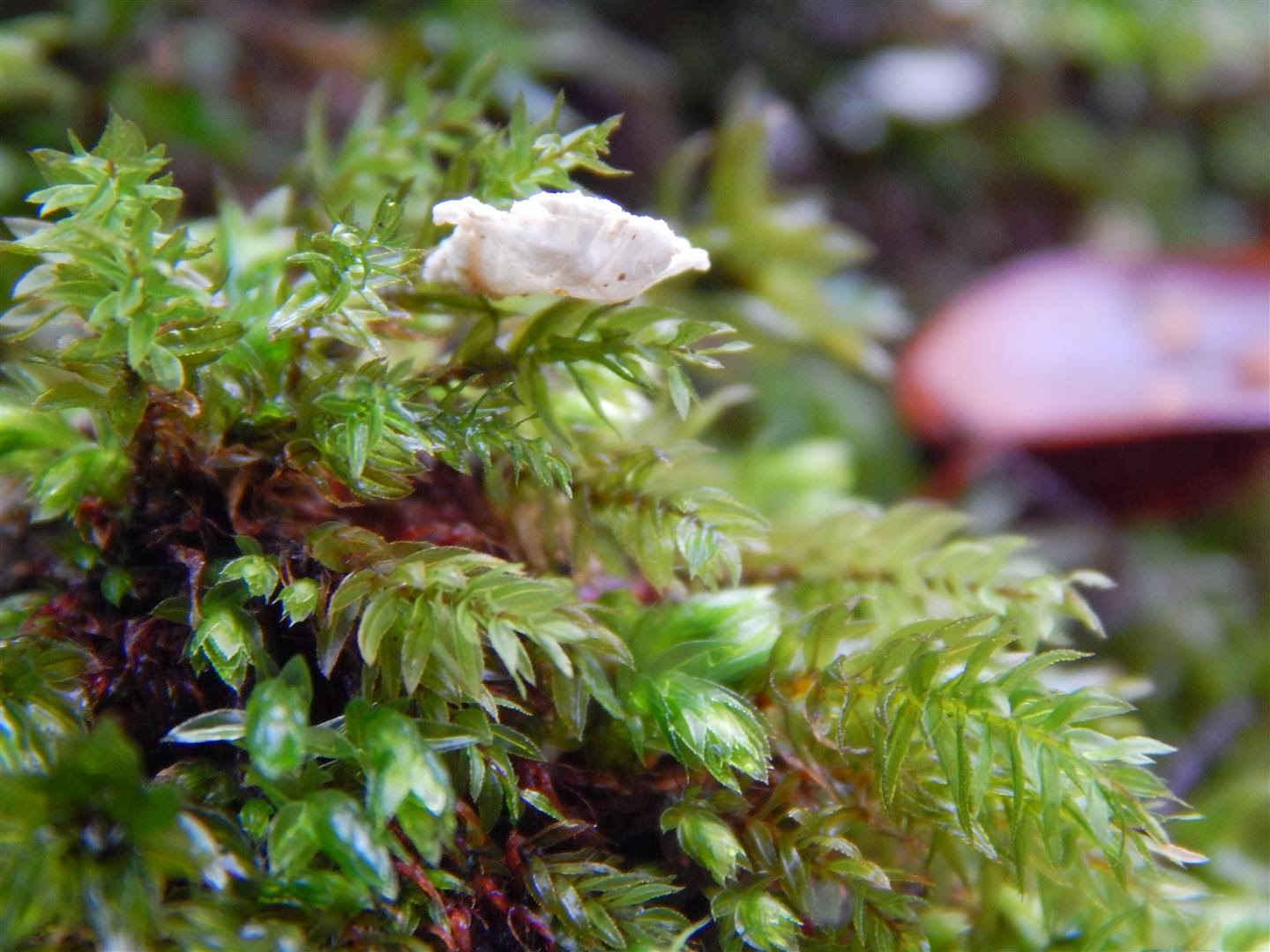 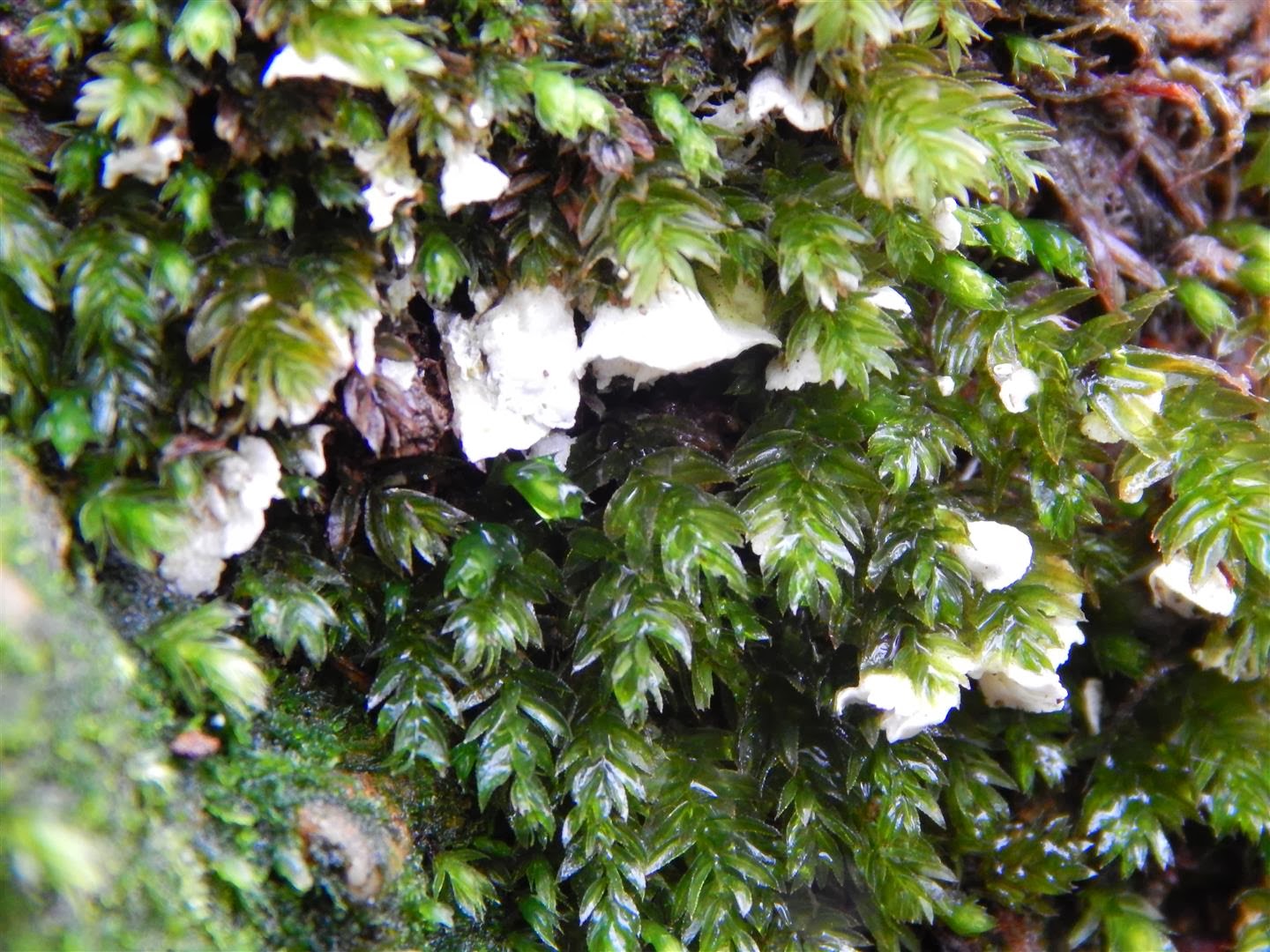 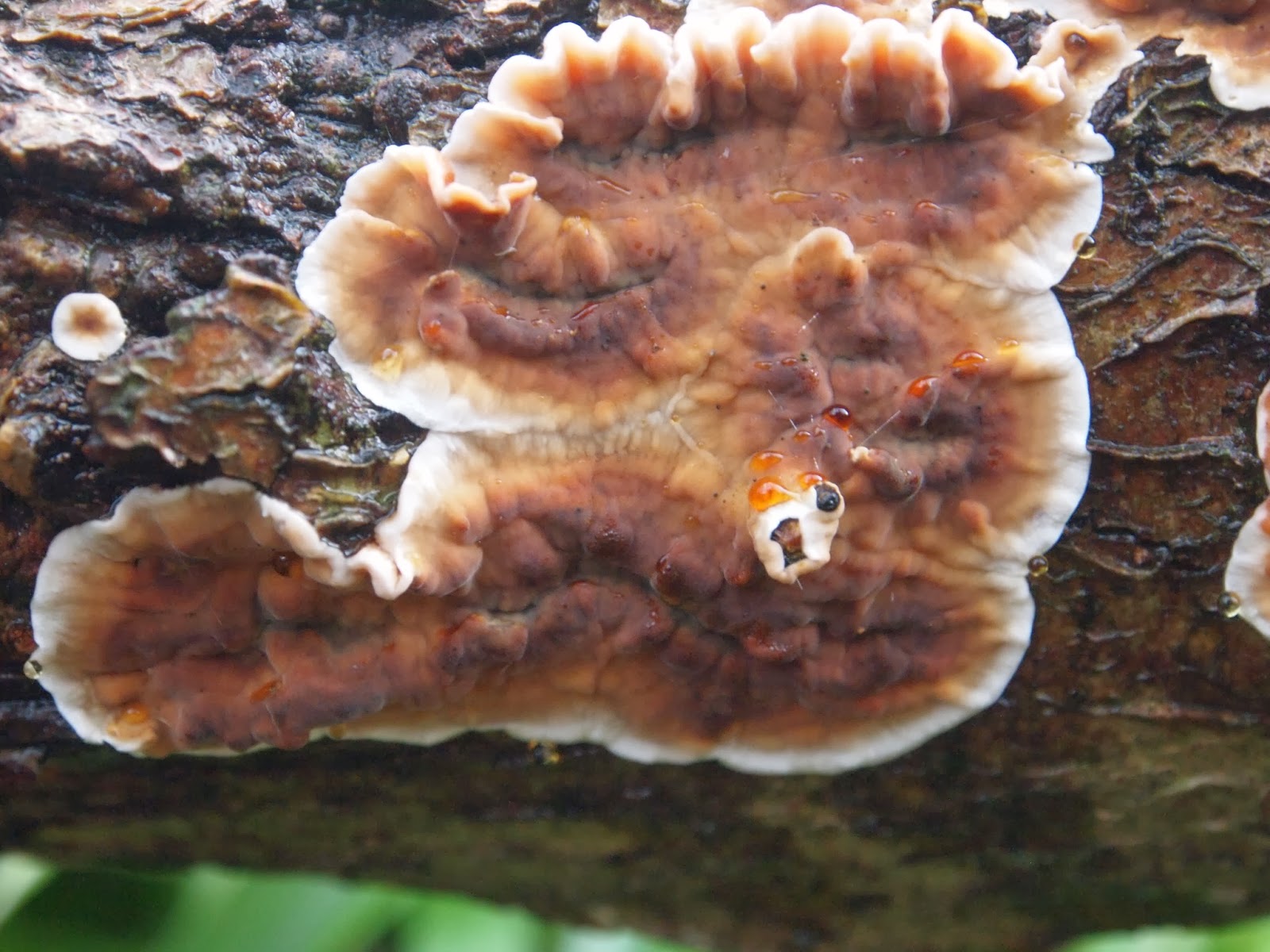 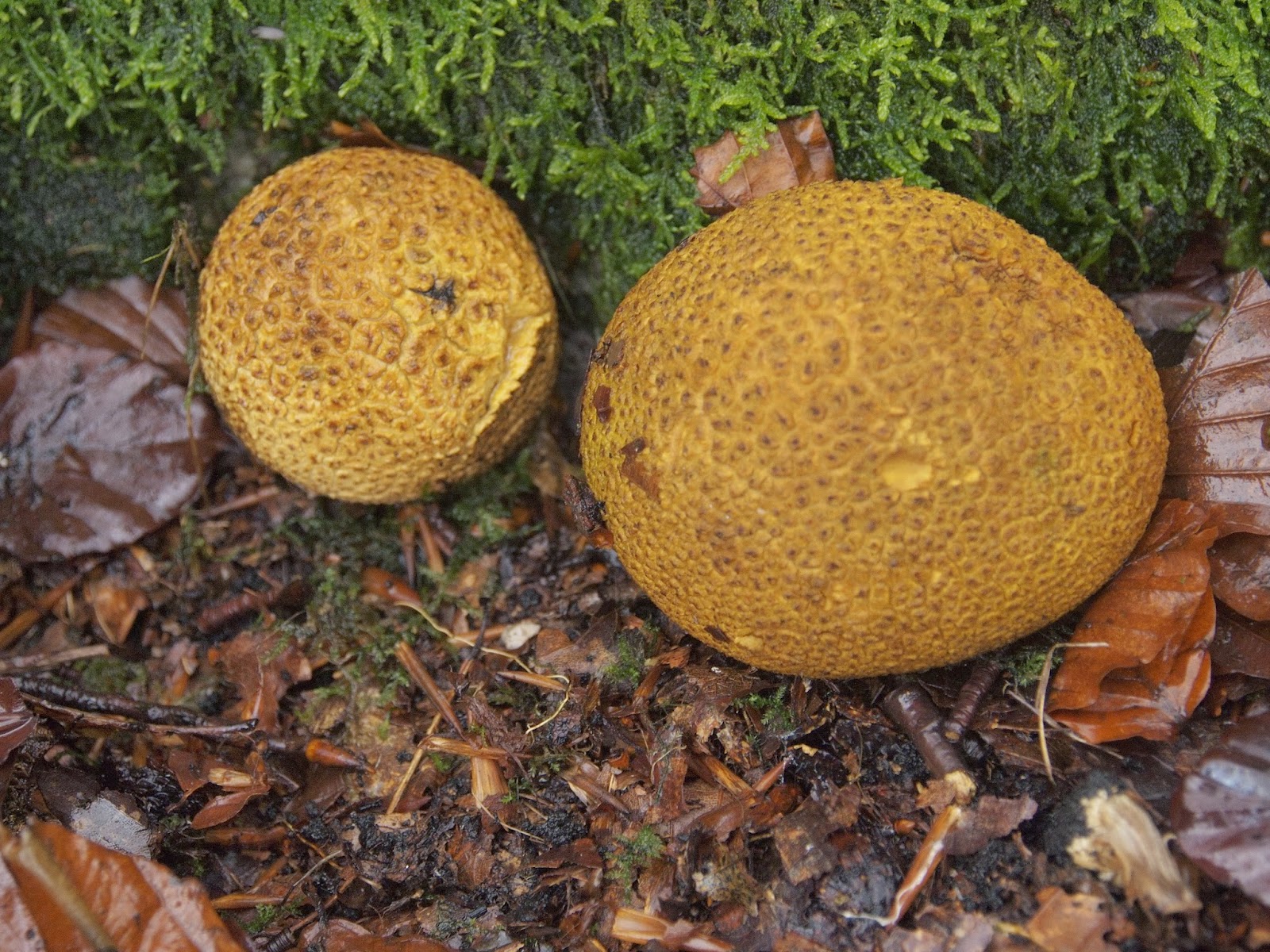 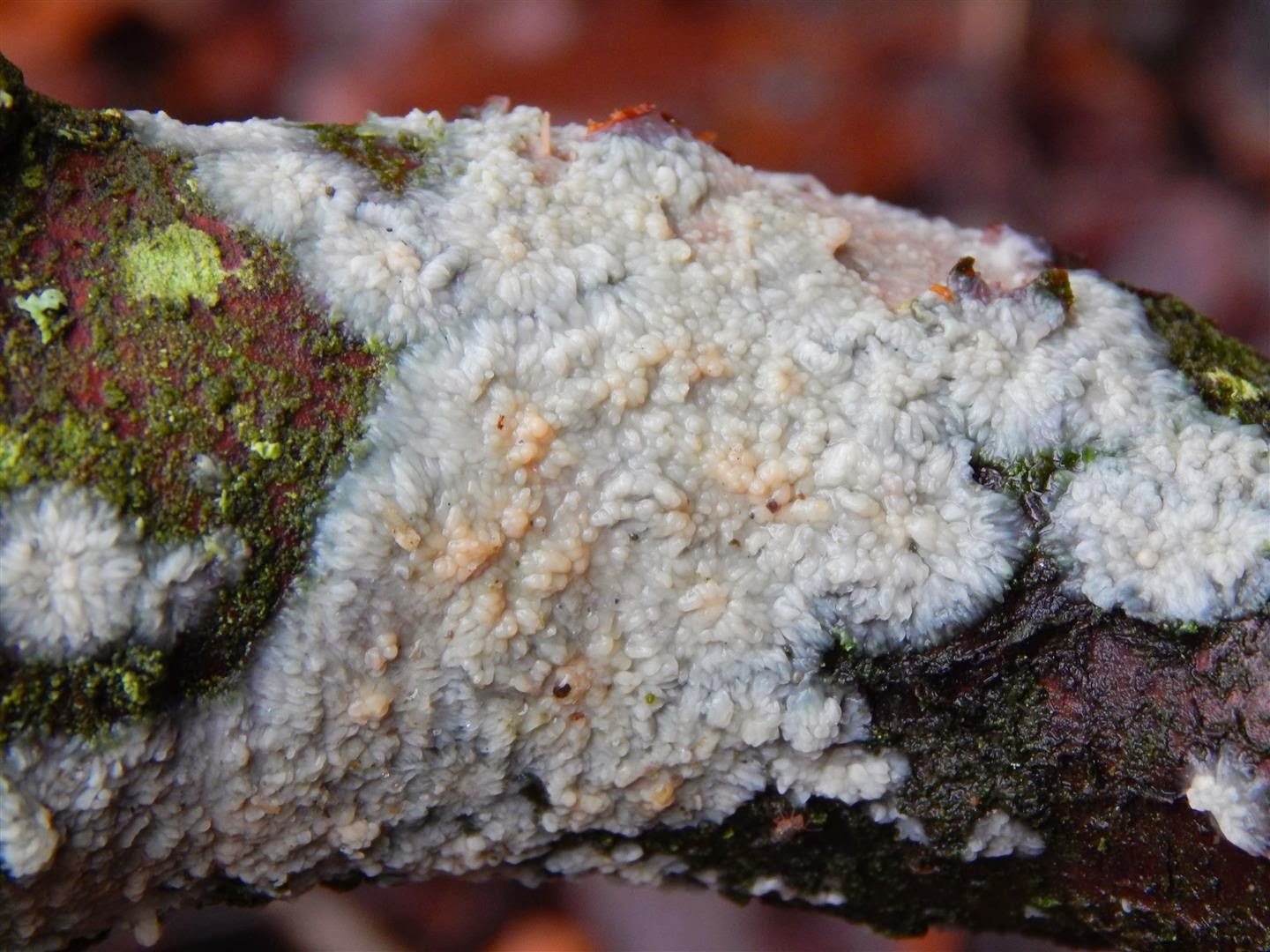 Wrinkled Crust (Phlebia radiata) - above and below. I seem to see this every time I go out at the moment. Steve's photos. 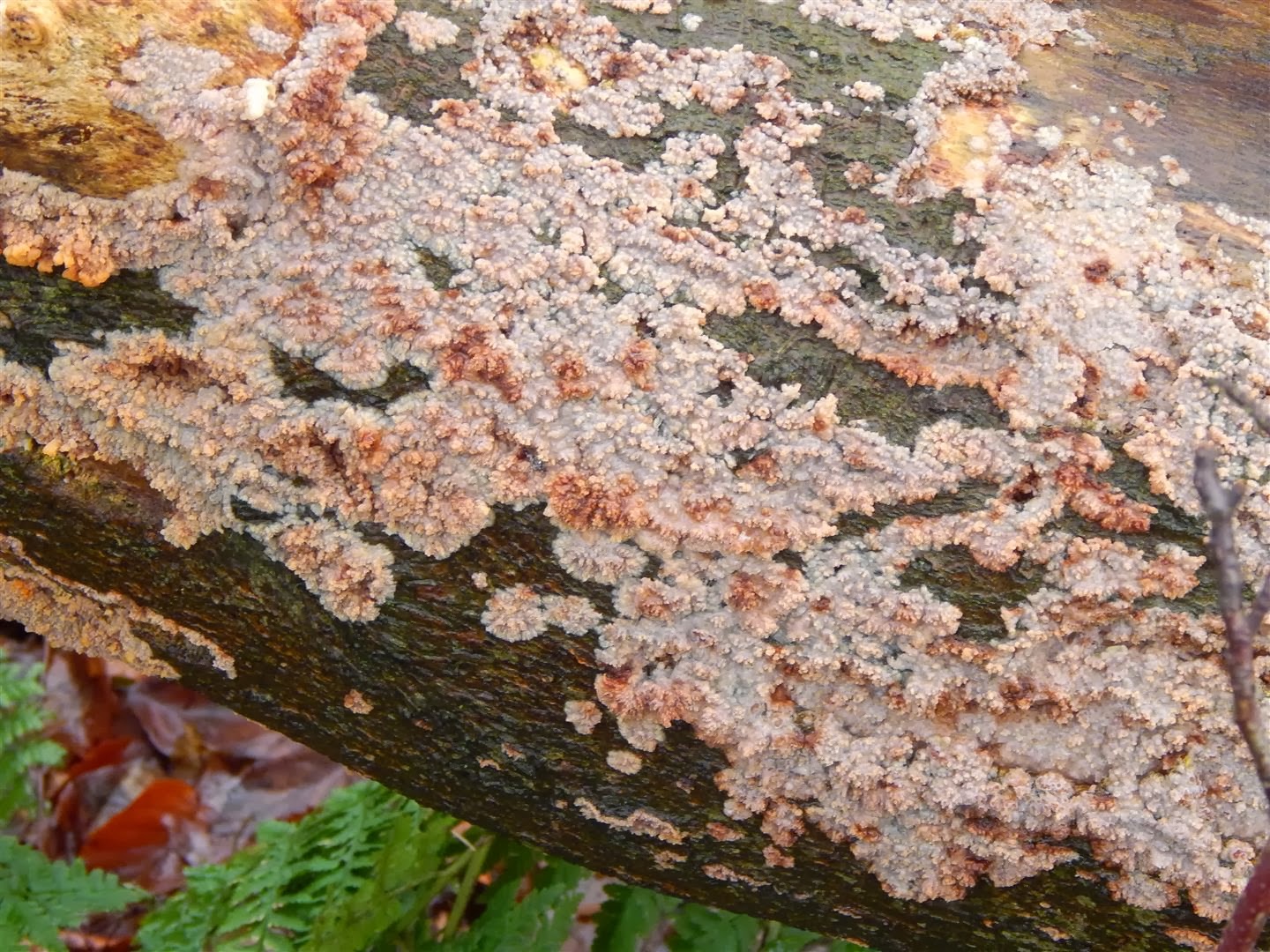 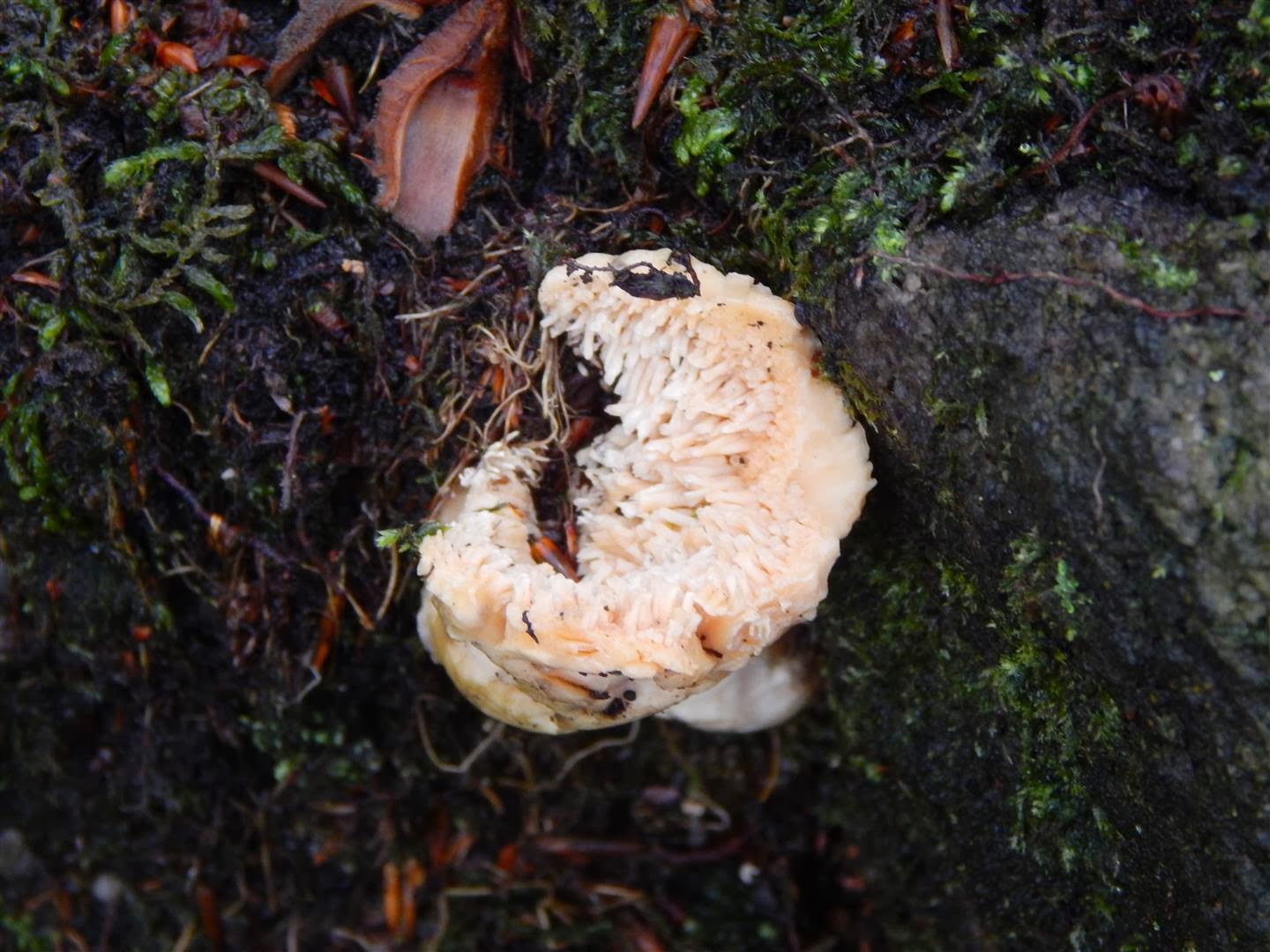 An inside out Wood Hedgehog (Hydnum repandum). Steve's photo above and mine below. 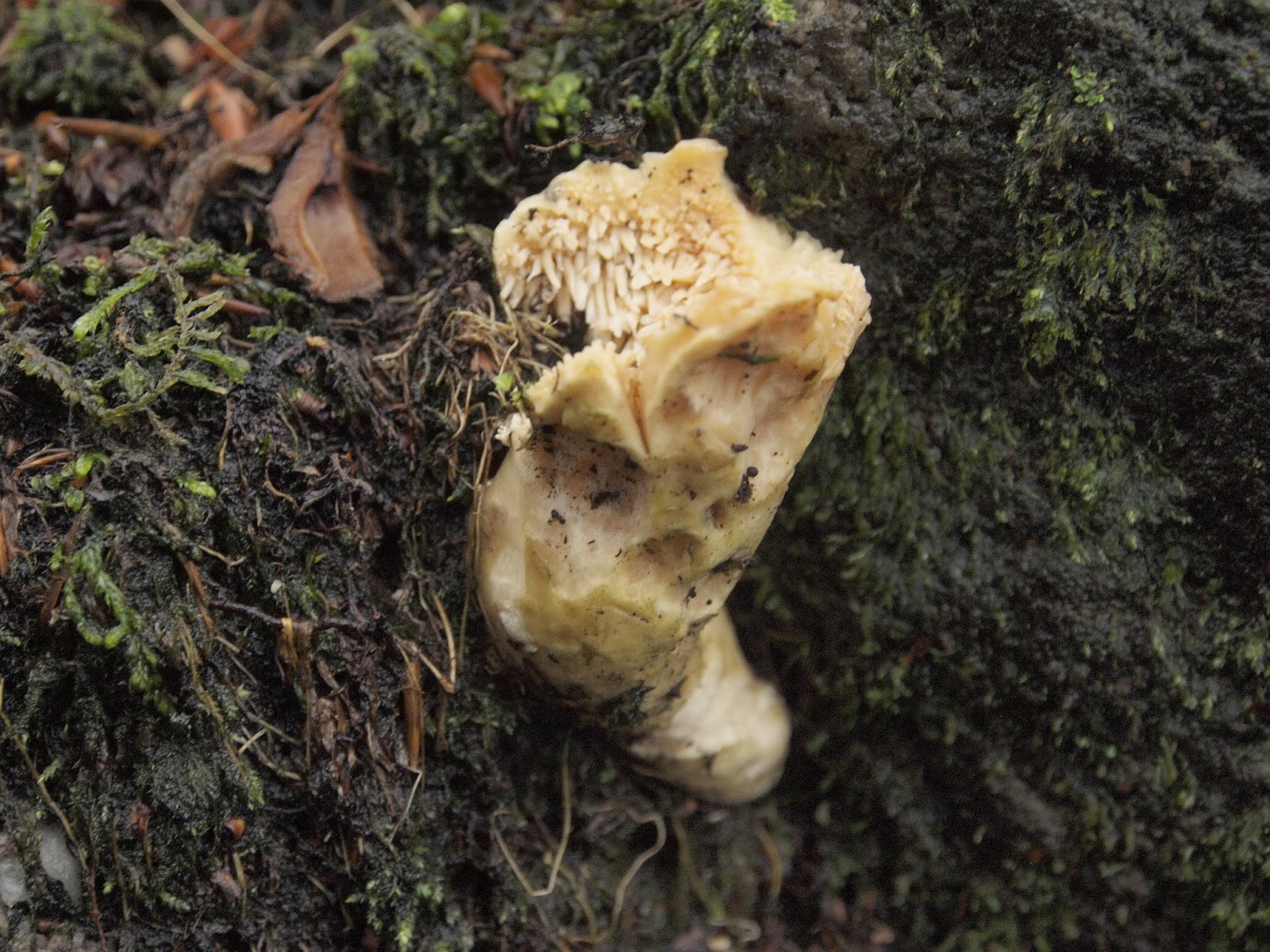 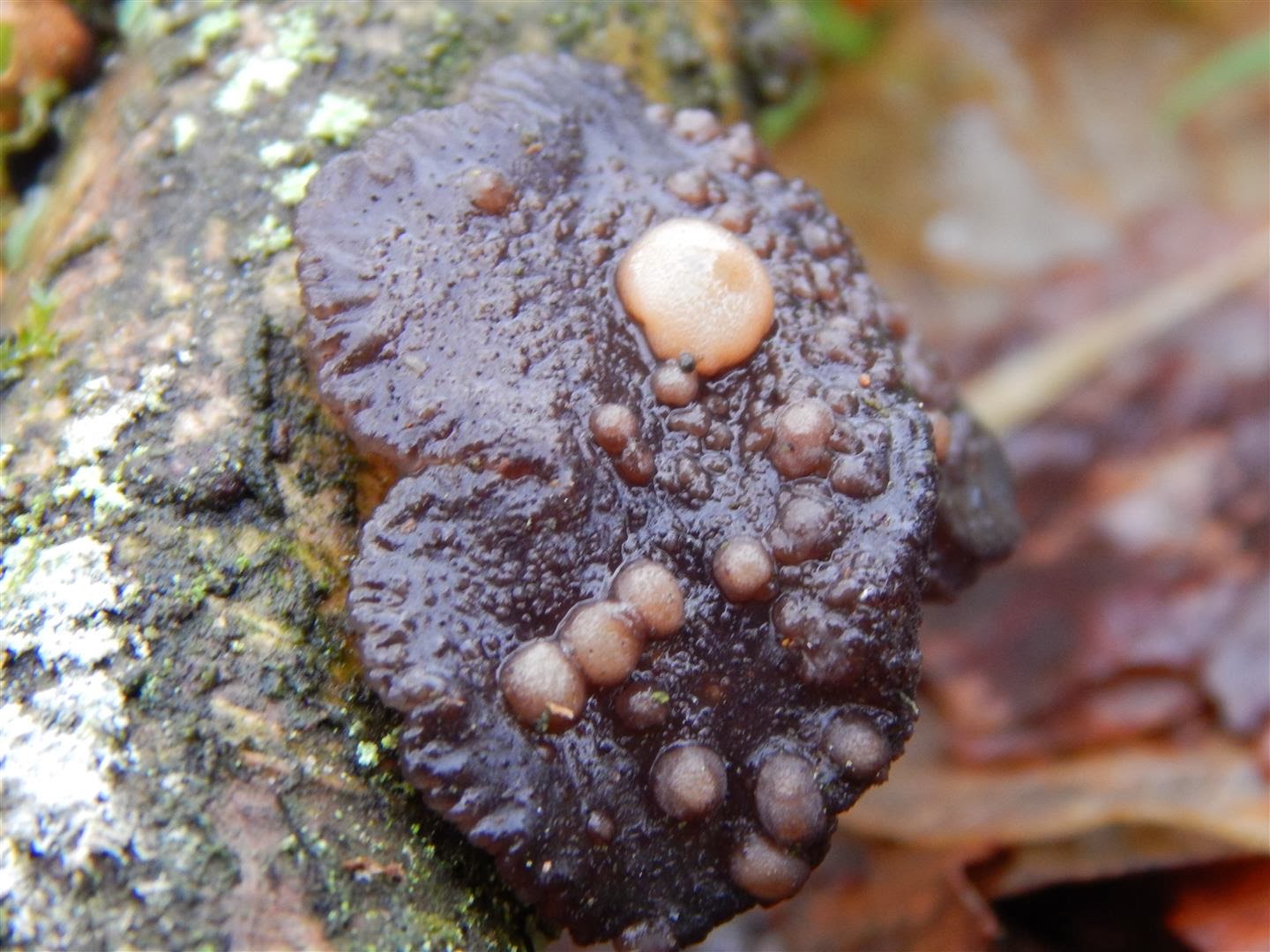 I thought I would leave the best find until last. We came across what we thought was just Witches' Butter but on closer inspection we found these pale warts were  parasitising the Exidia glandulosa. They are Heteromycophaga glandulosae, a species first described in 1993 and was initially said to be restricted to southern counties but there are now a few records coming from the northern counties too. They have been described as rare and I can only find a few records online and very little information about them too. Has anyone else seen this as I would be very interested in any other sightings. 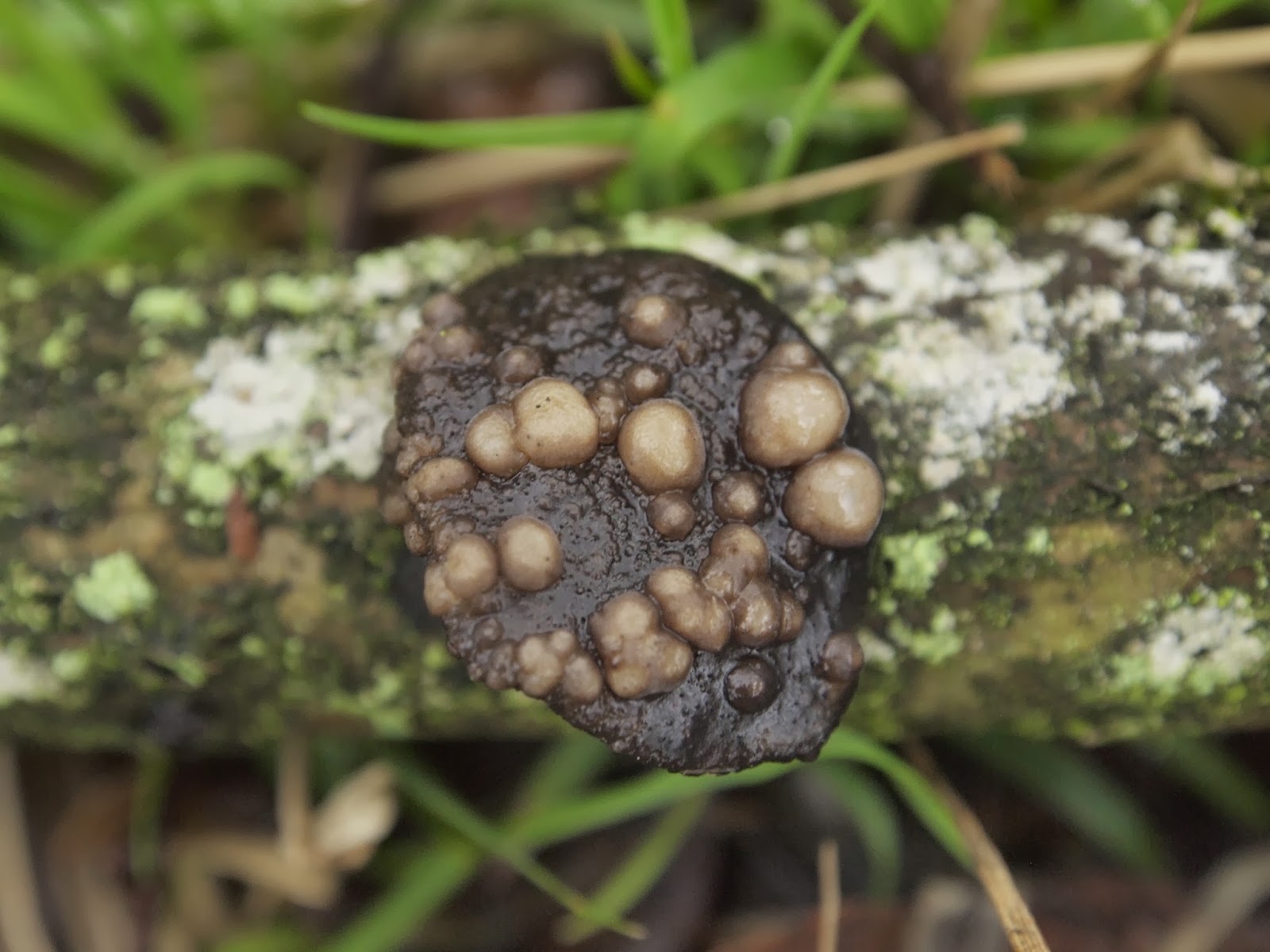